P-p-p-pick up a prison sentence! Zoo keeper, 25, faces jail after breaking into his old workplace and stealing exotic birds worth £25,000 – including two penguins named Pablo and Penny

A former zoo keeper has been told to expect up to five years in jail after he broke into his old workplace and stole £25,000 worth of animals – including two penguins.

Bradley Tomes, 25, was caught after he sold two tiny Humboldt penguins named Pablo and Penny on Facebook to an animal rescuer.

The rescuer checked their microchips, found out they had been stolen and contacted the police.

He cut a hole in the side of an aviary late at night to steal some rare tropical birds. 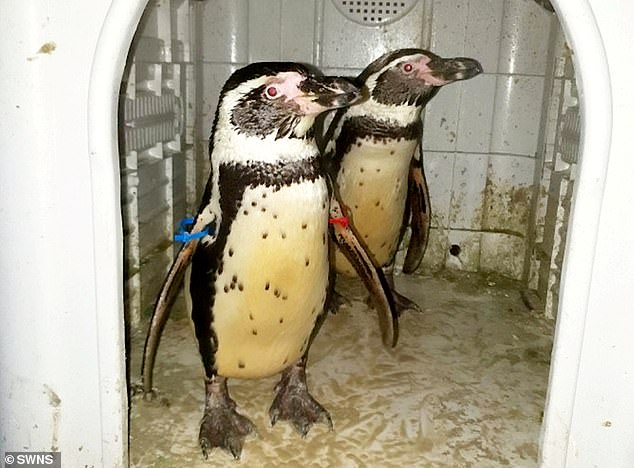 Bradley Tomes, 25, was caught after he sold two tiny Humboldt penguins (pictured) named Pablo and Penny on Facebook to an animal rescuer

Tomes, from Preston, pleaded guilty to stealing, transporting and selling 12 spoonbill birds on July 22, 2018 and then two Humboldt penguins and three macaws on October 27 of the same year.

Magistrates decided their sentencing powers were not enough and sent the case to Preston Crown Court, where he could face up to five years in jail. The maximum sentence a Magistrates’ Court can pass is 12 months’ jail time.

He is due to be sentenced on October 16.

Prosecutor Lee Dacre told the court: ‘On July 22 when staff opened up they saw a hole had been cut in the perimeter fence of the aviary and exotic birds had been extracted, valued at around £20,000. 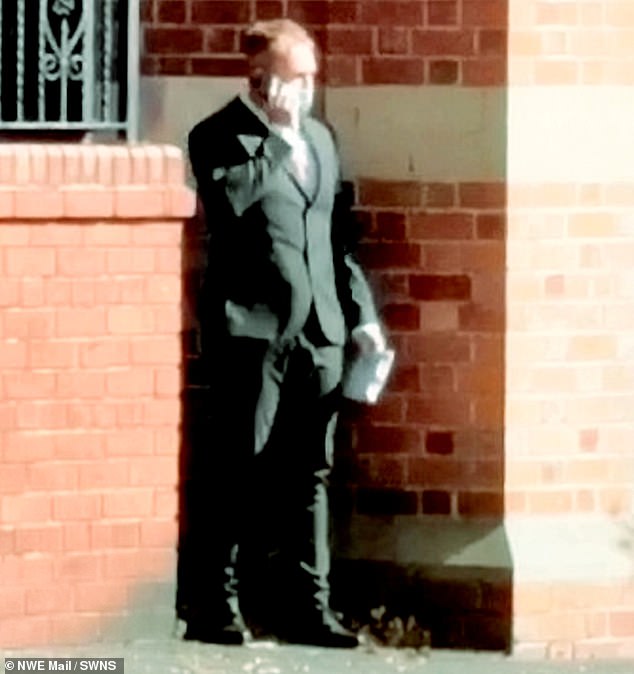 Tomes (pictured) pleaded guilty to stealing 12 spoonbill birds on July 22, 2018 and then two Humboldt penguins and three macaws on October 27 of the same year

‘Their suspicions fell on the defendant. He had worked there previously as bird keeper and had previously asked if he could buy some of the animals.

‘Initially enquiries by Lancashire Police did not come up with anything.’

Mr Dacre then described how the animals came to be returned to the zoo.

He said: ‘On January 16 an animal collector who bought the penguins on Facebook contacted vets saying they were in bad health.

‘The defendant asked the person not to contact the police and he would refund him the money.

‘Staff from the zoo travelled to the collector’s address and tags on the birds confirmed they were stolen. 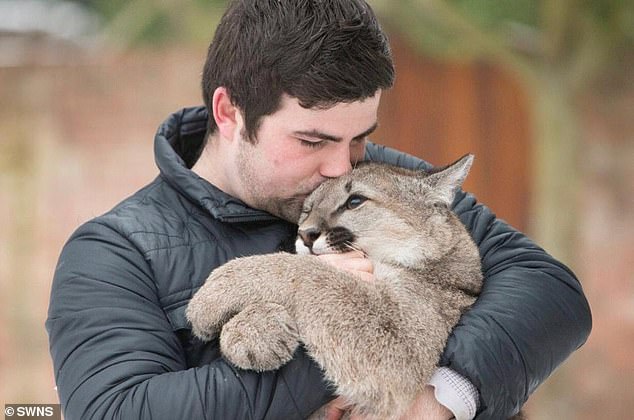 Reece Oliver, 27 who alerted police to two stolen penguins. Mr Oliver, a show jumper who keeps other exotic animals, bought the two penguins in early January after seeing them advertised on Facebook

‘Staff were able to pick up the penguins.’

The court heard the defendant was convicted of animal neglect and sentenced to 20 weeks in prison suspended for a year in July 2019.

Following the hearing Reece Oliver, who bought the penguins, described buying them from the defendant in a straw box.

Mr Oliver, a show jumper who keeps other exotic animals, bought the two penguins in early January after seeing them advertised on Facebook.

But he discovered the pair – who he named Pablo and Penny – had been stolen from a zoo when he checked their microchips on a database.

The 29-year-old said: ‘He seemed suspicious but you have to take people as they come. They were a little bit ill so I called the vet.

‘Penguins are very specialised and they can easily die in the wrong hands. The zoo came to me and it all worked quite well in the end.

‘I just hope the penguins are OK.’

Sergeant Andrew Browning, of Nottinghamshire Police, who worked on the investigation, said it was ‘one for the books’ and the penguins ‘made everyone laugh’.

He added: ‘My first thought was this is one for the books, and one to tell the grandkids, because there’s no way we thought we would go down there and actually find two penguins.

‘It was an unusual one. Even when we went down to custody it made everyone laugh, particularly the custody sergeant who was booking us in.

‘It was a real off-the-wall find.’

Humboldt penguins are native to South America and are named after the current of water they swim in, which takes its name from Prussian explorer Alexander von Humboldt.