Kristy Hourigan stumbled across the Euroa Caravan Park during a road trip four years ago and immediately sensed an opportunity when she saw it listed for sale.

The reviews, she recalls, were terrible.

“It was in the best spot in town but it was extremely run down. It was a huge eyesore,” she says.

Ms Hourigan and her partner bought the caravan park and moved in with their young children, leaving behind her corporate career and home in Frankston. 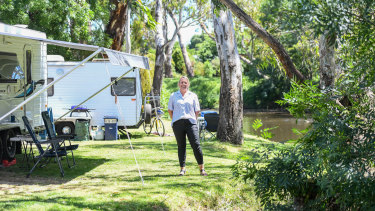 They set about revamping the tired old park, upgrading cabins and tending the gardens. “We’ve more than tripled the patronage,” she says.

Ms Hourigan quickly settled into the town within the Strathbogie Ranges Shire, where she soon leapt on another opportunity – running for council elections.

This month she helped to make history by winning a seat on the shire council, which has a majority of women for the first time.

She is among a growing number of progressive women who ran successfully in local council elections across regional Victoria.

“I want progress for my kids,” she says. “I want them to have a town that’s progressive, not one that takes so long to do anything.”

There was a near-complete turnover of councillors at the Strathbogie Shire, with the longest-serving councillor notching up less than a year after winning a byelection in March. 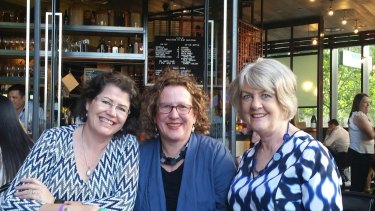 Local government equality expert Ruth McGowan says 43.8 per cent of councillors elected this month were women, compared to 38.8 per cent in 2016.

Across Gippsland, apart from South Gippsland where there was no election, the number of female councillors rose from 25 per cent to 38 per cent. In total, 23 out of 76 councils elected a majority of women.

Ms McGowan believes the parochialism that was a prerequisite for candidates in some areas is subsiding, particularly as Melburnians make tree or sea changes.

But some municipalities already had a long history of progressive voting and acceptance of diverse views, she insists.

Ms McGowan moderated a Facebook group offering tips and sharing advice for women contesting the local council elections. When challenges arose for a particular candidate, others would make suggestions about how to respond.

“Every other day we’d be sharing resources,” she says.

While there were some "dinosaur" councils in which women's representation slid backwards, Ms McGowan identified a positive trend overall in regional Victoria.

"It's not just women. It's more diverse young people." 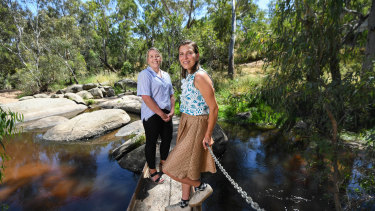 Kristy Hourigan and Sally Hayes-Burke at the banks of the Seven Creek in Euroa. Credit:Joe Armao

Sally Hayes-Burke, who was elected in the same Strathbogie Shire ward as Ms Hourigan, agrees. She argues the council needed “fresh blood and fresh ideas”.

“I wanted to represent the changing demographic we’re experiencing here,” she says. “There’s been an influx of young families. I think it’s important the needs of young families and children are being met.”

Ms Hayes-Burke does have a long-standing family connection to the area and came back to Euroa two years ago after leaving when she was 12.

“I had my first child in Melbourne and about six months later we moved to Euroa,” she says. “I want the country lifestyle for my kids. It’s such a beautiful region.”

Monash University politics lecturer Zareh Ghazarian says there are plenty of high-profile examples of independent female candidates who have won seats at state and federal levels in regional Victoria.

Although the Greens have focused considerable energy on winning local government seats, Dr Ghazarian says councils are fertile ground for candidates who are not aligned with major political parties.

“That gives other candidates that bit of an advantage,” he says. “They’re not competing against the well-oiled machinery of the major parties.”

Euroa Chamber of Business and Commerce president Stephanie Swift says “once upon a time” long-standing generational roots in a community might have been important for a local election campaign. But that is no longer the case.

“If you’ve got a love for the community and you’re willing to work hard for it, people see that in your personality pretty quickly and can judge you from that,” she says.