A WOMAN has told how she was left "shaking like a leaf" after a lone, plain clothed police officer in an unmarked car tried to pull her over.

The woman, 36, had been driving to work on Hedon Road in Hull when she came across a silver 4×4 which flashed its hidden blue lights at her. 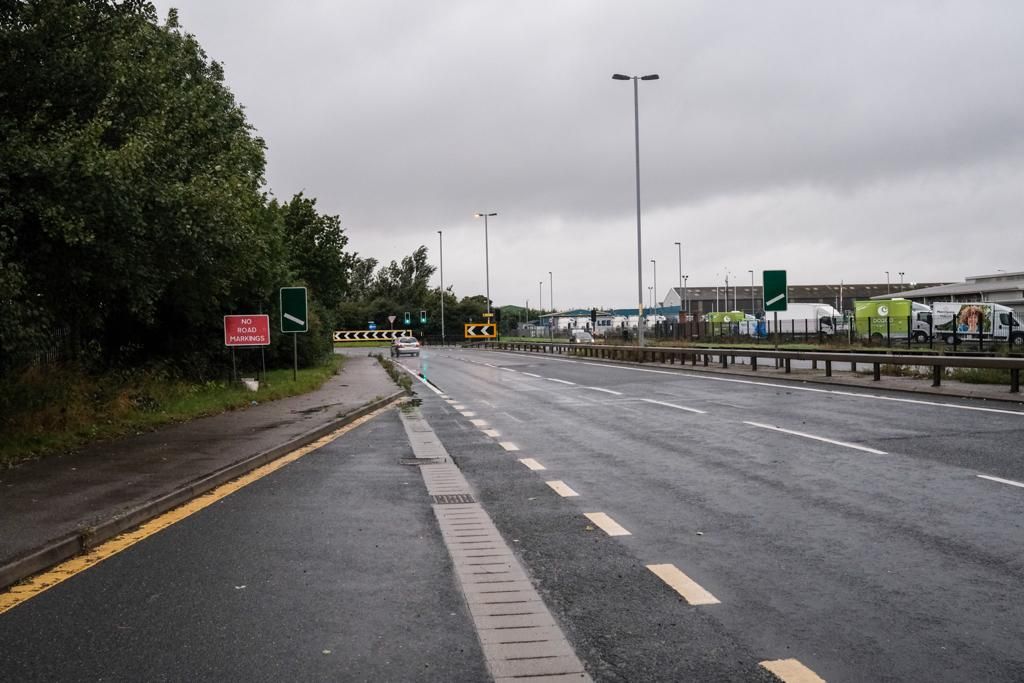 The driver then repeatedly waved at her out of his window and put on his indicators in what she believed was an attempt to make her stop.

The terrified woman couldn't tell if the man, who was not wearing any uniform but a high-vis vest, was a genuine policeman or a fake officer.

She told Hull Live: "I was travelling out of Hedon village on Hedon Road down where the first flyover is. There was a silver Land Rover up ahead that I moved to overtake, there was no way to know it was a police vehicle.

"Before I could overtake him he flashed a little set of blue lights that were down the bottom near the tow bar so I slowed down.

"I slowed down because I didn't want to be caught speeding, when we got to the first roundabout he just carried on doing the same thing, arm out the window telling me to go past.

When I got there I was shaking like a leaf, just the way he was it all just seemed off.

"He kept doing it right up to the Marfleet Roundabout and just before he slowed right down to try and go behind me. He was flashing his indicators trying to get me to pull over."

The woman, who wishes to remain anonymous, said she changed lanes and the man began following her while indicating the whole time.

Two bikers had noticed what was going on and pulled alongside him to look inside his car.

"They immediately dropped back to start following me so I got an idea that something wasn't right. I ended up side by side with the Land Rover and he just didn't react," the woman said.

"He was there in a high vis just looking at the road.

"You'd think if you were trying to pull someone over you'd wave at them to go to the side of the road or something but he didn't even look at me."

After the incident, the Hull woman was so shaken by events that she says she is still experiencing moments of panic when heading to work a week later.

She said: "When we got to the roundabout at Marfleet he took a right turn and sped off. The guys on the bikes spoke to me out the window and stayed with me until I'd got to work.

"When I got there I was shaking like a leaf, just the way he was it all just seemed off. The bikers told me they'd spotted he wasn't in uniform and didn't have the equipment they'd expect so hung around to see what happened."

She called the police straight away and was told not to worry because the car was an official vehicle.

When she followed up the next day she was told the man was an inexperienced officer who shouldn't have been in that vehicle.

Humberside Police confirmed in a statement that the driver had been a serving police officer "undertaking specific police duties"; at the time.

They said they understood the woman's concern and offered to have a senior officer talk to the woman.

They also praised the passing bikers for showing concern.

A spokesperson for the force said: “Following inquiries, we can confirm that the lady’s account aligns with that of the police officer driving the vehicle. The officer was undertaking specific police duties at the time of the incident.

“We understand how this incident could have caused concern and want to thank the person who reported it for showing concern for a fellow motorist.

“We would welcome the chance to speak to the member of the public involved and to reassure her of the officer’s actions.”

It comes after it emerged that serving cop Wayne Couzens used a warrant card and handcuffs to abduct, rape, and kill Sarah Everard, 33, earlier this year.

He stopped her on a street in South London claiming to be an undercover officer arresting her for breaching Covid lockdown laws.

He then drove her handcuffed to Kent where he raped then strangled her with a police belt.

Policing minister Kit Malthouse has now said people have a right to check an officer's credentials "before complying" if they have any "doubts".