Woman, 32, is hit with £369 court bill after failing to pay £200 fine for holding party attended by up to 50 people at her house during lockdown

A woman has been hit with a £369 court bill after failing to pay a fine for holding a house party attended by dozens during lockdown.

Ivana Dunkova, 32, was handed a £200 fine during the second coronavirus lockdown last November after police were called to a gathering at her home in Stoke-on-Trent.

The woman, who had up to 50 people inside her address, failed to pay the fine and so the case was brought to North Staffordshire Justice Centre.

Prosecutor Emma Thompson said: ‘Just before 8pm on November 21, police were informed there was a large gathering of between 40 and 50 people taking place at a property in Upper Normacot Road. 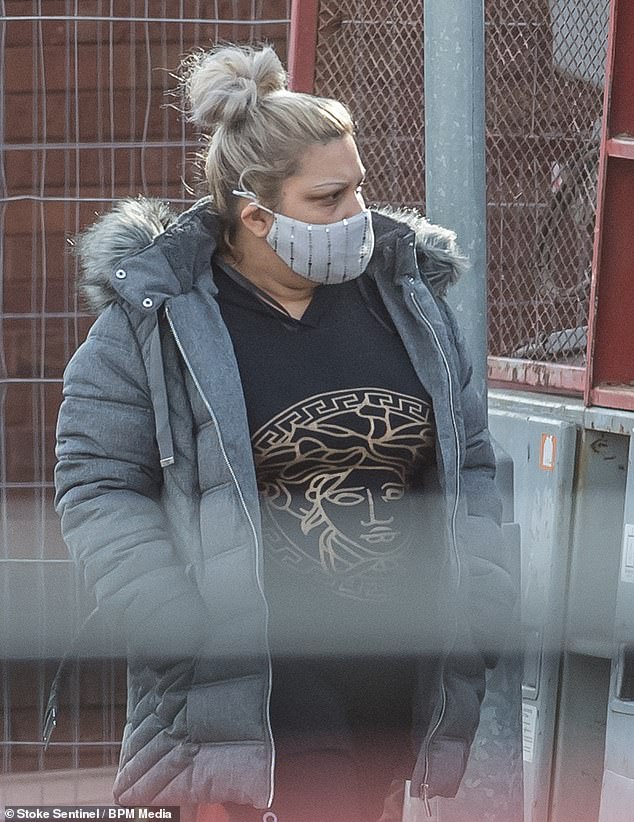 ‘At the time the rules were that no-one was allowed inside your property who did not live there.

‘On arrival, police saw three males leaving the address. They knocked on the door and this defendant answered the door.

‘Officers spoke to her and told her she was contravening the requirements to not participate in an indoor gathering.

‘She was issued with a fixed penalty notice for £200, which she has not paid. That is why she finds herself in court today.’

Dunkova, from Slovakia, pleaded guilty to participating in an indoor gathering in breach of Covid-19 restrictions.

Speaking through an interpreter, she told magistrates the gathering was to pray for her late uncle. 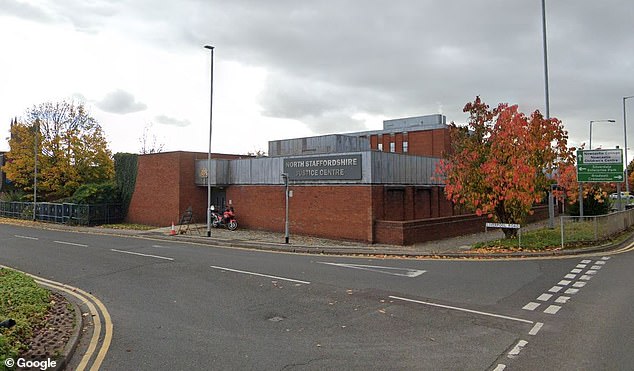 The woman, who had up to 50 people inside her address, failed to pay the fine and so the case was brought to North Staffordshire Justice Centre (above)

She said: ‘My uncle had passed away. In my country we have a tradition that before someone is buried all the family have to pray for them.

‘They came to pray for a short time and then left.’

She added that she had wanted to pay the fixed penalty notice but did not know how because she doesn’t speak English.

Magistrates fined Dunkova £200 and ordered her to pay an additional £169 in court costs and charges.

Joanne Fox, chairwoman of the bench, said: ‘The rules are the rules, and they are there for public safety at this very difficult time.

‘There have been lots of people that have lost loved ones and would like to pray for or grieve those loved ones but have not been able to because of the rules.’