A convicted wife-killer is trying to use the revelation that Nicola Gobbo worked as a police informer to demand a fresh investigation into his case, alleging he lost his 1999 murder trial because of a betrayal when she briefly represented him following his arrest.

On Wednesday the Royal Commission into the Management of Police Informants published statements from a number of former clients who allege they are victims of miscarriages of justice due to the former barrister's involvement in their cases. 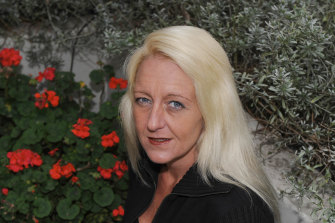 The statements, which were tendered in early 2019 shortly after the royal commission was announced, include many from criminals such as Zlate Cvetanovski, Francesco Madafferi and others whose cases have since come under scrutiny by the inquiry or are being challenged through court appeals against their convictions.

Others were written by former clients who claimed they were victims of miscarriages of justice simply because Ms Gobbo was now known to have been co-operating with police at the time she represented them, and they were later convicted.

Among them is Tony Kellisar, who strangled his wife Svetlana Podgoyetsky in 1997 and was sentenced to 22 years in jail. Ms Gobbo appeared for Kellisar at a Magistrates Court hearing following his arrest in November 1997. He claims he provided Ms Gobbo and another lawyer with information and instructions that would have proved his wife’s death was accidental. 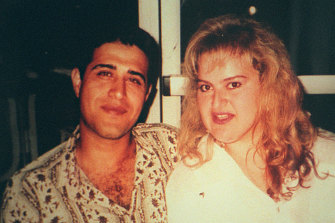 "I instructed Nicola that I want her to get a record [redacted] to demonstrate the nature of difficulty in my marriage. I also raised other issues that could have been used in trial as a cause of long-term trauma leading to provocation and loss of self-control in the car," he wrote to the royal commission.

Ms Gobbo acted for Kellisar for only a brief period, and he was represented by different lawyers at his murder trial in the Supreme Court in 1999.

Kellisar entered a plea of guilty to manslaughter but a jury found him guilty of murder.

In a stinging rebuke when it reject his appeal application, the Court of Appeal said that given the "premeditated and carefully planned murder" of his wife, Kellisar should "count himself lucky not to be serving a life sentence".

But since learning about Ms Gobbo’s past, Kellisar has alleged to the royal commission that his one-time lawyer poisoned his defence by leaking information to the media and police. He also claims the other lawyer with Ms Gobbo had a pre-existing relationship with his wife's family, which led Kellisar to sack them both.

"I sincerely believe that Nicola compromised my case and chance to prove that I had no intention of murdering my wife," he wrote. "Consequently, I believe that police were able to pre-empt and counter my defence and evidence with new statements and full of statements of opinions from my family-in-law."

Kellisar offered no proof substantiating his allegations but told the royal commission he was "happy to provide that assistance".

While Ms Gobbo had been working on and off as a police informer since the mid-1990s, no publicly available documents from the royal commission attribute any weight or validity to Kellisar's claims.

The royal commission heard that Ms Gobbo's informing was focused on clients or associates involved in organised criminal activity such as drug trafficking, money laundering and underworld shootings or murders-for-hire.

The inquiry has identified 124 criminal convictions tainted by Ms Gobbo's double life as a barrister-turned-informer, although the identities of most have remained secret at the request of police or the individuals affected.