A Kansas police officer was in critical condition Saturday night after being shot multiple times by a suspect during a call in Wichita, police said.

The suspect opened fire on two officers who were attempting to conduct a welfare check at the home in the southern part of the city around 10:15 p.m. local time, Wichita Police Capt. Wendell Nicholson told reporters in a late-night briefing.

The officer was rushed to a hospital. 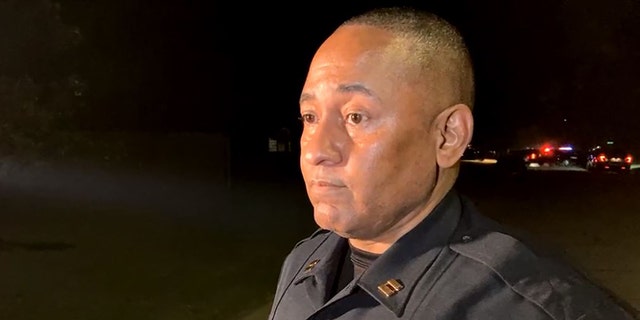 The suspect continued to fire as more officers arrived and was killed in a shootout.

The officers were attempting to check on a woman who was inside the home along with another woman at the time of the shooting, Nicholson said without going into further detail.

Neither the slain officer nor the suspect has been identified by police.

There were no reports of any other officers being shot.