A photo of the president and first lady visiting the former presidential couple has gone viral.

The photo shows the two couples smiling at the camera making the Carters look miniature as the Bidens tower over them. 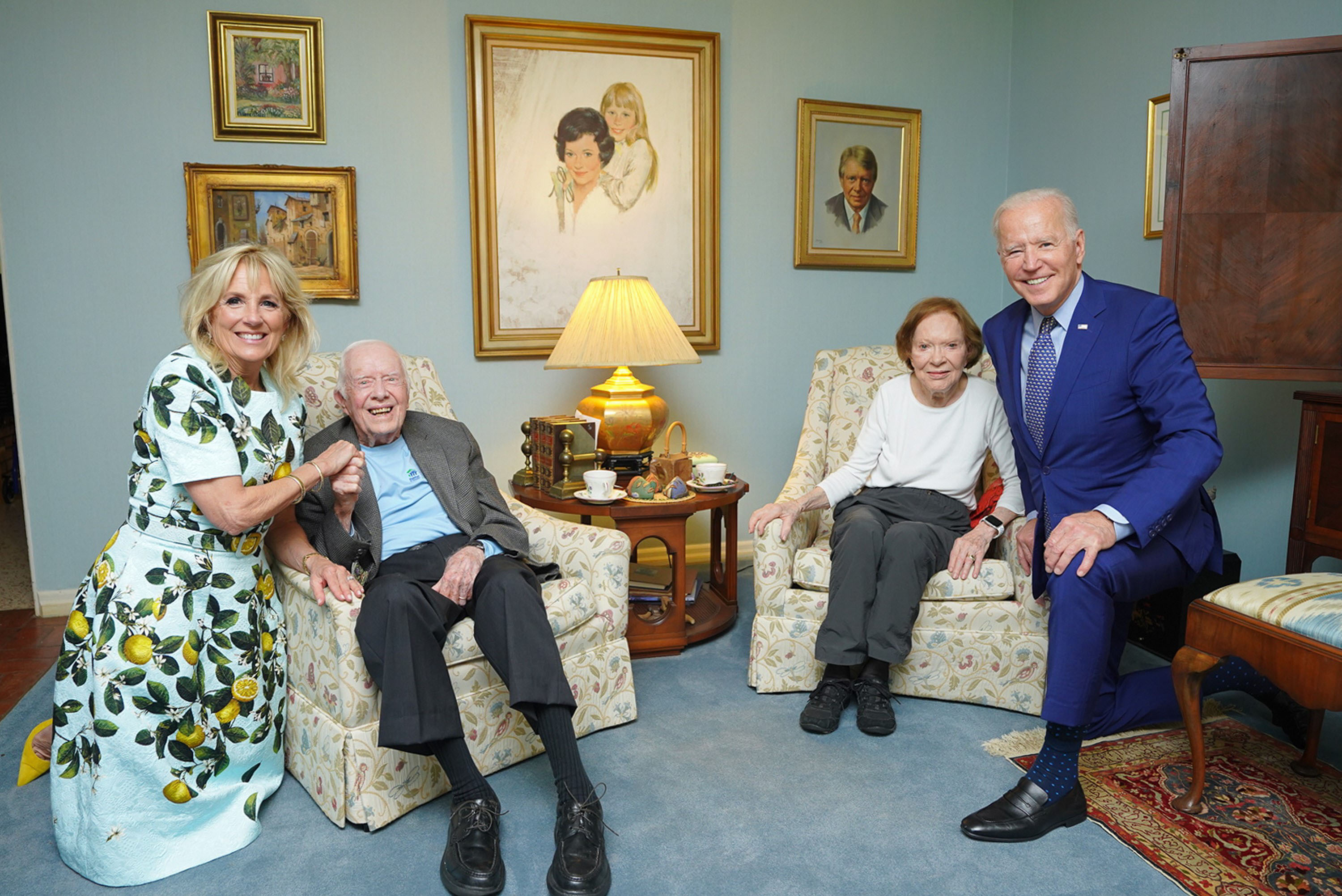 Why is the picture of Joe Biden and Jimmy Carter going viral?

President Biden celebrated his 100th day in office Thursday in Georgia beginning his "Getting America Back on Track" tour.

During his trip to Georgia, the Biden's had a private meeting with former President Jimmy Carter and his wife Rosalynn.

A photo of the two couples has gone viral as it appears that the Bidens are giants in comparison to the elders.

The photo has confused and entertained the internet as people question the distorted proportions. 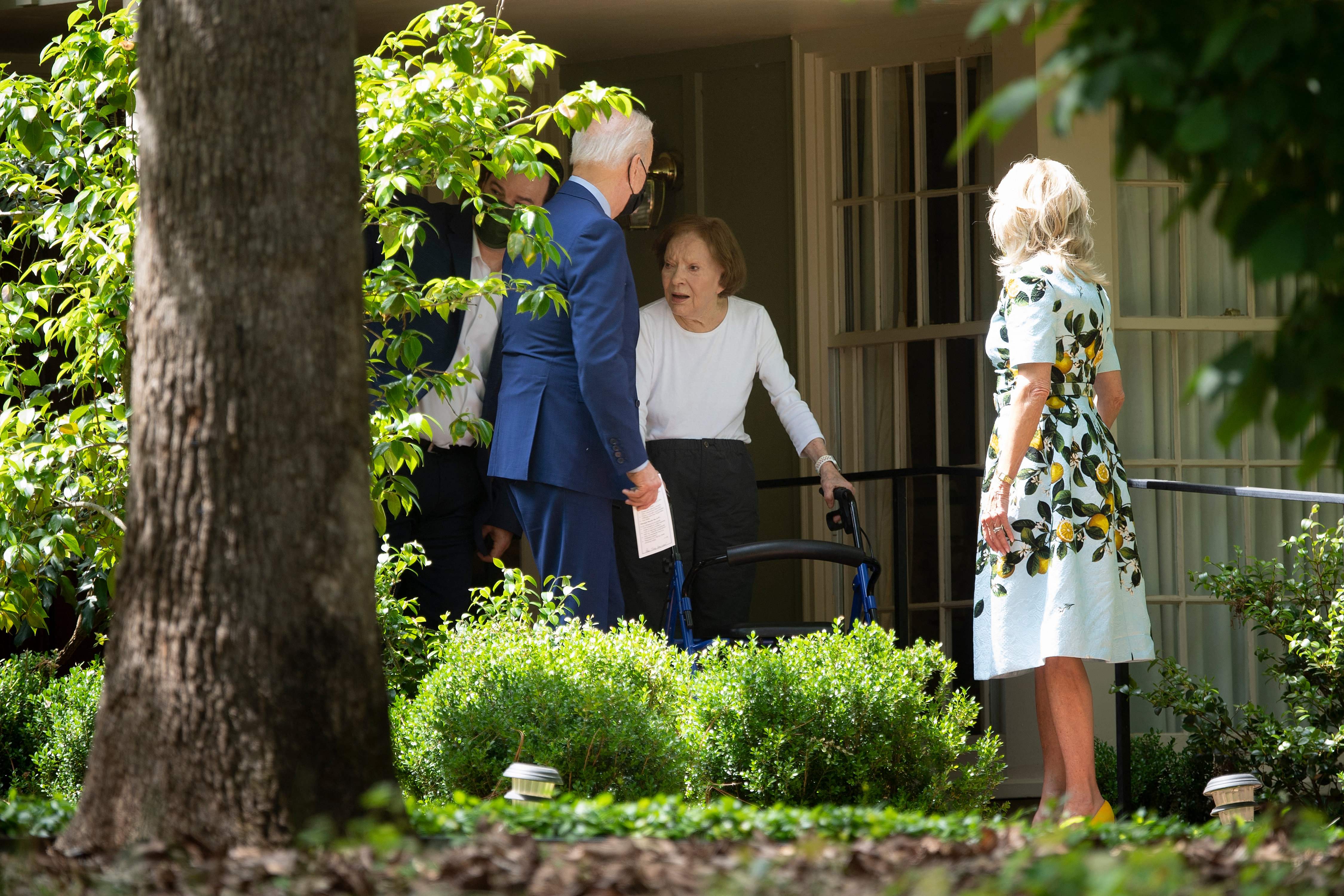 Why do the Bidens look so giant?

Although aging is known to have people's bodies shrink, the Carters are not as miniature as they appear in the viral picture.

While the Bidens are taller than the Carters, the proportions in the image are distorted due to the use of a wide-angle lens.

Using a wide lens while standing very close to the subjects distorts the photo, making those close to the camera appear giant while shrinking those further away.

What are people on Twitter saying about the viral picture?

The comical photo has taken the internet by storm after the official Carter Center twitter account tweeted the photo.

Twitter user @DeonardoLeVinci "fixed" the photo by reversing the proportions of the photo.

@sistercelluloid replied to the photo joking, "We voted for Biden because he's a decent human being with sound policies but also because he and Jill are giants who will crush you if you make them angry."

While @thetylerpaige asked, "Why Joe look like a ventriloquist?"

Others compared the scene to movie settings such as Buddy in the North Pole in ELF or Gandolf visiting Frodo's house in Lord of the Rings.

Why did the Bidens meet with the Carters?

This visit marked the first time that the couples have met since Biden's inauguration since the Carters did not attend due to their old age and the coronavirus.

Biden commented on the private meeting saying, "It was great to see President Carter. It reminded me that I was the first person to endorse him outside of Georgia."

"And we sat and talked about the old days and he introduced me to a friend of his, a reverend he wanted me to get to know, and Rosalynn was great, too. We just had a nice time. We're old friends."

The White House press secretary Karine Jean-Pierre described the encounter saying, "The President and the first lady have a longstanding friendship with President Carter and Mrs. Carter."

"President Biden actually spoke to them, President Carter, the night before inauguration. As we all know, they were not able to attend. … They had said on that call that they would try to connect after the inauguration, and since they were both in Georgia they wanted to stop by and say hello."