The pandemic has upturned many orthodoxies and expectations. But in this era of wild uncertainty, one thing is sure. There will be another pandemic.

That is why Australia’s enlightened self-interest demands a greater financial and intellectual contribution to global health efforts. Especially the reconstruction of the World Health Organisation. 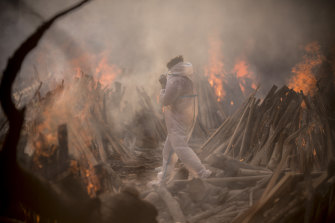 The World Health Organisation is best placed to diffuse the risk from future pandemics to avoid the catastrophic loss of life as we’ve seen in places like India during COVID.Credit:Getty

The budget did little new for those who expect Australia to play its part in global humanitarian and health efforts. While the commitment to sharing vaccines from our own stockpile with poorer nations was laudable, there was no enduring increase to the overseas development aid budget. In fact, the permanent aid spend is projected to drift lower in the years to come and we are now ranked one of the least generous aid donors in the OECD, committing just 0.19 per cent GNI to foreign aid.

However, we do balance against this is the government’s habit of funding specific out-of-budget commitments. These include the half-billion-dollar commitment to Pacific and south east Asia vaccination, a four-year $485 million package of support for south east Asia, and an $80 million COVAX Advanced Market Commitment – the global vaccine co-ordination effort.

Now a new and critical challenge emerges, heeding the lessons of COVID-19 to build a more robust and responsive WHO.

The Independent Panel for Pandemic Preparedness and Response, which was established by the WHO, has spent a year investigating the coronavirus outbreak.

Its report, published on Wednesday, paints a stark picture of the failures that led to the biggest health, social, and economic disaster in living memory. The time it took from reporting a cluster of cases of pneumonia of unknown origin at the end of December to the declaration of a public health emergency of international concern was too long. It also emerged that February 2020 was a “lost month” for containing the spread of the SARS-CoV-2 virus. Rapid and consistent actions from the outset could have made our world look very different today. 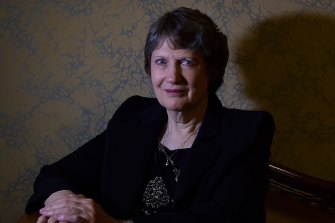 The 28-country study shows there were national leaders who devalued science, denied COVID-19’s severity, delayed responses, and fostered distrust amongst citizens. This was in stark contrast to leaders who – through a whole-of-government, consistent approach – kept citizens safe and contained the virus. They have shown what should have been done everywhere – and what can still be done.

The overall lesson to be drawn from the report – whose authors included former New Zealand prime minister Helen Clark – is that we need greater and better global co-ordination. Robust contributions to a global effort are not charity, but rational investments. This point should not be lost on Australia, an influential player in WHO and the region.

As Asia becomes the epicentre of the global caseload, a retreat into isolationism and vaccine nationalism threatens our hard-won achievement of COVID containment.

In the coming months, there are tangible steps we can and should take. Australia should commit to global efforts to create a vaccine pipeline that can adequately provide 92 low and middle-income countries with at least one billion vaccine doses no later than December 2021, with a goal of reaching more than two billion doses by mid-2022.

Australia should add its influential voice to the push to waive intellectual property rights over vaccines, further reducing barriers to vaccinating low and middle-income countries. This is a big step: vaccine companies need to be encouraged to take the sort of risk they have with COVID-19, but if the waiver is ever to be needed it’s now. Many more countries need to be able to manufacture vaccines, they just need this green light. 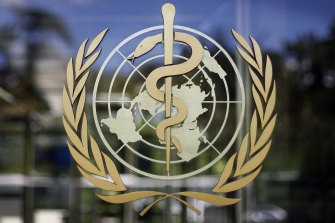 Among a number of key recommendations, the report recommends that the WHO establishes a new global system for surveillance based on full transparency. WHO should have the explicit authority to publish information about outbreaks with pandemic potential immediately without requiring permission from the government concerned. WHO should also be empowered to send experts to investigate pandemic threats in any country at the shortest possible notice. They recommend that the WHO be reformed, strengthened and given more financial independence based on fully undesignated resources and increased member state fees.

It is unarguable that more funding for preparedness and response is required. A new International Pandemic Financing Facility would mobilise up to US$10 billion each year for preparedness, with the ability to disburse US$50 to US$100 billion at short notice in the event of a pandemic declaration.

It’s time to learn from this experience and prepare for the future. Global health isn’t something that we just provide aid funding for. It’s our health too and we need to take action both at home and on the global stage. It’s an oft-used phrase but the hard reality is that the impacts of the pandemic are not over for our nation until it’s over for every nation, no matter their wealth or governance. Vaccine hoarding by wealthy nations is self-defeating. We need to join with other countries to vaccinate everyone to bring this pandemic to an end now. And ensure that the world is far better prepared the next time.

While there’s much Australia should do through formal and informal channels, likely the most influential action would be an unambiguous and bipartisan public expression of just how critical it is to have a strong WHO in pandemic preparedness and response, and of endorsing the report’s pathway to get there.

Jane Halton is chair of CEPI, the Coalition for Epidemic Preparedness Innovations and Prof Brendan Crabb is CEO of the Burnet Institute and president of the Pacific Friends of Global Health.