A GROUP of anti-war protesters were accused of conspiring to incite a riot at the Democratic National Convention in Chicago in 1968.

Their story has since been made into a Netflix film, but it was a landmark moment in the history of the civil rights movement in the US. So, who were the Chicago 7? 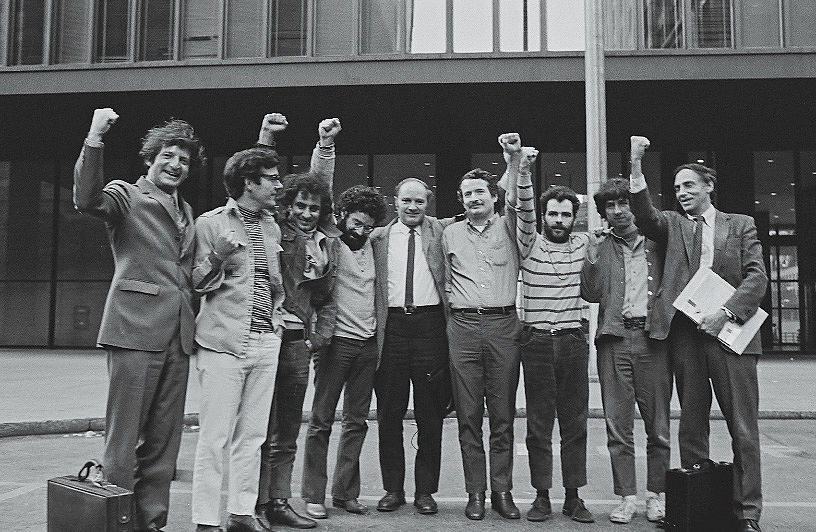 Who were the Chicago 7?

Abbie Hoffman co-founded the Youth International Party movement (Yippies) and was considered a leader of the Flower Power movement.

He was reportedly a troublemaker during his school days and even used to call his teachers by their first name.

Hoffman was an atheist and wrote a paper declaring: "God could not possibly exist, for if he did, there wouldn't be any suffering in the world."

He was part of theFlower Power movement which was rooted in its opposition to the Vietnam war.

Hippies used to dress up in vibrant clothes and wear flowers in their hair. They used to give flowers out to members of the public.

Born in Ohio in 1938, Jerry Rubin was the son of a truck driver who later became a union official.

Rubin ran for mayor of Berkeley, California on a ticket of opposing the Vietnam war, supporting black power, and the legalization of marijuana. He received over 20 per cent of the vote.

His first protest was in Berkeley where he rallied against a grocer who refused to hire African-Americans.

He formed the Vietnam Day Committee – a left-wing coalition of student political groups, unions and pacifist religions – in the spring of 1965.

David Dellinger was a graduate of Yale university and had been a classmate of Walt Rostow, Lyndon B Johnson's National Security Advisor between 1966 and 1969.

Born in 1915, he also studied at Oxford and drove an ambulance in the Spanish Civil War.

He was a conscientious objector during World War Two and had been jailed.

In the 1950s and 1960s, Dellinger participated in freedom marches in the South and led hunger strikes in jail.

Tom Hayden, from Royal Oak, Michigan, was banned from attending his high school graduation ceremony after using the paragraphs of his farewell newspaper column to spell out: "Go to Hell".

In 2016, Hayden ran to be one of California's representatives on the Democratic National Committee. He supported Hillary Clinton in the California primary ahead of the presidential election.

He joined the anti-war movement in 1965.

Davis was the national coordinator of a coalition of around 150 non-violent organisations that went to Chicago to protest during the DNC in 1968.

Davis was friends with Beatle John Lennon and suggested that he should take a 42-city tour to help reinvigorate the anti-war movement.

The first event was held in Ann Arbor, Michigan in 1971 but the tour was abandoned after Richard Nixon tried to get John Lennon deported.

John Froines holds a Ph.D. in Chemistry from Yale university.

He was only one of two members of the Chicago 7 acquitted by the jury on both of the counts charged against them.

Not much is known about Froines but he went onto teach at the University of California in Los Angeles.

Lee Weiner faced the charges of conspiracy and making incendiary devices. He was acquitted of both charges.

He has worked in activism following the trial of the Chicago 7.

He has worked for the Anti-Defamation League and he's participated in protests for Russian Jews and campaigned for more AIDS funding.

What were the Chicago 7 protesting?

What was designed to be a peaceful protest at the DNC turned into a violent clash with cops.

The seven had previously been involved in demonstrations against Lyndon B Johnson's approach to the Vietnam War.

The rally had been largely peaceful but when they headed for the International Ampitheatre, cops resisted – and used tear gas and batons against protesters. 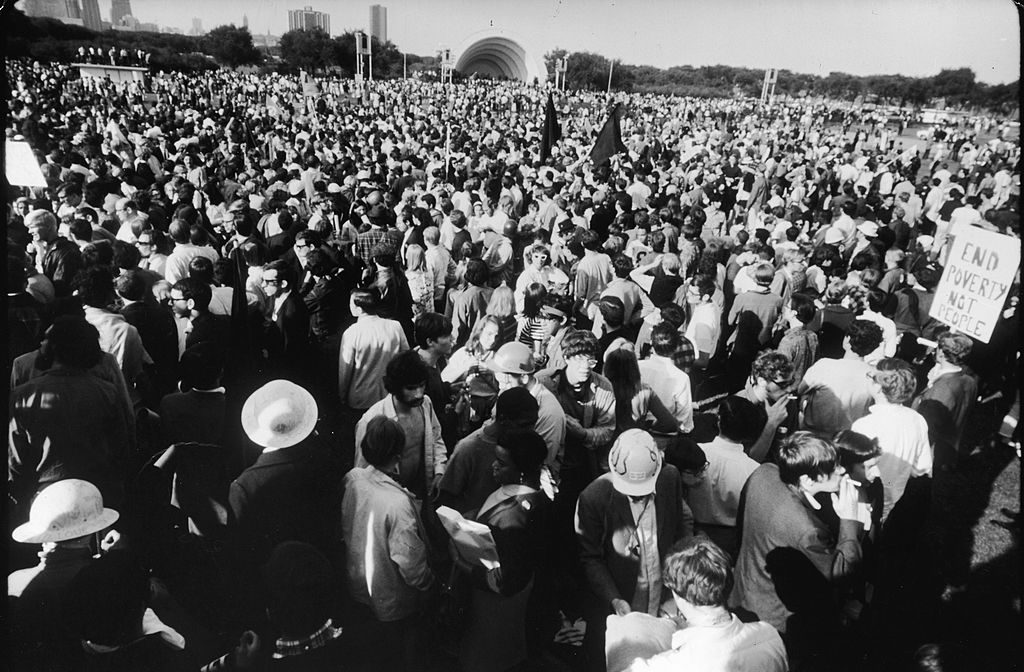 What were the Chicago 7 indicted for?

The seven activists, including Bobby Seale, were charged with conspiracy to cross state lines to incite a riot, to teach the making of an incendiary device, and to commit acts to impede officers in their duties.

All seven defendants were acquitted of conspiracy. Froines and Weiner were acquitted completely while the other five were convicted of crossing state lines with the intent to incite a riot.

They were sentenced to five years in prison and fined $5,000 each.

The judge ordered officers to cut the hair of the defendants and their lawyers.

The convictions were overturned in 1972 due to the judge's bias. Judge Hoffman refused to allow the defence lawyers to screen jurors for potential cultural and racial bias.

There was a retrial which found Hoffman, Dellinger and Rubin guilty of some of the contempt charges but they were not sentenced or fined.