A WHITE man has been arrested after he was caught on camera pointing an AR-15 at a group of black bikers who were parked close to his property while taking a break.

Dennis Lee Berry, 45, of Partlow, Virginia, was arrested and charged with brandishing a firearm and has been released on a $5,000 unsecured bond. 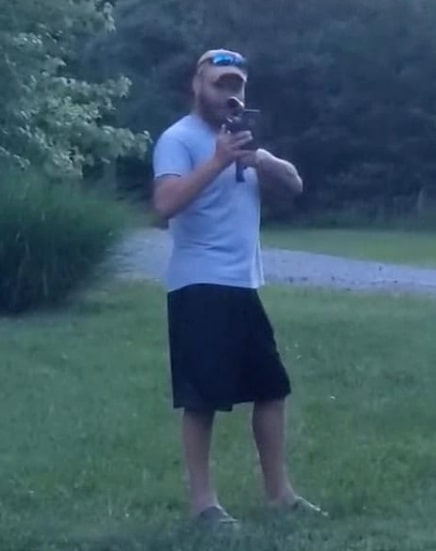 His semi-automatic rifle was also confiscated for evidence, cops said.

In the video, the bikers could be heard telling Berry they were unarmed and had pulled into the property to plan a route home.

“We’ve been residents of this area. How you know we don’t live here,” said the bikers.

“I know you don’t. You think I’m f**king with you. I’m going to take you out first,” Berry warned the man filming while pointing his rifle at him.

“We’re over here taking a break real quick, got a white guy pointing a gun at four black men. Look at this, all we’re doing is standing here, pointing his gun right at us.”

In the video, one of the riders said they were unarmed, “None of us have any weapons or anything to threaten your life, but you’re pointing a gun at us that’s probably loaded.” 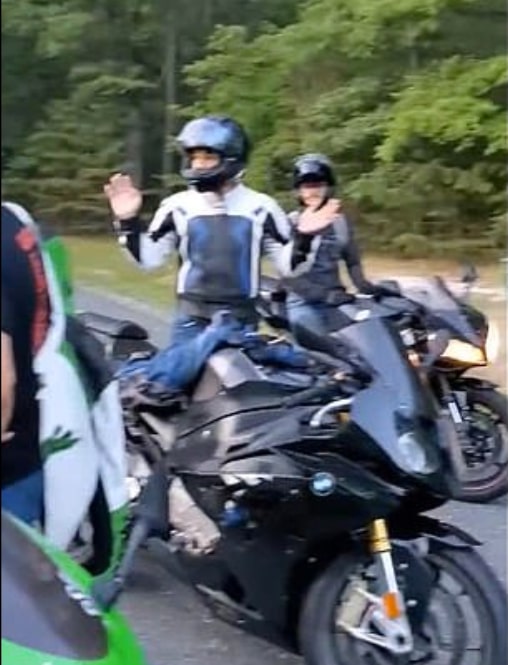 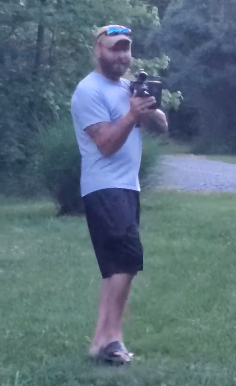 Berry insisted the men were on private property, while the bikers stood by their claims saying they never saw a private road sign upon entering.

“Evidently you didn’t look hard, go back out there in the road bud. You better go look again,” Berry told them men.

“You’ve just been waiting all day to shoot some black people or something right,” a biker is heard telling Berry.

The video was shared by one of the rider on his Facebook account and commented on the exchange: “We pulled into the neighborhood where 3 of the guys grew up and stopped at the cul-de-sac to stretch and plan our route home,” wrote Brandon Foster.

“This guy came walking down his driveway with his weapon aimed at us the entire time.”

When one of the bikers told the group to call police Berry claimed that authorities were already on their way. When police arrived at the Whelan Ridge Estates they found five people waiting for them.

Investigators determined that the group had pulled into a cul-de-sac that had a sign that read “Private Road No Trespassing,” but the group insisted they had not seen the sign.

“Be careful out there. It’s a crazy world we live in,” said Foster on Facebook.