WHITE House adviser Peter Navarro is warning that a longer U.S. economic shutdown could hurt Americans more than the coronavirus.

Navarro also slammed medical experts to The New York Times, saying they were “tone deaf to the very significant losses of life and blows to American families that may result from an extended economic shutdown.” 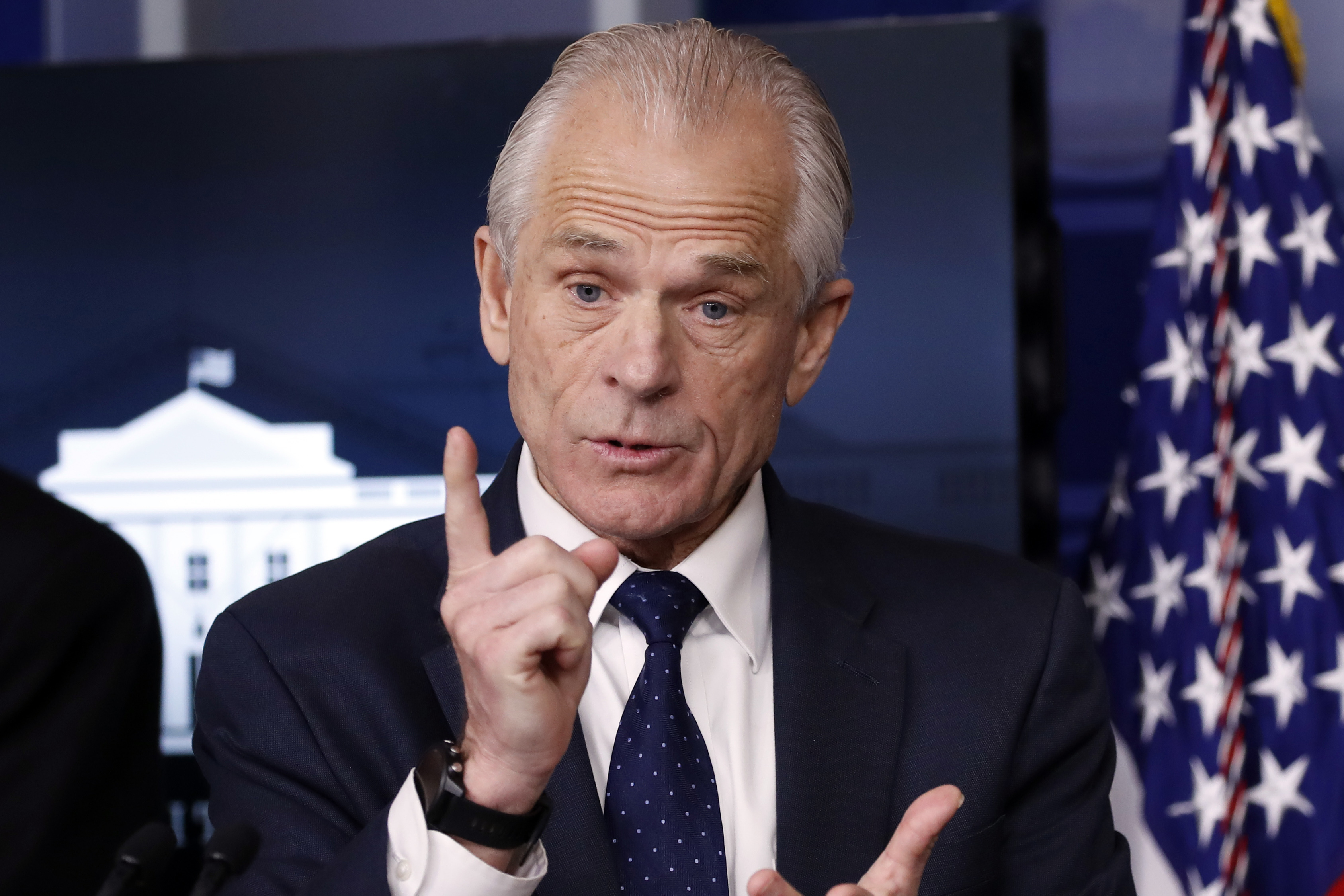 The trade adviser, who has no formal medical training, said during the interview published on Monday, that medical experts are instead standing “on their soap boxes speaking only half of the medical truth without reference or regard for the other half of the equation.”

Navarro described this as “the very real mortal dangers associated with the closure of the economy for an extended period.”

Earlier this year, Navarro was one of the first people to sound the alarm in the White House about the coronavirus threat.

He wrote in two White House memos sent out on January 29 and February 23 that the country could face catastrophic damage because of the virus. 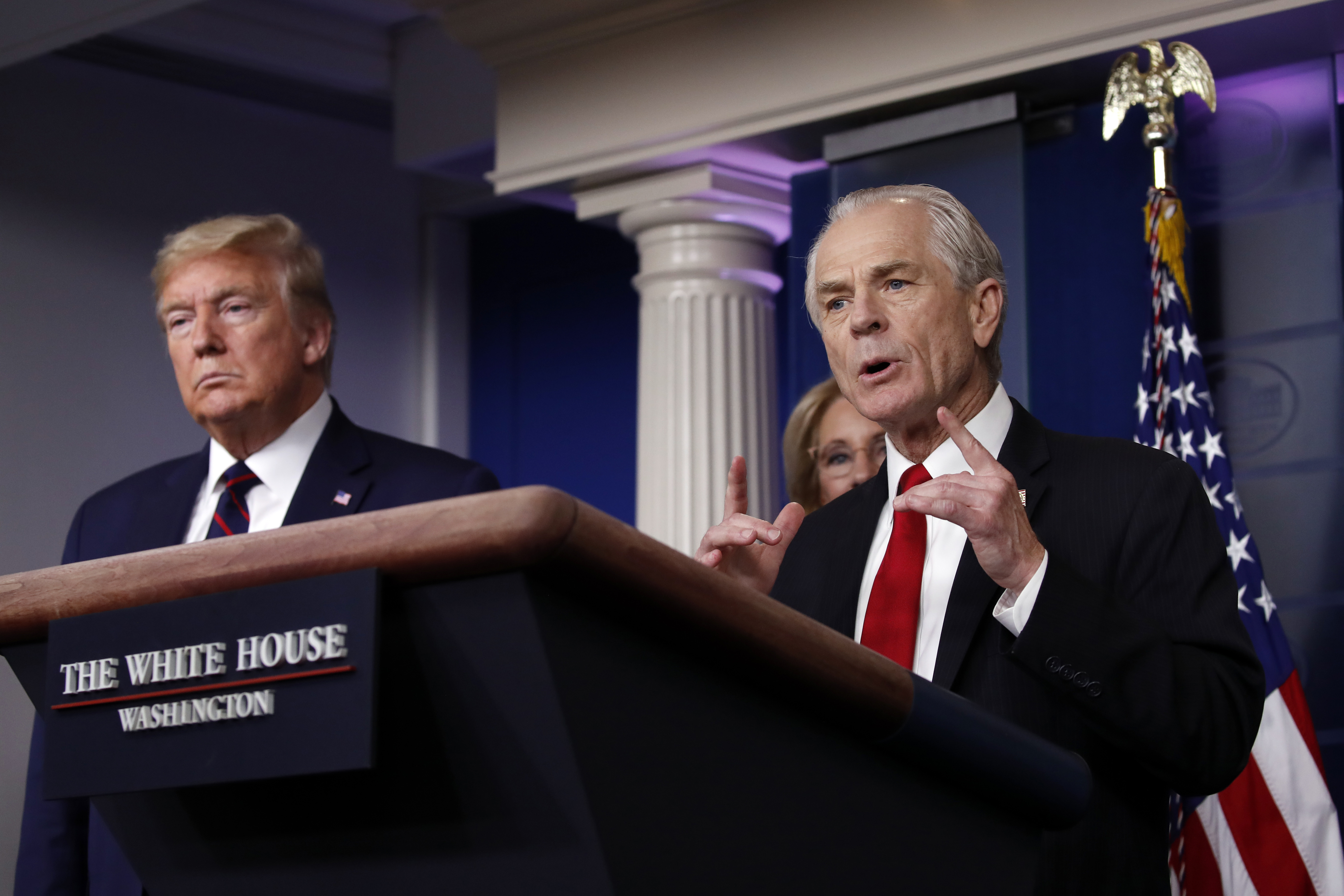 The economic adviser grimly predicted that two million Americans could die from the deadly virus.

Navarro wrote: "The lack of immune protection or an existing cure or vaccine would leave Americans defenseless in the case of a full-blown coronavirus outbreak on U.S. soil.”

"This lack of protection elevates the risk of the coronavirus evolving into a full-blown pandemic, imperiling the lives of millions of Americans."

While Navarro speculated that the virus might turn out to be similar to a "seasonal flu,” he went on to claim that "risk of a worst-case pandemic scenario should not be overlooked.” 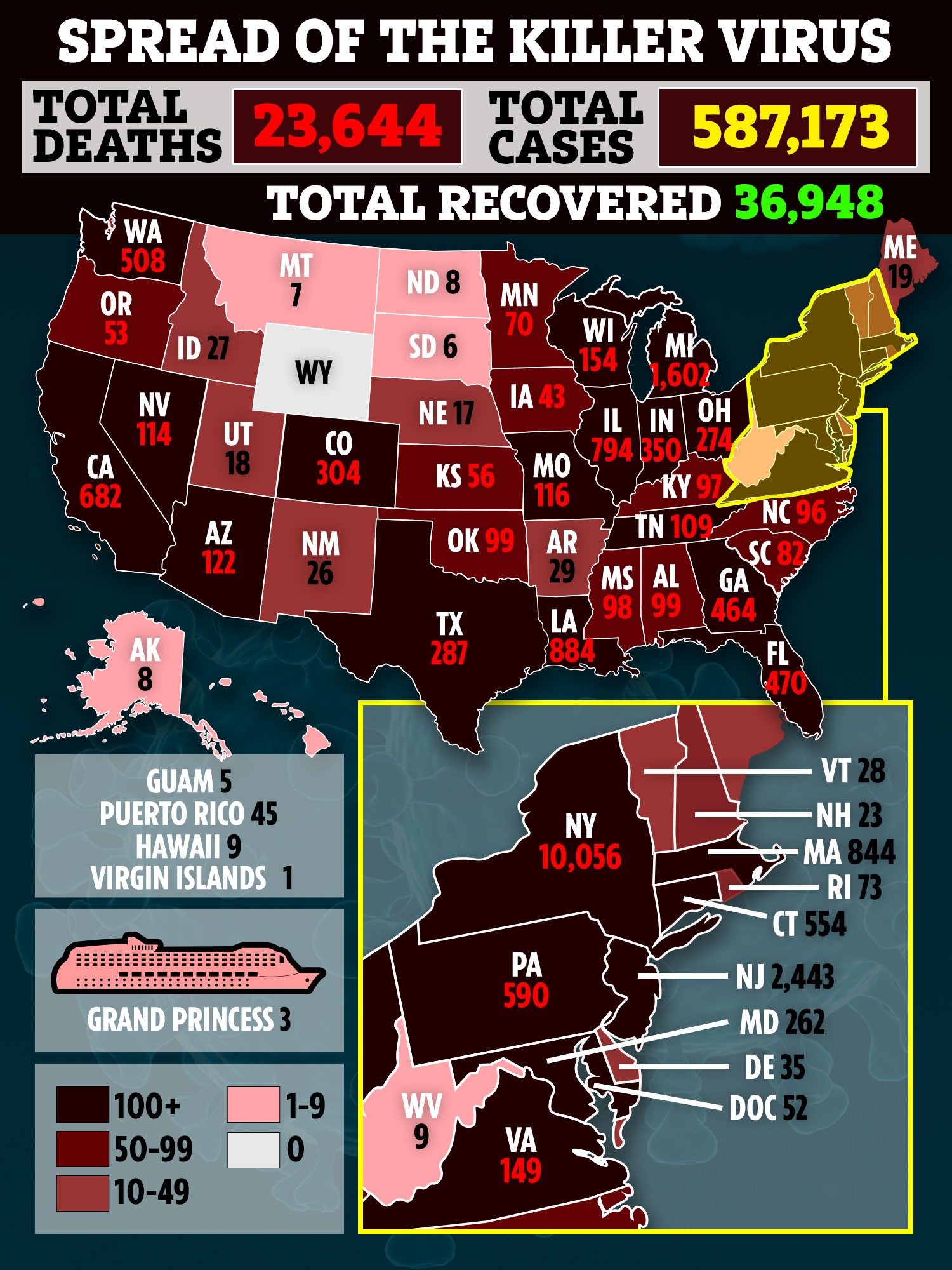 President Donald Trump sensed the growing threat, as Navarro's first memo was sent on the day that Trump unveiled the coronavirus task force.

Just a day later, Trump imposed a ban on all travel from China, one of the policies Navarro identified as key in the memo.

Navarro cited the many dangerous flu pandemics of the past as evidence of the importance of intervention.

Trump initially downplayed the risk of the virus, stating he wanted the country to be open again by Easter Sunday, saying: "I think it's possible. Why isn't it?"

Amid criticism that he didn’t act fast enough to combat the coronavirus, the president has denied that he saw such memos from Navarro.

He told Fox News on Saturday night that he plans to make a decision on re-opening the economy very soon, and said it will be the "toughest that I will ever have to make". 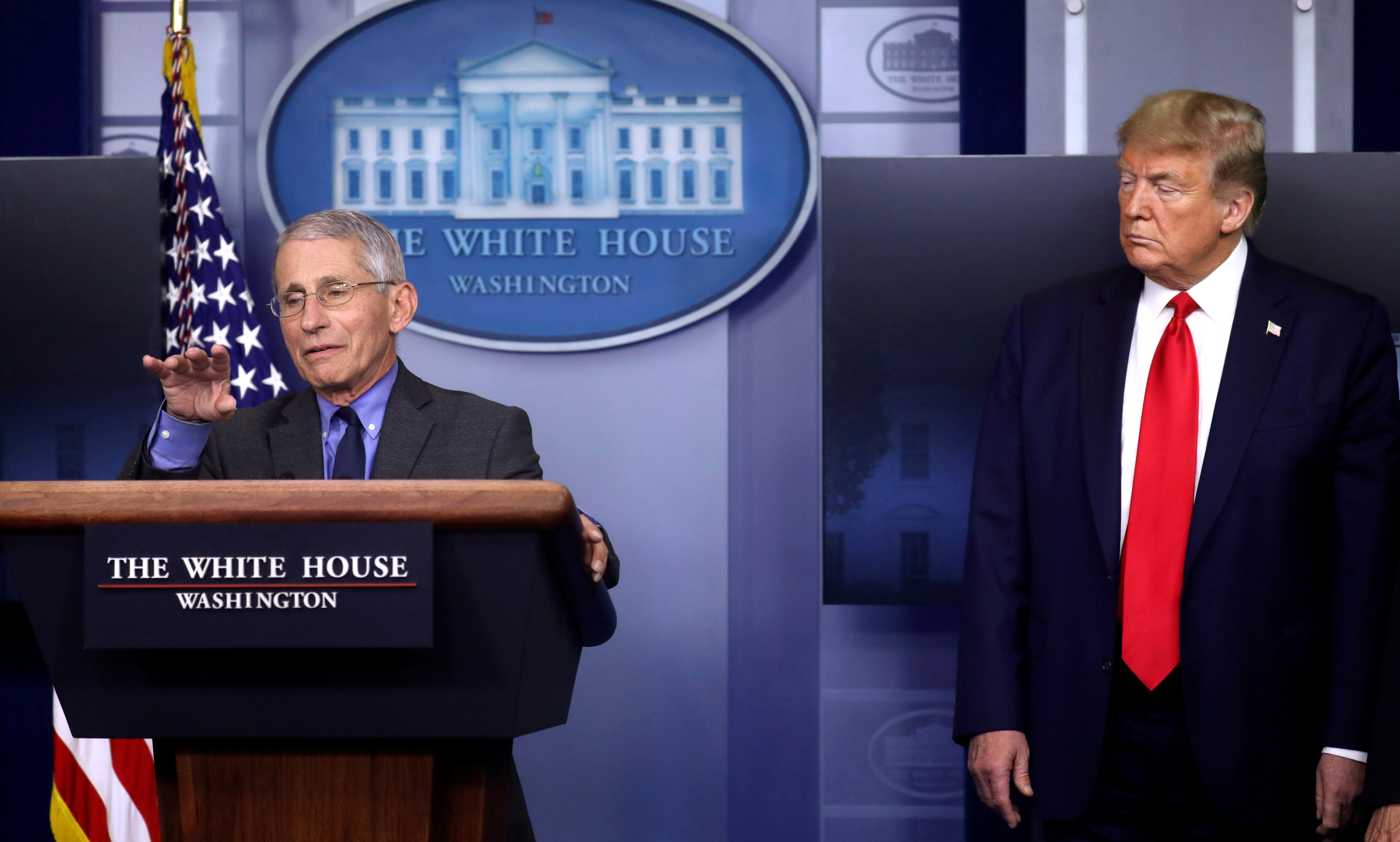 "I’ll be basing it on a lot of very smart people, a lot of professionals — doctors and business leaders,” he said. “There are a lot of things that go into a decision like that.”

"And it’s going to be based on a lot of facts and a lot of instinct also. Whether we like it or not — there is a certain instinct to it.

Many medical experts in the government, including Dr. Anthony Fauci, have cautioned that easing up on social distancing too soon could lead a new wave of the disease that would require shuttering the economy again — with disastrous results.

On Monday, it was reported Trump put together a council that’ll work to re-open the economy, separate from the coronavirus task force. 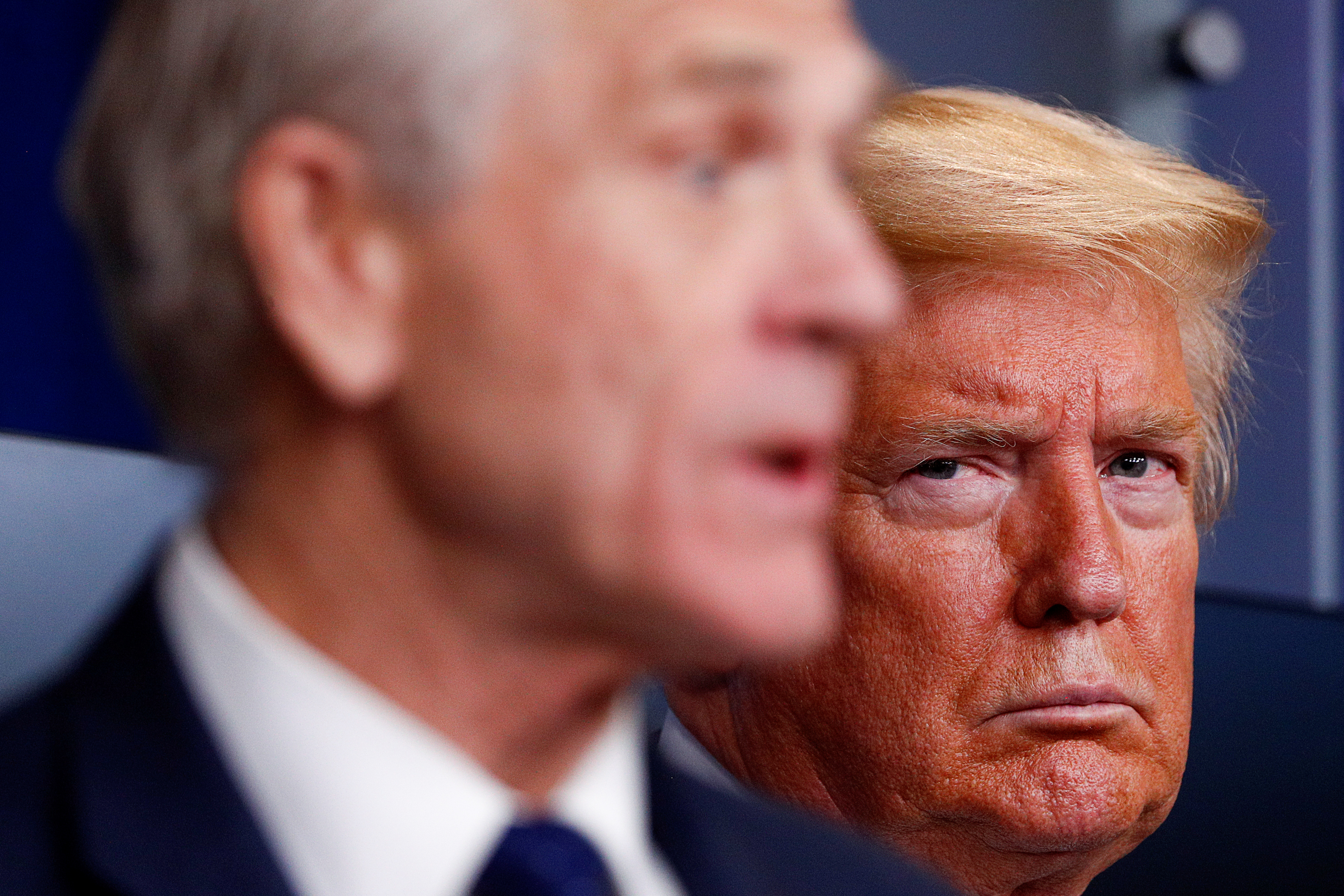 Trump’s new chief of staff Mark Meadows is expected to chair the effort.

The new council is expected to act as an internal counterbalance in the White House to health experts who want Trump to go slow in reopening the country.

As of last week, nearly 17 million Americans had filed for unemployment amid the outbreak as businesses shuttered to stop the spread of the virus.

Navarro told the Times that if the shutdown continues for too long, the health effects over time could be worse than that of the coronavirus.

He compared what could happen to a “China shock,” like the U.S. experienced in the 2000s when China entered the World Trade Organization.

“The unfair China trade shock that hit so many of America’s communities in the 2000s not only destroyed over five million manufacturing jobs and 70,000 factories; it killed tens of thousands of Americans,” Navarro said.

Navarro added it also destroyed “families through higher rates of single-parent households, child poverty, and divorce and lower rates of fertility and marriage.”

Despite the lack of a vaccine for the virus — which health officials have said is necessary to living life somewhat normal again — Navarro said the U.S. economy could re-open without one.