The original group was initially formed as an “anti-extremist” group but was increasingly associated with far-right beliefs. 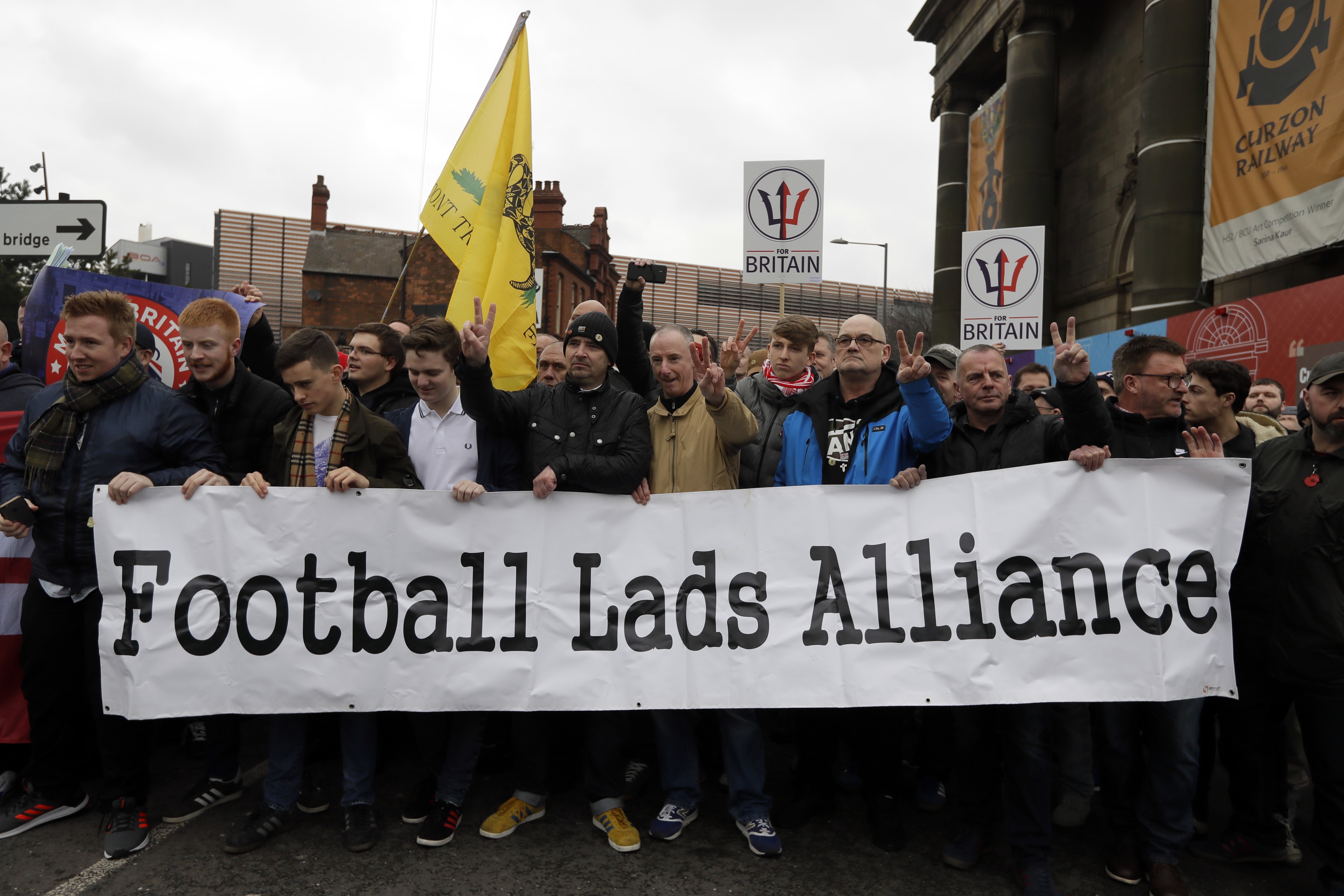 What is the Democratic Football Lads Alliance?

The Football Lads Alliance (FLA) was registered as a private company in August 2017 following the Westminster Bridge attack and the Manchester Arena bombing which had taken place in March and May that year.

It was founded by John Meighan.

The FLA organised a pin badge sale featuring the Royal British Legion’s poppy logo which it then donated the money raised to the charity.

The charity however returned a £1,104 donation to the FLA on 11 April 2018 saying that, "a small number of FLA supporters have expressed views and opinions that are not compatible with the values of The Royal British Legion."

Meighan stood down on 16 April 2018 saying that the company would be dissolved; it was formally dissolved in January the following year.

To mark the first anniversary of the Manchester Arena bombing the FLA organised a march in the city with around 200 people attending.

Anti-racist and anti-fascist groups held a counter demonstration at the same time. 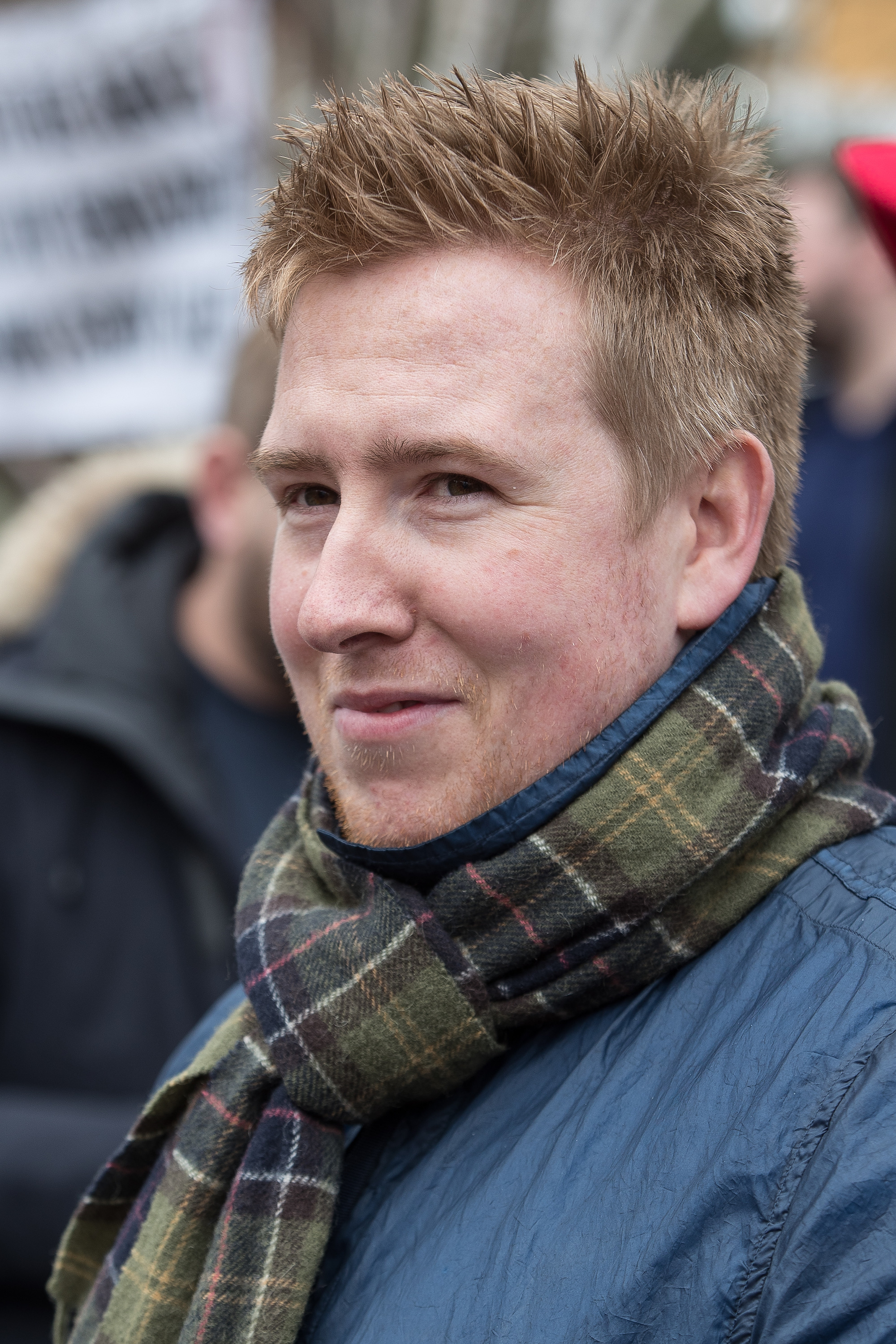 Meighan claimed to The Times the group was anti-racist and non-violent.

He told a crowd in Birmingham in March 2018: “People want to label us as far-right. All we are is working-class people, and all we want is a safer place for our children and grandchildren.”

Divisions within the group emerged and it split in 2018 with one faction forming the Democratic Football Lads Alliance (DFLA) who saw themselves as the “true FLA”.

It has adopted the slogan "Against All Extremism".

The DFLA leader and march organiser is Phillip Hickin.

On 13 October 2018, the DLFA staged a demo in central London which was stopped by anti-fascist protesters, and resulted in violence against the police.

Why were they protesting today?

Reports have claimed the DFLA called on supporters to travel to London and other cities to protect statues and monuments that had been targeted by Black Lives Matter protesters. 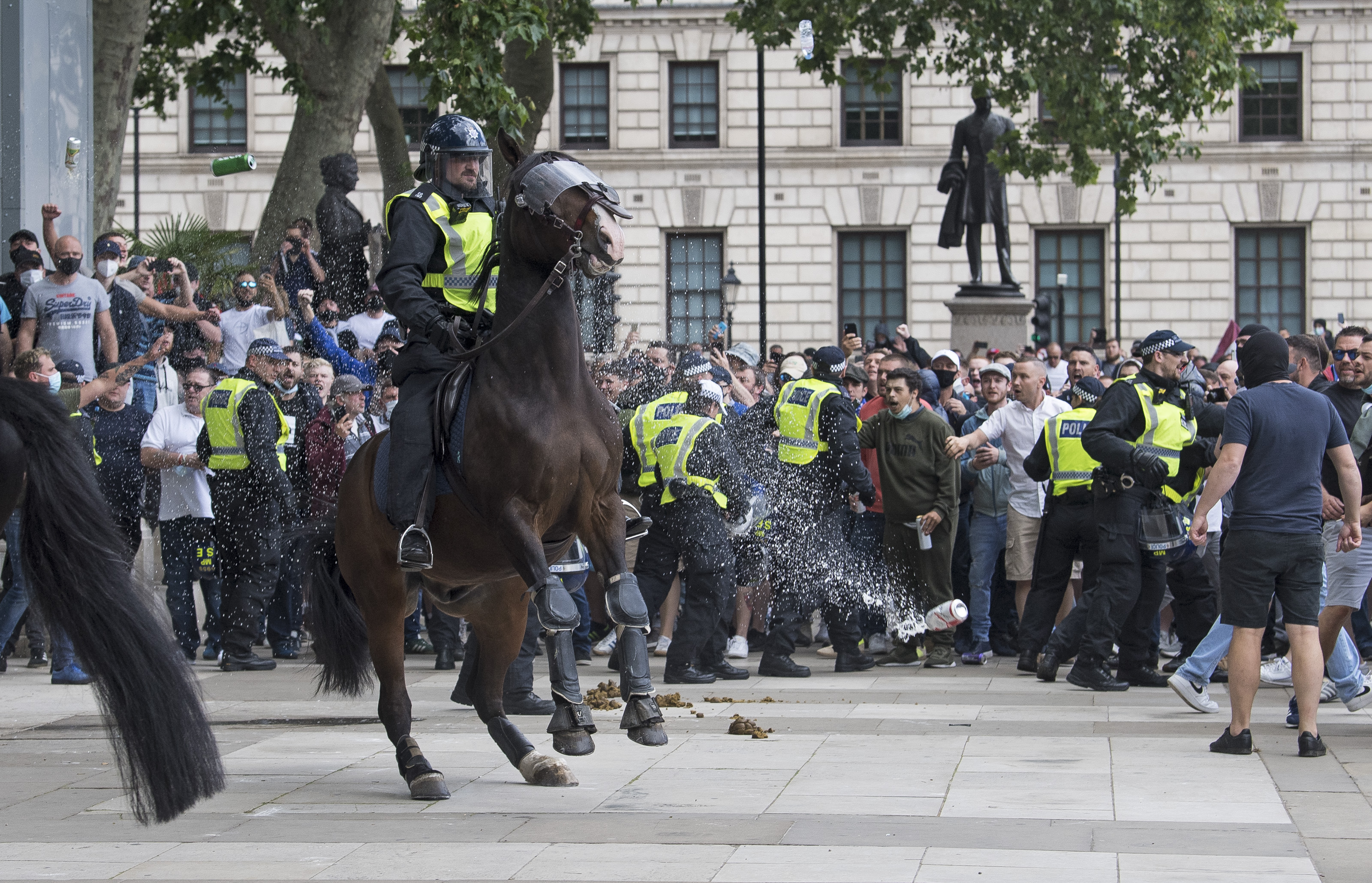 Cops were caught in the middle as the groups clashed in central London in Whitehall near Parliament Square.

Violence erupted and bottles and fireworks were hurled at cops in riot gear.

Disturbances also broke out in Trafalgar Square, also in the capital.

Crowds of pro-statue campaigners had earlier surrounded the monument of Winston Churchill, which has been boarded up over concerns it could become a "flashpoint" for violence.

They later peeled off to the Cenotaph, where they rushed up to the police blockage and pelted them with bottles and cans.