Washington: A group of Republican senators sent a letter to the Trump administration on Wednesday outlining their opposition to a proposed deal between Oracle and ByteDance that would allow the Chinese company to maintain majority ownership of TikTok, despite an order by the US President that the popular video app sever its ties to China on national security concerns.

The lawmakers are trying to get ahead of a ruling expected this week by the Committee on Foreign Investment in the US, or Cfius, on a plan that includes Oracle as a "trusted technology partner." 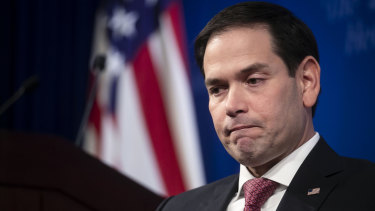 TikTok sent a proposal to the US Treasury Department over the weekend and Treasury Secretary Steven Mnuchin said the committee's members would deliver a verdict to President Donald Trump this week.

The deal, which needs the blessing of Trump and the Chinese government to become final, would create what Mnuchin called "TikTok Global." It would see a newly structured global company headquartered in the US, with Oracle and other US investors taking minority stakes in the business.

The proposal stands in stark contrast to the original outlines of a deal requested by Trump, which required TikTok's Chinese parent to sever ties with the app in the US and agree to an outright sale of the US operations.

Now, lawmakers are questioning how any deal in which ByteDance remains the majority owner of the app and retains control over TikTok would address the US government's national security concerns.

"We remain opposed to any deal that would allow China-based or controlled entities to retain, control or modify the code or algorithms that operate any US-based version of TikTok," wrote the group, which included senators Marco Rubio, Thom Tillis, Roger Wicker, Rick Scott, Dan Sullivan, and John Cornyn.

"We are heartened that this deal still requires government approval, and if reports indicating this proposed deal will retain links to ByteDance or other Chinese-controlled entities, we strongly urge the Administration to reject such a proposal on national security grounds," they said.

Republican Senators Josh Hawley and Marsha Blackburn have also pushed back against the deal. "If we've got American ownership and there's a new platform built out from top to bottom and the backdoors in the code are closed, I think that's fine," said Hawley. If the US agrees to a deal that doesn't include those things, he added, "we've got a big problem."

In a speech to the National Democratic Institute on Wednesday, Senator Mark Warner of Virginia, the top Democrat on the Senate Select Committee on Intelligence, criticised how the Trump administration has handled the TikTok deal in ways that will invite retaliation.

"When we draw lines to prohibit certain technologies that don't meet those principles from entering the US, it must be done honestly or else it smacks of the kind of protectionism that we have fought against in managed economies," Warner said.

"To this end, the Trump administration's Clean Network Initiative and haphazard actions on TikTok fail that test and will only invite retaliation against American companies."