WENDY'S has had to take burgers off the menu in some locations after they ran out of meat due to the shortages caused by coronavirus.

Costco and Kroger grocery stores have also announced limited stocks of beef as the pandemic starts to wreak havoc on America's meat industry. 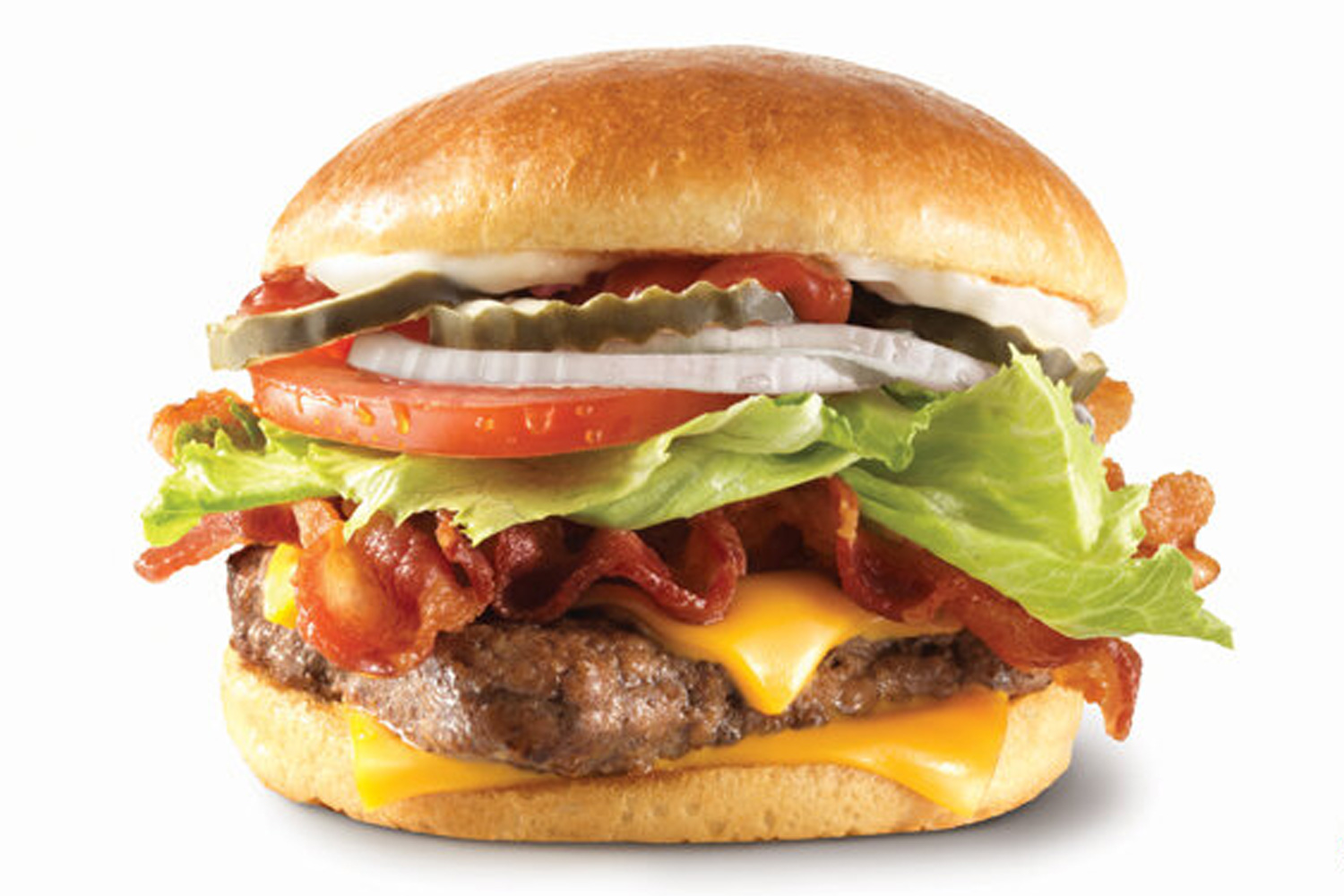 On Monday angry customers realized that the Wendy's signature burger was no longer available and only chicken items were available for takeout and delivery at some locations across the country.

Their old 80's ad slogan "Where's the beef?" came back to bite them as outraged social media users hammered them on the socials.

Wendy's established itself as the first fast-food chain to offer fresh "never frozen" beef, making a point of having more meat in their burgers than their competitors. 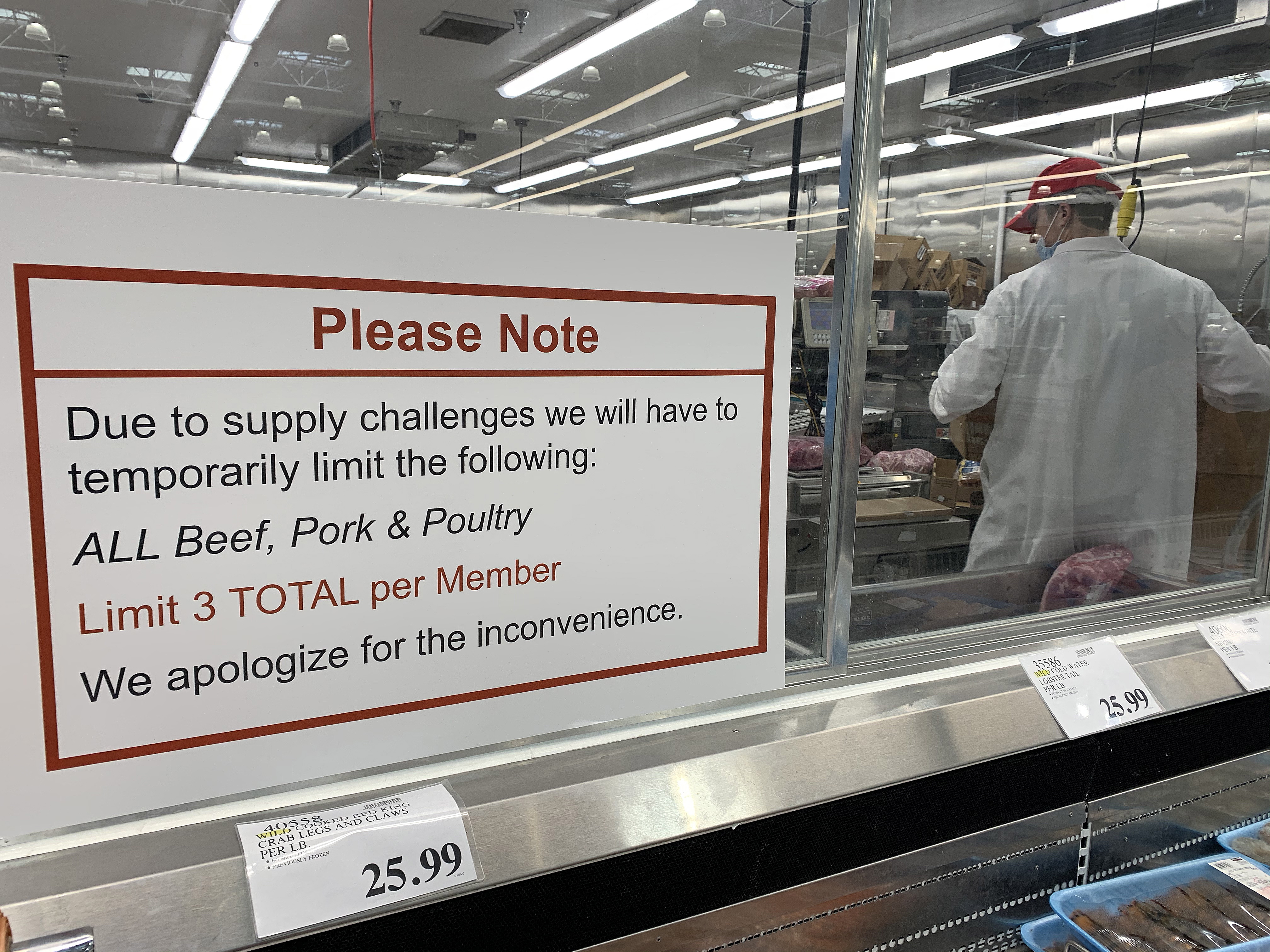 While they are one of the first major chains to have this problem, many restaurants across the country are expected to have similar issues as the meat supply chain is disrupted by coronavirus.

Workers at meatpacking plants have been getting infected by the virus at an alarming rate, with outbreaks across the country forcing slaughterhouses to shutter.

Roughly 40 percent of the 2,200 workers at the Tyson Foods plant in Logansport were infected in the past week, local health officials said.

Farms have had to kill off animals they can no longer feed, store shelves have been left empty, and now restaurants that survived lockdown are being forced to change their menus.

More than 20 meatpacking plants have closed temporarily after pressure from local authorities — including two of the nation’s largest, one in Iowa and one in South Dakota.

Trump on Tuesday issued an executive order for meat processing plants across the country to stay open after growing concerns about the nation’s food supply.

Beef shortages were reported at Wendy's locations in California, South Carolina and Kentucky on Monday.

In Chicago the Wendy's "Baconator" bacon cheeseburger was still available for order.

"Because of this, some of our menu items may be in short supply from time to time at some restaurants in this current environment.

"We expect this to be temporary, and we’re working diligently to minimize the impact to our customers and restaurants."

McDonald's Canada said in a statement that it will start sourcing beef from outside the country to maintain supply due to meat shortages.

A McDonald's Canada spokesman said: "Due to unprecedented COVID-19 impacts on the Canadian beef supply chain, we are temporarily adjusting our supply to incorporate beef from outside Canada – from pre-approved McDonald’s suppliers and facilities globally – in order to meet the current demand, effective immediately."

Both McDonald's USA and Restaurant Brands International, which owns Burger King, said they don't expect shortages at this time.

Grocery warehouse Costco said on Monday it would limit customers to just three packages of meat per shopper.

Kroger supermarkets posted an alert on its website saying there is limited inventory ‘due to high demand’. 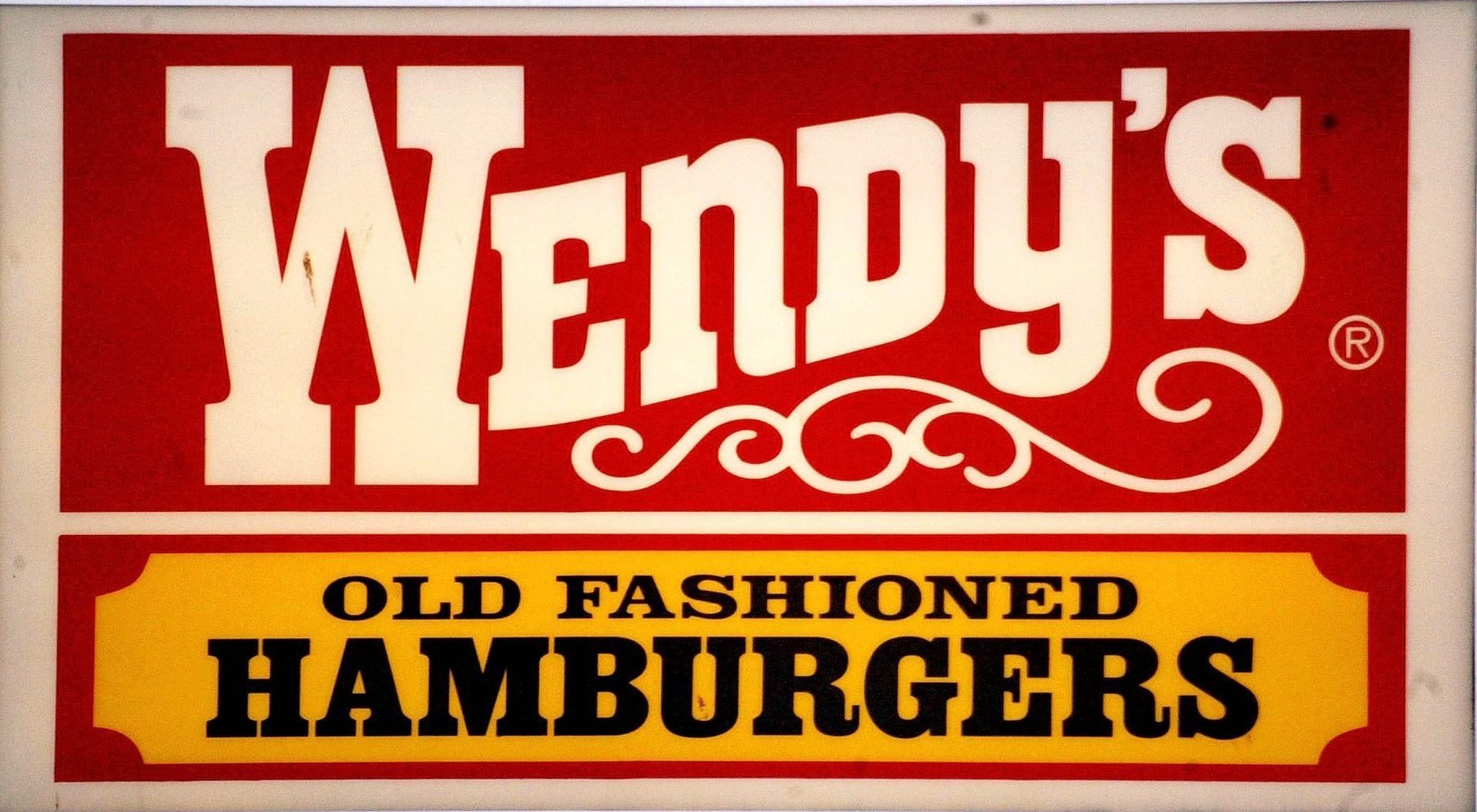 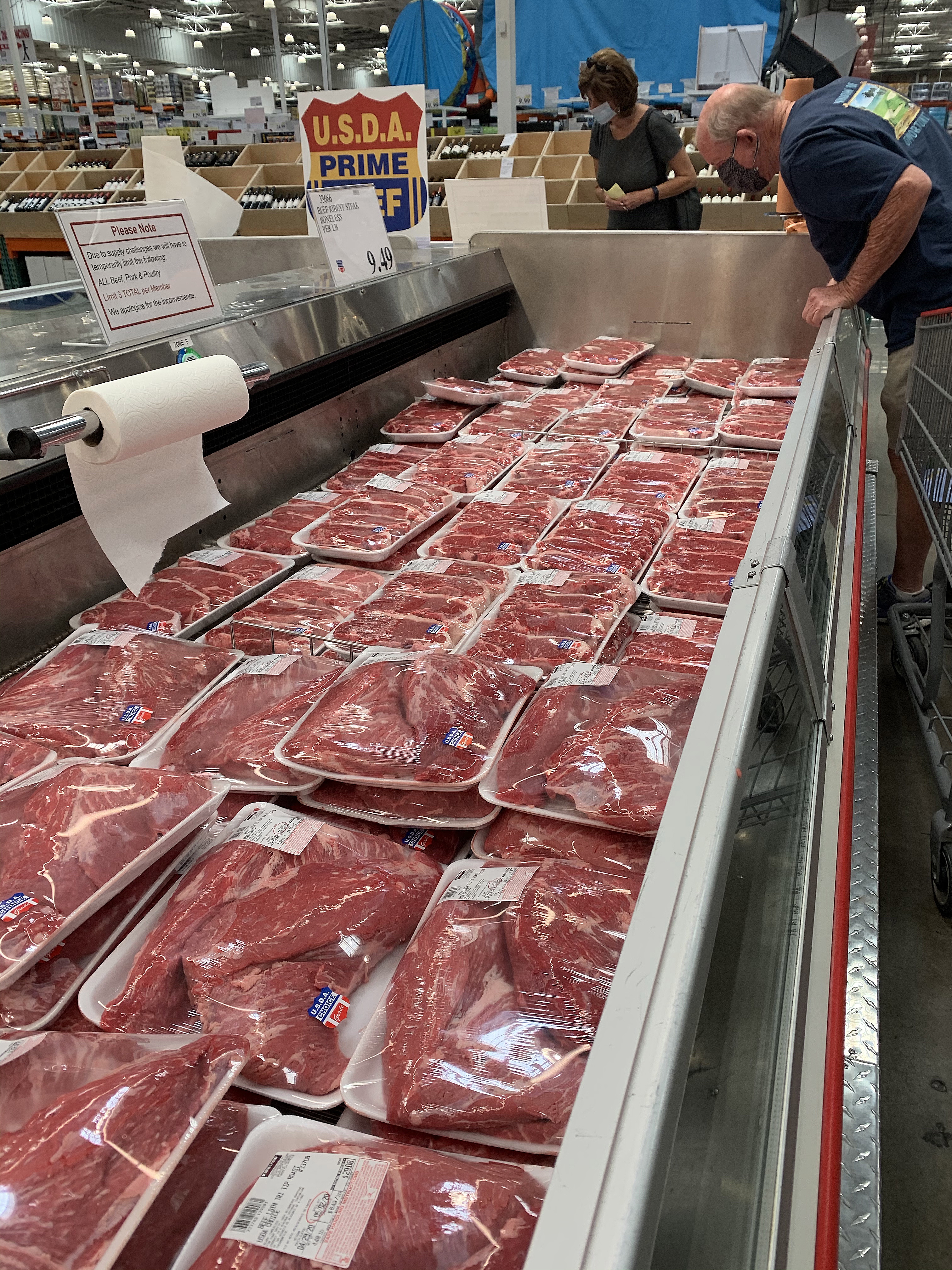 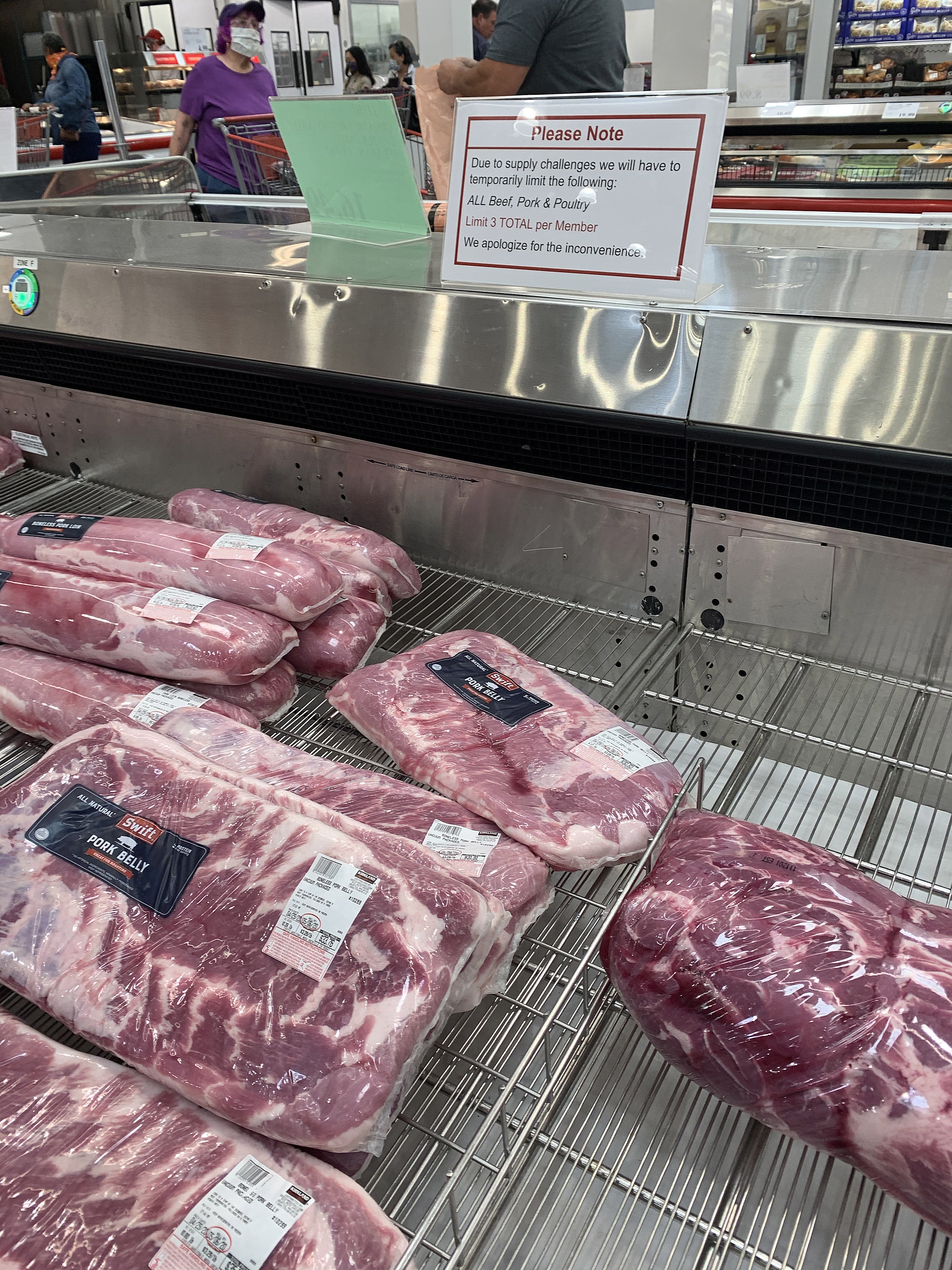