The man who invented the World Wide Web has said proposed legislation in Australia that would force tech giants to pay media companies for monetizing news content could make the internet ‘unworkable.’

Tim Berners-Lee, known for creating the web in 1989, told an Australian Senate committee that the News Media Bargaining Code would violate the fundamental principals the public internet was founded on.

‘Specifically, I am concerned that that code risks breaching a fundamental principle of the web by requiring payment for linking between certain content online,’ Berners-Lee said.

If the code is deployed globally, it could ‘make the web unworkable around the world,’ he said. 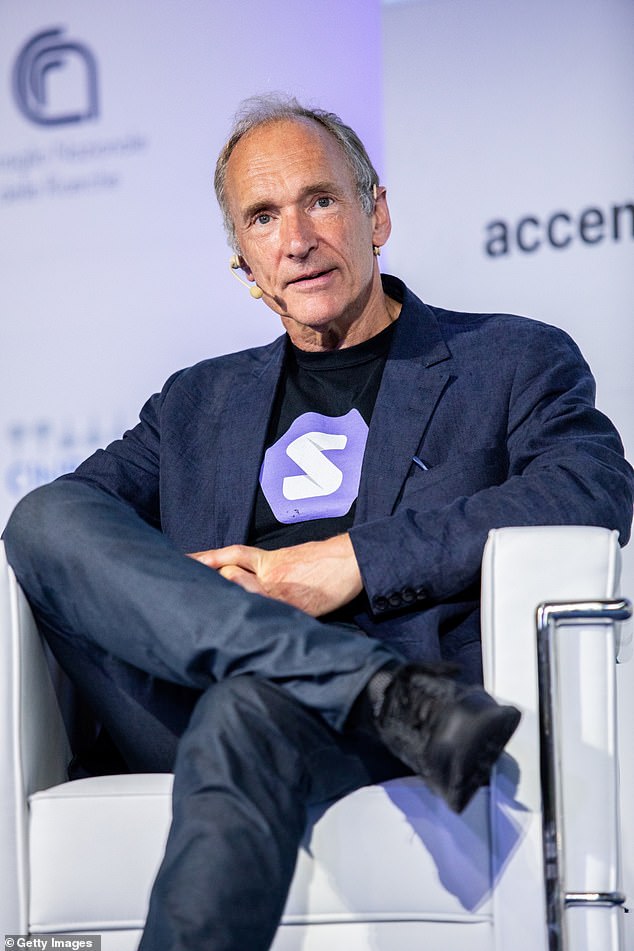 Tim Berners-Lee, pictured, said he is concerned the law would require payment for linking 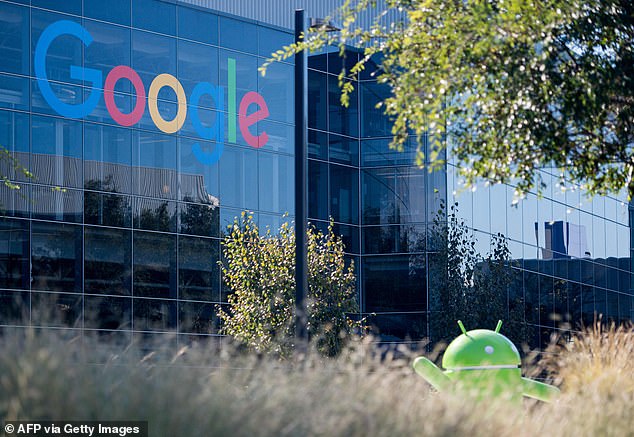 In recent days, Google, pictured, has brokered deals with media groups, including Rupert Murdoch’s News Corp, in response to the regulatory push 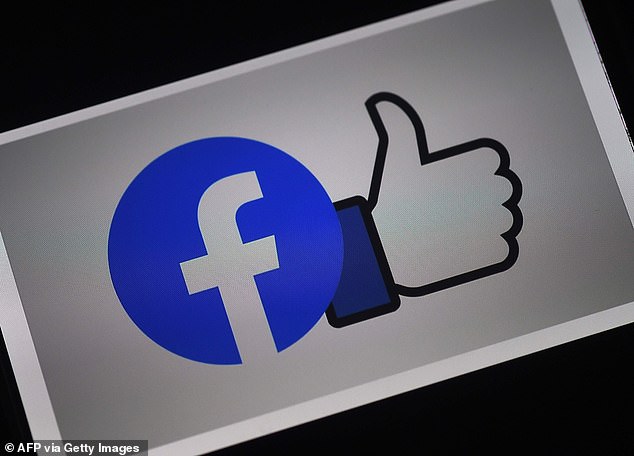 Facebook will no longer allow people in Australia to read or share news on its platform, the media giant has said

An analysis of the situation by Tama Leaver, a professor of internet studies at Curtin University, said his concerns were valid.

‘Currently, one of the most basic underlying principles of the web is there is no cost involved in creating a hypertext link (or simply a “link”) to any other page or object online,’ she wrote.

However, Leaver argued that what Facebook and Google do are not simple links. Instead, the companies create ‘compelling previews’ for the articles by using content from within the articles like headlines.

‘A fairly compelling argument, then, is that Google and Facebook add value for consumers via the reframing, curating and previewing of content — not just by linking to it,’ she wrote.

Some news outlets worldwide have complained for years that companies like Facebook and Google get rich at their expense, selling ads linked to their news reports without sharing revenue with them.

Australia’s law would be the first of its kind and the battle is being watched closely in the European Union, where lawmakers are drafting sweeping new digital regulations.

The proposed law comes after an 18-month inquiry was held by the Australian Competition and Consumer Commission, finding there was an imbalance of power between platforms and companies that threatened the news businesses.

The code would create an arbitration panel to set a binding price for news in situations where Google and Facebook do not reach deals with media businesses whose original journalism they link to.

Those in favor of the law, which is expected to pass this week, say the rules are needed to ‘protect public interest journalism’ by making sure outlets are paid for content social media and search engine users read and share.

Critics, including both Google and Facebook, are concerned that the law effectively makes the tech giants ‘pay for clicks’ and could cause the beginning of the end of free access.

‘The concept of paying a very small group of website or content creators for appearing purely in our organic search results sets a dangerous precedent for us that presents unmanageable risk from a product and business-model point of view,’ Silva said.

On Wednesday, Australians woke to empty news feeds after Facebook blocked all media content in a surprise and dramatic escalation of the dispute.

The changes made by Facebook both wiped clean pages operated by news outlets and removed posts by individual users sharing Australian news.

The company has previously said it might block Australians from sharing news if the platform has to pay for news.

Google has also threatened to shut down its search engine in the country to avoid ‘unworkable’ content laws.

How did Tim Berners-Lee invent the World Wide Web? 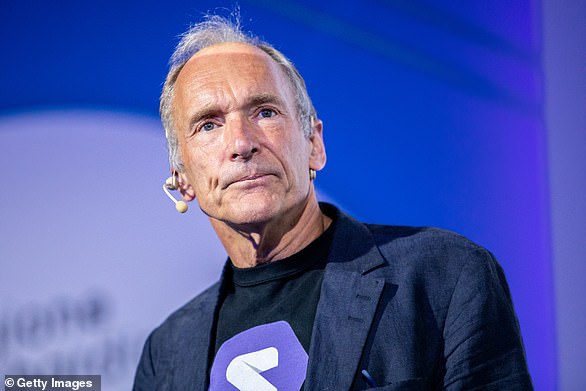 Tim Berners-Lee, 65, is a computer scientist who worked as a software engineer at CERN, the large particle physics laboratory near Geneva, Switzerland.

The internet already existed, connecting millions of computers around the world. However, Berners-Lee created the system publicly used to access the internet.

In 1989, the computer scientist first joined the Hypertext Transfer Protocol (HTTP) client and server via the internet. He also created the first web browser.

As the web began to grow, Berners-Lee advocated that access to it be provided free to the public.

In 1993, he made sure that CERN would agree to provide the underlying code available on a royalty-free basis, forever, according to the World Wide Web Foundation.

Berners-Lee remains the director of the World Wide Web Consortium, the organization which oversees the continued development of the web.

Facebook’s decision was swiftly criticized by news producers and lawmakers, and the company also seemingly blundered by banning its own page from social media.

Along with government health pages, rescue services and every reputable news outlet’s Facebook pages, the multi billion-dollar company’s social media page was also void of all content on Thursday morning.

The page, which was previously brimming with content about Facebook’s latest news and achievements, simply read: ‘No posts yet.’

Australia’s Communications Minister Paul Fletcher has now insisted the government will not back down after Facebook banned news content – and said the publisher could either abide by Australia’s laws or leave the country.

Facebook’s move contrasted with Google, which in recent days has brokered deals with media groups, including Rupert Murdoch’s News Corp, in response to the regulatory push.

William Easton, managing director of Facebook Australia and New Zealand, argued in a blog post that the ‘proposed law fundamentally misunderstands the relationship between our platform and publishers who use it to share news content.’

‘The value exchange between Facebook and publishers runs in favor of the publishers,’ he said. ‘Last year Facebook generated approximately 5.1 billion free referrals to Australian publishers worth an estimated AU$407 million.’

IN FULL: FACEBOOK’S EXPLANATION FOR STOPPING NEWS FOR AUSTRALIAN USERS

In response to Australia’s proposed new Media Bargaining law, Facebook will restrict publishers and people in Australia from sharing or viewing Australian and international news content.

The proposed law fundamentally misunderstands the relationship between our platform and publishers who use it to share news content. It has left us facing a stark choice: attempt to comply with a law that ignores the realities of this relationship, or stop allowing news content on our services in Australia. With a heavy heart, we are choosing the latter.

This discussion has focused on US technology companies and how they benefit from news content on their services. We understand many will ask why the platforms may respond differently. The answer is because our platforms have fundamentally different relationships with news. Google Search is inextricably intertwined with news and publishers do not voluntarily provide their content. On the other hand, publishers willingly choose to post news on Facebook, as it allows them to sell more subscriptions, grow their audiences and increase advertising revenue.

In fact, and as we have made clear to the Australian government for many months, the value exchange between Facebook and publishers runs in favor of the publishers — which is the reverse of what the legislation would require the arbitrator to assume. Last year Facebook generated approximately 5.1 billion free referrals to Australian publishers worth an estimated AU$407 million.

For Facebook, the business gain from news is minimal. News makes up less than 4% of the content people see in their News Feed. Journalism is important to a democratic society, which is why we build dedicated, free tools to support news organisations around the world in innovating their content for online audiences.

Over the last three years we’ve worked with the Australian Government to find a solution that recognizes the realities of how our services work. We’ve long worked toward rules that would encourage innovation and collaboration between digital platforms and news organisations. Unfortunately this legislation does not do that. Instead it seeks to penalise Facebook for content it didn’t take or ask for.

We were prepared to launch Facebook News in Australia and significantly increase our investments with local publishers, however, we were only prepared to do this with the right rules in place. This legislation sets a precedent where the government decides who enters into these news content agreements, and ultimately, how much the party that already receives value from the free service gets paid. We will now prioritise investments to other countries, as part of our plans to invest in new licensing news programs and experiences.

Others have also raised concern. Independent experts and analysts around the world have consistently outlined problems with the proposed legislation. While the government has made some changes, the proposed law fundamentally fails to understand how our services work.

Unfortunately, this means people and news organisations in Australia are now restricted from posting news links and sharing or viewing Australian and international news content on Facebook. Globally, posting and sharing news links from Australian publishers is also restricted. To do this, we are using a combination of technologies to restrict news content and we will have processes to review any content that was inadvertently removed.

For Australian publishers this means:

For international publishers this means:

For our Australian community this means:

For our international community this means:

The changes affecting news content will not otherwise change Facebook’s products and services in Australia. We want to assure the millions of Australians using Facebook to connect with friends and family, grow their businesses and join Groups to help support their local communities, that these services will not change.

Our global commitment to invest in quality news also has not changed. We recognise that news provides a vitally important role in society and democracy, which is why we recently expanded Facebook News to hundreds of publications in the UK.

We hope that in the future the Australian government will recognise the value we already provide and work with us to strengthen, rather than limit, our partnerships with publishers.