That’s what was emblazoned on the back of Chris Smalls’s red and black bomber jacket he wore during a White House meeting with President Biden back in May. The conversation came after Smalls, 33, formed the Amazon Labor Union (or ALU), and made history leading the first successful US union campaign at Amazon.

Smalls’s unionizing efforts was prompted by his firing from an Amazon warehouse position where he pushed against inhumane hours, poor benefits and inadequate wages. Smalls’s rallying cry echoed the grievances of the more than 800,000 Amazon workers, whose back-breaking labor helped contribute to the e-commerce giant’s $1322.24B net worth. 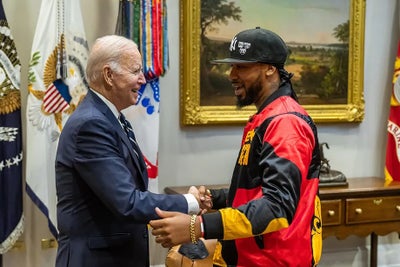 In short, he was David to the tech world’s Goliath.

What’s even more remarkable about this is that he’s young, working-class and Black, three qualities that have long counted against laborers in the workforce when aiming to affect systemic economic change.

His story is eerily familiar and as old as time, or at least as long as America has been around.

Before the signing of the Emancipation Proclamation, plantation owners treated their slaves similarly to factory workers—closely tracking their labor output, cotton-picking for example, against profit margins. Generational wealth was built for those who owned slaves and over time, these fortunes were distributed in other systems we see today.

And while enslaved people labored, their owners profited, which led to the gradual growth of their territories and the subsequent diminishment of the slaves’ humanity. TIME’s Caitlin Rosenthal wrote: slaves were accounted in the way as livestock, “with slaveholders literally constructing balance sheets denominated in the units of human lives. An initial inventory plus births equaled a final inventory minus deaths.”

This nearly absolute and unregulated power over human lives eventually led to the southern region of the US becoming one of the leading economies in the world. From 1801 to 1862, the amount of cotton picked daily by an enslaved workers jumped 400 percent, according to historian and author Edward E. Baptist.

Like the slaveholders of the past, modern capitalists’ glaring apathy toward working-class laborers for the benefit of their bottom line seems to keep reverberating through time. The key difference between now and then though, is that we have the ability to spotlight those who make a difference in the world every day, particularly the Black workers of yesterday and today. 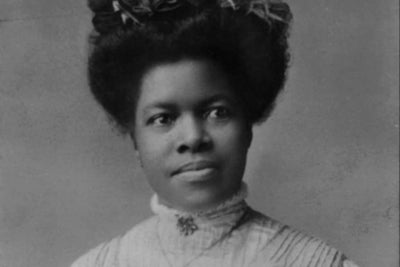 As labor union organizer Nannie Helen Burroughs stated when fighting for the rights of Black women workers in the 1900s:

“The fundamental idea of a democracy is that we are all individual members of the social mechanism, and as such, each is necessary in the complete working of the whole.”