WARRINGTON is set to be plunged into Tier 3 lockdown from just after midnight next Thursday morning after local leaders agreed a deal this morning.

And Nottingham is also on the brink of being given the harshest lockdown measures as MPshave crucial talks with ministers this morning – but infection rates have fallen by a third. 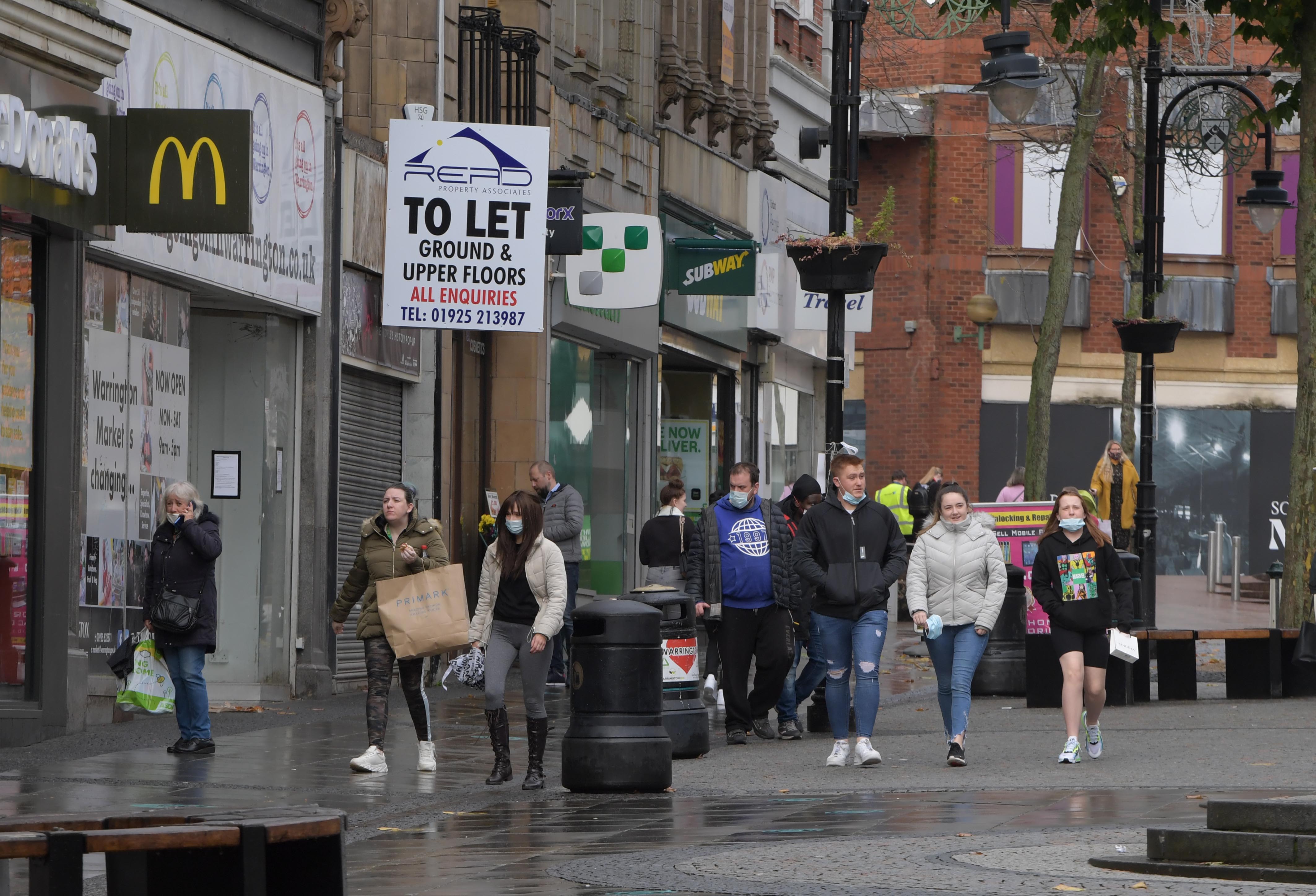 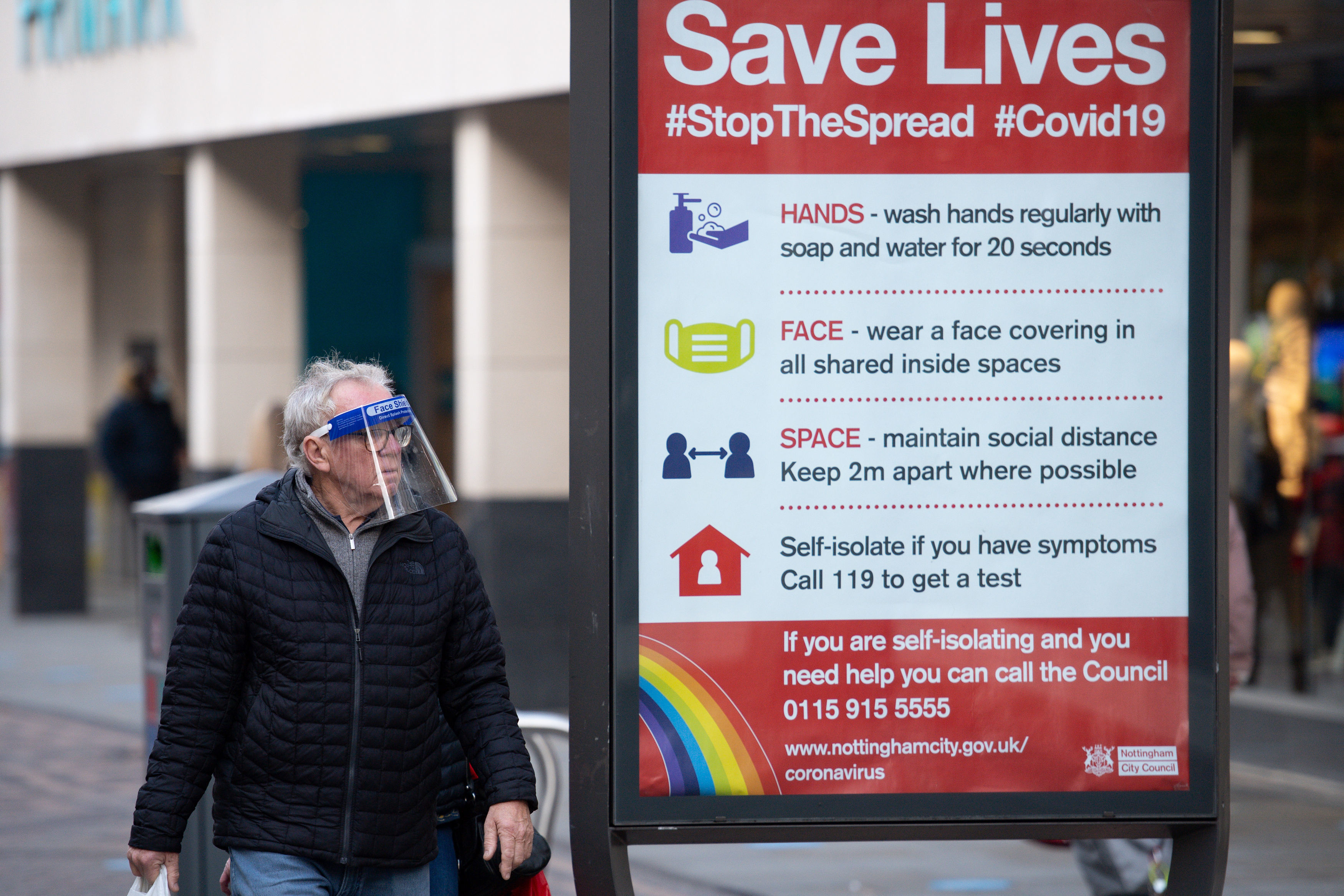 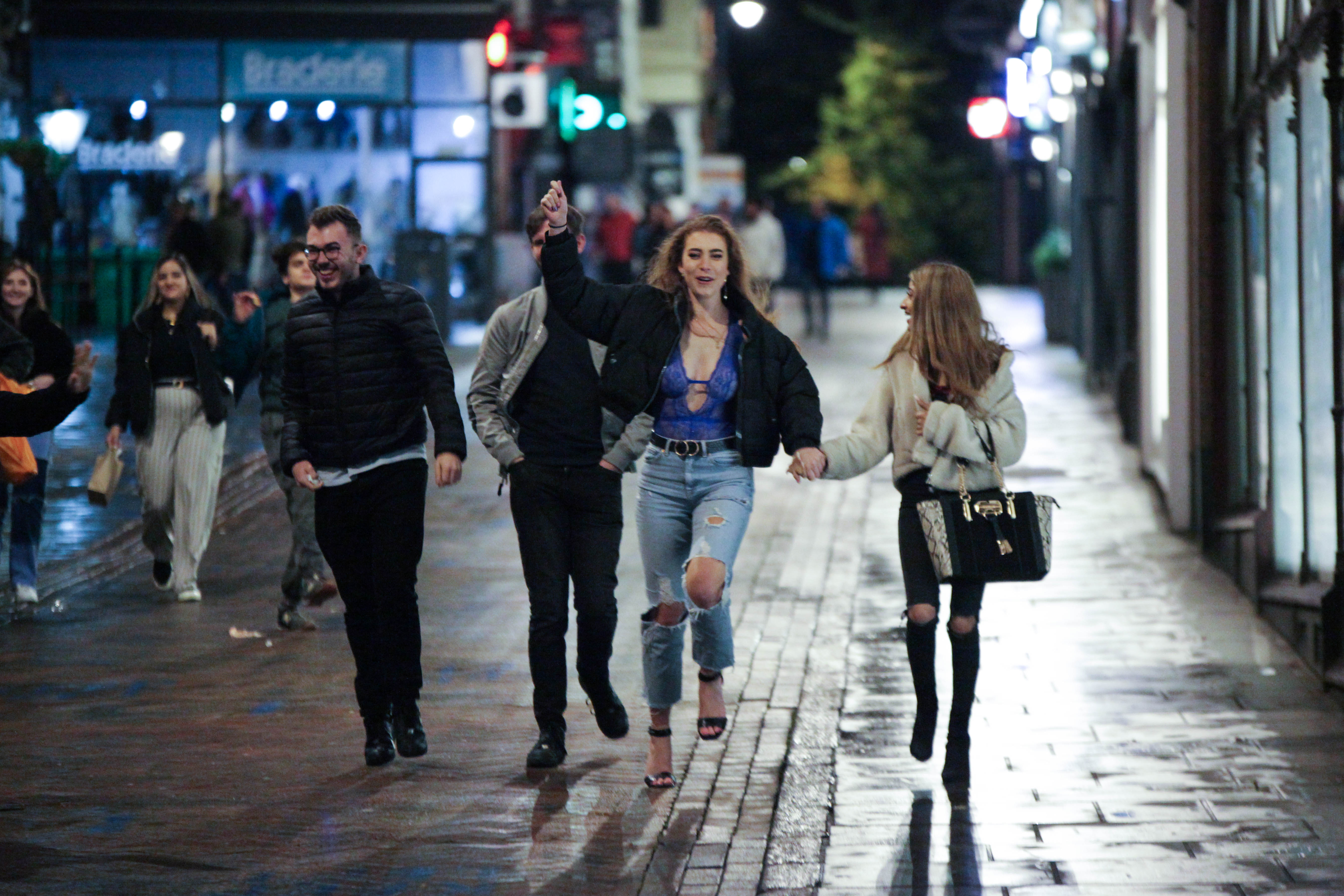 Warrington Borough Council said it had agreed £5.9 million in coronavirus support as it will be pushed into Tier 3.

Leader of the council Russ Bowden, said: "Across Warrington, we have seen our case numbers remain stubbornly high, with more people being admitted to hospital and, upsettingly, more people being taken by the virus.

"As we approach winter, we need to take urgent action to drive down the number of coronavirus cases in our town.

"After negotiations with the Government, we have agreed a package of measures and funding for Warrington that means our businesses and residents will get extra support.

"This has been a difficult decision but we need to prioritise the health of our most vulnerable and elderly people, and we also need to protect hospital capacity as far as possible.

"We will not stop speaking up for those who are most vulnerable or at risk during the pandemic."

The current infection rate in Warrington at 347.6 cases per 100,00, and eight people have died at Warrington Hospital in the last two days.

It would mean bars and pubs that cannot serve meals will have to close.

And people will not be able to meet up with people from other households indoors or outdoors, except for a few public places.

Other venues including casinos, betting shops and soft play areas could also be forced to shut.

Despite a fall in the number of cases in Nottinghama, major hospitals were forced to postpone surgeries last night and local leaders said they were in discussions with the Government over fresh restrictions.

The infection rate in Nottingham has plummeted by a third in one week, in a hopeful sign things could be improving.

There were also mounting fears of the North East being thrown into Tier 3, but talks with the Government were paused after case rates fallen.

But data from the Public Health England surveillance report show the fall is minimal – down from 293 cases per 100,000 to 253.

Nottingham MPs will discuss with Government ministers the possibility of fresh measures this morning, after a two hour meeting between the Government and the leaders of the Nottingham city council, Nottingham county council, Broxtowe, Rushcliffe and Gedling.

The leaders were shown grim data on the state of the spread of the virus in Nottingham and the surrounding areas.

All of those areas are expected to be thrown into tough Tier 3 restrictions as soon as next week.

They have only been in Tier 2 measures for a little over a week, despite having the worst infection rate in England a fortnight ago.

Local leaders in Liverpool, Manchester and South Yorkshire all had extensive meetings with ministers and Downing Street aides before they were given the strict new rules.

It comes after NHS Nottingham Universities Trust made the worrying announcement yesterday they were postponing non-urgent surgeries.

Boris Johnson has repeatedly stressed that the ability of local NHS services to cope with all kinds of treatment is one of the crucial tests on whether an area needs further restrictions.

The over-stretch hospital trust said last night: "We have made the difficult decision to postpone some of our non-urgent surgery and appointments until 6 November following a dramatic increase in the number of patients with Covid-19 in our hospital."

More than 200 coronavirus patients have been admitted to the hospital over the last few days and every day nearly another full ward of people are being brought in.

At least 16 of the patients are desperately unwell and receiving treatment from critical care staff.

The trust warned: "This surge is now at levels similar to April and is combining with our normal winter emergency pressures.

"Unfortunately this means that we’ve had to make this difficult decision to pause some of the treatment we offer."

Hospital admissions take a couple of weeks to catch up with the huge jump in infections so the fall in infections over the last 7 days won't have had a chance to have an impact of strained ICU wards.

Greater Manchester was plunged into Tier 3 today and South Yorkshire will follow from just after midnight tomorrow.