THE vice presidential debate may be marred by violence as visitors from "trouble hotspots" surge into Salt Lake City, a security source has warned.

A “ring of steel” has even been set up to secure the debate after hotels around the venue reported hundreds of guests checking in from trouble-hit cities around the country. 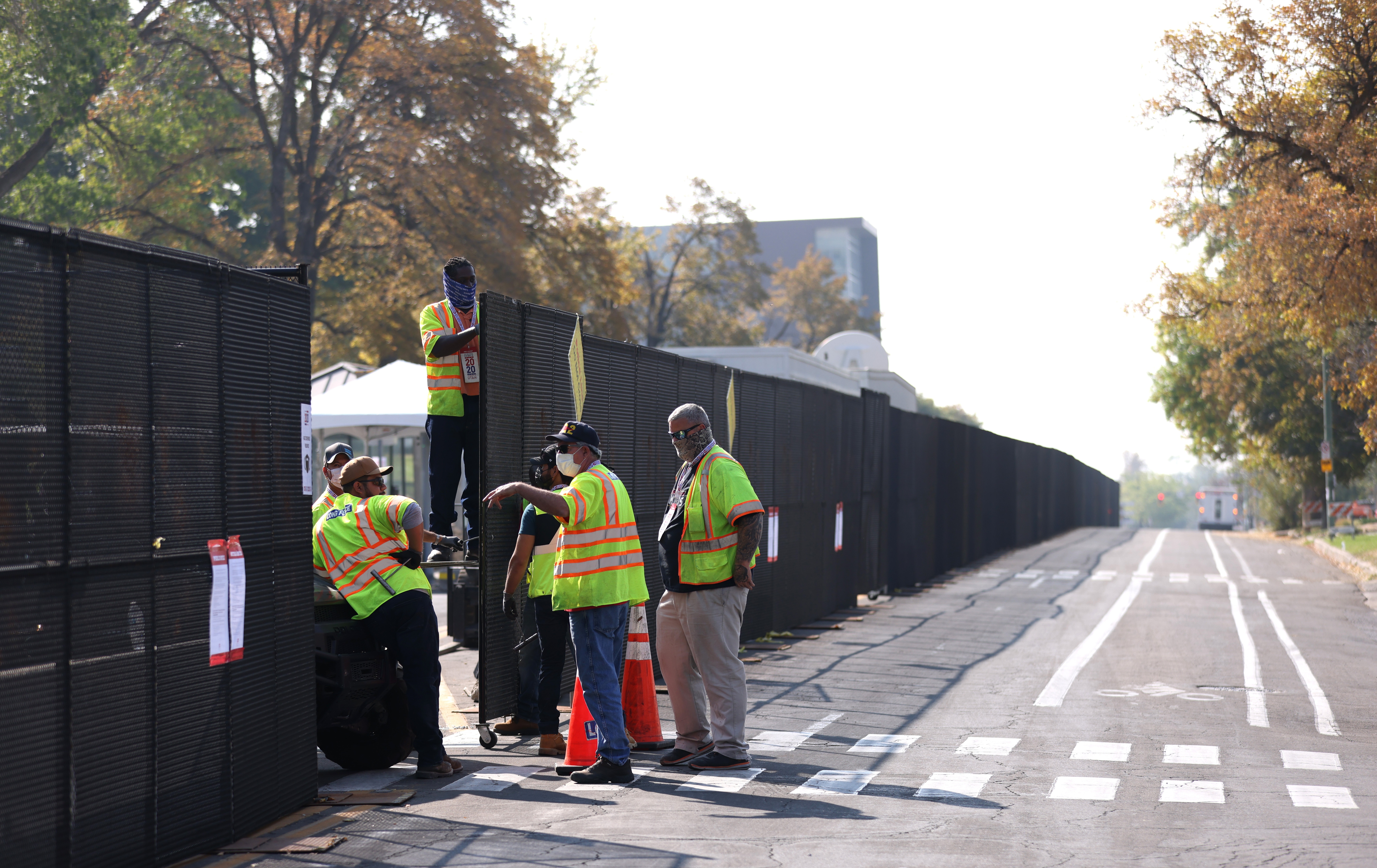 One of the measures is a 10ft-high, 12-block long fence, specially strengthened with reinforced steel that's meant to keep out protesters who have traveled in from cities hit with violence, such as Seattle and Portland.

A security insider in the city said Wednesday night’s debate is likely to create a “perfect storm” of protesters – and their official daily briefings are filled with warnings about potential violent clashes.

“Hotels in the city are reporting that they’re getting lots of guests from other states and cities like Portland and Seattle where there has already been a lot of violence on the streets," the security source said.

“We believe there is a high likelihood that these people surging in are here to protest and that some of them will not be afraid to get violent. 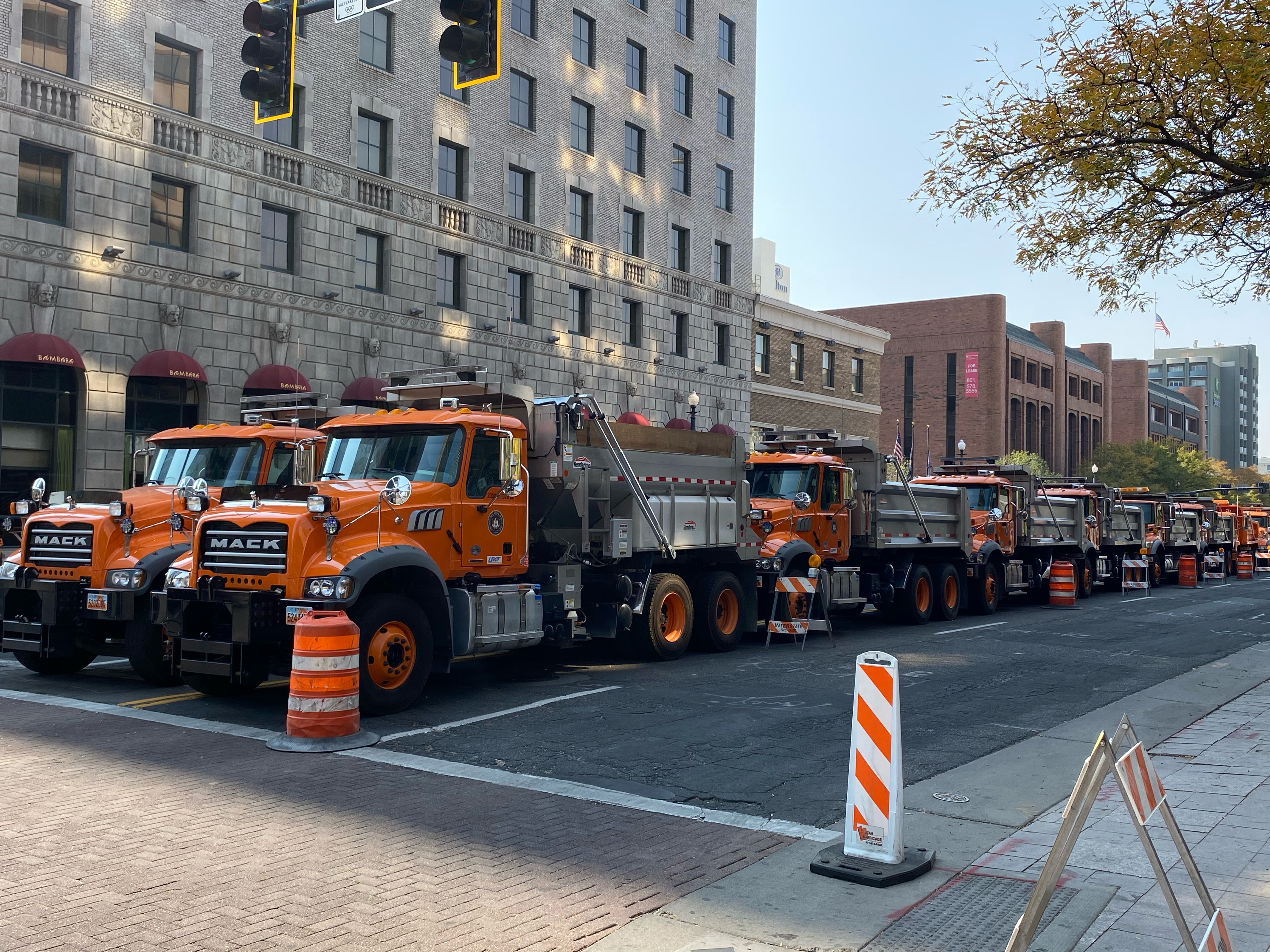 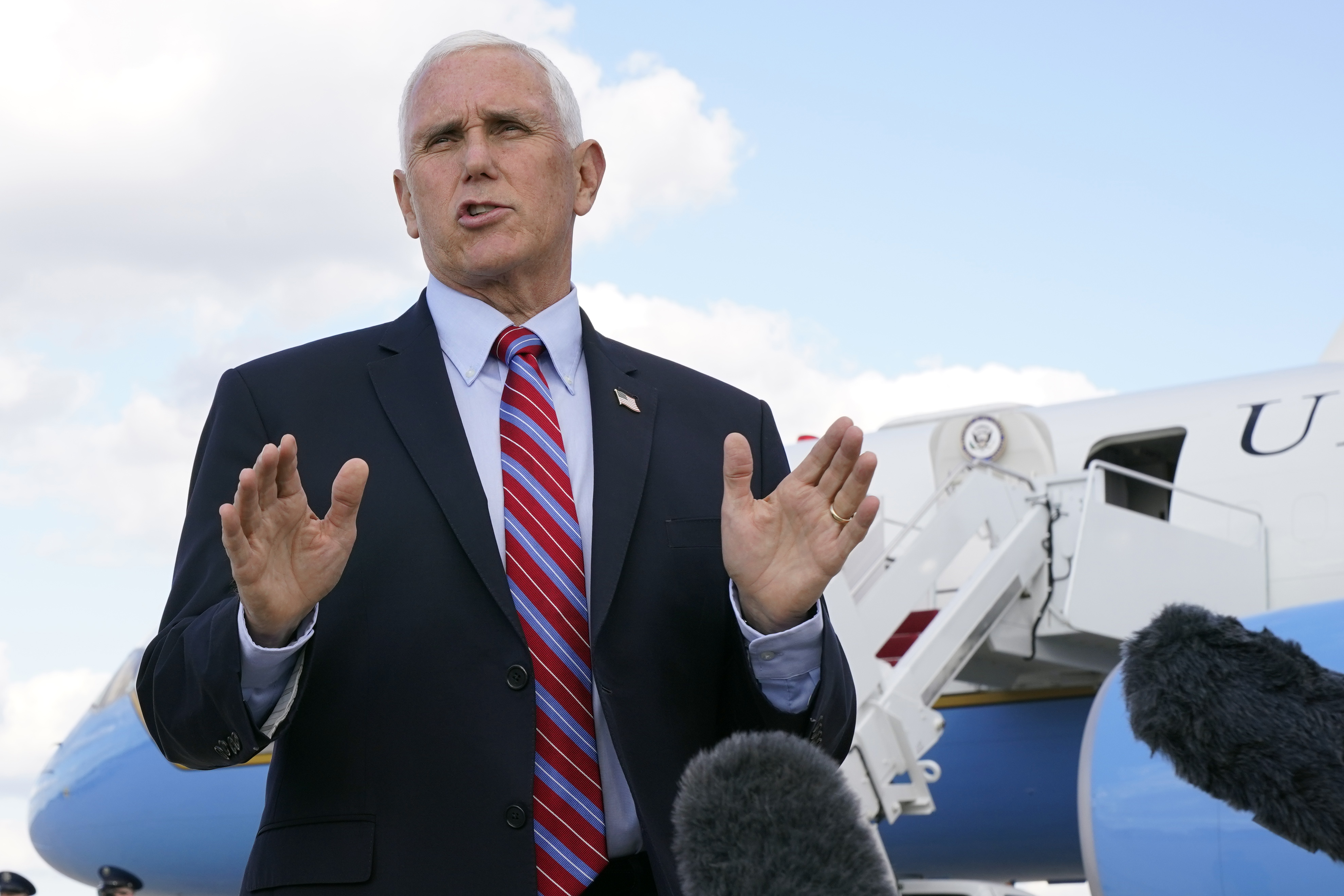 “We’re expecting Second Amendment gun rights protesters such as Utah Citizens’ Alarm, the Proud Boys, then Black Lives Matter, some 'Antifa' groups and Covid deniers all to be in just a small number of blocks around the venue and this ring of steel its designed to keep them apart.

“That’s what this fence has been put up. The Feds have even strengthened it with reinforced steel. It’s at least 12 blocks long in total.

“At all the daily briefings we’re being warned time and time again about violent clashes between these groups.

“There’s also scores of trucks set up to create road blocks and concrete barriers. Believe me, everything is now being done to keep this area safe.”

Vice President Mike Pence arrived in the city on Monday night and has since attended a number of official events. 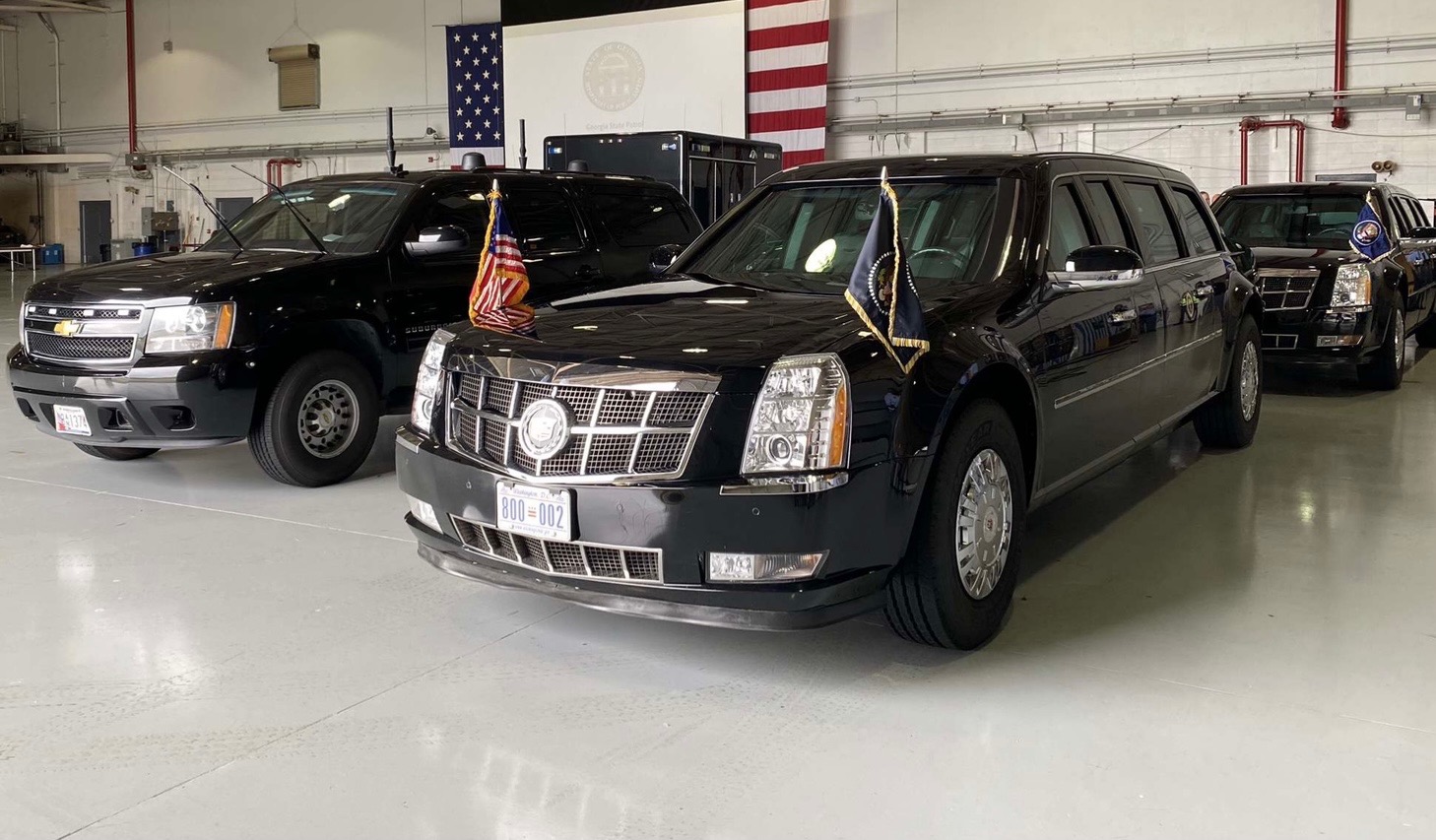 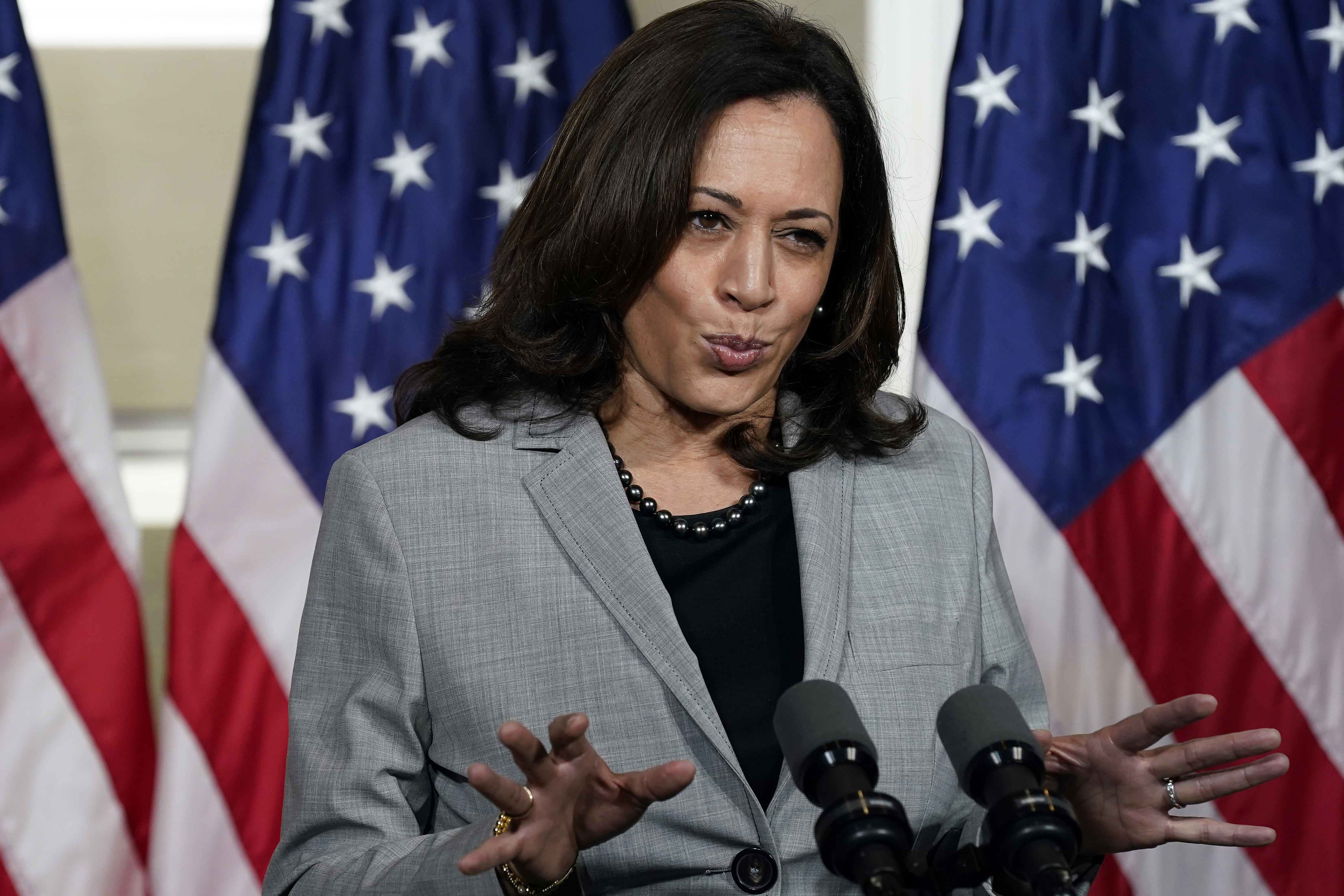 The Sun can reveal that President Donald Trump had planned to arrive with his number two to put on a “big show” but that idea was scrapped after the hewas diagnosed with Covid-19.

Kamala Harris has been in town since the weekend. She and Pence are staying in separate hotels.

The presidential state car, codenamed “the beast," which was meant to be used by Trump, has also been sitting idle at Salt Lake Airport.

It was taken to the city for the president and VP to drive in when they arrived but has not been used.

Pence instead used a reinforced Suburban with the presidential seal on its sides.

The insider said: “The idea for ‘the beast’ was for the president to use it for a big show but that’s now not happening.

“Vice President Pence has a lot of security and Kamala Harris has been out in the city mixing with locals.

“They’re both targets for extremists of course and everything has to be done to protect them.”