VETERAN eco-warrior Swampy was nicked by cops in riot gear yesterday after spending a week up a tree protesting against the HS2 high-speed rail line.

Dad-of-four Daniel Hooper, 47, was handcuffed and led away by five officers before being put into a police van at Jones’ Hill Wood, near Aylesbury, Buckinghamshire. 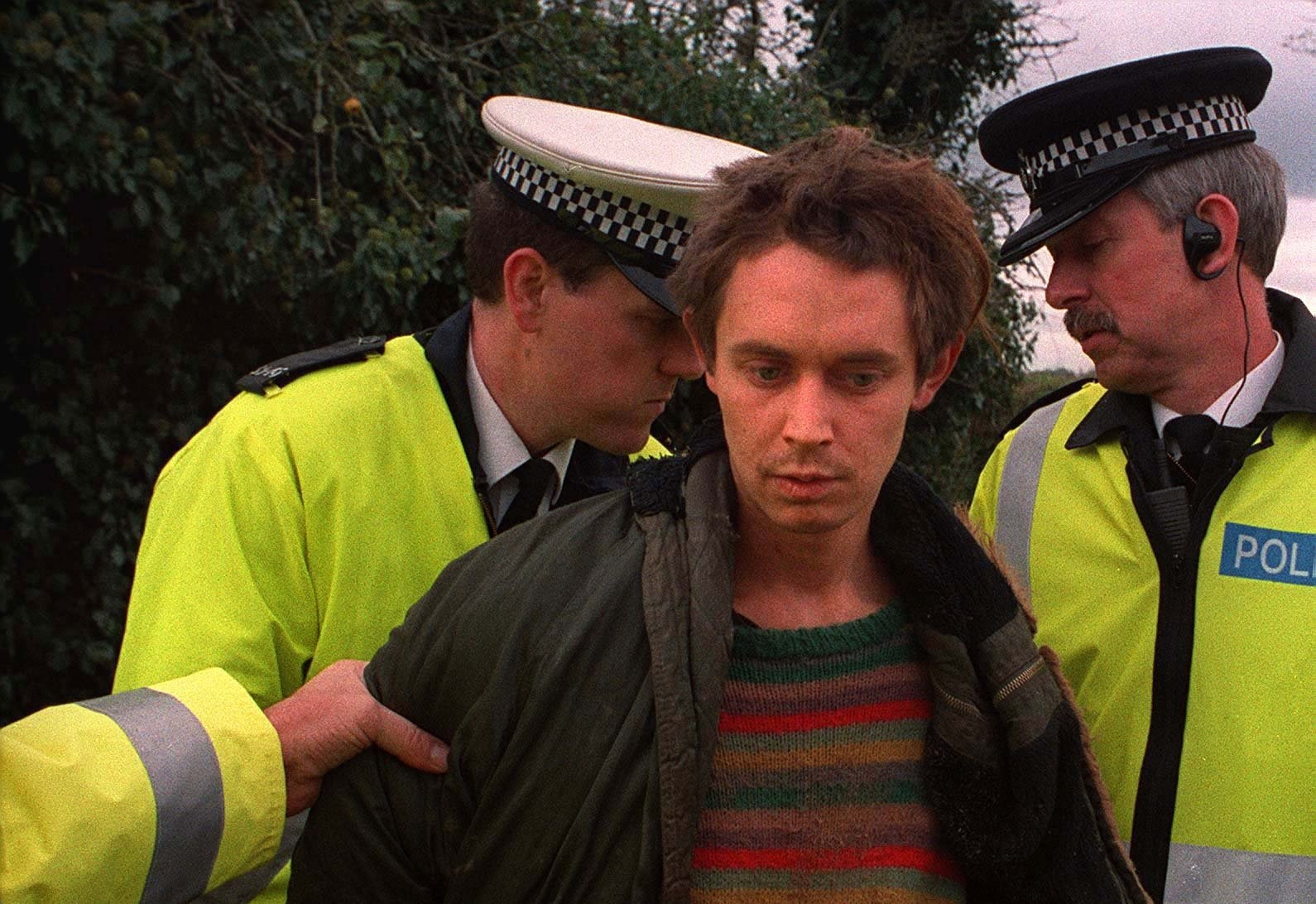 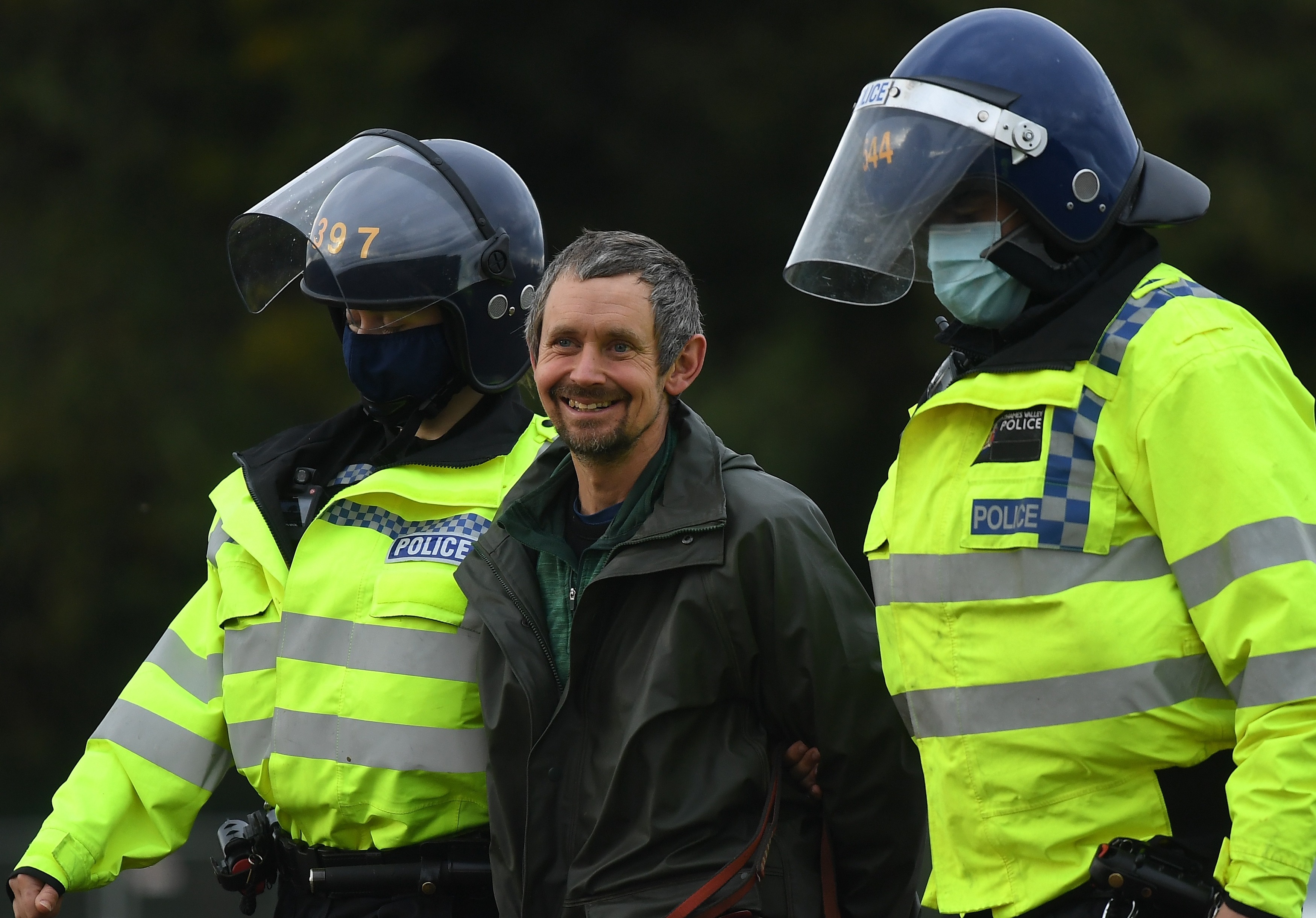 Swampy fought off officers as they tried to grab hold of him during clashes between activists and cops as they were forced out of a camp dubbed the ‘Bean Can’.

He was one of seven activists arrested yesterday as part of a demo to prevent the destruction of part of an ancient woodland that inspired Roald Dahl.

Another protestor, known as Satchel, was left dangling from a rope after he broke free from being bundled into a police cherry picker.

Specially trained climbing officers from Thames Valley Police had urged Swampy and his pals to come down from the tree quietly.

It is understood the protesters were arrested on suspicion of aggravated trespass.

Swampy’s 16-year-old son Rory joined him in the treetop protest on Wednesday, but he was not believed to have been there yesterday.

In 1997 he hid in tunnels in the path of the proposed Manchester Airport expansion. His demos also delayed new roads. 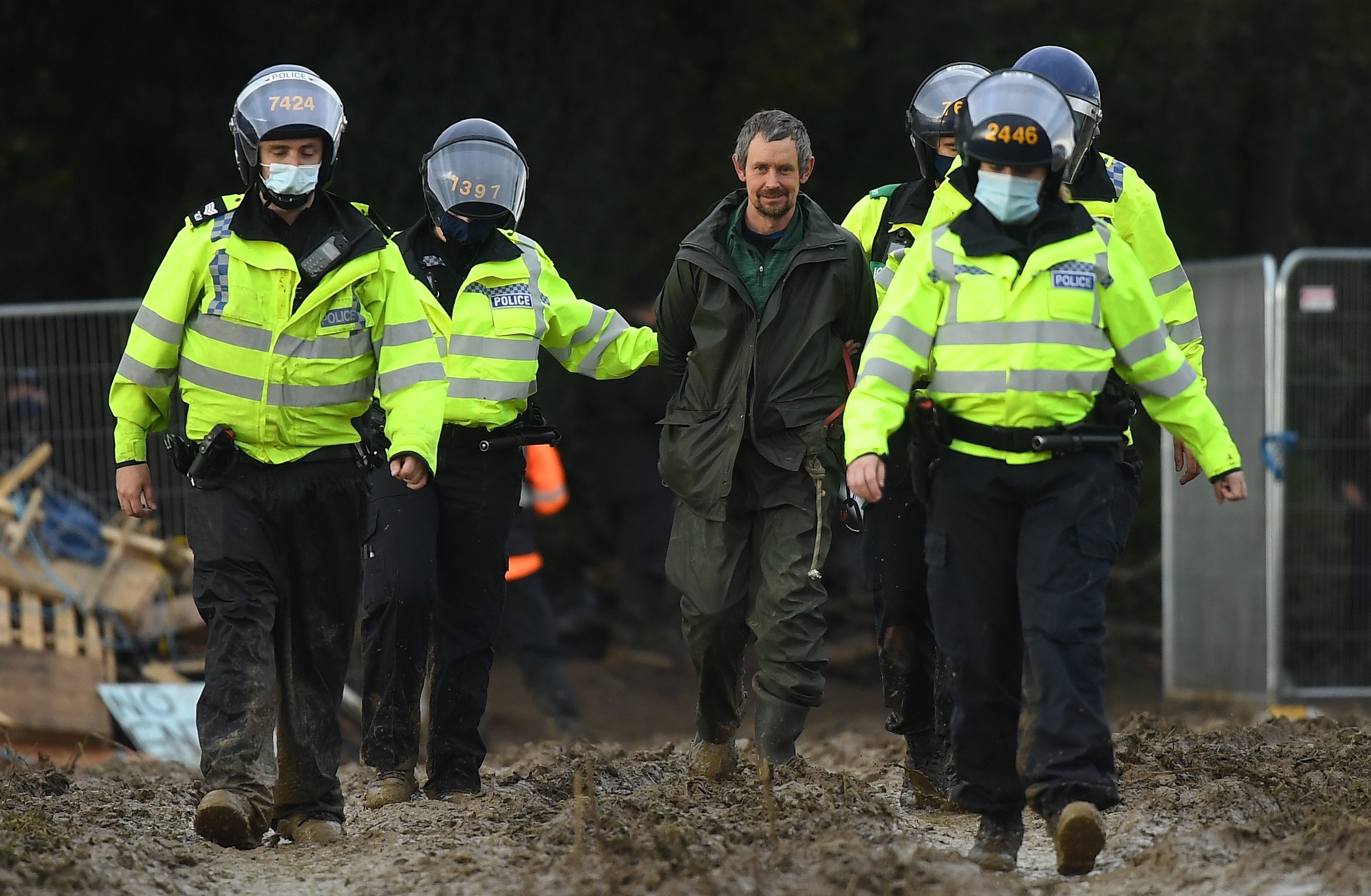 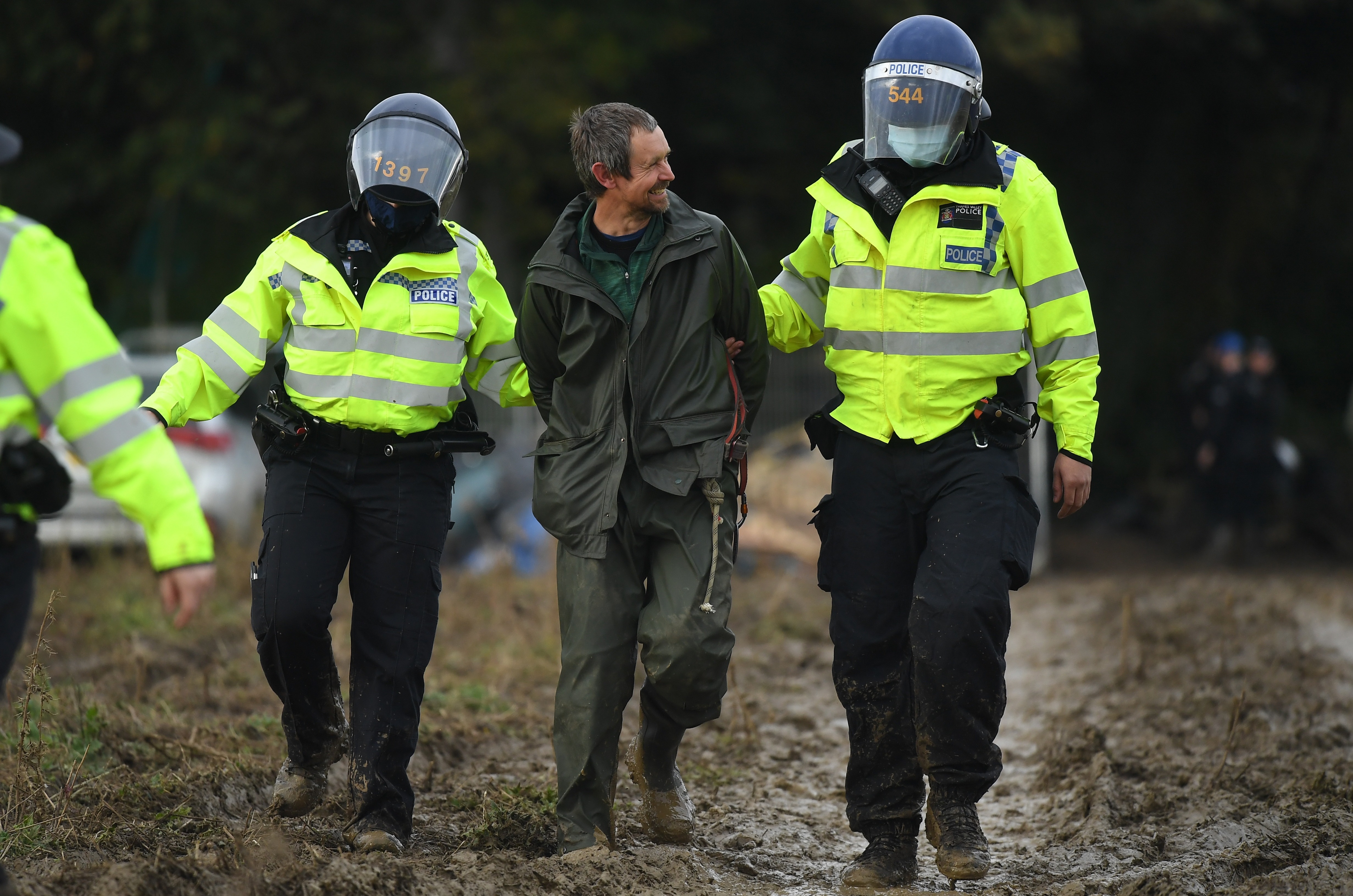