The Andrews government has engaged a US tech giant to lift its COVID-19 contact tracing system into the digital age, as the nation’s most senior health official urged Victoria to have greater confidence that it could move safely out of lockdown.

Under a data management system being installed within Victoria’s Health Department by the Silicon Valley group Salesforce, automated text messages will alert health officials, infected people and potentially their close contacts about positive tests, dramatically improving the speed of the process. 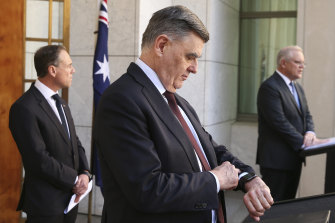 Victoria rejected an approach by Salesforce earlier in the pandemic, according to sources familiar with the matter. The company also made an unsuccessful pitch to the federal government to roll out a national contact tracing management system.

The high-tech boost to Victoria’s contact tracing regime was confirmed by government sources on Monday as Victoria’s painstakingly slow path out of restrictions brought into sharp focus the state’s capacity to contain future outbreaks.

The Commonwealth’s Department of Health Secretary and former chief medical officer Brendan Murphy said although Victoria’s contact tracing had significantly improved since the start of the second wave, it appeared to be holding back the state’s emergence from lockdown.

"I think they are in a stronger position, a much, much stronger position now, and I hope they can feel confident with the strength of their position to take a somewhat less conservative approach to their restrictions," he said. "There’s no rule book for this virus, but I think some of us feel that if there was more confidence in the public response capability, you could take some slightly more generous triggers."

"NSW has a stronger capability when it comes to tracing," Mr Morrison said. "One of the questions that is being raised in relation to the Victorian plan is what assumption is being made about the efficacy of contact tracing with the measures they have set out? To what extent would those restrictions be otherwise lessened if a higher capacity and functionality of contact tracing were present?" 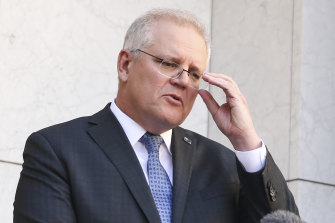 Victoria’s approach to contact tracing has been the subject of intense scrutiny and regular criticism since the onset of the pandemic, with reports of lengthy delays and antiquated systems based on whiteboards and notepaper.

Chief Health Officer Brett Sutton – who heads Victoria's Public Health Incident Management Team responsible for investigating and managing outbreaks – said Victoria’s system had been overwhelmed by the volume of cases in the second wave but was now the match of any other state. 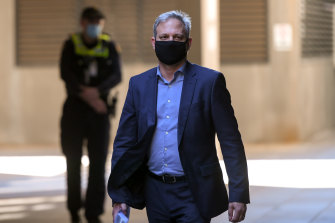 Professor Sutton indicated there may be some flexibility in the criteria announced on Sunday by Premier Daniel Andrews for the state to move out of its staged restrictions. He said it was possible Victoria could move to stage one restrictions – which would allow restaurants, bars and cafes to welcome diners back indoors for the first time since early July – without meeting the strict requirement of zero new cases for 14 consecutive days.

The epidemiological modelling that underpins Victoria’s lockdown exit plan assumes only a 25 per cent chance that a new infection case will be contacted within a day by a member of the Public Health Management Team.

A co-author of the modelling, University of Melbourne professor Tony Blakely, said this was based on a general assumption about contact tracing, not how it worked in practice in Victoria.

Mr Andrews said that in nearly 100 per cent of cases, contact tracers were reaching new cases within a day and people they might have infected within 48 hours.

Mary-Louise McLaws, an epidemiologist who advises the World Health Organisation, called for a nationalised approach to contact tracing and urged all states and territories to help each other lift standards. Professor McLaws said this should include a public register of all outbreaks, irrespective of size, so more people could take preventive measures to reduce the viral spread.

"Rather than assuming that an exposure hasn’t been significant, provide the potential locations and then locals can make the decision on whether they think they’re at risk and get tested,” she said.

The call for a national register was backed by Burnet Institute deputy director Margaret Hellard, who said all clusters were already publicly reported in NSW.

The Salesforce technology, a cloud-based data management platform, is used in 35 US jurisdictions including California, where it supports a statewide army of 10,000 contact tracers.

It follows a $4.2 million contract finalised last week by the Victorian government with IBM to add artificial intelligence software to the state's contact tracing regime.