THUNDERY showers will blast parts of the UK this Easter – as others bask in 24C sunshine.

Scotland, as well as northern and western parts of England, will be among those facing the washout while the rest of England and Wales is set to be bright and balmy. 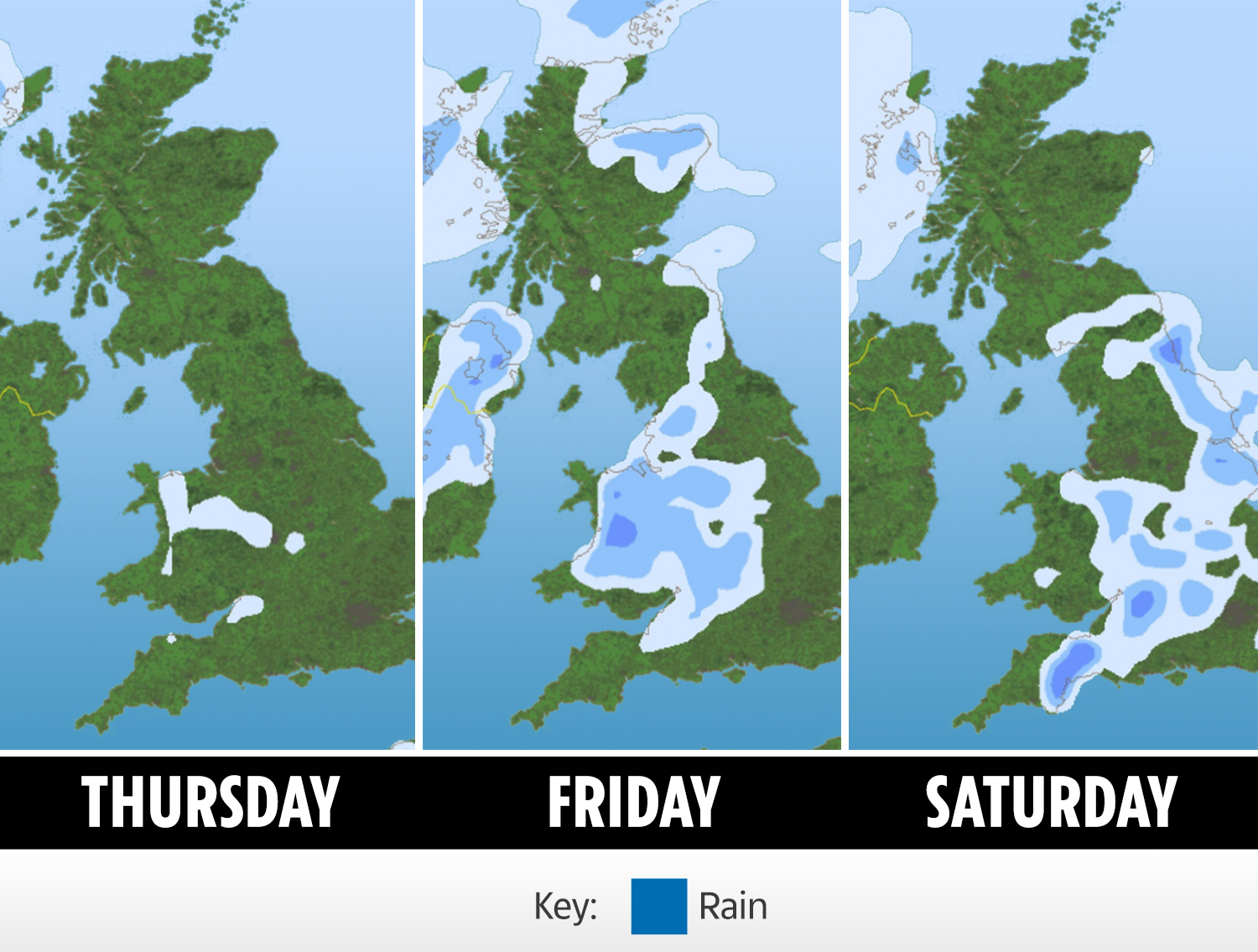 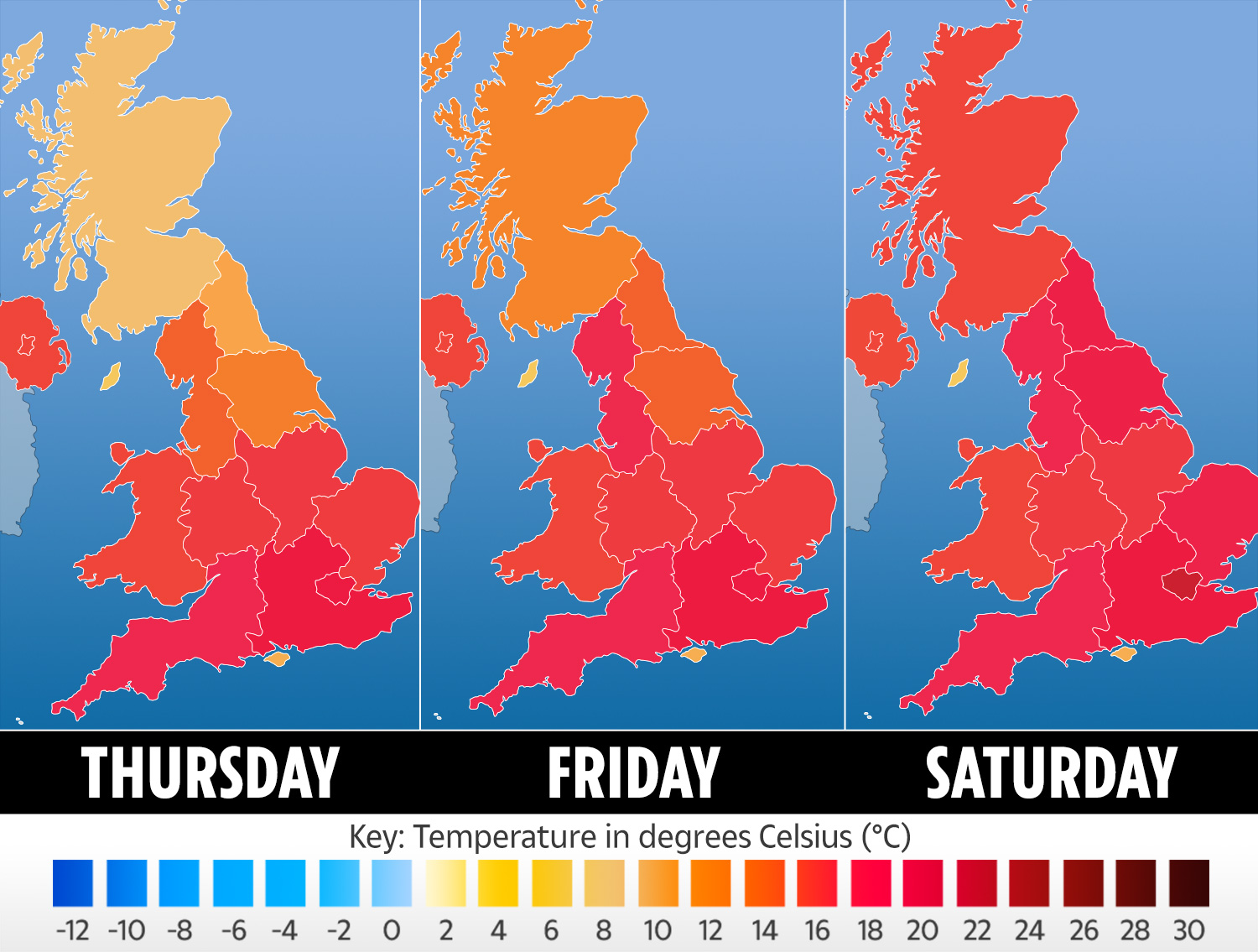 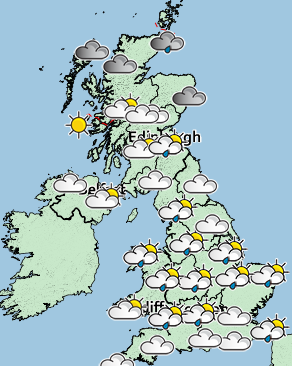 According to the Met Office, Friday and Saturday will be a scorcher for England and Wales, with the risk of some heavy showers.

Downpours will be more widespread on Sunday, hitting the north and west the worst.

Met Office Chief Meteorologist, Frank Saunders, said: “The Easter weekend starts dry and warm for many with temperatures possibly reaching as high as 24C in parts of London and the south east on Bank Holiday Friday and Saturday also.

“As the weekend continues there is an increasing risk of showers, some of which could be heavy or thundery.

"By the start of next week, although it will be drier and sunnier again it will definitely feel cooler with temperatures reaching the mid-teens at best."

Today's weather will be dry and sunny for most, with clouds moving over parts of Scotland and Northern Ireland.

It comes as an 'African heatwave' blasts its way towards the UK, with pollen levels set to reach record highs this week. 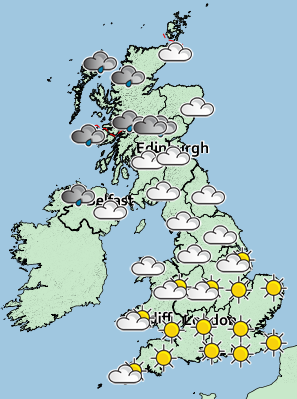 Tree pollen levels will hit hard this week for all of the UK except Scotland and the far north of England, with the worst to come after Easter.

And grass pollen will “really kick off” in May and climax in June, industry leaders have said.

The NHS suggests wearing wraparound sunglasses, changing your clothes and showering after going outside and recommends staying indoors when pollen counts are high.

Dr Beverley Adams-Groom, chief pollen forecaster at the National Pollen and Aerobiology Research Unit at the University of Worcester, said: “We expect to see tree pollen reaching a high level in the context of our records going back as far as 1951.

“Hayfever is miserable and very debilitating. Symptoms include sneezing, a runny nose, itchy and running eyes, congestion and sore throat.

“Coronavirus' most common symptoms of a cough and fever are not typical for hay fever.

“If in any doubt about symptoms, check on the NHS coronavirus webpage.”

The UK pollen forecast added: “Birch tree pollen will rise to high in the coming week in all areas apart from the far north of England and Scotland, where high is likely from mid-April.” 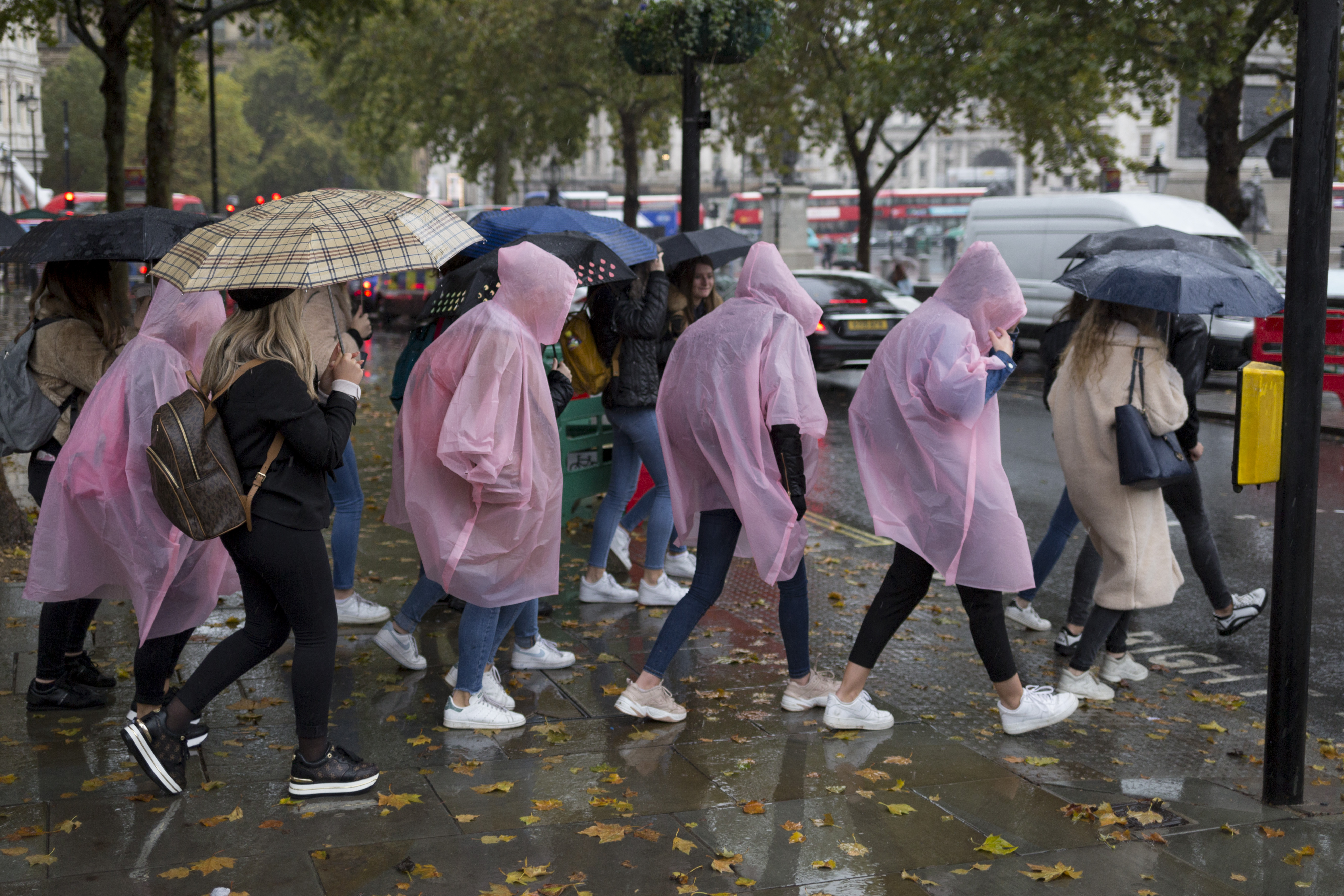 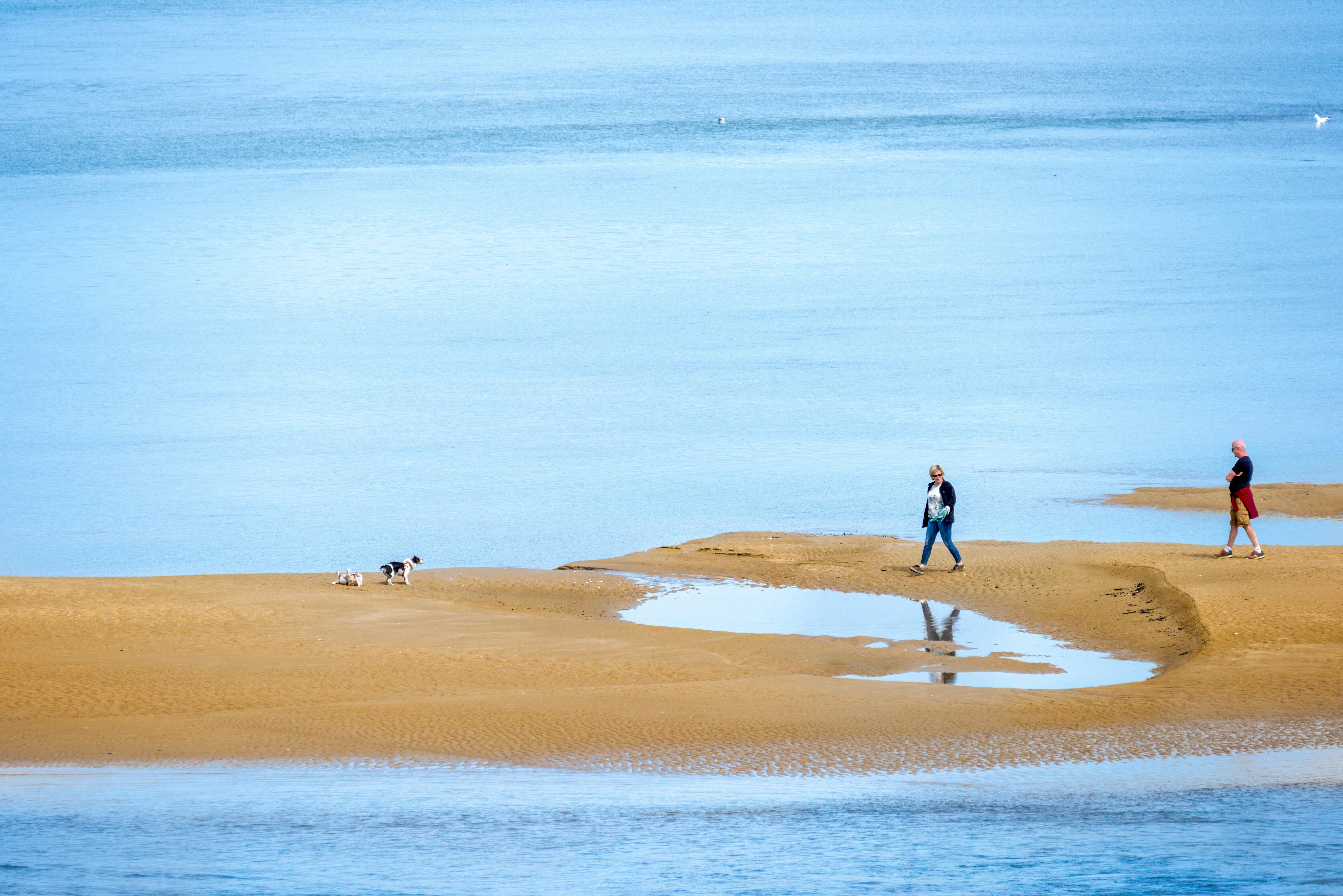 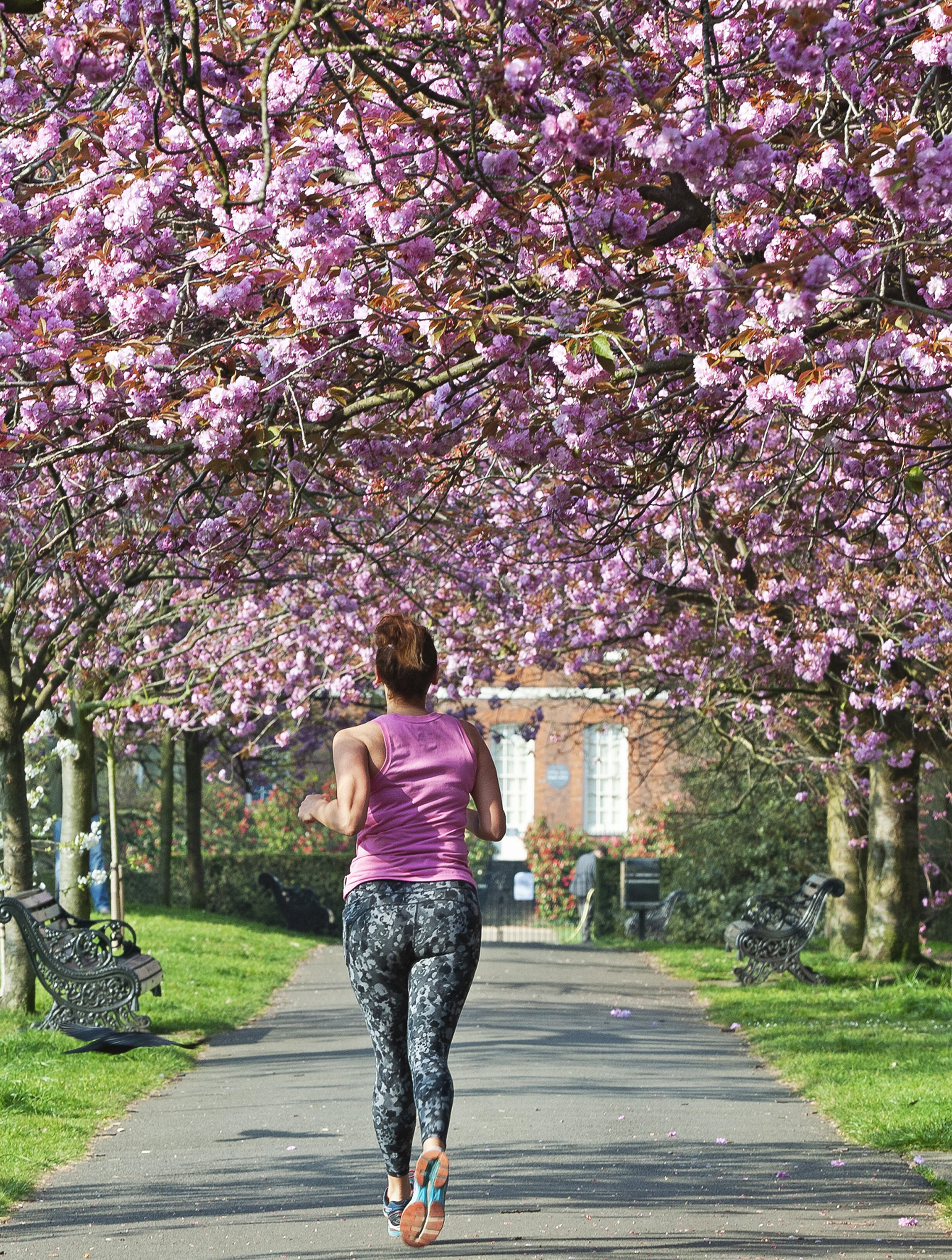 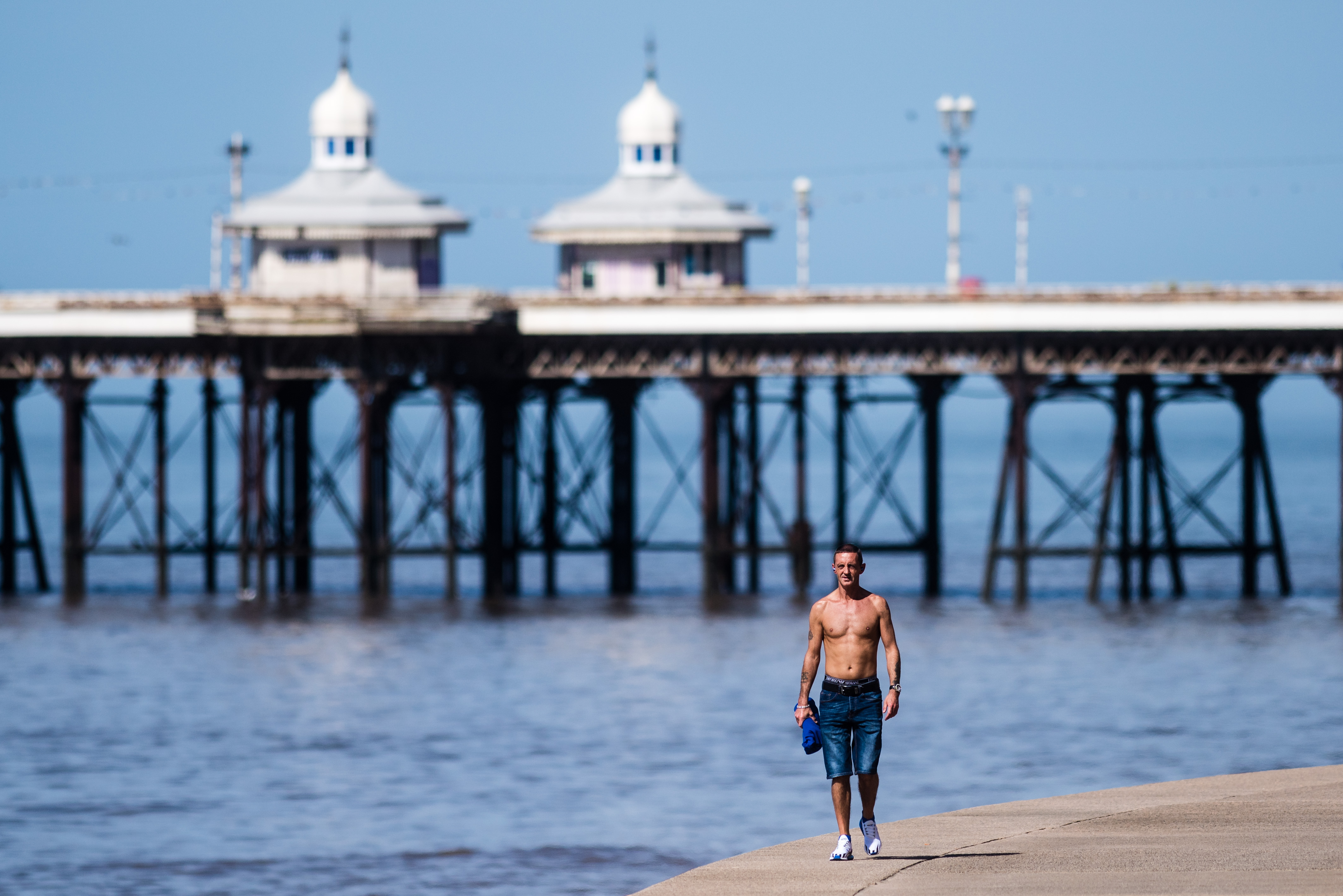