ANOTHER 12 people have lost their lives to coronavirus in the UK, bringing the total number of people who have died with the deadly bug to 41,477. 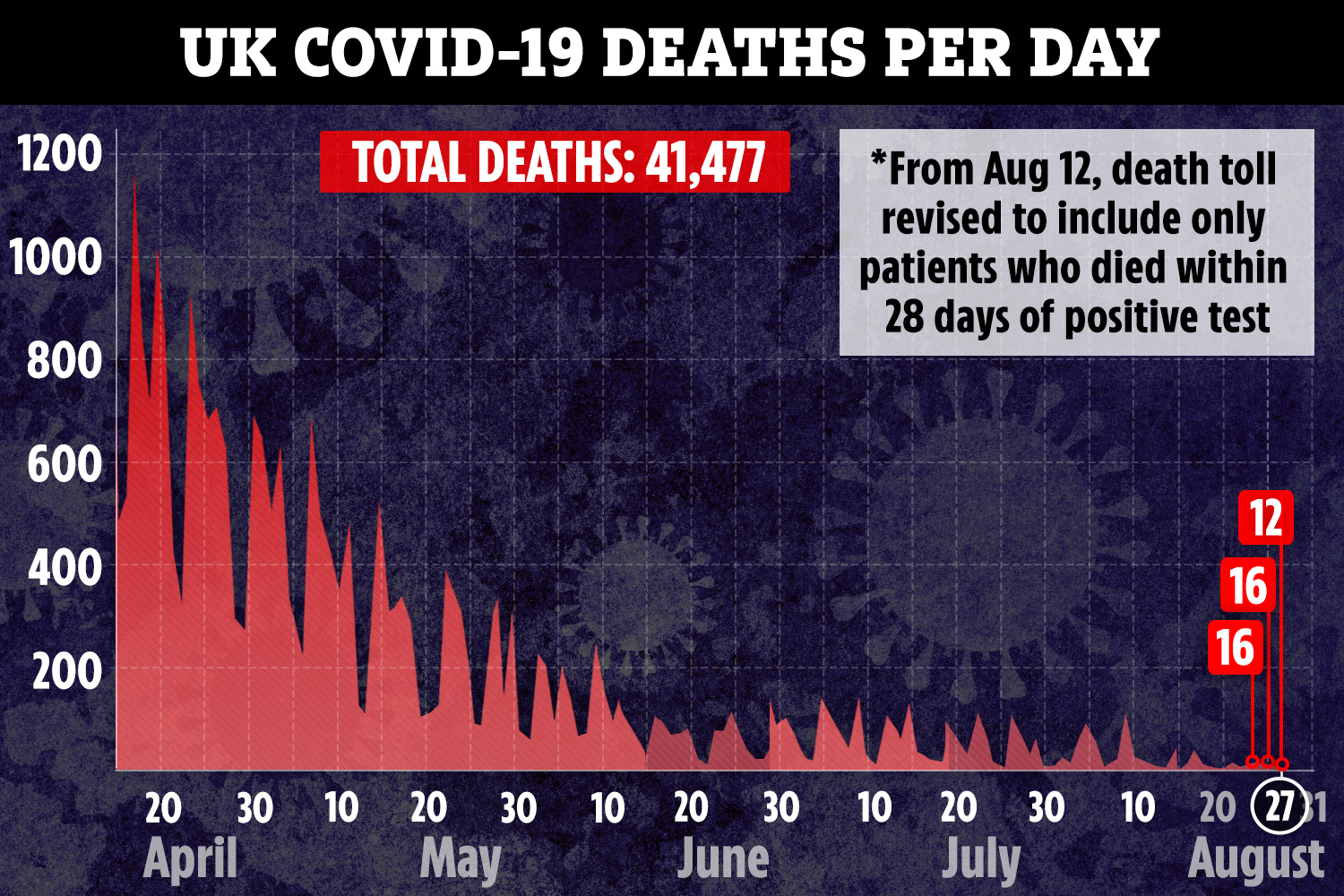 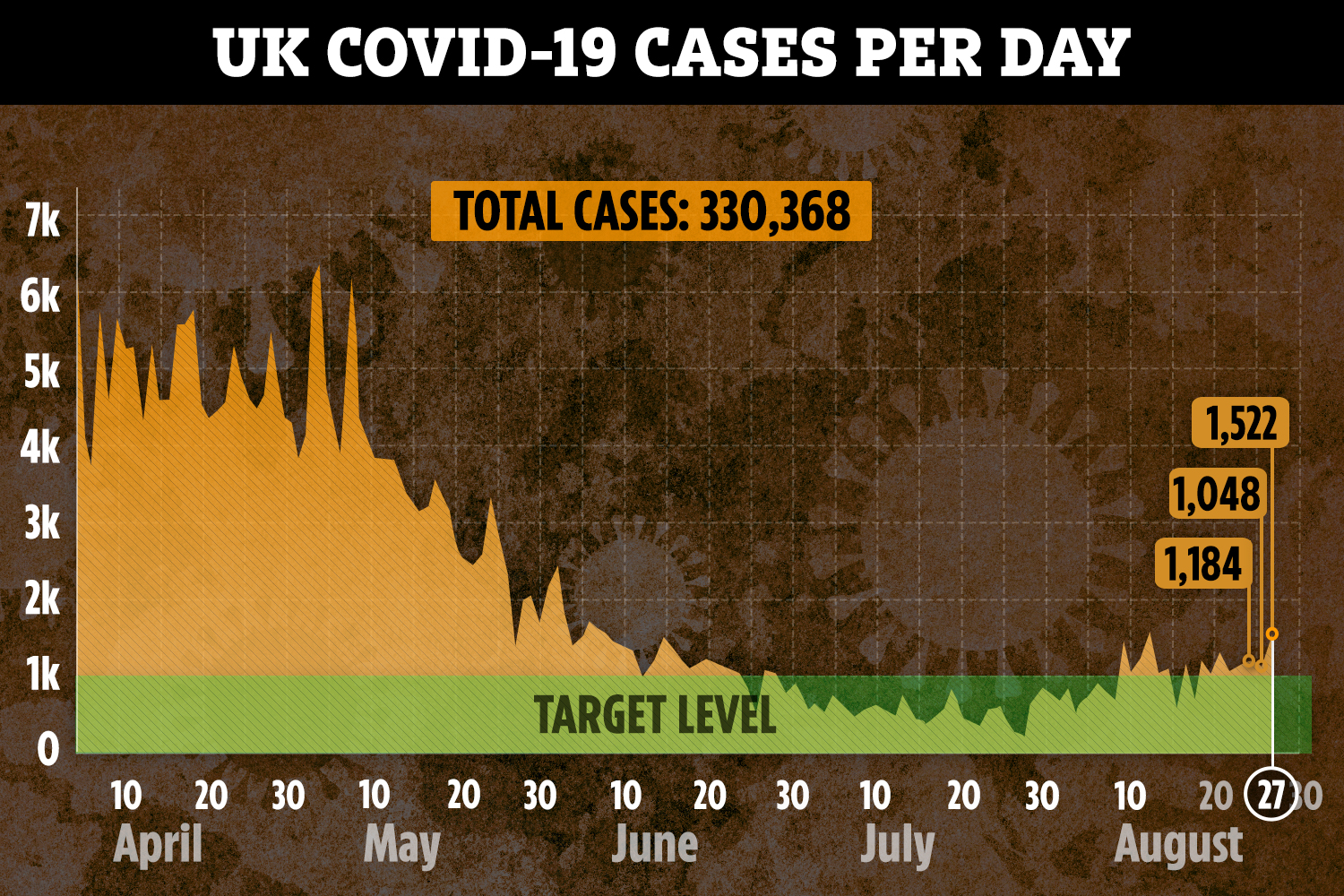 Seven more people died in hospitals in England. The casualties were aged between 77 and 90, and all had underlying health conditions.

One person died in Wales, and there were no new deaths recorded in Scotland.

Figures for Ireland are not yet available.

Today's grim tally was recorded after two days where 16 people lost their lives.

Deaths were in single figures on Sunday and Monday – with six and four – but the toll has fluctuated in figures below 20 every day throughout August.

The death tolls on Sundays and Mondays are also usually lower than average due to a lag in reporting over weekends.

It comes after coronavirus infections rose in 10 areas in England over the course of the past week.

Oxford and Redditch were among the areas to see a surge in case numbers in the past seven days. 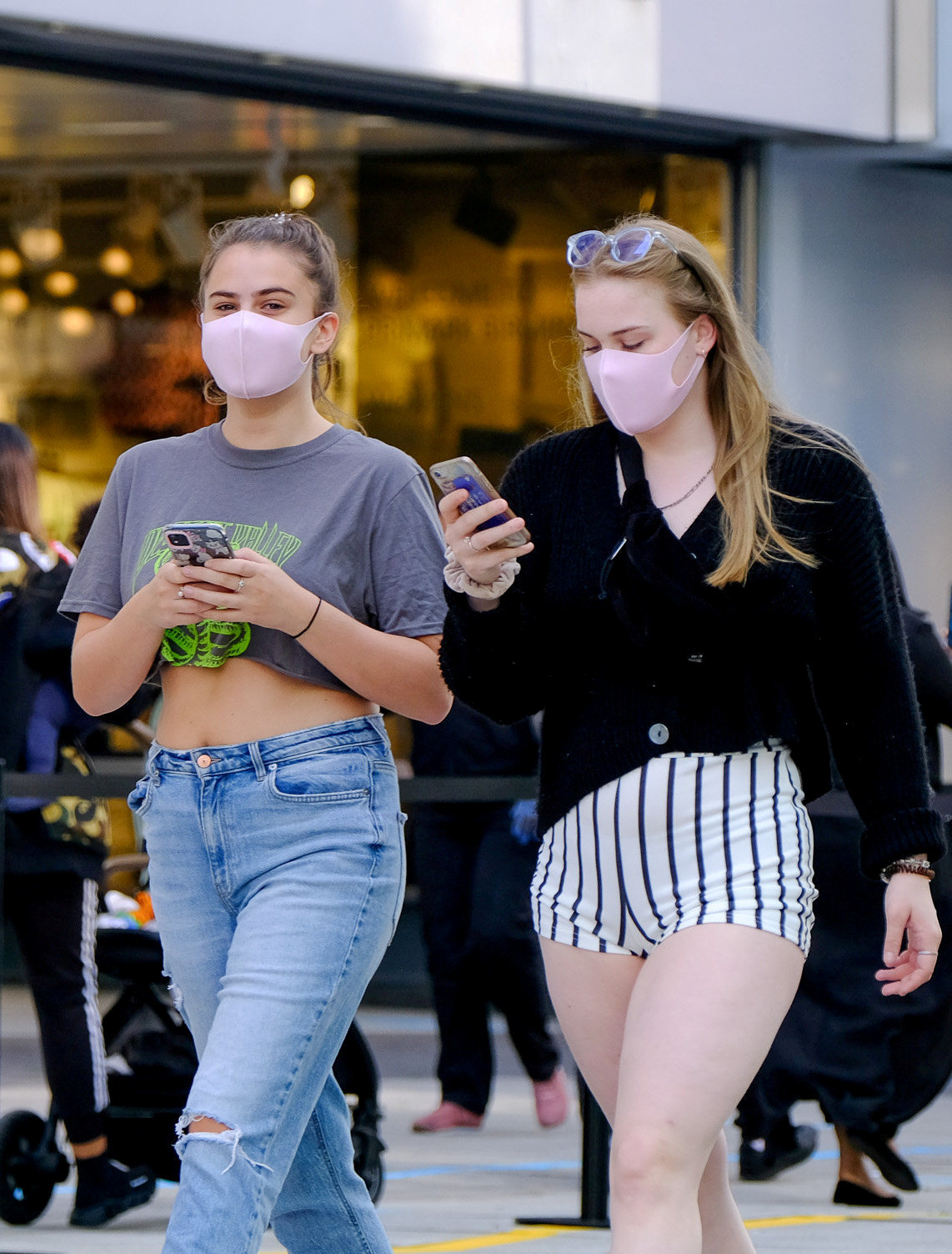 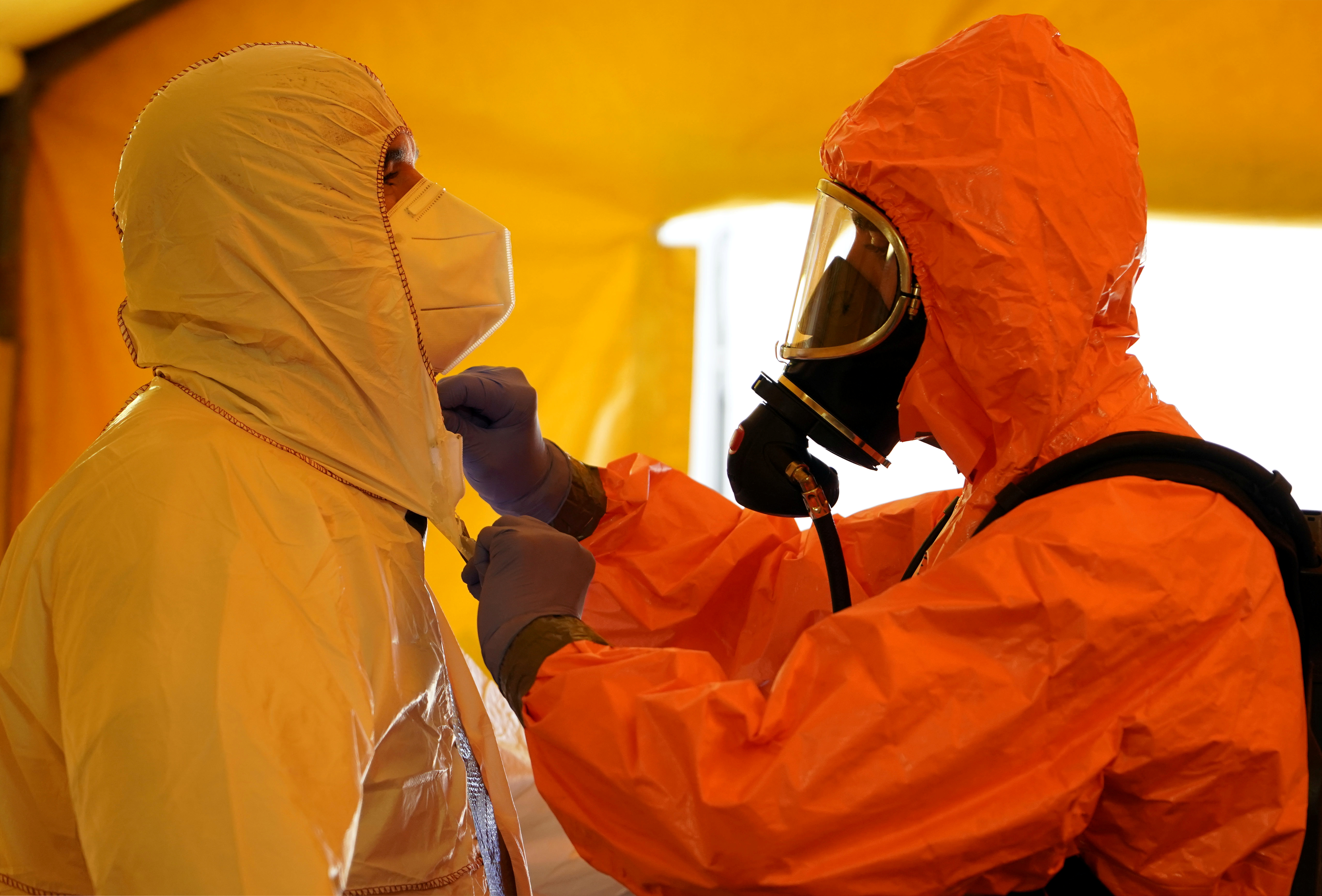 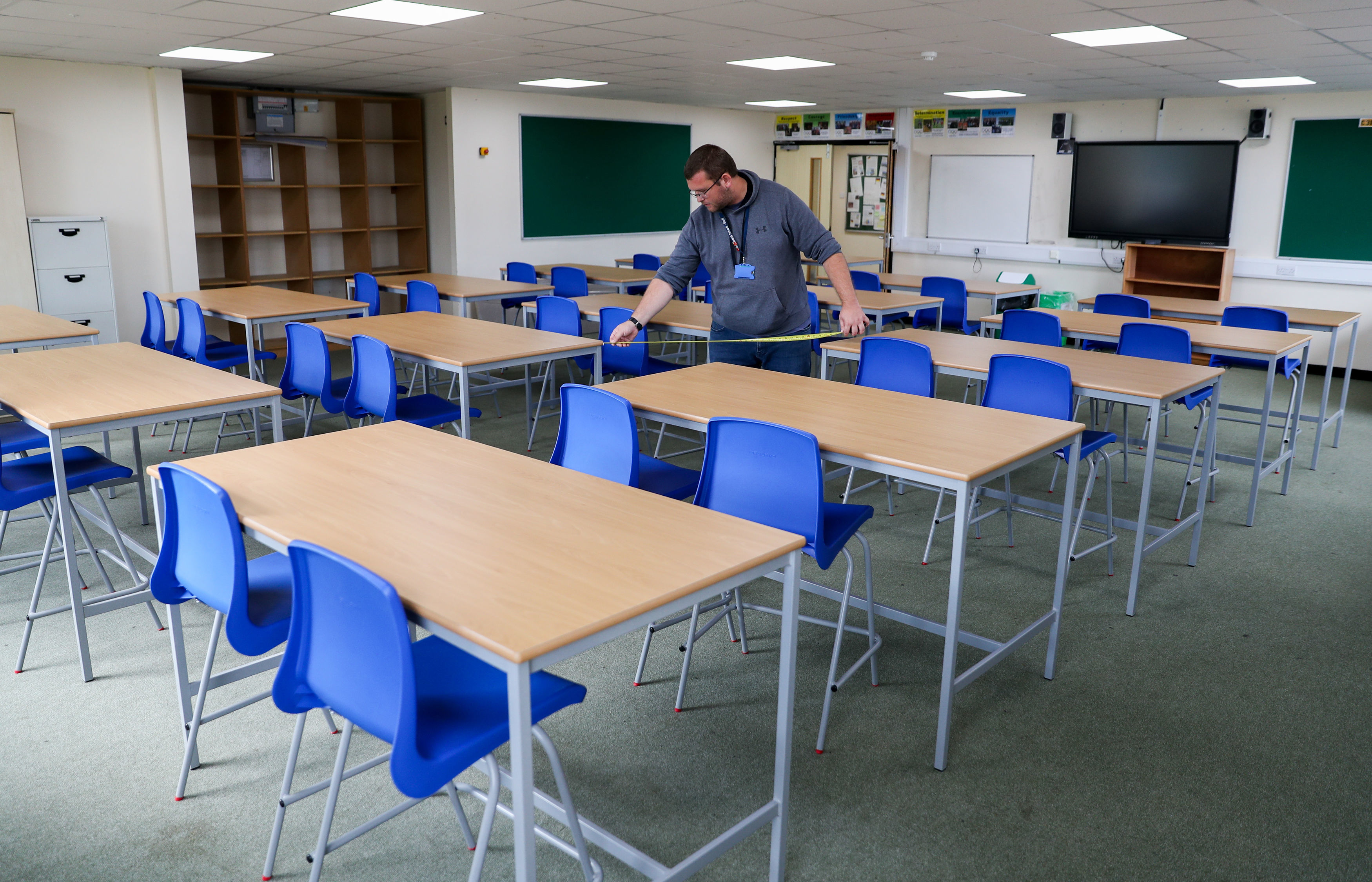 Experts say the increase in cases is to be expected as more people are now being tested for Covid-19.

Cases are also dropping in Manchester, where it's believed tough new local lockdown laws could be relaxed today.

Residents have been told to keep out of each other's homes for a month after cases spiked.

Elsewhere, Matt Hancock has today exposed a divide in the Cabinet after he said he was happy for his civil servants to keep working from home.

Boris Johnson has repeatedly urged Brits to head back to offices – and he specifically told Whitehall officials to get back to their desks in order to set an example.

But many of the UK's top firms say they don't have any plans to return all workers to offices anytime soon.

Fifty companies – from banks to retailers – were quizzed as part of an anonymous poll.

And 24 firms said that they did not have any plans in place for employees to return.

However, schools are preparing to reopen to all pupils next week.

The Prime Minister yesterday said the biggest threat to children is a missed education, and not coronavirus.

And this week Gavin Williamson has made a screeching U-turn on face masks in class, telling schools in lockdown areas that older kids would have to wear them in corridors and other communal areas to stop the spread of the bug. 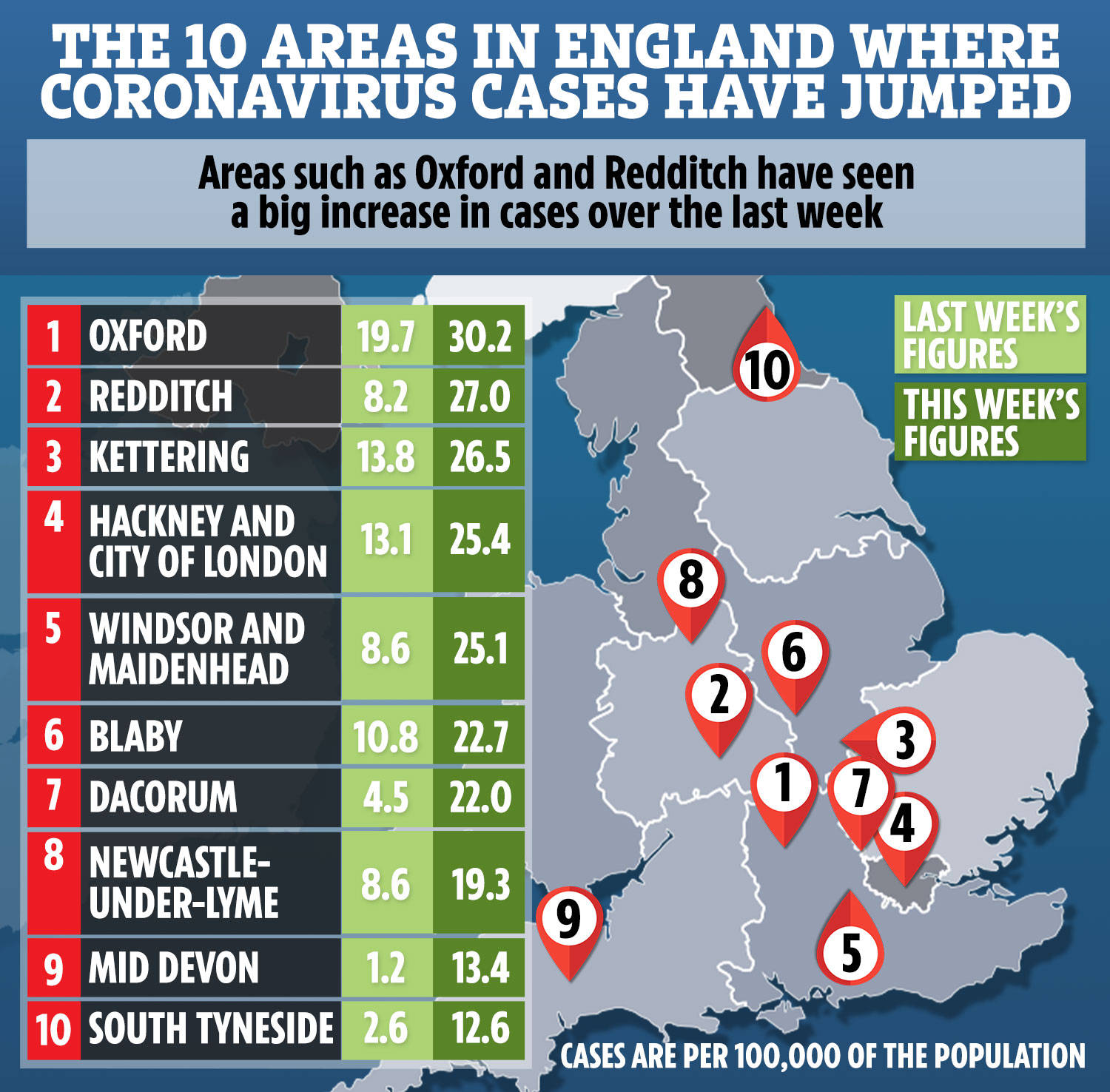