Police arrest two Britons over murder of ex-French Foreign Legion soldier, 61, who was former employee of gangster John ‘Goldfinger’ Palmer before his ‘unsolved’ death in 2015

Two Brits have been arrested over the murder of an ex-worker of slain crime boss John ‘Goldfinger’ Palmer.

Police in Tenerife confirmed today the unnamed pair had been held by Bedfordshire police officers on European Arrest Warrants in connection with the Spanish holiday island killing.

The victim, a 61-year-old former French Foreign legion soldier who worked for timeshare crook Palmer for nine years in Tenerife, was found dead in an abandoned bar on an estate called Ten-Bel on the so-called Coast of Silence in Arona in the south of the island last March.

He was said to have suffered multiple injuries in reports at the time. 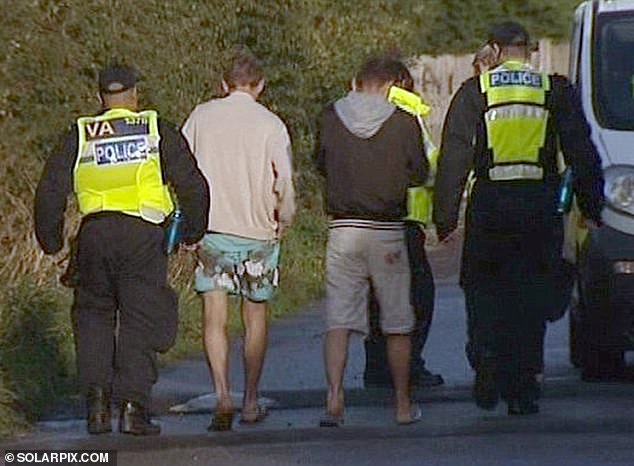 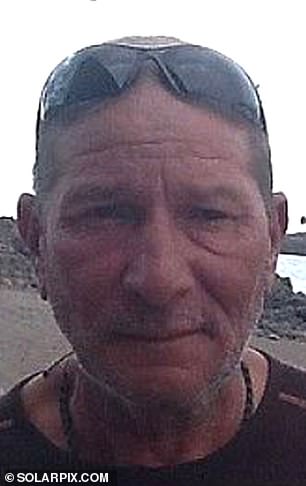 The victim (pictured) was named shortly after his death only by his first two names and the initials of his surname – Angelo Michel Y.C.C – although he was known locally as Miguel

Police were known to have been hunting two men seen leaving the murder scene.

A spokesman for the Civil Guard in Tenerife confirmed today: ‘The suspected killers, two British nationals aged 37 and 27 who had been in Tenerife just two months when the crime took place, have been arrested by Bedfordshire Police and are currently in custody.

‘They are believed to have left Spain days after the crime and hours before the victim’s body was found.’

The police force added in a statement: ‘The victim is a Frenchman who had been living for some months in a building behind some tennis courts.

‘His body was found in a state of advanced decomposition in March last year.

‘Evidence pointing to the fact he had been the victim of violence perpetrated by other people were found on his body and a murder investigation was launched.’

The dead man’s sister raised the alarm by reporting him missing. He was named shortly after his death only by his first two names and the initials of his surname – Angelo Michel Y.C.C – although he was known locally as Miguel.

He was last seen on February 25 last year.

In an interview with a local paper shortly before his death, the dad-of-seven revealed his John Palmer connection.

He said: ‘I moved to Tenerife in 1986 and I was working for John Palmer for nine years.

‘I was married four times, I have seven children and three grandchildren.

‘In France I studied and I joined the French Foreign Legion where I spent 15 years and ended up becoming a lieutenant.’

Asked if he had participated in any wars, he added: ‘Yes, Kosovo, Angola, Ruanda and many others.’

Reports at the time of his death said the two suspects are believed to have returned from a local carnival and got into a fight with the dead man when they tried to enter the area where he was sleeping.

His murder is not thought to be linked to his work with Palmer, who was shot six times at close range in the garden of his home in South Weald, Essex, on June 24 2015. Palmer’s killer remains at large.

The unnamed Brit pair are expected to face extradition proceedings in the near future, although Spanish police said today/yesterday (SAT) they had ‘outstanding issues’ to resolve with the UK authorities.