An estimated 2.2 million federal workers and military members cannot opt-out of the temporary payroll tax deferral ordered by President Trump, meaning that they will see larger paychecks through the end of the year but smaller paychecks early next year.

Employers generally have the ability to opt-out of the deferred payroll tax, which was widely panned by trade groups (and even the U.S. Chamber of Commerce) after Trump enacted the new guidelines in an August 9 executive memorandum.

Several federal worker unions are already asking for more clarity and options for their workers. The National Treasury Employees Union (NTEU), which represents 150,000 federal workers, sent a letter to the Office of Management and Budget (OMB) asking for basic information such as when the deferral starts and how the money will be repaid next year.

“They deserve to be fully educated on the impact the executive order will have on their paychecks and family budgets for months to come,” NTEU National President Tony Reardon wrote in the letter.

“Our members have been reaching out to us virtually since the announcement was made to let us know that it’s generating a lot of confusion,” Andrew Huddleston, a spokesman for the American Federation of Government Employees (AFGE), which represents 700,000 federal workers, told Yahoo Money. “They aren’t happy with it, they don’t know why they’re getting saddled with a big tax bill next year, they’re worried about penalties and fees, and they want the opportunity to opt out.” 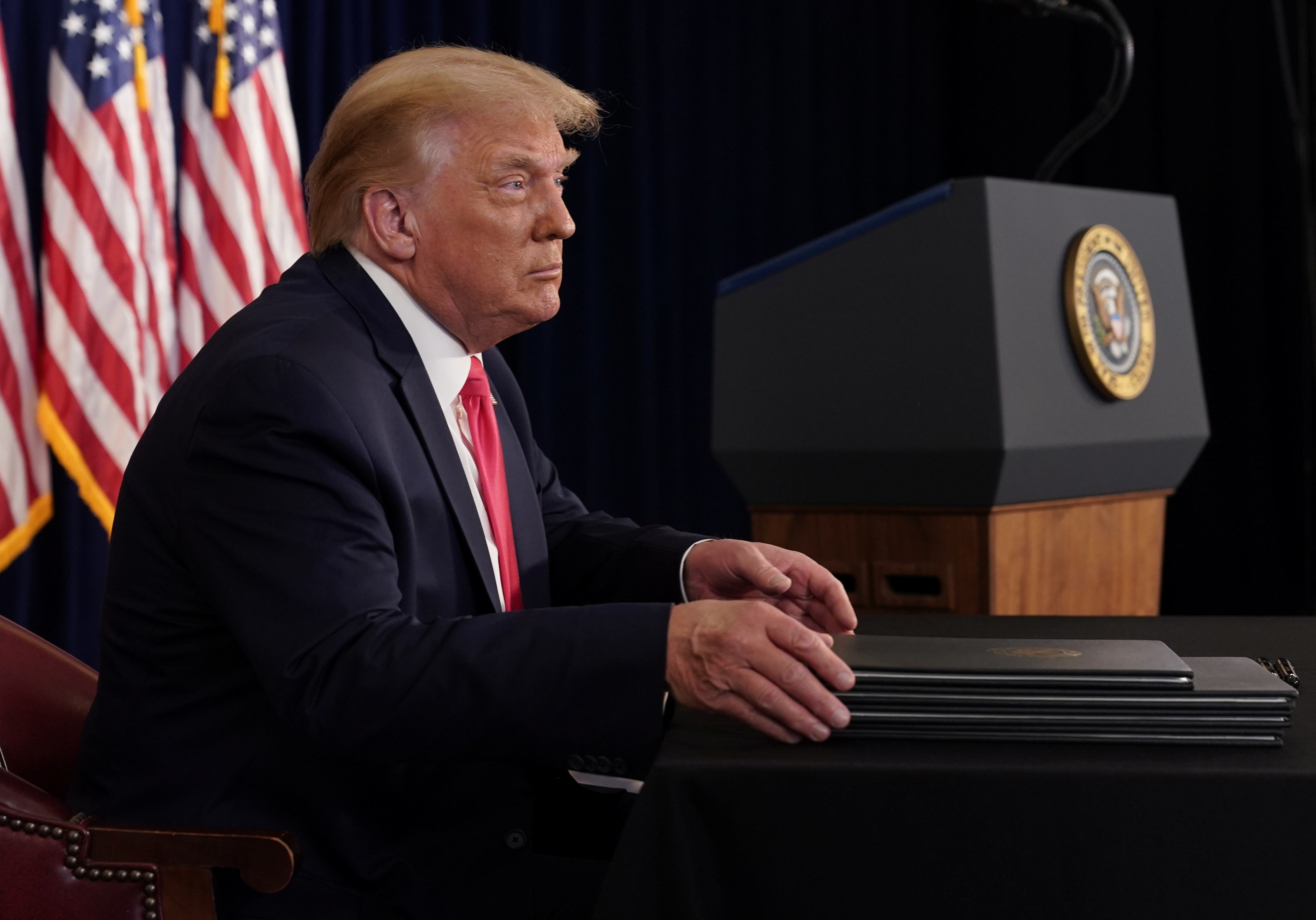 Starting this month and through the end of the year, the eligible federal employees and military members will get larger paychecks as the government won’t withhold the 6.2% in tax that funds Social Security.

But those federal workers and military members will be double-taxed at 12.4% starting in January, reducing their paychecks, so they can pay back the deferral amount to the government.

Read more: Everything you need to know about Trump’s payroll tax deferral

The mandatory deferral applies to the 22 executive branch agencies. Around 1.2 million federal workers are eligible for the deferral, according to American Federation of Government Employees, along with more than 1 million military members, according to an analysis by Karen Jowers of The Military Times.

“The executive branch is implementing the deferral to give our employees relief as quickly as possible, in line with the Presidential memo,” Rachel Semmel, a spokeswoman for the Office of Management and Budget, told Yahoo Money. “The President took action when Congress didn’t.”

Allowing employers to opt in or opt out may not be easy. The problem may come down to administrative costs and burdens, which plagued the private sector as well.

“It’s an administrative headache,” Aaron Fritschner, a spokesman for Rep. Don Beyer (D-VA), told Yahoo Money. Beyer has been a vocal critic of the mandatory deferral for military members and federal workers. “They must check a box for each person who is eligible. They don’t have time to do this. Trump announced this policy a month ago yesterday.”

In 2020, the W-4 form changed to help individuals withhold federal income tax more accurately from their paychecks. Learn everything you need to know so you can update your W-4 with confidence.

Getting Married: What Newlyweds Need to Know

Getting married? Have you thought about how it will impact your taxes? You may need to select a tax filing status, adjust your withholding and sell your home.

An Early Withdrawal From Your 401(k): Understanding the Consequences

Cashing out or taking a loan on your 401(k) are two viable options if you're in need of funds. But, before you do so, here's a few things to know about the possible impacts on your taxes of an early withdrawal from your 401(k).

Guide to Unemployment and Taxes

The IRS considers unemployment compensation to be taxable income&mdash;which you must report on your federal tax return. State unemployment divisions issue an IRS Form 1099-G to each individual who receives unemployment benefits during the year.