Trump tweets his supporters will have ‘GIANT VOICE’ into the future

An Associated Press photographer was attacked by pro-Trump protesters during the riots on Capitol Hill, because they mistakenly thought he was a member of Antifa.

Video from Wednesday shows lensman John Minchillo — who is wearing a black gas mask, helmet and black jacket and has cameras swinging from his neck — being repeatedly shoved by angry protesters who shout, “Get the f–k out of here!”

At one point, Minchillo puts his hands up and pleads with the protesters, “All right. All right. Enough.”

A few men manage to jostle Minchillo away from the police barriers in front of the steps of the Capitol building and through the crowd — and then one shoves him over a short wall.

Minchillo pulls out his NYPD-issued press pass, and the man in the Trump hat tells them, “No, he’s not. He’s press” and hands Minchillo back a camera.

The man in the hat then walks Minchillo and his colleague, Julio Cortez, who filmed the heated encounter with his GoPro, safely out of the crowd.

“He was labeled as an anti protesters [sic], even though he kept flashing his press credentials, and one person can be heard threatening to kill him,” Cortez wrote of the chaotic scene.

“This is an unedited, real life situation of a member of the press keeping his cool even though he was being attacked. A true professional and a great teammate, I’m glad we were able to get away.” 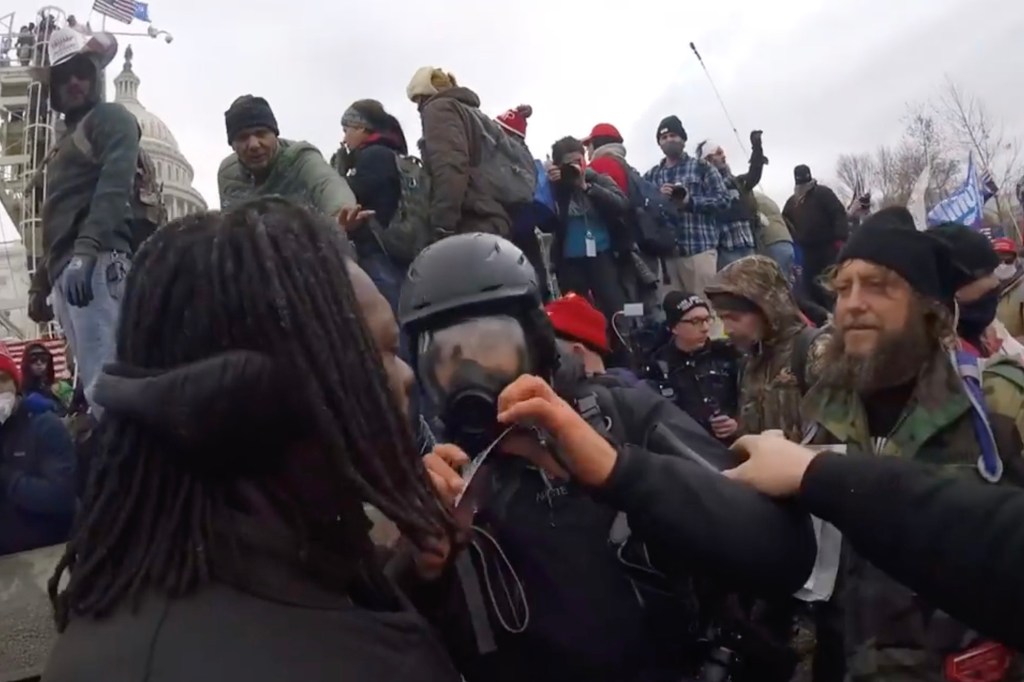 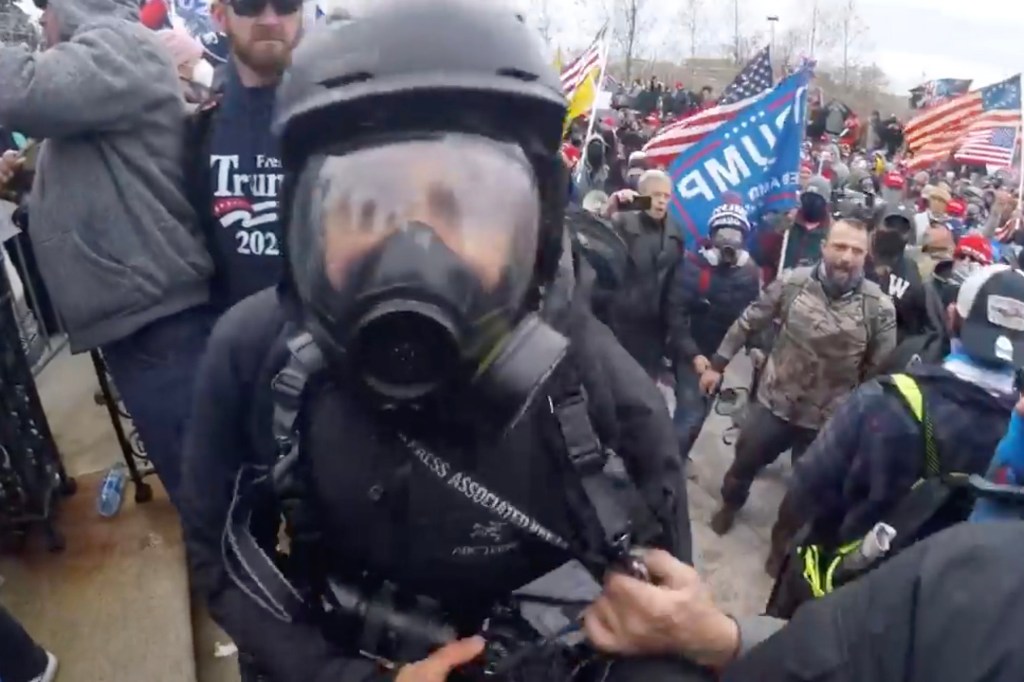 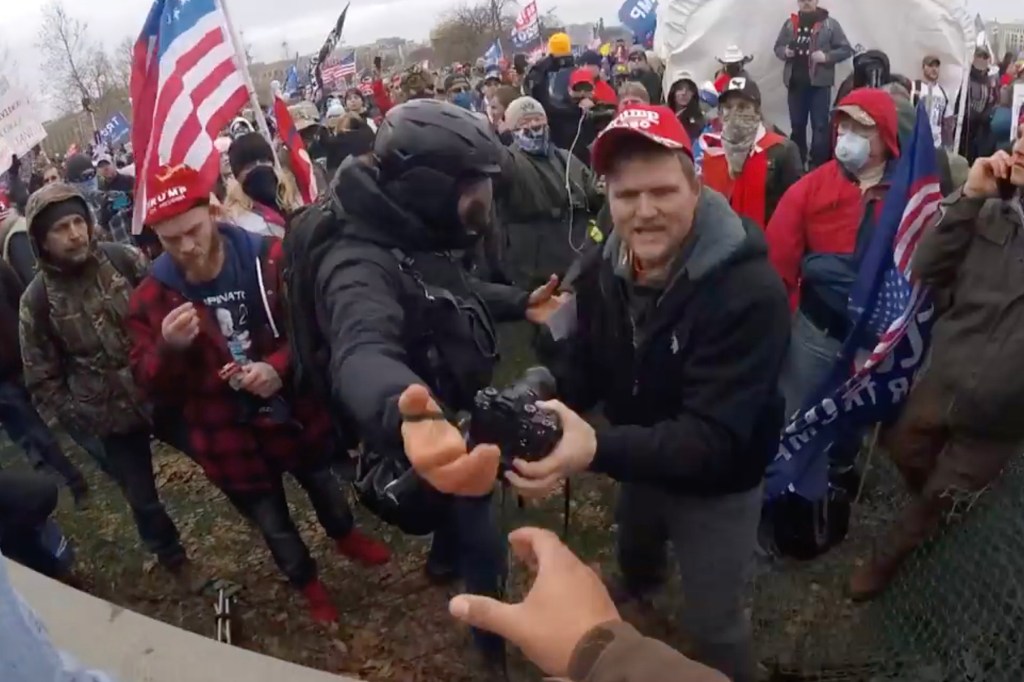 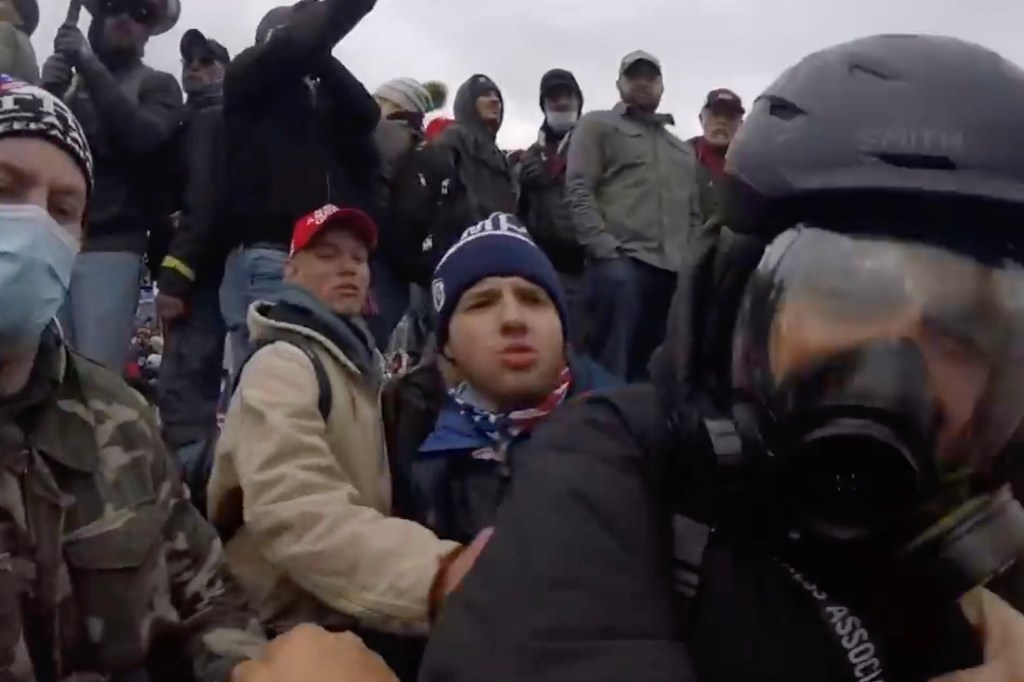 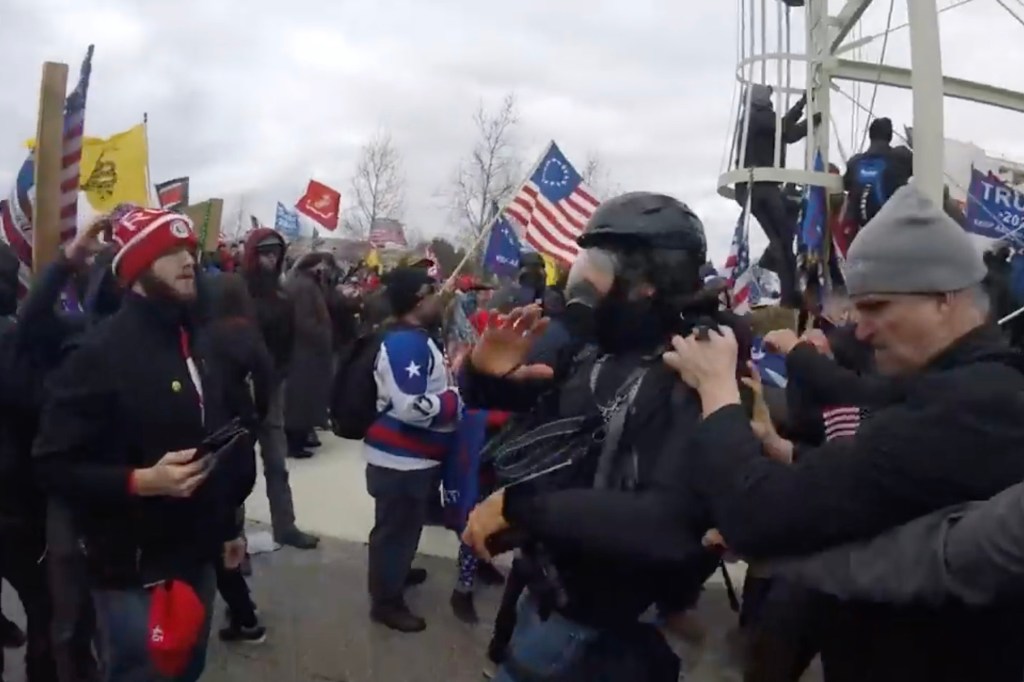 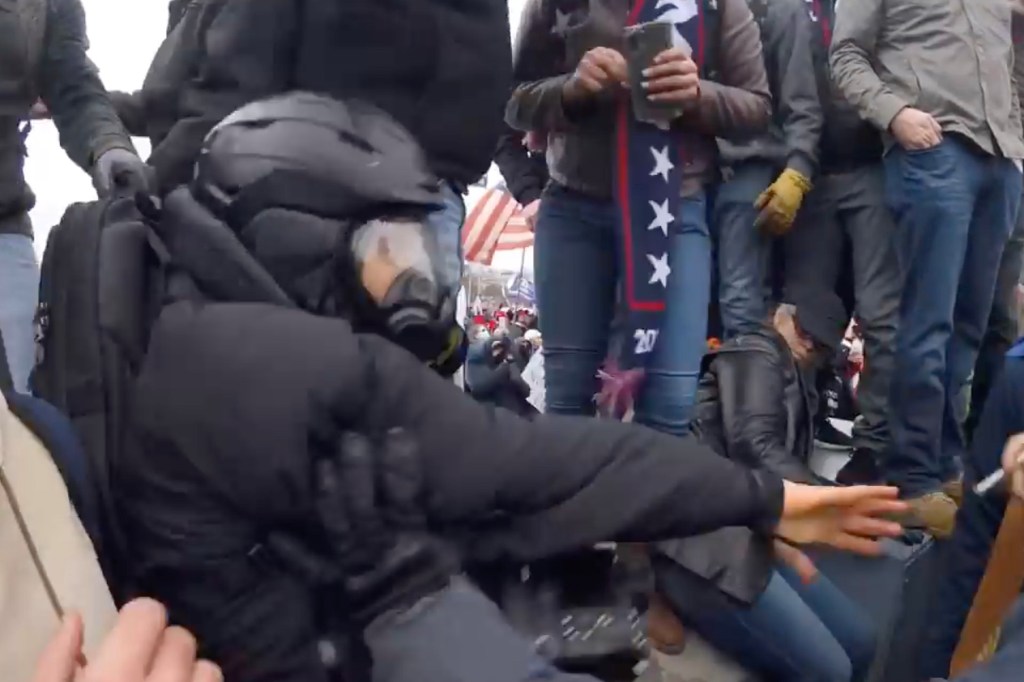