Washington: US President Donald Trump said on Friday that what he viewed as political activity by the National Basketball Association would destroy the sport.

"I think what they're doing to the NBA in particular is gonna destroy basketball," Trump told reporters on Air Force One. He said it would be "threatening" to the NBA. 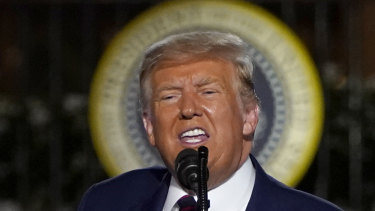 NBA players halted play for three days in a protest sparked by the police shooting of Jacob Blake, a Black man in Kenosha, Wisconsin.

The league and players association said on Friday that playoffs would resume on Saturday in a deal that includes increased access to voting in the US presidential election. 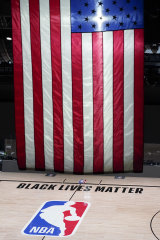 Trump said people did not want to be confronted with politics when watching sports.

As part of the agreement, the NBA and its players will establish a social justice coalition that will focus on a broad range of issues, including increasing access to voting, promoting civic engagement, and advocating for meaningful police and criminal justice reform.

Teams who own and control their stadiums will also work with local elections officials to convert the facility into a voting location for the 2020 presidential election to allow for a safe in-person voting option for areas vulnerable to COVID-19.

The league also said it will work to include advertising spots in each NBA playoff game dedicated to promoting greater civic engagement in national and local elections and raising awareness around voter access and opportunity.

"These commitments follow months of close collaboration around designing a safe and healthy environment to restart the NBA season, providing a platform to promote social justice, as well as creating an NBA Foundation focused on economic empowerment in the Black community," NBA Commissioner Adam Silver and NBPA Executive Director Michele Roberts said in a joint statement.

"We look forward to the resumption of the playoffs and continuing to work together – in Orlando and in all NBA team markets – to push for meaningful and sustainable change."