A TRUMP fan's home has been vandalized overnight after an effigy of Joe Biden was found hanged from the roof with a rope.

The home in Northern California became the target of vandals for sporting Trump paraphernalia and a Biden mannequin bearing the word "cheater". 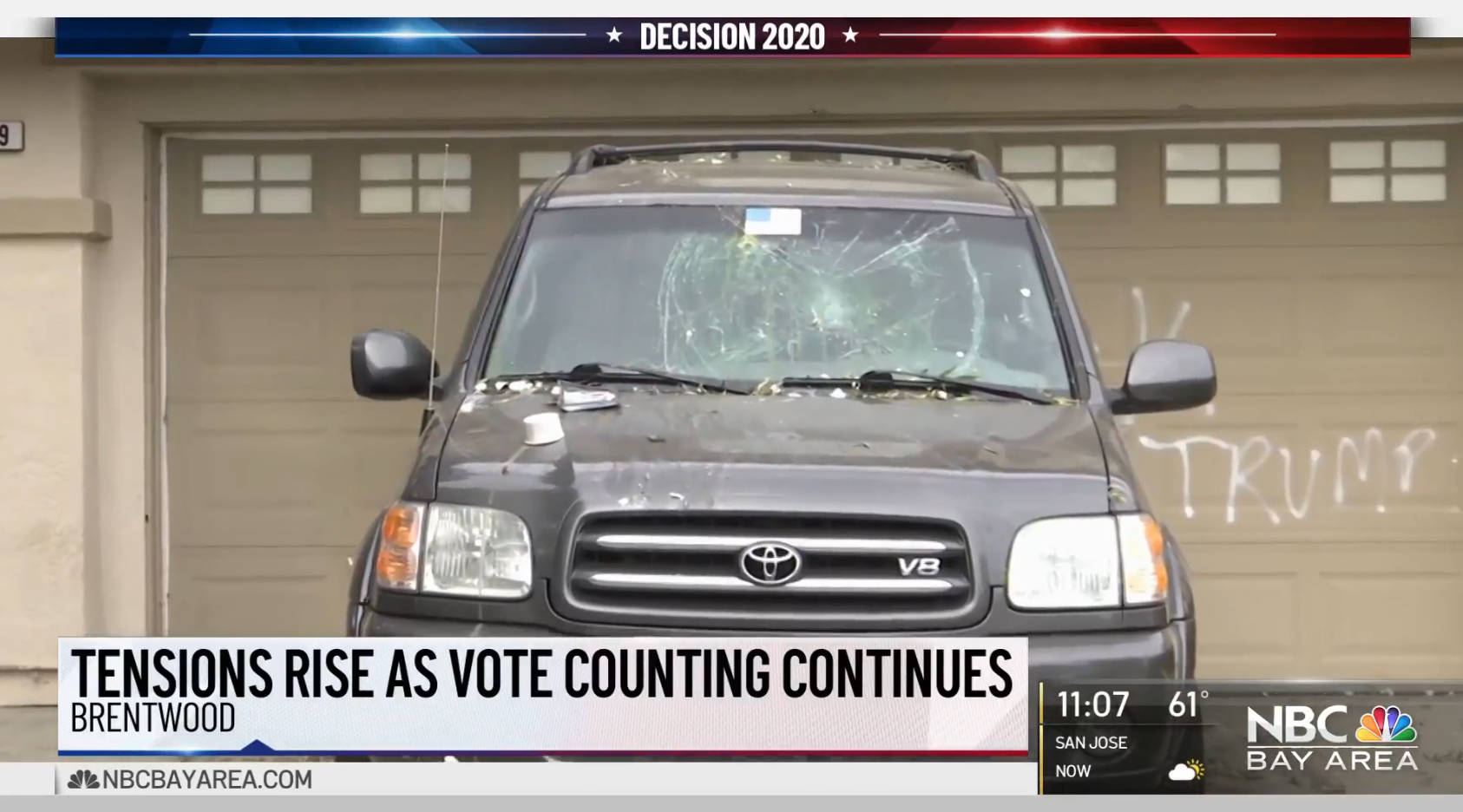 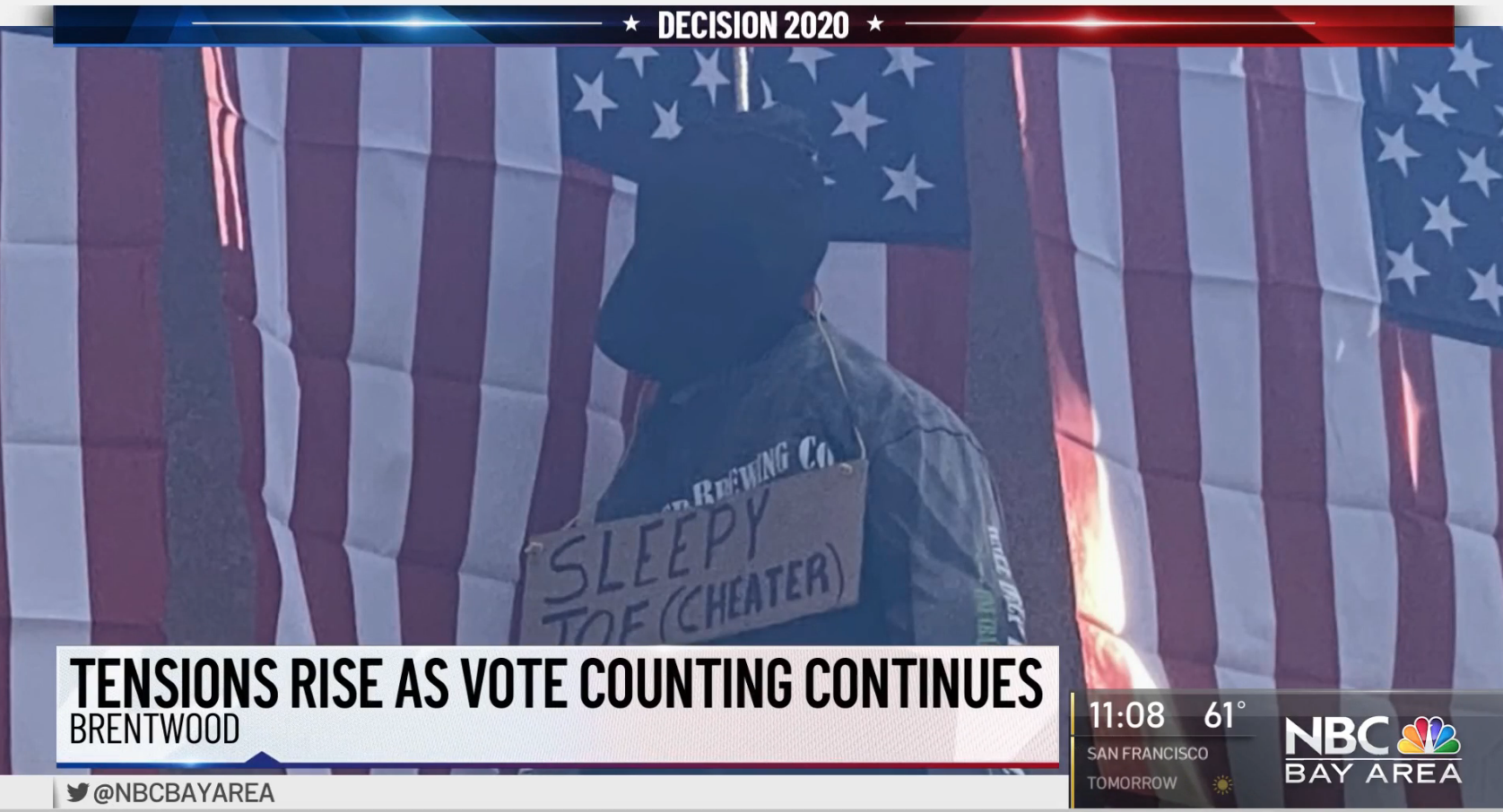 Hooded figures were captured on video in the early morning hours of Friday tossing objects, including eggs, at the Brentwood home, as seen on NBC Bay Area video.

An SUV was also left with a smashed windshield parked in the home's driveway.

The word 'Trump' was also seen painted with graffiti on the garage.

Police blocked the adjacent street in response. No arrests were reported.

Earlier on Thursday, Brentwood police issued a statement saying officers responded to a residence on Craig Ct. to investigate a report of a mannequin hanging from a tree.

"When officers arrived they discovered a mannequin hanging from a rope from the side of a second story residence," the statement read.

"The mannequin was clothed and displayed a black ball cap, covering the mannequin’s face, a long sleeved shirt, and denim blue jeans. A cardboard sign was across the chest of the mannequin and read 'Sleepy Joe (Cheater)'."

Brentwood officers spoke with the homeowner who agreed to take the mannequin down.

The Contra Costa County District Attorney’s Office confirmed that the act was not criminal, stating that offensive expression is protected under the First Amendment.

Brentwood police said the results of its inquiry into the matter would nonetheless be forwarded to the U.S. Secret Service.

The Secret Service, which is charged with protecting presidents and nominees, does not comment on potential investigations, spokeswoman Julia McMurray said.

Neighbors said the homeowner has previously displayed President Donald Trump signs and Confederate flags for years, but said the effigy crossed the line.

"I was born and raised in Brentwood – lived here my entire life and I've never seen something as hateful as this," resident Madison Weisner told NBC News.

Another resident, Joycelyn Hudson, said she and her family do not feel safe and found the display is threatening.

"It just makes me feel disgusted and sad that we still have to go through this stuff," she said. 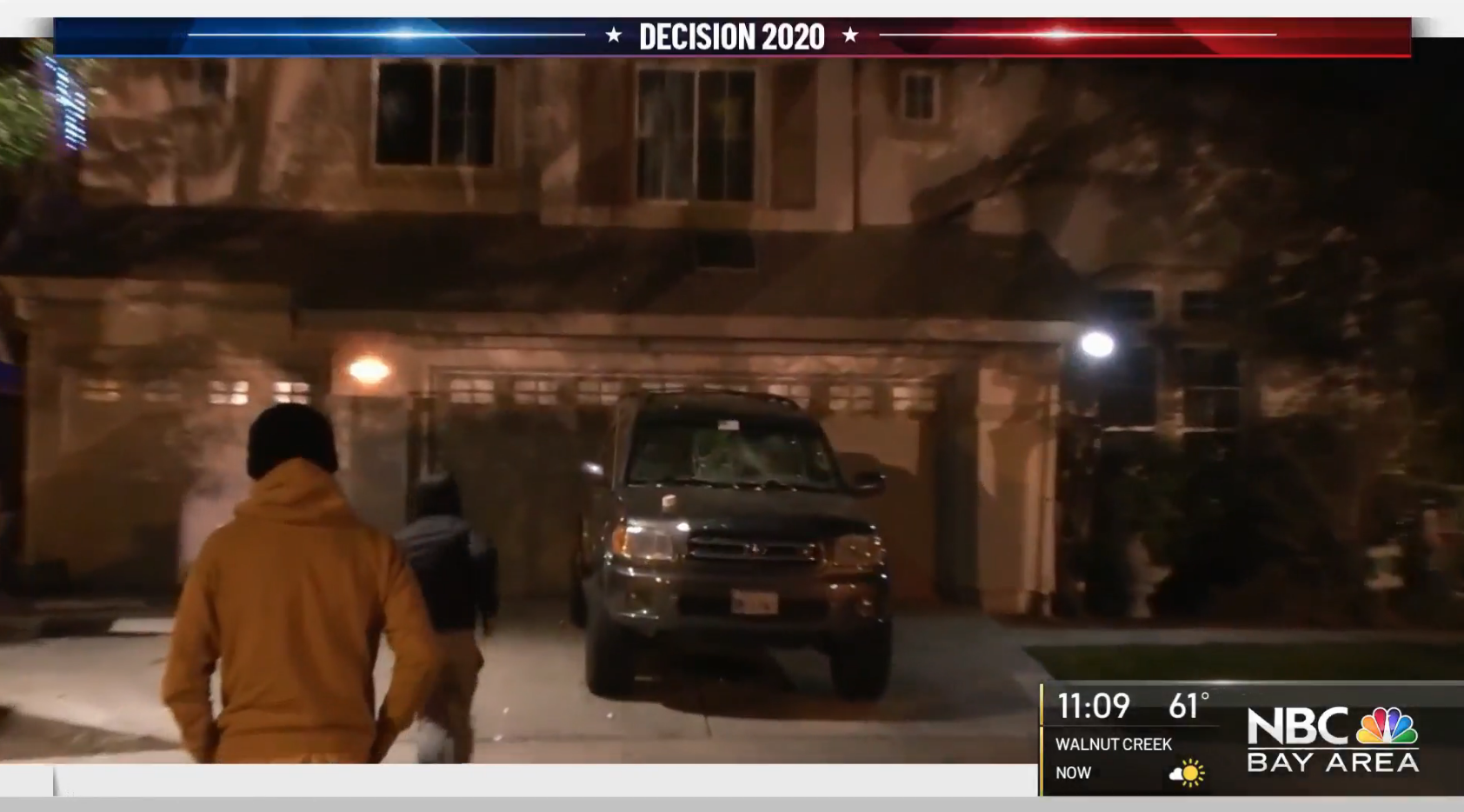