A RETIRED British woman living her "dream life on a farm” was allegedly beaten to death after dumping her 'jealous' toyboy lover.

Tina Eyre, 62, a former legal secretary from Gloucester, was reportedly attacked with a spade by her 26-year-old partner – who then used it to dig her grave in the backgarden of her home near Sofia, Bulgaria. 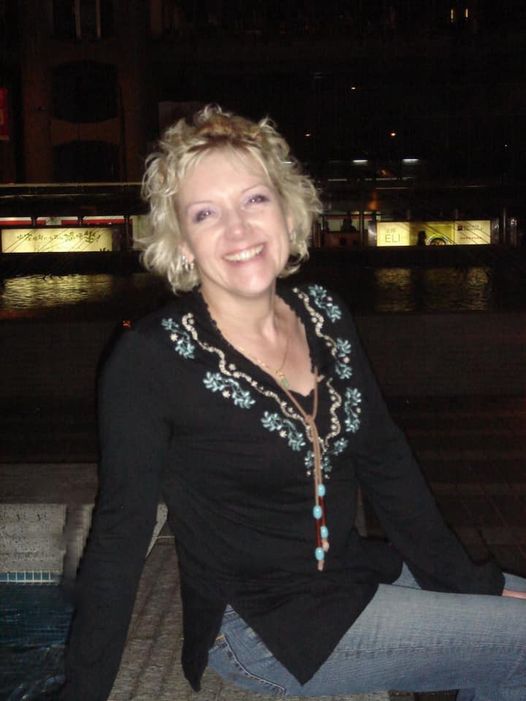 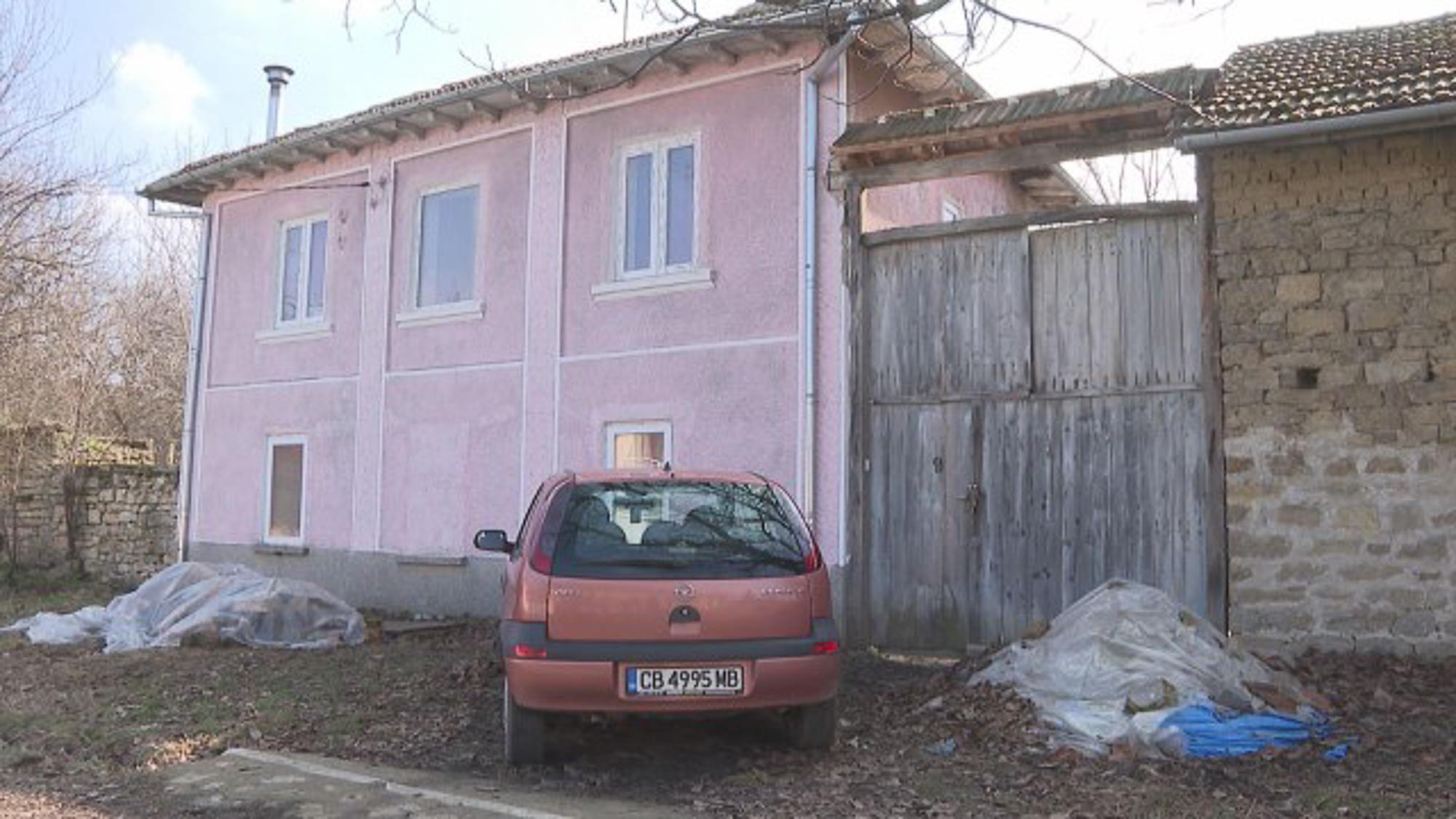 It is believed Tina was stalked and harassed by her suspected killer in the weeks leading to her death after he refused to accept their relationship was over.

Tina, a divorcee with no children and also known as Roxanne, was found stabbed and beaten to death by a shovel, in a pool of blood in a barn at her home in Veliko Tarnovo, after neighbours became worried about her.

She had not been seen for several days and had not responded to phone calls from the local post mistress, who alerted the local mayor.

Two other Brit expats who lived nearby were asked to check on Tina but when they arrived they reportedly found her boyfriend digging a hole in her garden.

When questioned, the man ran away through neighbouring gardens, before Tina's body was found in the grounds.

It is believed the man was digging her grave with the same spade he had used to kill her, according to local police reports.

The suspect from the neighbouring village Gorna Oryahovitsai was arrested and admitted to murder saying he acted out of "jealousy”.

Tina had a successful 17-year career working for top international law firm Clifford Chance and the job led her to a new life in Hong Kong.

But after retiring she chose a completely contrasting way of life and moved to the Balkan state in late 2017, where she made friends with some of the village's 25 or so British expats as well as the Bulgarian locals.

In her most recent LinkedIn post she wrote: "Enjoying life – just doing what I want to do, when I want to do it or doing absolutely nothing at all if that's how I'm feeling – and it feels great!"

But last Summer, Tina – known as 'Roxy' to her friends – met a man online and soon after complained he had refused to stop pestering her once she had ended things with him.

The stalker – reported to be Denislav Runevski, 26 – would allegedly bombard her with phone calls and text messages and even turn up unannounced at her home, according to MailOnline. 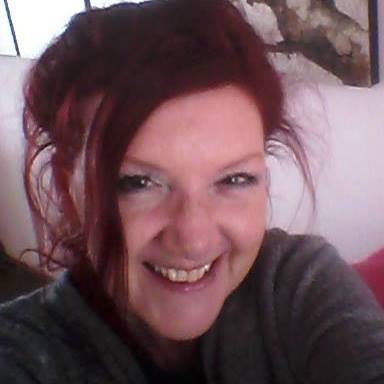 They had been out on a few dates but Tina soon decided he was "not right" for her and did not want to continue seeing him.

Tina is said to have gone for a drink with him in a local bar, where he became embroiled in an angry row with the owner.

A friend revealed: "They only dated a handful of times, I think if I remember around 10 dates only."

They say Tina became aware that she "wasn't entirely comfortable with him in the way he behaved," so stopped seeing him. But then the man "continued to harass her by phone texts and turning up at her house."

"As far as we are aware – at least up until her death – he was never previously violent to her, but he had been told to stay away many times. "

Tina's friends are unsure if she reported the behaviour to the police, as she didn't speak Bulgarian fluently.

Police believe the suspect travelled 40-minutes south to Novo Selo from his home in the town of Gorna Oryahovitsa the day before Tina was murdered.

They say the man broke into an abandoned house next door with a bag of energy drinks and snacks before sleeping on an old bed left in a crumbling bedroom upstairs.

The following day he is thought to have gone into the garden, crumpled down a small section of fence and climbed over into Tina's property.

He allegedly killed her with a knife and the same shovel that he had used to start digging her grave in her back garden when he was disturbed by two of Tina's friends. 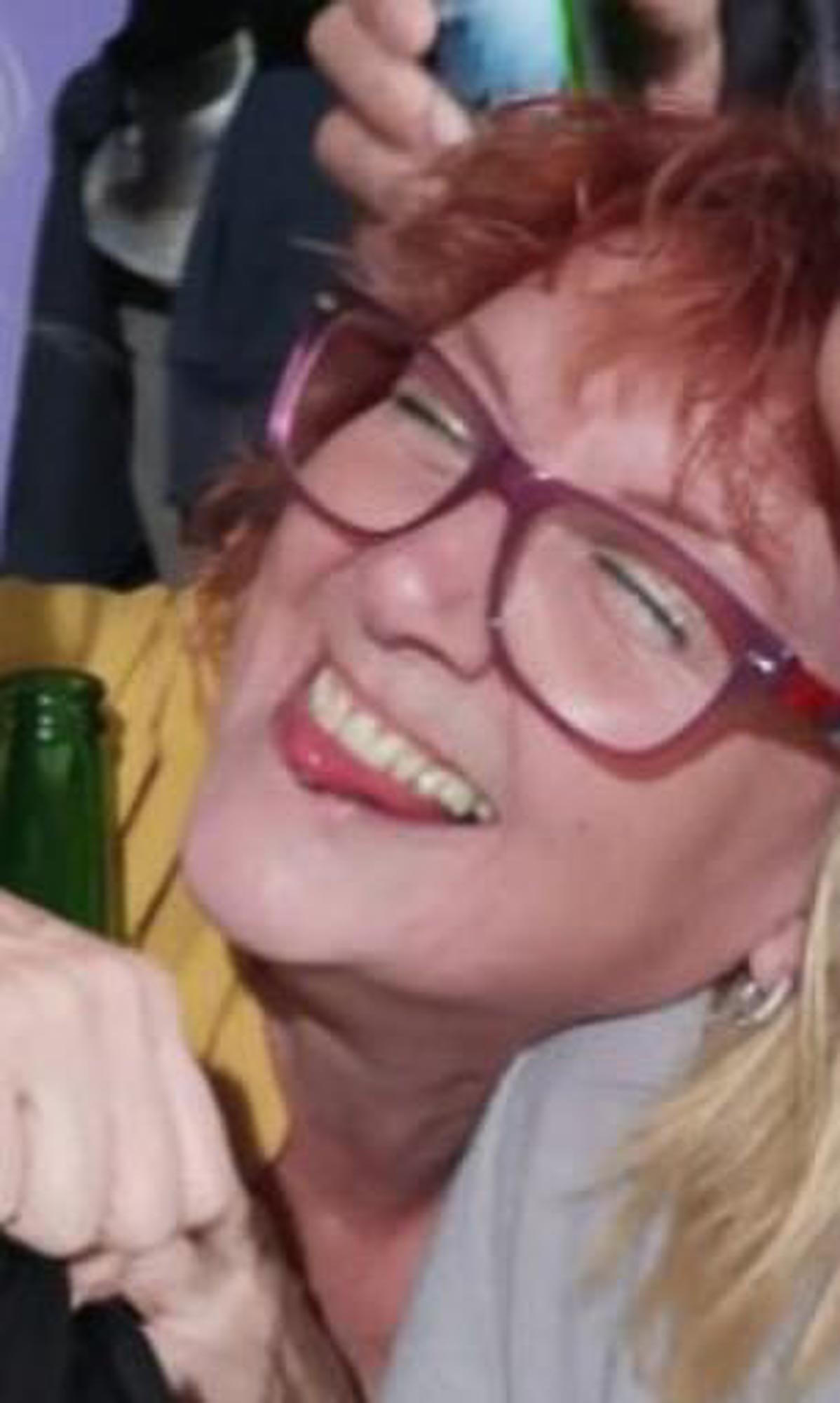 Colin Silverwood, 74, recalled the moment he came face-to-face with the intruder, saying he attempted to open the bathroom door but could feel the force of someone blocking it – and he feared his friend had had a heart attack and collapsed.

Mr Silverwood said: "I called out and this young man emerged from the bathroom. He'd been throwing his shoulder into the door to stop me from getting in."

The man said he had been looking after Tina's dogs, and she had gone into town.

Mr Silverwood went on: "But his behaviour and demeanour made me very suspicious. There was something very off about him."

"His trainers and trousers were caked in mud and we'd seen a shovel out in the garden as we came into the house. He'd obviously been digging just before we'd knocked on the door."

Runevski was reportedly discovered hiding in the home of a local elderly man about 400 yards away along a dirt track.

He currently remains in police custody but has yet to be charged because officers are awaiting the results of forensic tests.

'THIS HAS ROCKED OUR FAMILY'

Tina's cousin Jacqueline Gresham told The Sun Online: “It’s absolutely horrific and the family is just in disbelief and has not taken in what has happened.

“Tina had retired to Bulgaria after moving to Hong Kong from the UK and was living a new life, a dream life on a farm with animals.  She hadn't been back home for years but was in regular Facebook contact with her mum.

“We are all so shocked. I have fond memories of her and I used to go and stay with her in Gloucester as a little girl. She was really nice, a lovely person.”

Jacqueline, who is in her 50s and from Derby, explained Tina’s dad Tony is desperately trying to travel to Bulgaria to “find out exactly what happened to his daughter and to repatriate her body.”

She said that Tony, who is separated from Tina’s mum, “needs to be over there to communicate with the authorities face to face.”

She added: “I only found out about the murder from Tony, my uncle, and he’s trying to get out there.

"But he needs to get a passport first, he’s not been abroad before, so there’s a lot that needs to be sorted. There’s been a lot of speculation but we don’t know exactly how she died."

Tina had retired to Bulgaria after moving to Hong Kong from the UK and was living a new life, a dream life on a farm with animals

He said: “This has rocked our family. I only found out she had been murdered yesterday by one of my relatives.

"Her dad and my dad are brothers. I hadn't seen her in recent years because she had emigrated to Hong Kong and then moved to Bulgaria.

“I think the last time I saw her was when I got married in 1989 and she came to my wedding. I didn’t know her well but it’s still come as a shock. You don't expect that to happen.”

Train driver Robert from Derby added: “Tina has four brothers who are all in the Gloucester area. I know she bought a house with a fair bit of land in Bulgaria and kept animals and enjoyed that lifestyle.

"She had been married here but she and her husband had split up and gone their own ways. I don’t know anything about a new partner she may have had."

Her devastated brother Dean declined to discuss his sister’s murder.

A spokesman from the Foreign Office said: "We are supporting the family of a British woman following her tragic death in Bulgaria, and are in contact with the Bulgarian authorities."