A British tourist was caught on video plunging deep into muddy water while attempting to ‘take a shortcut’ across a swamp.

Martin Lewis was trying not to get his sliders and cream trousers wet when he ended up completely submerged in a muddy gorge.

The 50-year-old, from Somerset, was on holiday with his wife Rachael on Fuvahmulah in the Maldives when the hilarious blunder was caught on camera on Thursday.

In the clip, Martin can be seen slowly walking across mud before deciding to take off his slip-on shoes to avoid getting his feet getting stuck. 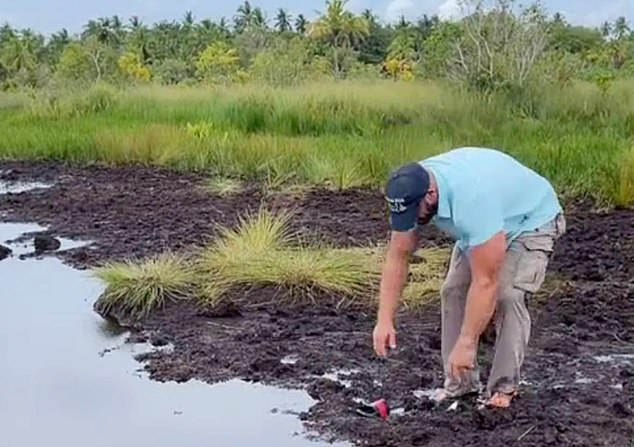 Martin Lewis, 50, was trying to ‘take a shortcut’ across a waterlogged field with his wife Rachael while on holiday in the Maldives – only to end up plunging deep into muddy water

‘I don’t know how I’m going to get across, see my trousers are getting dirty,’ he can then be heard saying in the video filmed by Rachael.

‘Look at the state of my feet I’ve got to try and get over there.’

Martin then takes a step forward into the murky brown water, but he then plunges into what is actually a huge waterlogged hole in the ground.

His whole body is completely submerged in the water below for a few seconds as bubbles appear above.

A couple of seconds later the unlucky holidaymaker reemerges at the surface – caked head-to-toe in mud. 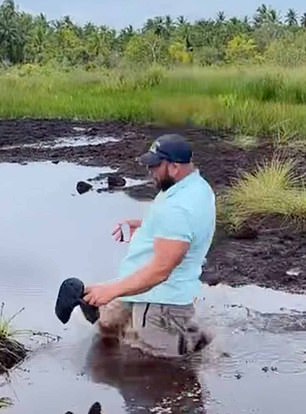 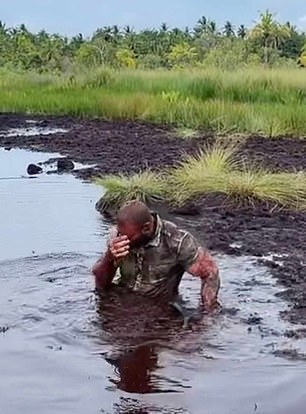 Martin, who was dressed in cream trousers and a light-blue shirt, took only one step before plunging deep into muddy water, reemerging seconds later covered head-to-toe in mud 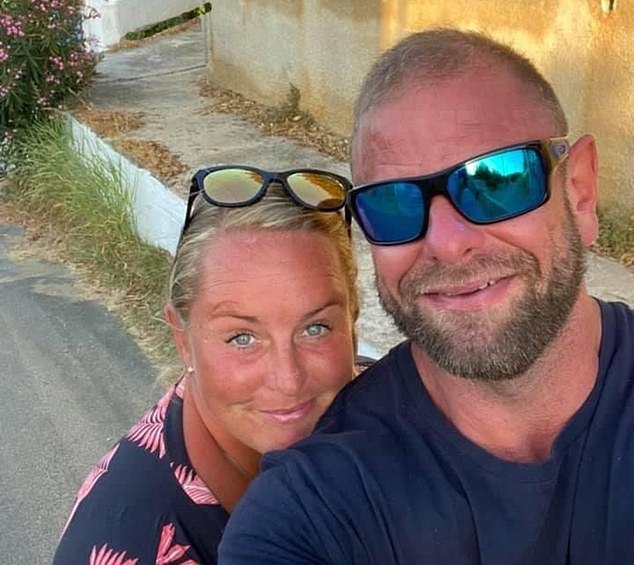 Martin’s wife can be heard laughing hysterically as her husband clambers out the muddy swamp.

Speaking today, Martin said: ‘We are currently in the Maldives and my wife suggested taking a shortcut across the island to get to the other side.

‘I’ll be honest, I knew that my feet were going to get wet, I even considered that perhaps the bottom of my trousers may also get wet and I thought it could make an amusing video, so my wife proceeded to film.

‘It was a total shock when I disappeared into the hole, and I kept going down, I think the hole may have been nine to 10 foot deep. 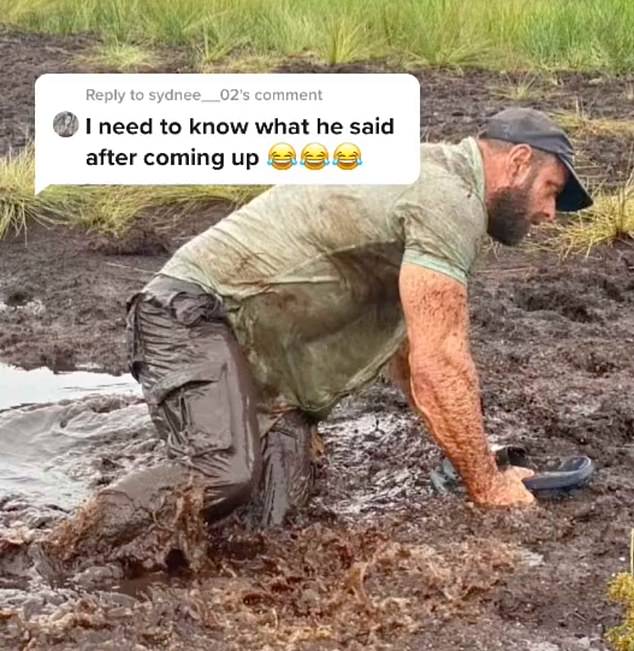 Martin shared the video on TikTok shortly after, writing: ‘”Follow me,” she said, “I know a muddy shortcut”‘ 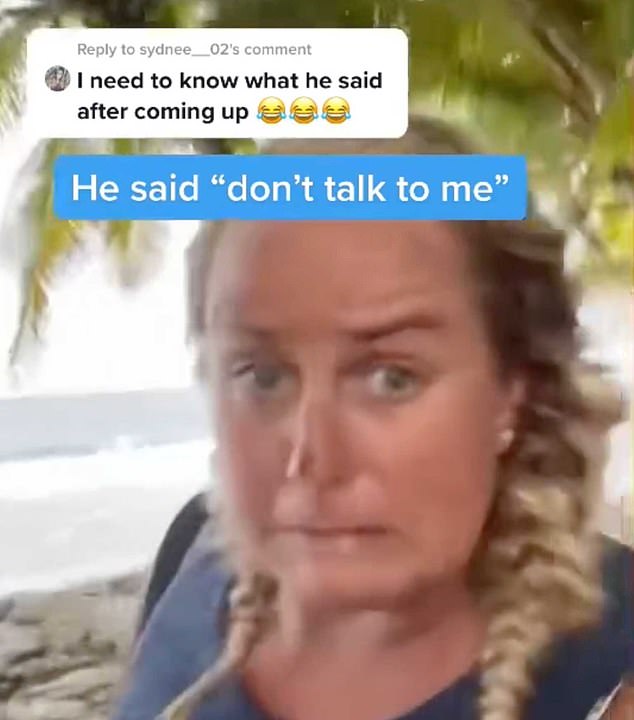 Someone comment on the video asking what Martin said when he made it out of the water, to which wife Rachael replied: ‘He said “don’t talk to me”‘

‘I was pretty shocked, but wasn’t phased or scared after spending a week diving here with 15 foot tiger sharks.’

He continued: ‘Afterwards, I reached the surface, I scrambled out, and sat there composing myself whilst the wife laughed for a good 10 minutes.

‘She was doubled over most of the time, trying desperately not to wee herself.

‘Afterwards, we walked away and got on the moped we had hired and headed straight to the beach.’

Martin shared the video on TikTok shortly after, writing: ‘”Follow me,” she said, “I know a muddy shortcut”.’

The clip has since gone viral with over 27.8 million views and received thousands of comments.

Dave commented: ‘Man went to the centre of the earth and came back.’

Daniel added: ‘Imagine what was going through his mind when he just sunk into the earth.’

Sophie Gill wrote: ‘This almost happened to me last week on a hike in a very boggy field! Went up to my knees! Glad I didn’t go no further.’

Mikey Angelo suggested that the dramatic fall made it look like Martin had ‘slipped into an alternate dimension’.