‘Trapped in vegan hell!’: Tourist blasts trendy Somerset town of Frome for being ‘inundated with Londoners and their feral children’ in brutal online review

The Somerset town of Frome has come in for damning criticism from a tourist on a website documenting the worst places to live in Britain.

Frome, which is situated 13 miles south of tourist hotspot Bath, is known for its charming town centre, impressive architecture and performing arts scene.

But that wasn’t enough to impress one visitor, who has left a damning review of the area after growing tired of the number of people visiting the market town. 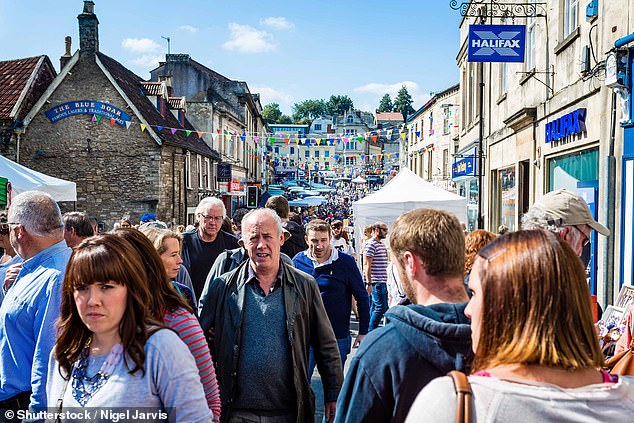 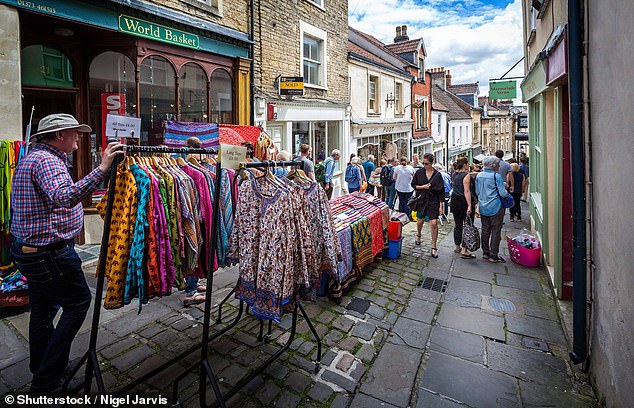 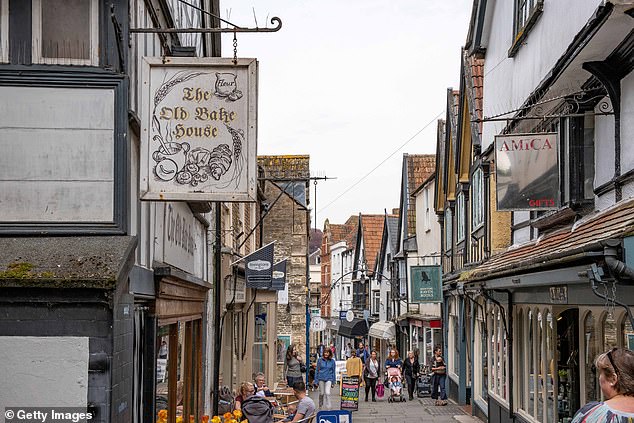 The reviewer wrote on ilivehere.co.uk:  ‘Frome used to be a cute place to visit years ago. Not now. Now it’s been inundated with Londoners and their feral children.’

On the first Sunday of every month from March to December, the town hosts ‘The Frome Independent Market’, a mini festival attracting thousands of visitors.

But the influx of tourists appears to have angered the author of the review, who doesn’t state whether or not they are a local resident, as they continued to rant about the individuals roaming around the town.

They added: ‘Everywhere you go you will smell them. One of the worst things is the monthly ‘market’ where people lose all ability to drive and park for one day. 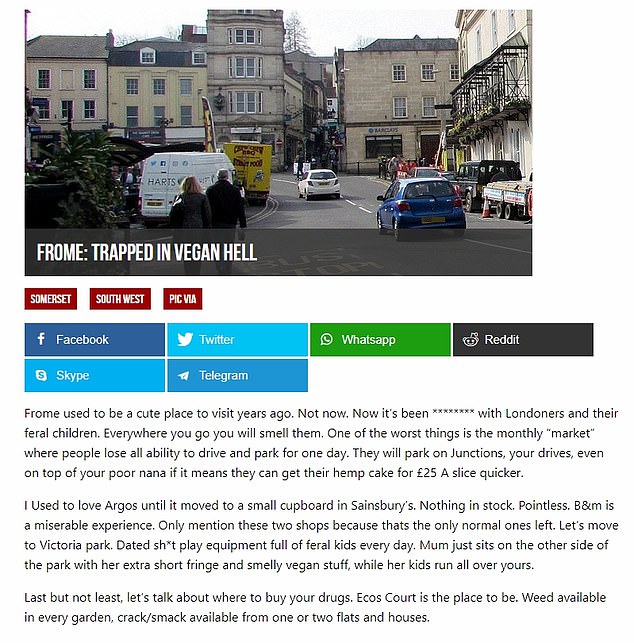 ‘They will park on junctions, your drives, even on top of your poor nana if it means they can get their hemp cake for £25 a slice quicker.’

Frome’s array of shops also make it popular with people looking to avoid driving to larger built up cities to buy their goods.

But, not satisfied with condemning the town’s inhabitants and monthly market, the reviewer then took the town to task again by claiming it had gone backwards in recent years.

‘I used to love Argos until it moved to a small cupboard in Sainsbury’s,’ they added. Nothing in stock. Pointless. B&M is a miserable experience. Only mention these two shops because that’s the only normal ones left.’