ALTHOUGH I can sympathise with my black pals and workmates, as a pinkish white person I’ve no idea what it’s like to live with racism.

To be honest, it’s something I often worry about discussing with them for fear of saying the wrong thing and causing offence or distress. 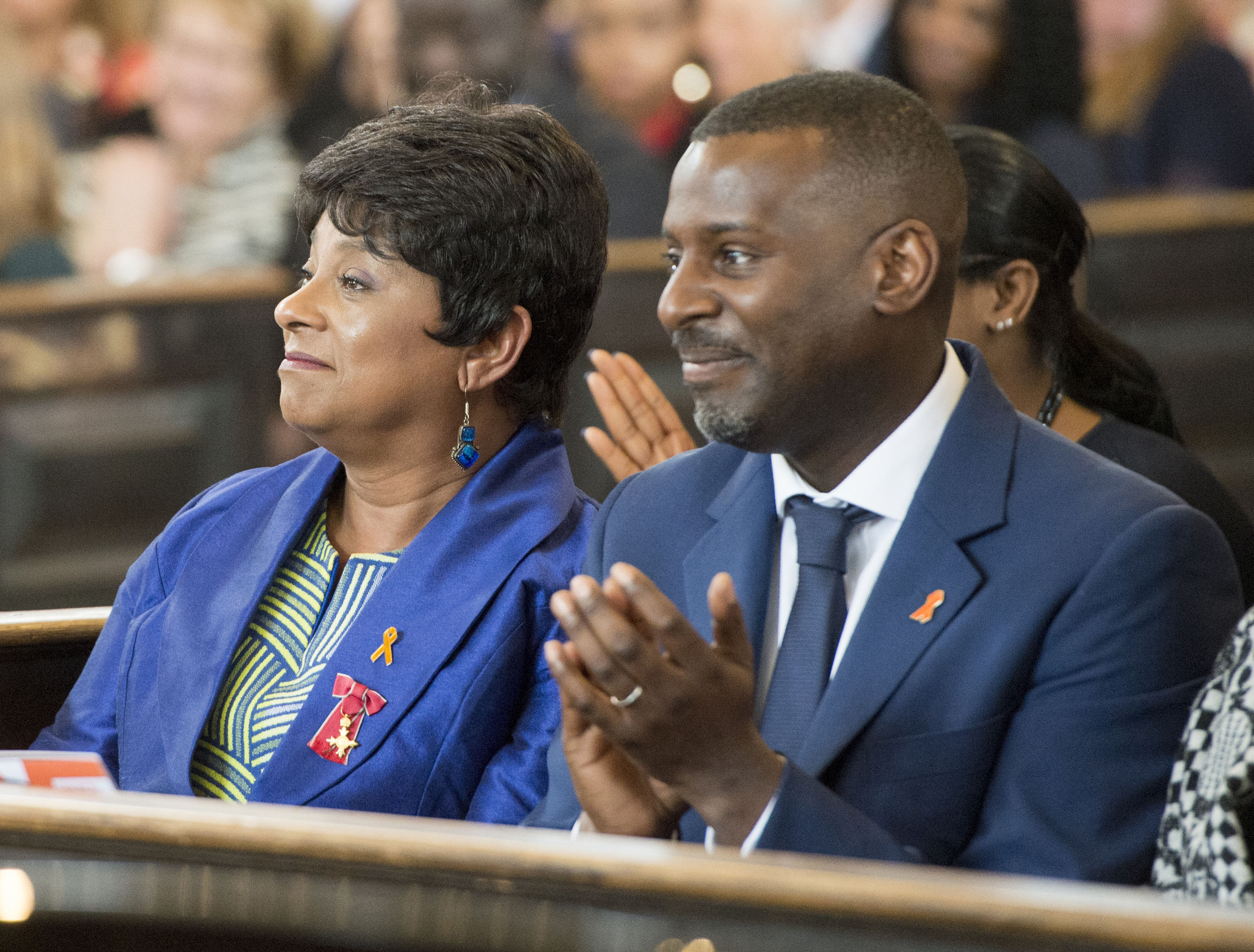 So when talking with some extraordinary black men and women this week, it’s been a relief to be told they would far rather have an “awkward” conversation than not talk at all.

It’s desperately tragic that it took George Floyd having the life crushed out of him by a white cop in America for people of all colours and religions to start an open, honest dialogue with one another.

Author Candice Brathwaite told me it is OK to make a crass and blundering remark by accident as long as you then listen and learn from your mistake.

I highly recommended her debut bestselling book I Am Not Your Baby Mother if you want an insight into what life is like for a black mum in Britain today.

Holby City stars Jo Martin and Tyler Luke Cunningham also stressed how vital it is that we talk to one another and how we need pioneering storylines for black actors.

I had the same conversation with my colleague, the broadcaster Ria Hebden, and with Stuart Lawrence, whose brother Stephen was murdered in a racist attack 27 years ago.

Speaking as one father to another, Stuart had a clear message for PM Boris Johnson: Take this opportunity for change and leave behind an important legacy. 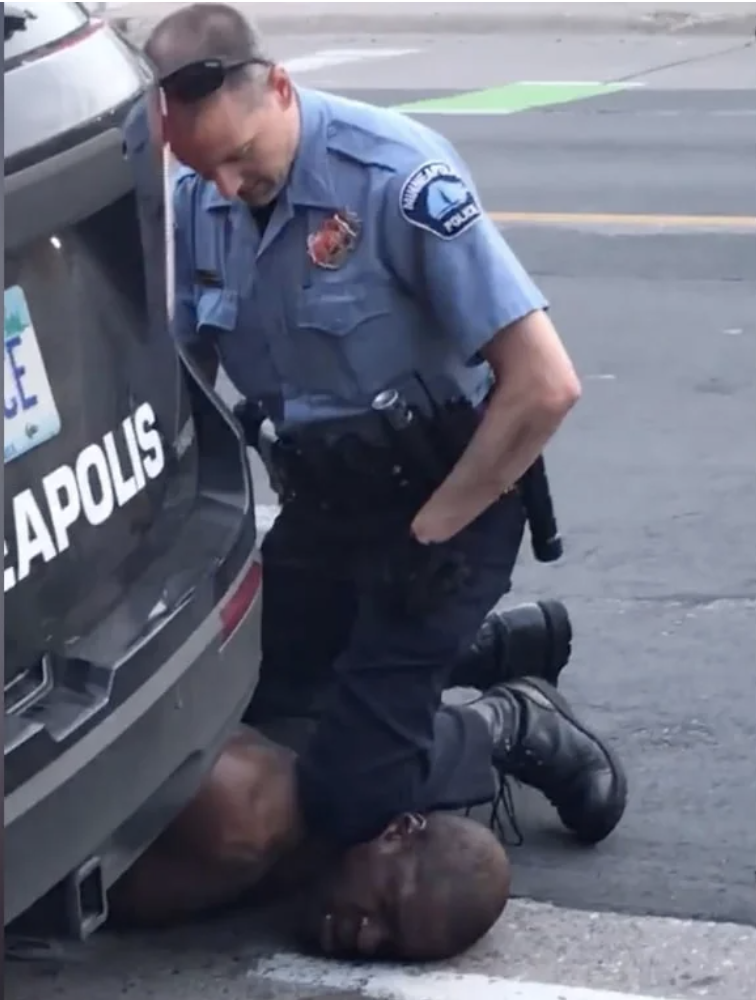 Stuart called George Floyd’s death “a modern-day lynching” and told me the coronavirus crisis is the perfect time for a cultural reset because we are all ready for a “new normal”.

We can’t wipe out decades of ugly racism overnight. But we can all take a stand and say: “Enough is enough.”

I’ve actually been somewhat heartened over the past few weeks regarding what the future holds for us all.

It is far too early to say we have coronavirus beaten but there are encouraging signs we might soon be back to some sort of ­normality.

We just need to be sensible and take baby steps out of the awful darkness.

Stuart is right. We are standing on the verge of great change and have the chance to achieve a much more equal society. 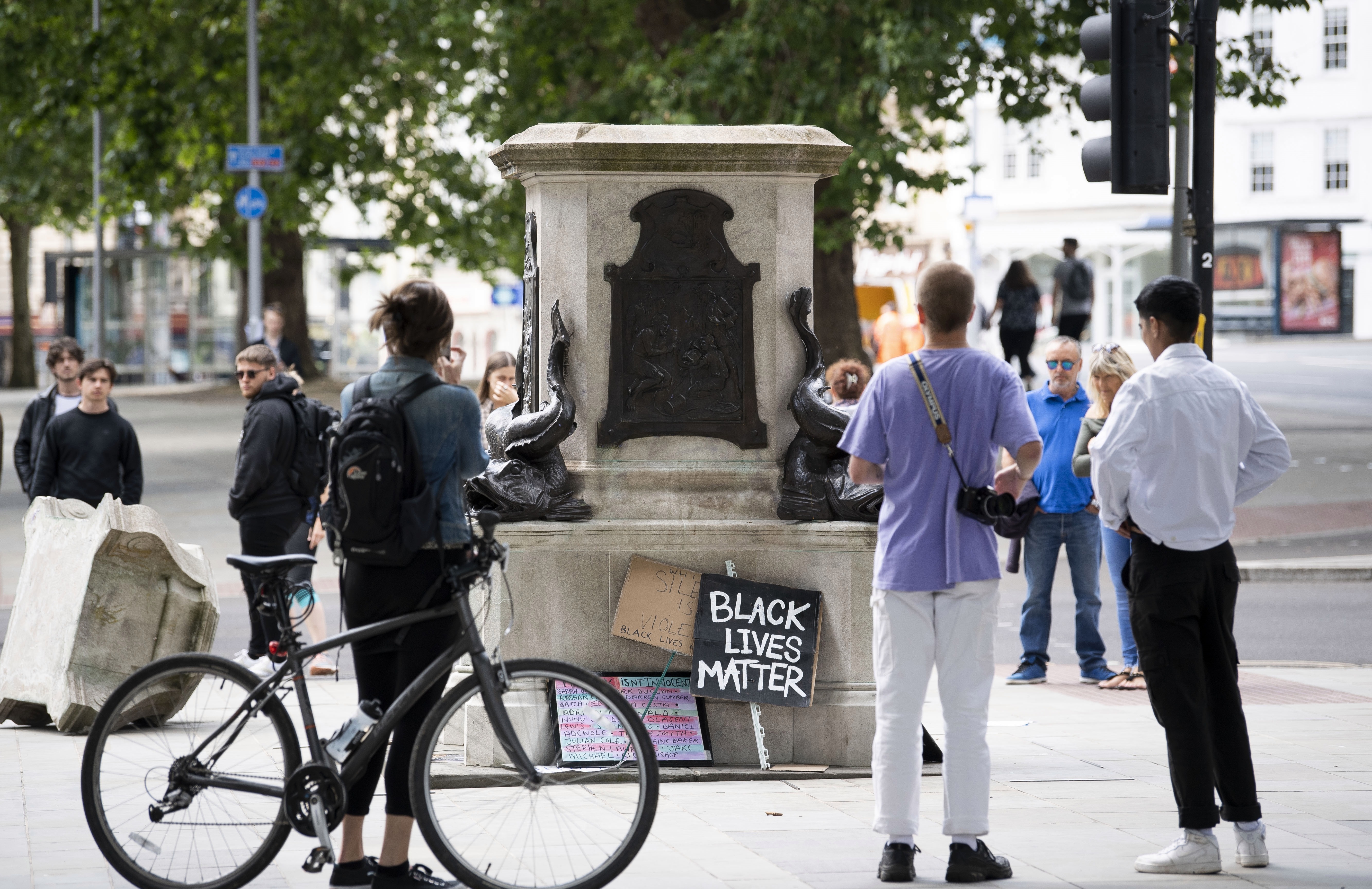 However, those in charge need to open their ears and their minds. Look at Bristol Council.

For more than 20 years they didn’t listen to perfectly reasonable requests to remove the statue of a slave owner or, at the very least, put up an explanatory plaque about his history.

As a result, the bronze figure of Edward Colston — whose 18th Century company transported 84,000 black men, women and children as shackled slaves — was thrown into the harbour by protesters.

I have a real problem with statues on pedestals honouring men with feet of clay who cause deep and wounding offence.

I am concerned, however, that if we remove every statue of slave owners and other monsters, they might be airbrushed from history and future generations might end up not knowing about their crimes.

If you remove the evidence, there is a danger of removing the deed — and that is unthinkable.

Perhaps they could be moved to a “museum of shame” or have amended plaques added to put everything into context. 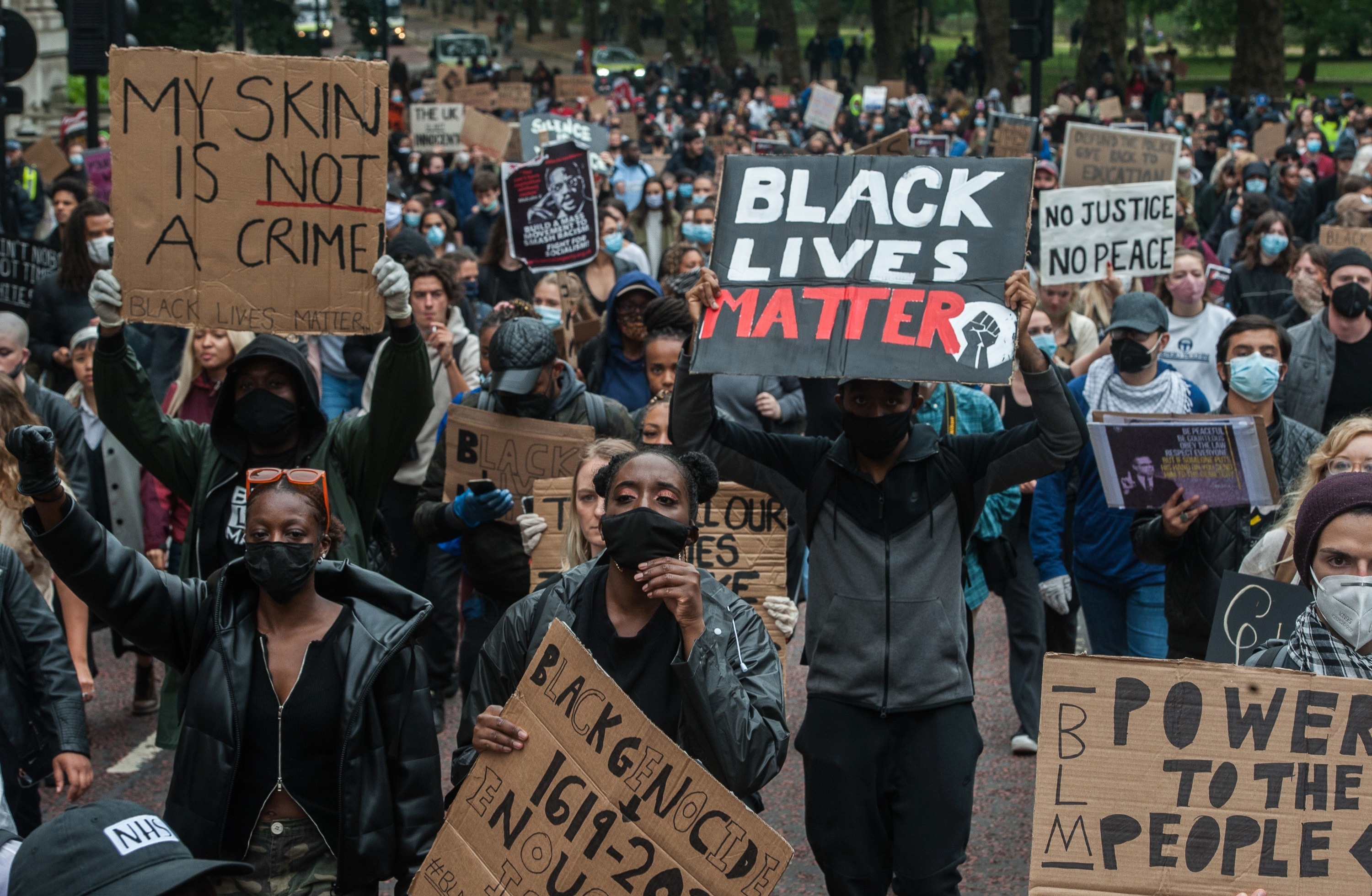 At the start of this year, I went for a walk in Windsor Park and happened upon a statue of the Duke of Cumberland, known as “the Butcher” for the bloody slaughter of Scottish Highlanders at the Battle of Culloden in 1746.

I was really uncomfortable seeing this man glorified in such a way, without any explanation of his past.

All over the country monuments to some seriously dodgy and downright evil men have been raised to tower above us.

I might be wrong, but I think the statues of those who grew fat and rich leeching off the misery of other human beings, should remain as symbols of their oppression and to ensure we never forget.

I’m also not comfortable with blanket  censorship and personally don’t believe films such as Gone With The Wind or The Help should be banned.

There is a lot wrong with these movies and you will wince at certain scenes.

But they can be used to show a world we don’t want to live in and spark a desire for change.

Today there are expected to be more demonstrations in our towns and cities in support of Black Lives Matter.

I hope they go off peacefully and predicted clashes with ­far-Right protesters do not materialise.

No one wants to see ugly scenes with injured police officers and horses and well-meaning protesters caught up in violence.

The message is too important to be hijacked by extremists hell-bent on causing trouble.

We need to keep talking, listening, learning and be willing to change.

I really do think this is a tipping point.

I just hope we come out the other side in a better place, with more respect and understanding of each other.

Pain of a cruel disease

ROSS KEMP looks like he could kill you with a single pinky finger but he is a thoroughly decent, kind, soft-hearted man.

That was evident when he spoke movingly about his documentary Living With Dementia, which was made very much with his “TV mum” Barbara Windsor in mind. 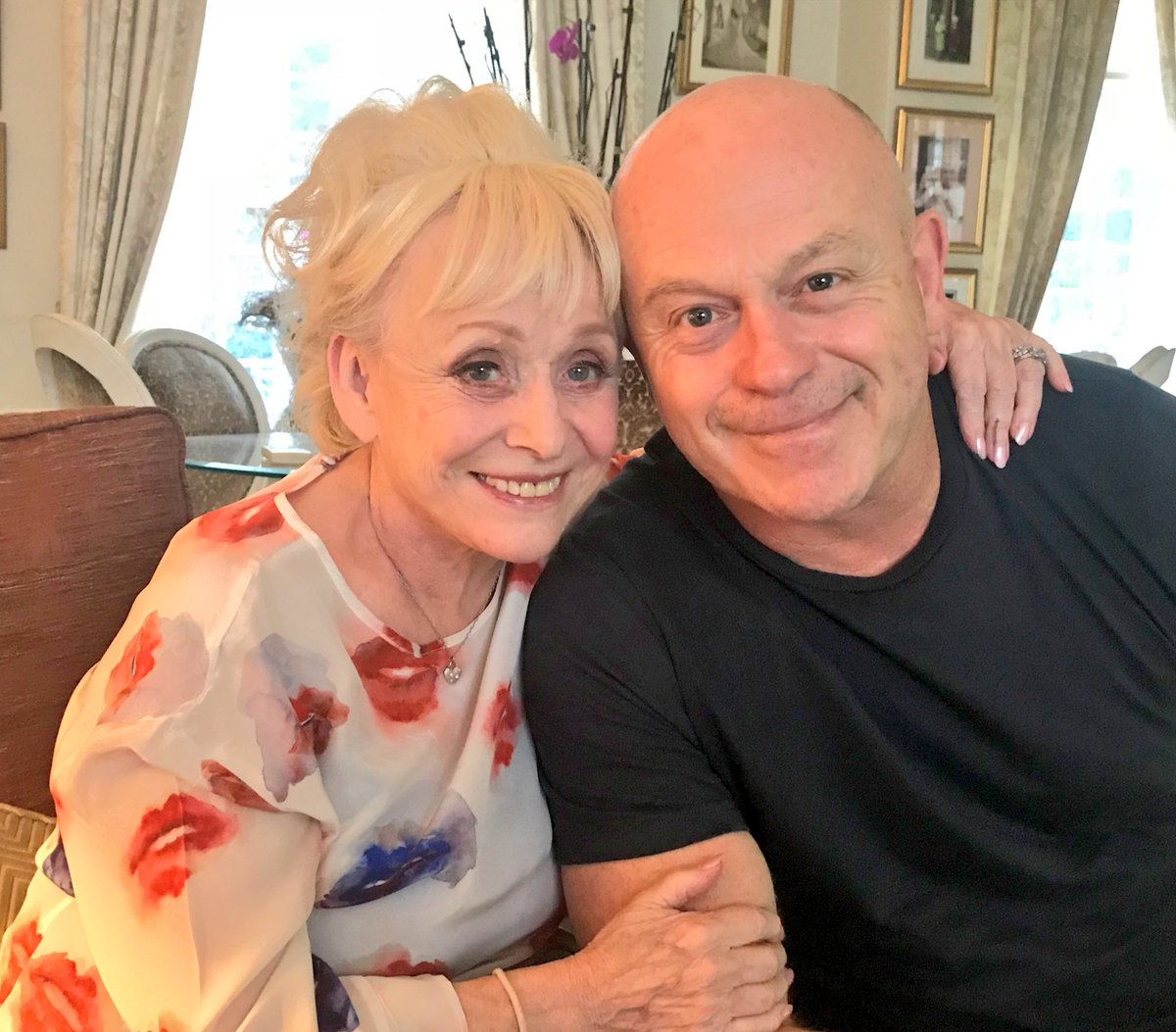 Ross worked with Barbara on EastEnders and the two have been firm friends for a quarter of a century.

As we know, Barbara has been suffering from dementia for several years and her condition is now so severe that she no longer recognises her old pal.

Ross popped round to her house for a cuppa – something he has done countless times before – but she had no idea who he was.

It is desperately sad what this cruel disease does to the people we love.

Ross is heartbroken but he poured his sorrow into the documentary – and issued a rallying cry for more to be done to help sufferers of dementia and to support their carers.

More power to him.

Why Liz is still the biz

Having just turned 55, her job is to look smouldering, sexy and sensational in a bikini . . . and, by God, she puts her whole heart and soul into the task at hand. 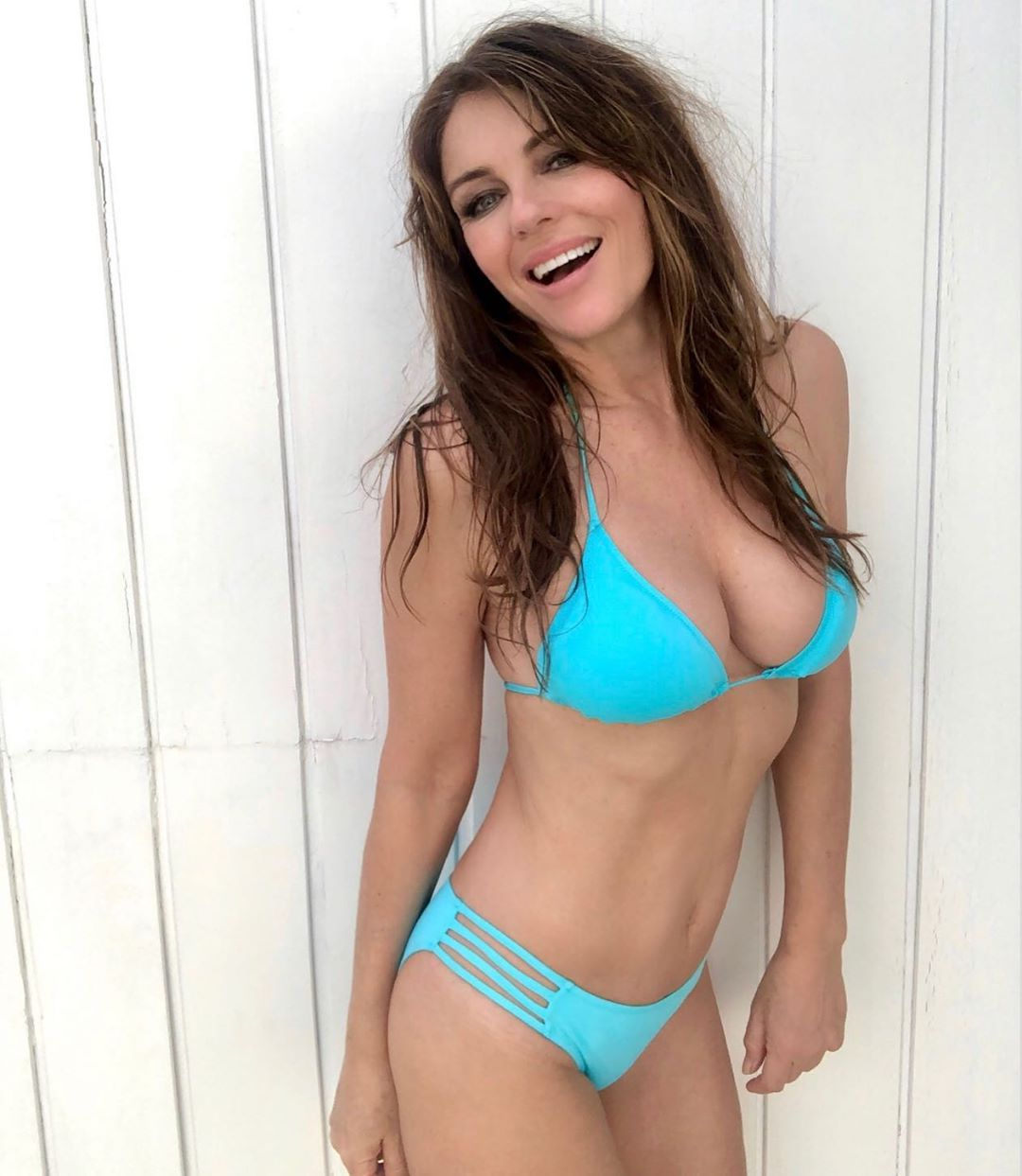 Most of us have never, and will never, look anything like the bold Liz in swimwear.

But bear in mind that just before a photoshoot, she told me, she subsists on a diet of three raisins and a banana.

On balance, I would rather have my pot belly and love handles.

THE scenes of two police officers being beaten up in East London this week were sickening.

One male and one female officer stopped to help someone who said they had been attacked – but when they tried to assist, found themselves being kicked and punched to the ground. 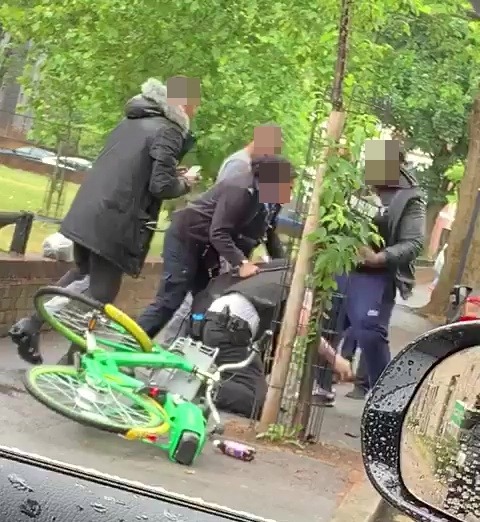 Their injuries are said to be minor but the shock and mental scars will take longer to fade.

In my experience, the overwhelming majority of police officers do their utmost to protect the public in what are often very difficult circumstances.

Like all of us, they just want to get back to their families after a shift, hopefully still in one piece.

Suspect 'stress' is a joke

THE jailed rapist suspected of murdering Madeleine McCann is receiving counselling for the stress of being in the middle of the investigation.

Meanwhile, Madeleine’s mum and dad somehow have to keep functioning despite lurid claims about what might have happened to their beloved child. 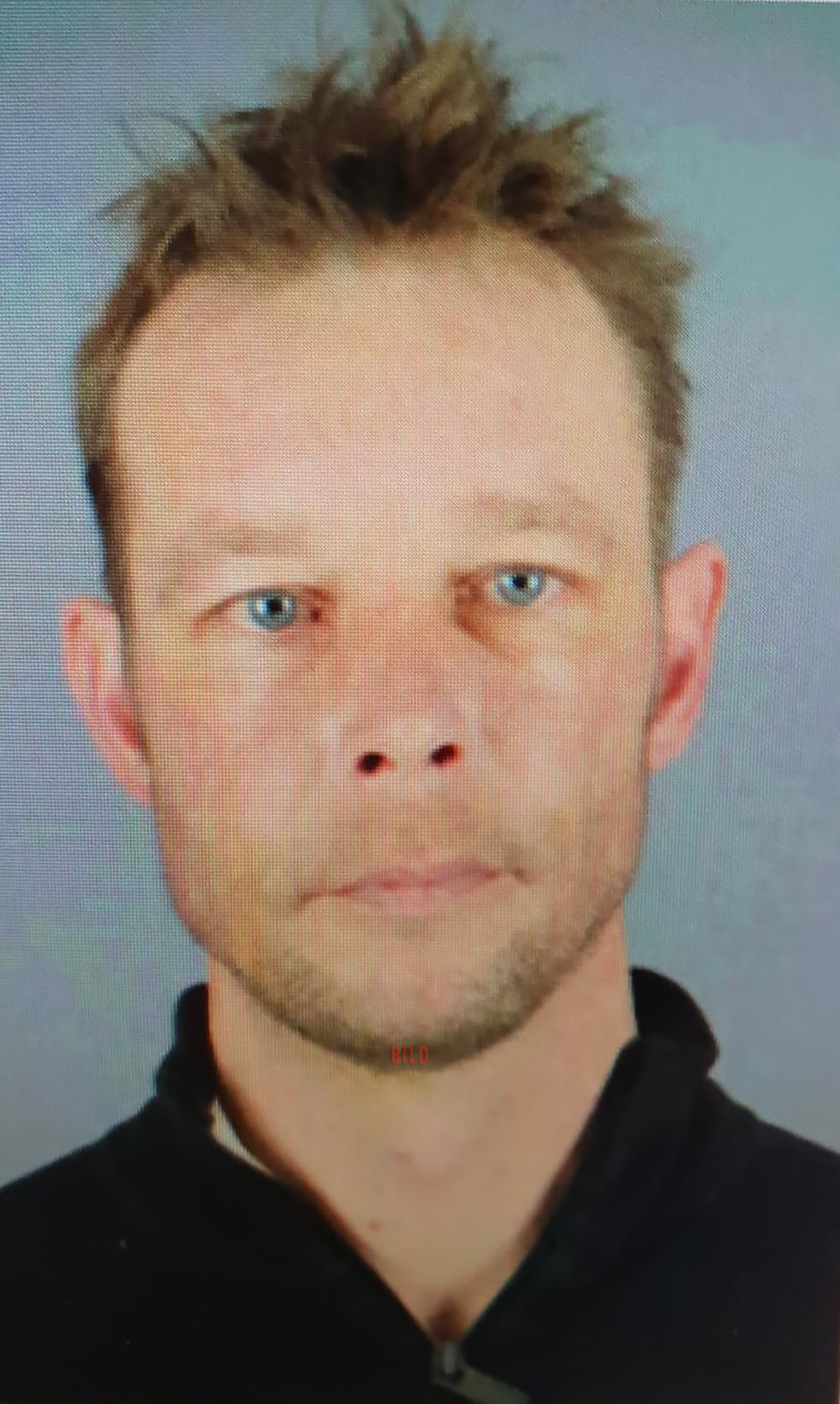 Suspect Christian B is in isolation from other prisoners and being monitored closely.

He is being helped by experts to deal with all the media scrutiny about his alleged involvement in what happened to Madeleine.

Madeleine’s parents deserve to know the truth. It is up to police forces here, in Germany and in Portugal to come up with firm evidence to put in front of a court of law, and that’s not going to be easy now so much time has passed.

While they toil away, their suspect is the centre of attention from a band of shrinks, in splendid isolation.

And, if he was involved, I bet he can’t believe his luck.