Sir Charles Walker and David Davis both condemned proposals to reverse a decision in 2018 not to reveal which politicians were being investigated over allegations of expenses fraud or similar breaches.

The Commons is set to vote on scrapping that move amid protests that not identifying MPs in such circumstances was an ‘affront to transparency’. 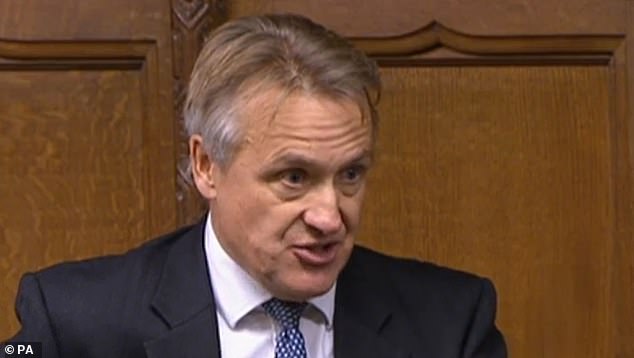 MPs accused of sexual abuse or bullying will remain anonymous to protect the identity of their accusers.

But some Tory backbenchers fear that in the age of Twitter, even identifying colleagues being investigated for other complaints – such as failing to declare a relevant outside interest – is wrong.

They warned it could encourage ‘vexatious’ complaints ahead of a General Election by forcing an MP’s party into removing the whip and so prevent that person from standing for re-election.

Sir Charles, chairman of the Commons Administration Committee, said the complaints system must be seen to be fair and warned against reverting to the old arrangements.

‘It could be fraught and laced with unintended consequences,’ said the Tory MP, who is also vice-chairman of the party’s backbench 1922 Committee. 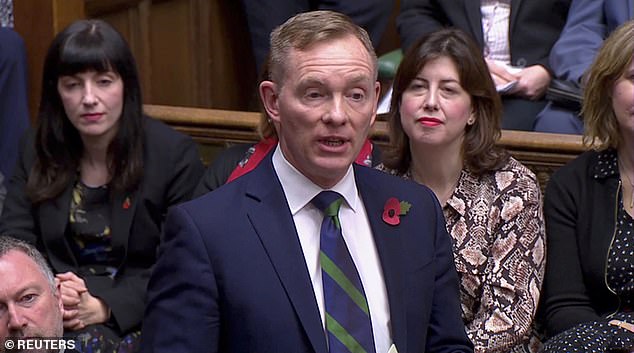 Labour MP Chris Bryant, chairman of the Commons Committee on Standards, insisted transparency was better and the system was failing only because people did not know whether complaints were being acted on. He is pictured above in November 2019

‘What we do not want to do is politicise and weaponise a complaints system that needs to carry the confidence of all parties.’

Former Cabinet Minister Mr Davis said naming an MP before the outcome of an investigation was extremely unwise and ‘goes way against the presumption of innocence’.

He added: ‘It may well be in the political world that you could have months of accusations and then the MP is exonerated at the end. But people won’t remember the exoneration. They will remember the accusations.’

The former Brexit Secretary also hit out at the way political parties sanctioned MPs who were known to be under investigation but were later exonerated.

‘I have long thought the political parties are very cavalier about this because they very frequently want to withdraw the whip from people before the allegation is proven,’ he said.

‘On many occasions, people have had the whip withdrawn and then reinstated, and yet reputational damage has been done.’

However, Labour MP Chris Bryant, chairman of the Commons Committee on Standards, insisted transparency was better and the system was failing only because people did not know whether complaints were being acted on.

A move to increase the Commons’ Christmas break by a week was labelled ‘crazy’ last night.

Senior Labour MP Chris Bryant condemned the decision to extend the recess from January 5 until January 11. He said it didn’t make sense that MPs would not be at Westminster this week but the House of Lords would be sitting.

He added: ‘Key workers are in work and even the Lords is sitting, but we can’t ask Ministers important questions to help avoid another debacle.’

Mr Bryant said there should be enough staff to spread the load.