Tom Cruise just had the biggest box office opening of his career thanks to Top Gun: Maverick, but not all are celebrating his success. The actor’s involvement with the Church of Scientology has been a hot topic online and Leah Remini has some thoughts, of course.

Remini, who left Scientology in 2013, helped a TikTok about Cruise go viral. In the video, a woman critiques Hollywood for forgetting Cruise is the “second in command” of the controversial religion. The clip begins with Top Gun: Maverick star Miles Teller praising Cruise. 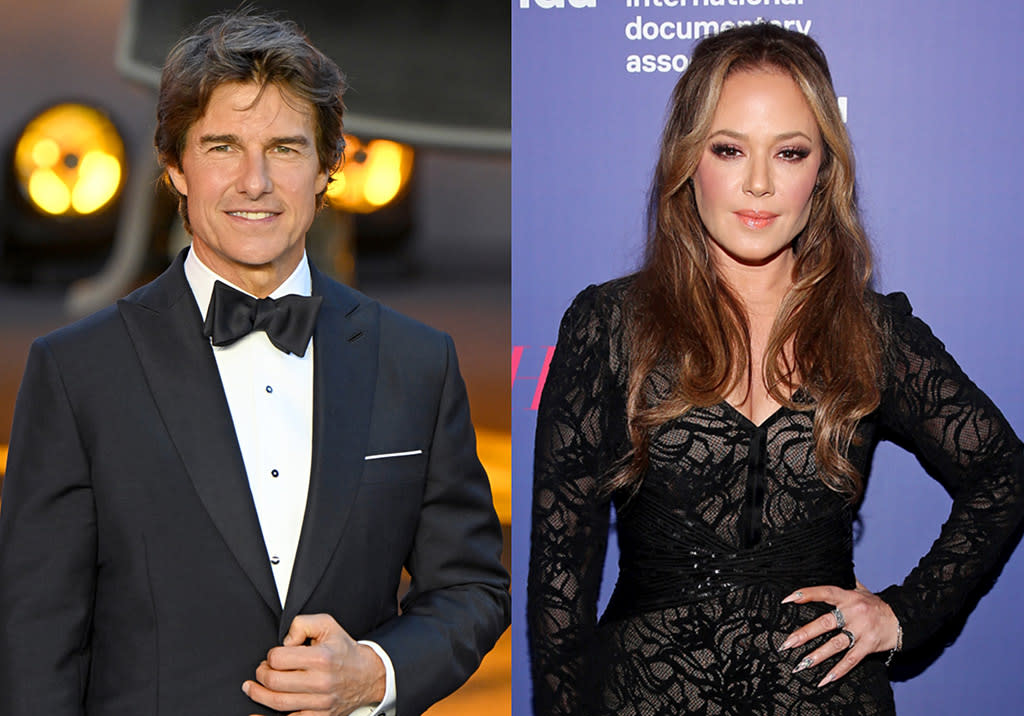 “Oh is this what we’re doing now? We just completely forgot about the fact that he’s in Scientology?” user @skchgo said in the post shared by Remini.

“We’re going to leave out all the things that Scientology has done to people. We’re going to play that game because Tom Cruise gave you a little bit of attention and made you feel special,” she continued. “Oh, sweetie, that’s called grooming. Yeah. He’s in a cult. And he’s just trying to groom. He’s trying to make you feel like he’s normal. And he’s not. And you fell for it. And this is so f***** typical f***** Hollywood. Seriously when you people gonna wake the f*** up.”

Remini reposted the video, writing, “I couldn’t have said it better myself.”

“Instead of investigating Scientology for its abuses, its intimidation of IRS officials, among other things, you’re promoting the project of its second in command,” Remini replied. “Got it.”

Yahoo Entertainment reached out to the Church of Scientology for comment, but did not immediately receive a response.

Instead of investigating Scientology for its abuses, its intimidation of IRS officials, among other things, you’re promoting the project of its second in command. Got it.

“Scientology” has been a trending topic on Twitter with moviegoers debating whether Cruise’s religion should matter when buying tickets.

Top Gun = Tom Cruise = giving money to Scientology. I won’t be watching any of his movies.

I’ve grown up with Tom Cruise films & I’ve loved a lot of them, but in my mind he will always be associated with Scientology, which I believe is a criminal, corrupt organization. So much gets overlooked in this Country because of our worship of celebrity.

Bro let this one go. Scientology sucks and everybody knows it. Top Gun is an excellent, fun film

I just read two opinions about the new Top Gun movie. One said if you watch the movie you’re supporting Scientology. The other said, it glorifies the military industrial complex. Why can’t we just watch movies because they’re entertaining? I’m so sick of politics in everything.

In an article for The Daily Beast, Scientology journalist Tony Ortega writes, “[Cruise’s] popularity will be a huge boost for individual Scientologists, who will see the success of Top Gun: Maverick as a vindication of Scientology, even if the movie has nothing to do with it.”

But the 59-year-old actor is likely ignoring the online chatter.

Top Gun: Maverick is the highest-grossing domestic debut in Cruise’s 40-year career. It’s his first movie to break $100 million on opening weekend. The Top Gun sequel, which was a hit with critics, is the fourth highest opening in the pandemic-era and broke Memorial Day weekend records. With Mission Impossible: Dead Reckoning Part One on deck for next year, Cruise’s box office success probably won’t slow down.