A TODDLER in Australia died after suffering injuries similar to being in a high-speed car crash, a hearing was told today.

The 22-month-old, who cannot be named for legal reasons, was rushed to Melbourne hospital after he was found unresponsive on a vomit-covered pillow in February 2015. 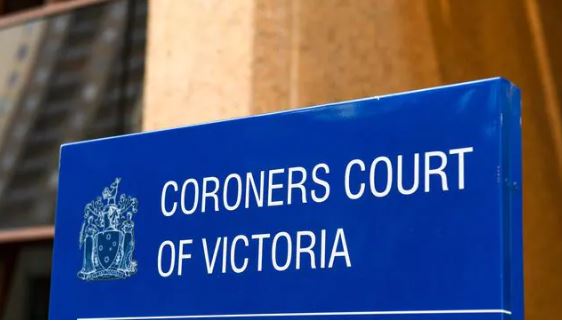 A post mortem of the toddler found that he had suffered from cardiac respiratory arrest with the cause of death unknown.

Today a coronial investigation began into the boy's death to examine the circumstances leading up to his death.

Experts were called to give evidence about the boy's injuries and the drugs uncovered in his system at today's hearing.

Just three days before he died, the boy was brought to hospital with internal bleeding and an injury to his testicles, the hearing heard.

The type of bleed found in the boy's abdominal membrane was similar to the result of a "high speed" road traffic crash where seat belts are used, forensic pathologist Dr Yeliena Baber said.

The two-year-old only weighed 11kgs at the time of his death.

The pathologist went on to tell the hearing that the injury was not possible for the boy to have given himself that injury in that location or for a sibling to have done it either.

“It’s not something a three-year-old could have inflicted in the normal rough and tumble of siblings,” Dr Baber told the court.

The injuries to his testicles were "relatively recent" and there was "quite a lot" of bruising on them, she added.

Trace levels of amphetamine and methylamphetamine were found in the boy's hair, urine and blood, forensic toxicologist Dimitri Gerostamoulos told the hearing.

“The toxicology shows there’s the potential for the drug to have been ingested as well as the drug to be present as a contaminant,” Dr Gerostamoulos said.

“The presence of these drugs in urine and blood mean that they have to have been ingested.”

In another incident three months before the boy's death, he was takent o an emergency room after being found with baby wipes in his mouth.

He was also presenting as "floppy" in the arms of his mother and her then-partner.

A social worker at the time found the incident "plausible", the court was told.

Dr Timothy Cain, another medical expert, found that the toddler had weeks-old fractures to his ribs and wrist.

The injuries were "non-accidental inflicted injuries" because broken ribs were uncommon in young children, Dr Cain told the court.

They would require "significant" force, he added.

The inquest will continue on Wednesday.