A TIKTOK dancer’s video has gone viral after fans spotted a “terrifying” figure lurking in the background when he was supposedly home alone.

TikTok user known as @reubix_cube uploaded a video of himself cutting some moves to Doja Cat’s song Say So. 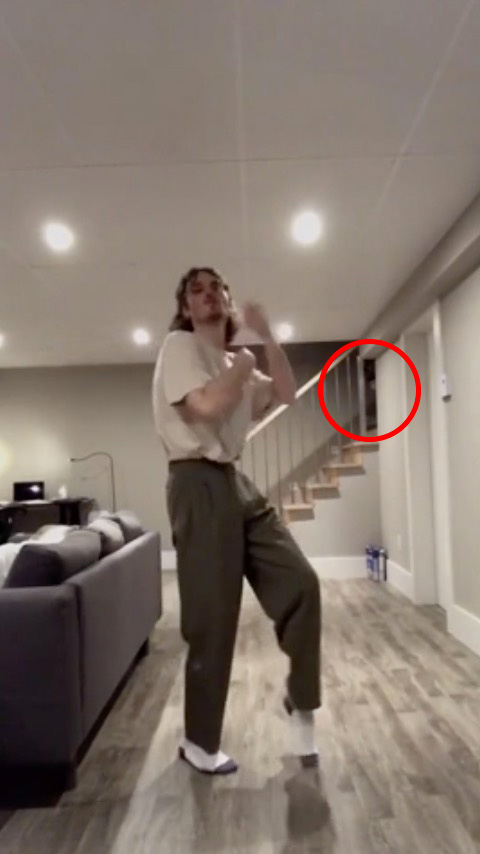 But eagle-eyed viewers while no doubt impressed by dance moves also noticed a shadowy figure in the background despite the fact that Reuben, the TikToker’s real name, claimed he was alone and didn’t have any pets.

He wrote: “Lmao I'm home alone so I learned a TikTok dance. Love u Doja but what has my life come to?"

At around the four second mark of his dance performance something mysteriously appears watching the dancer from the top of the stairs, albeit just for a second,

One commented: "The AMOUNT OF ANXIETY I have from his video. That's someone literally poking their head TO LOOK AT YOU."

Another wrote: "Did ya'll see that?? In the background??"

Reuben replied to the comment to ask: "What am I supposed to be seeing?" before adding he could “see it now”.

Others were not so convinced anything spooky was going on, as claimed: "Ok so the fact that he had to post 'I'm home alone' and doing this oldish dance really makes me feel like it's all staged."

While a debate raged online whether it was genuine or not, some people appeared to be convinced the whole thing was real.

One wrote: "Bro call the police or someone and search the house! Especially now it's not rare for people to live in hidden nooks of houses!"

The dancer later uploaded an update following his original post to thank everyone for their concern.

He said: "I'm kinda stomach sick right now and I was in and out of sleep all last night." 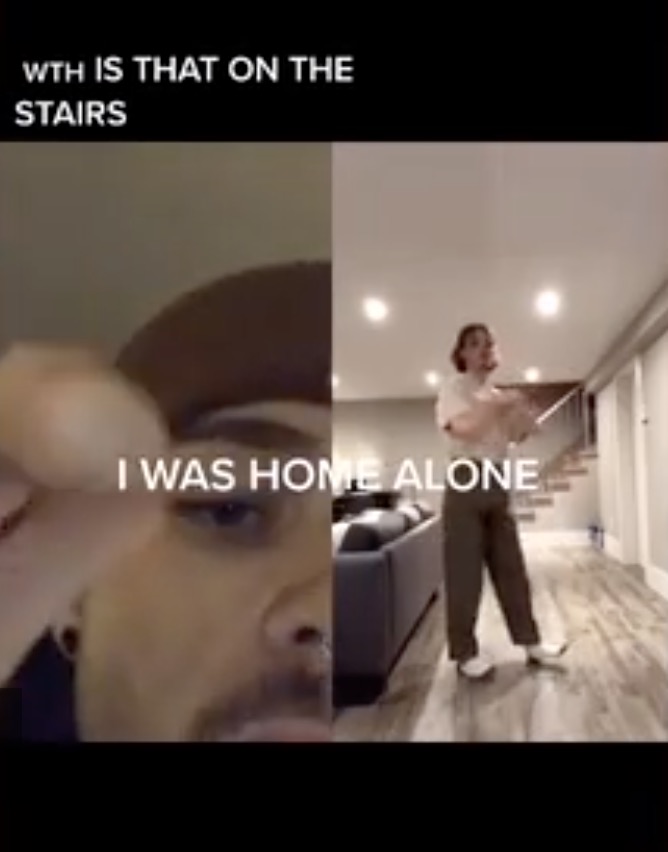 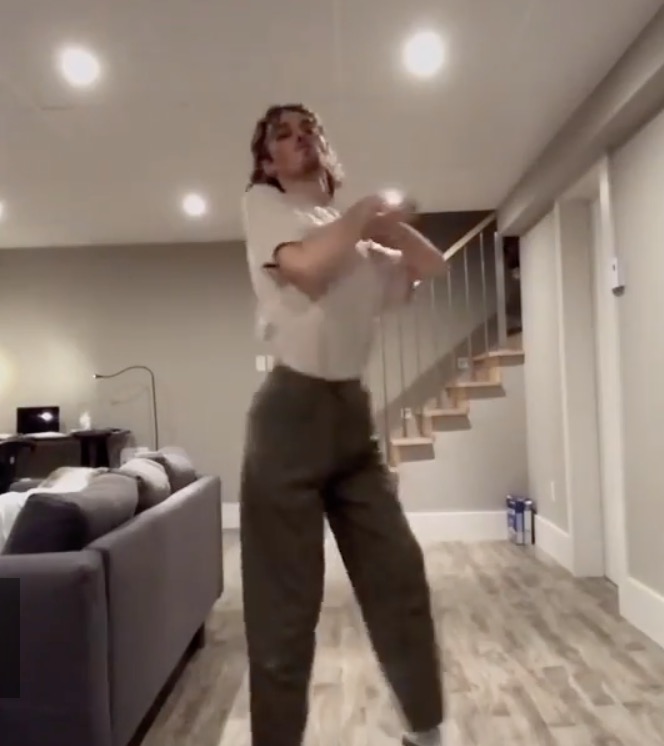 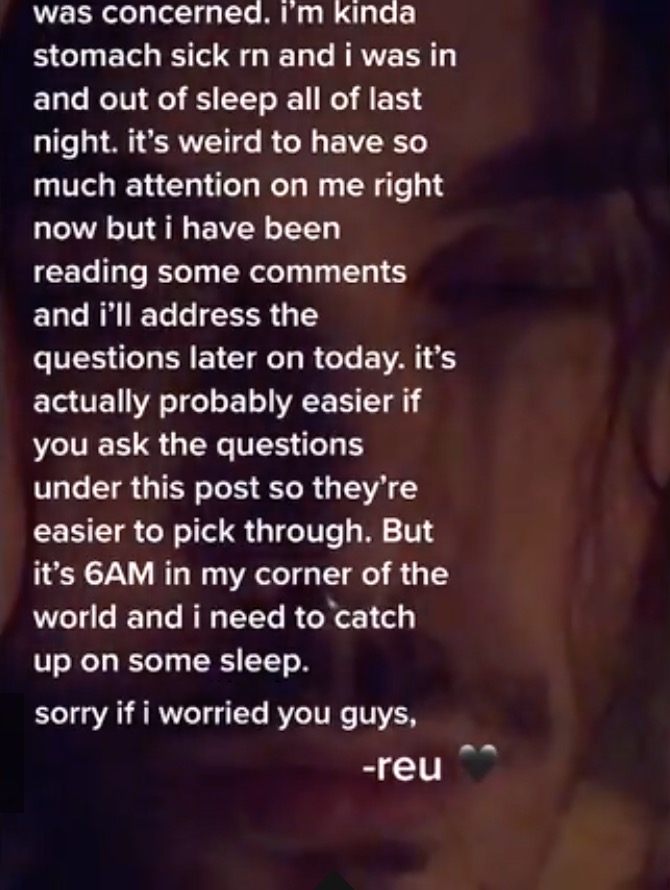