Revealed: Mexico had the five most dangerous cities in the world in 2019, including the border town of Tijuana which registered 134 murders per 100,000 residents

A study released by a Mexican watchdog group has slammed Mexico President Andrés Manuel López Obrador for the country having ranked among the top five most violent cities in the world in 2019 with Tijuana holding the undistinguished honor of leading the way.

At least 134 people were murdered per every 100,000 residents in the border town, according to the report published by the Citizen’s Council for Public Safety and Criminal Justice on Monday.

Tijuana, located in the northwestern state of Baja California, has been a magnet that attracts young travelers, mostly from California; serves as a corridor for cartels trafficking drugs; and is a through way for undocumented immigrants who are seeking asylum and defying the Trump administration by unlawfully crossing into the United States.

Overall, the municipality, which has a population of 1.763 million, registered 2,367 murders last year. 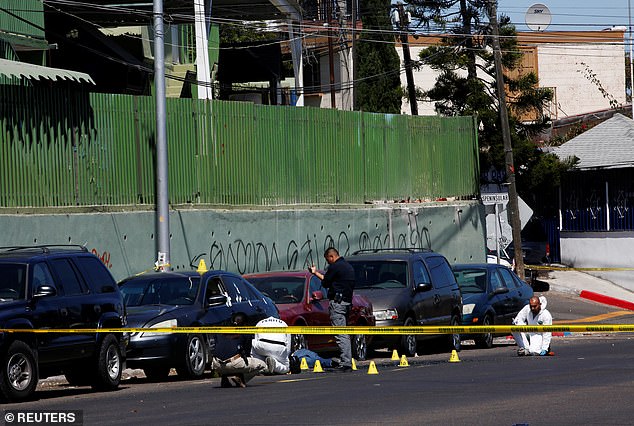 A forensics team works at a crime scene in Tijuana, Mexico, on July 21, 2019. The Mexico-based Citizens Council for Public Safety and Criminal Justice found that Tijuana ranked as the most violent city in the world in 2019 with 134 homicides per 100,000 residents 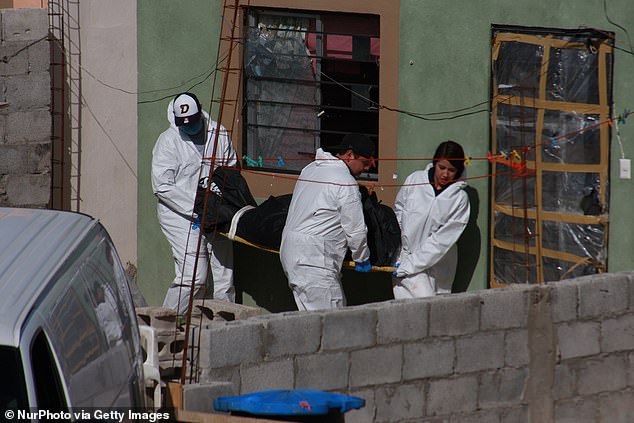 Forensic workers remove a body from a Ciudad Juárez home where a family of five were murdered in January 2019. Ciudad Juárez, which is located across from El Paso, Texas, was the second most dangerous city in the world in 2019 with 104.54 murders per 100 residents 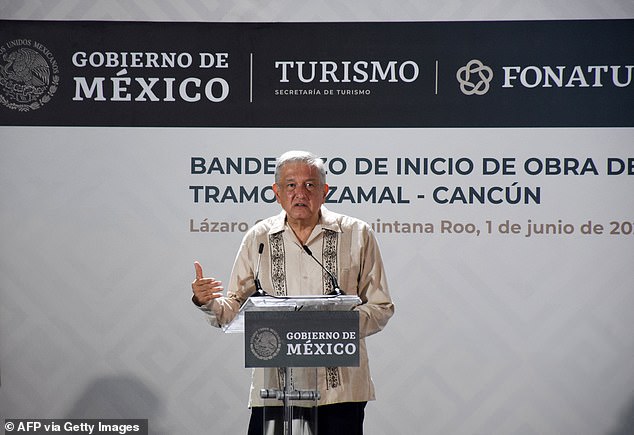 ‘We are making this ranking intending to call attention to urban violence, particularly in Latin America, so those in power are pressured to fulfill their duty to protect the governed, to guarantee their right to public safety,’ said José Antonio Ortega Sánchez Ortega, the director of the Citizens’ Council for Public Safety and Criminal Justice, in a video conference, according the Yucatán Times. 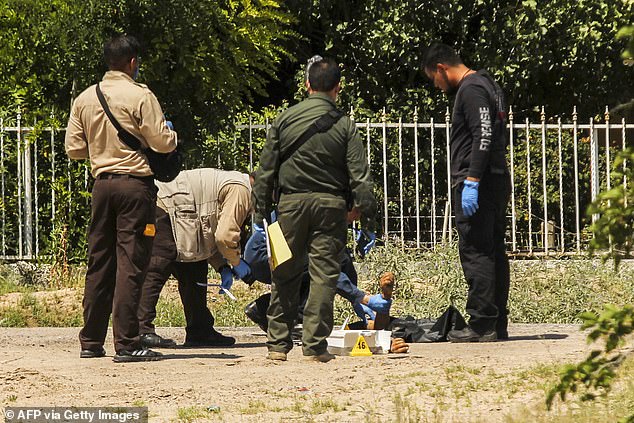 Forensic experts work at the crime scene next to the remains of three people who were killed and dismembered in Ciudad Juárez, Chihuahua, on June 13, 2019

The Mexico-based watchdog group release data Monday that shows the 50 most dangerous cities in the world according to 2019 crime stats based on every 100,000 habitants.

Overall, Mexico had 19 cities ranked within the 50 most dangerous towns in the world last year.

The non-government organization slammed Mexico’s politicians for the ongoing crime wave that has engulfed the Latin American nation since it declared war on drug trafficking organizations in late 2006.

‘If Mexico is the world epicenter of violence, it owes it to its leaders. The governments previous to the current one, Andrés Manuel López Obrador’s, were extremely incompetent to control violence, but at least it seemed that they were trying to stop the violent [groups],’ Ortega said.

Upon entering office in December 2018, López Obrador vowed to end the war against organized crime by offering hugs and not gunshots to the youth, which he hoped to steer away from criminal organizations through social programs.

López Obrador last year created the National Guard, but at the behest of United States Donald Trump, most of the servicemen were dispatched to the northern and southern borders to combat the flow of migrants.

‘The main problem is that this government, while treating criminals as victims, is clearly hostile towards the true victims,’ Ortega said.