The tough parenting advocate says she's "being punished and publicly humiliated without anything remotely resembling due process." 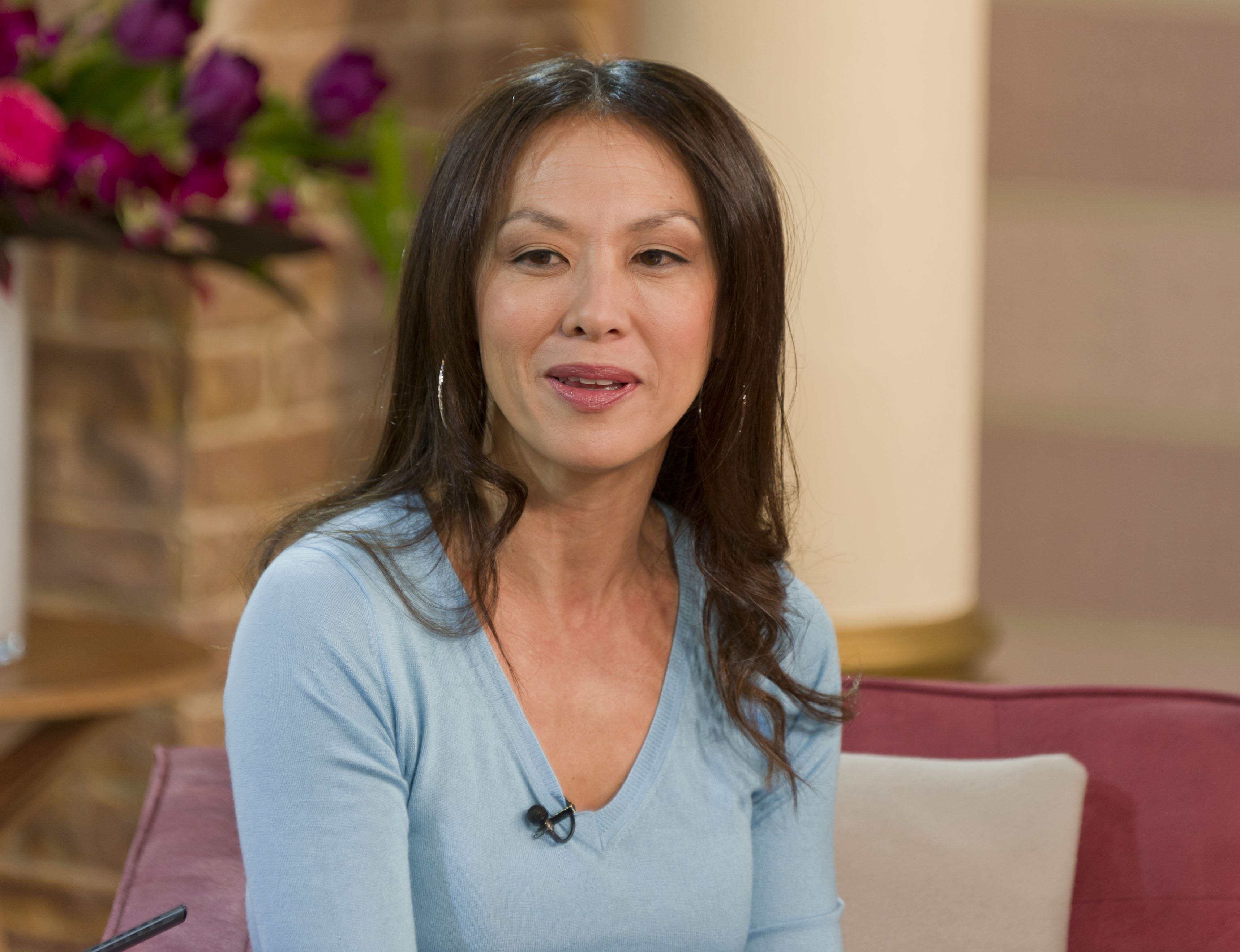 A fuming Chua vowed on Twitter that law school bosses "had no qualms pushing me under the bus because they assumed an Asian American women would never fight back. Well THINK AGAIN."

The Yale law professor, 58, is dubbed the "Tiger Mother" for her bestselling book Battle Hymn of the Tiger Mother, a controversial guide to successful parenting, Chinese style.

She's been left fuming over a derogatory report about her hosting 'boozy parties' in the Yale Daily News.

It revealed that the legal eagle "will no longer be leading a first-year small group at the Yale Law School next year" after she allegedly flouted rules.

The ban came "after students raised allegations that she is still hosting private dinner parties at the home she shares with her husband, suspended law professor Jed Rubenfeld.

"[This is] despite having agreed in 2019 to cease all out-of-class hours interactions with students," the report adds.

In August 2020, Yale Law School announced it was suspending Prof Jed Rubenfeld – Chua's husband – for two years, following an investigation into allegations of sexual harassment made against him.

Yale Daily News said that Chua had "previously agreed to stop drinking and socializing with her students outside of class and office hours".

This was said to be "in response to allegations of misconduct, according to a December 2019 letter from Law School Dean Heather Gerken.

"But law students met with administrators on March 26 and [alleged] that Chua has continued hosting private dinner parties with students and prominent members of the legal community.

"Three days later, Chua was removed from the list of professors who will lead small groups, which are intimate groups of around 15 first-year law students led by a professor at the Law School, for the 2021-22 academic year." 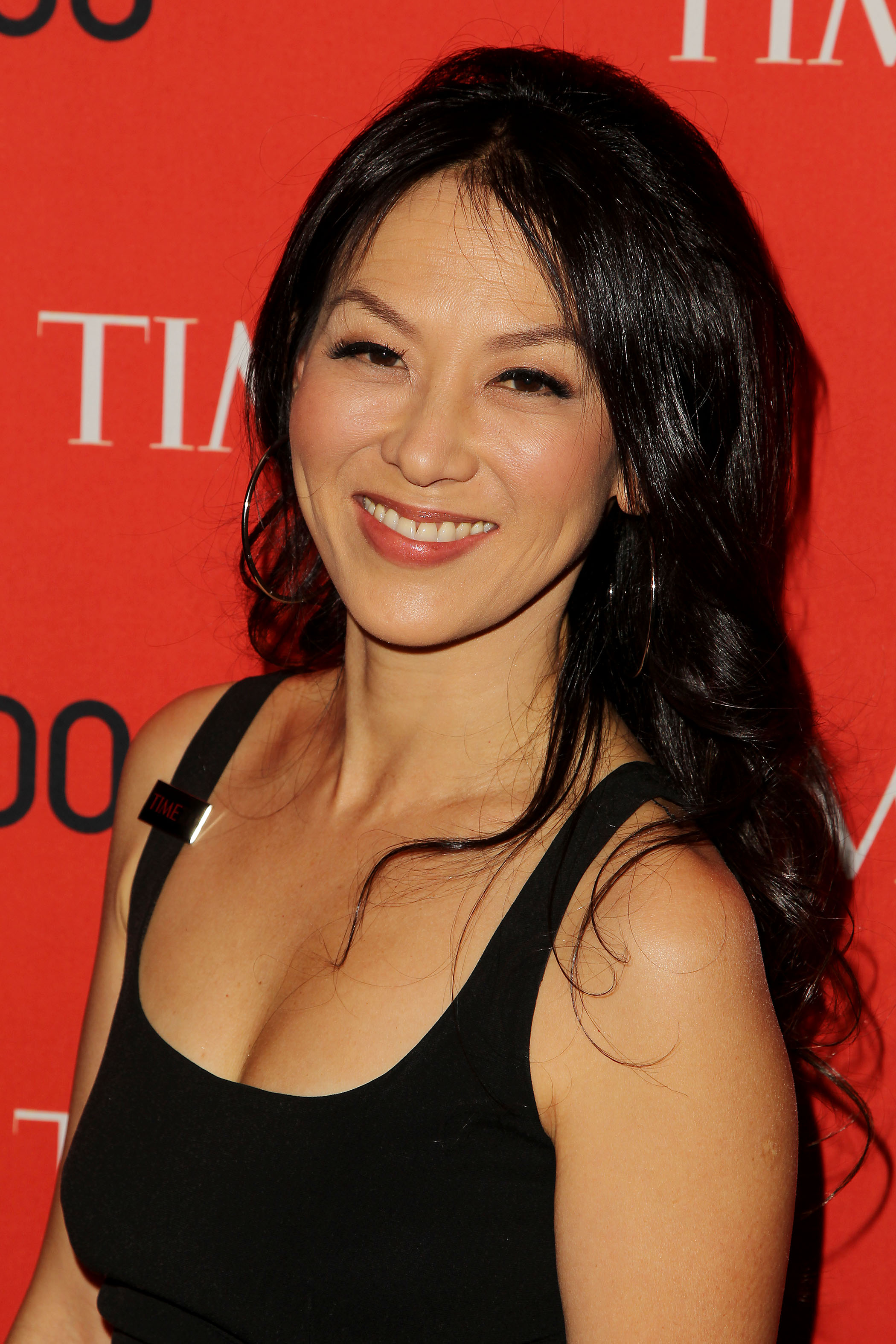 Law School alumni had alleged that "Chua drank heavily with YLS students and remarked inappropriately on both students and faculty.

"One recent graduate told the News that she witnessed Chua and Rubenfeld 'deliberate' on students’ appearances, private relationships and other topics during dinner parties that she attended at their house," the article adds.

But the story so inflamed Chua that she penned a three-page letter in response, which she fired off to all of her Yale colleagues.

She said: "I’m writing about some recent unpleasant and disturbing events, including a story about me that came out last night in the Yale Daily News.

"Every member of this faculty should be concerned that confidential personnel information about me has been disclosed."

Chua has asked for an independent, 'outside' probe into the "disclosure of confidential and private personnel information about me".

She described herself as 'shocked' at learning through the article how she would "not be leading a small group at the law school next year”.

Chua wrote: "This was the first I’d heard of this. The reporter’s email implied that the decision had been made on the basis of allegations that I had been recently 'hosting parties' at my house – ridiculous allegations I had never heard before from anyone."

The professor said she had written to Heather Gerken to tell her she was 'upset' at the revelations, and accused her of "bullying".

The pair agreed to discuss it at an online Zoom meeting.

But, "I was treated absolutely degradingly, like a criminal. Heather confirmed what the reporter had told me: she had in fact decided that I was to be removed from the small group roster for next year," she added. 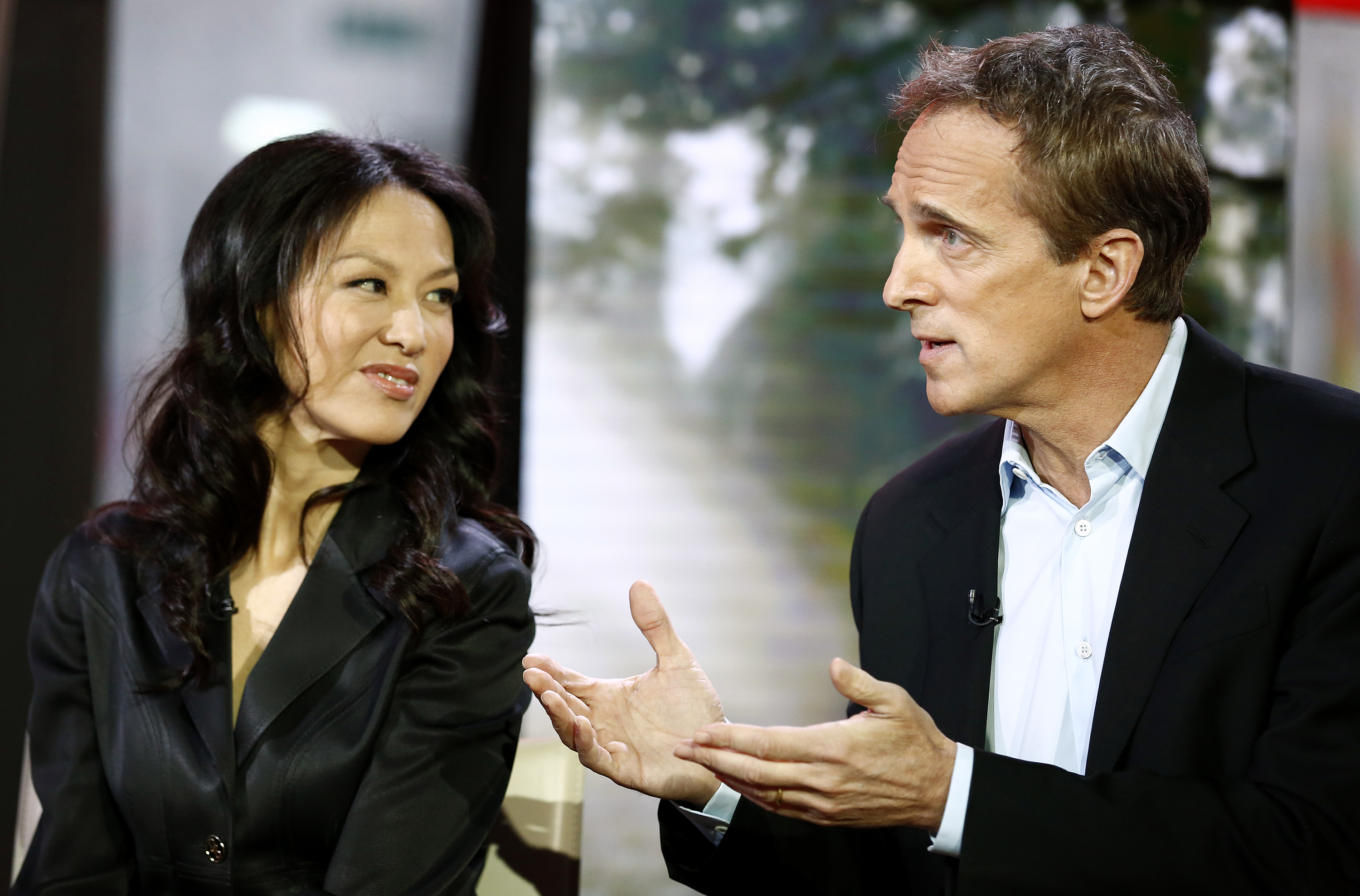 Chua maintained that by asking her to teach a small group, "the school was obviously expecting me to socialize with students, so the notion that I was
under some kind of ban is hard to understand".

She said that after "outburst of anti-Asian violence in the news, a few students in extreme distress reached out to me.

"Because we could not meet in the law school building, we met at my house, and I did my best to support them and console them.

"Jed was not present.

"I’m being punished and publicly humiliated without anything remotely resembling due process."

Yale Daily News points out that university president Peter Salovey has not released any specifics about Rubenfeld’s case.

Gerken wouldn't comment on the allegations, telling the News: "The Law School and the university thoroughly investigate complaints regarding violations of rules and adjudicates them whenever it is appropriate to do so.

"Faculty misconduct has no place at Yale Law School." 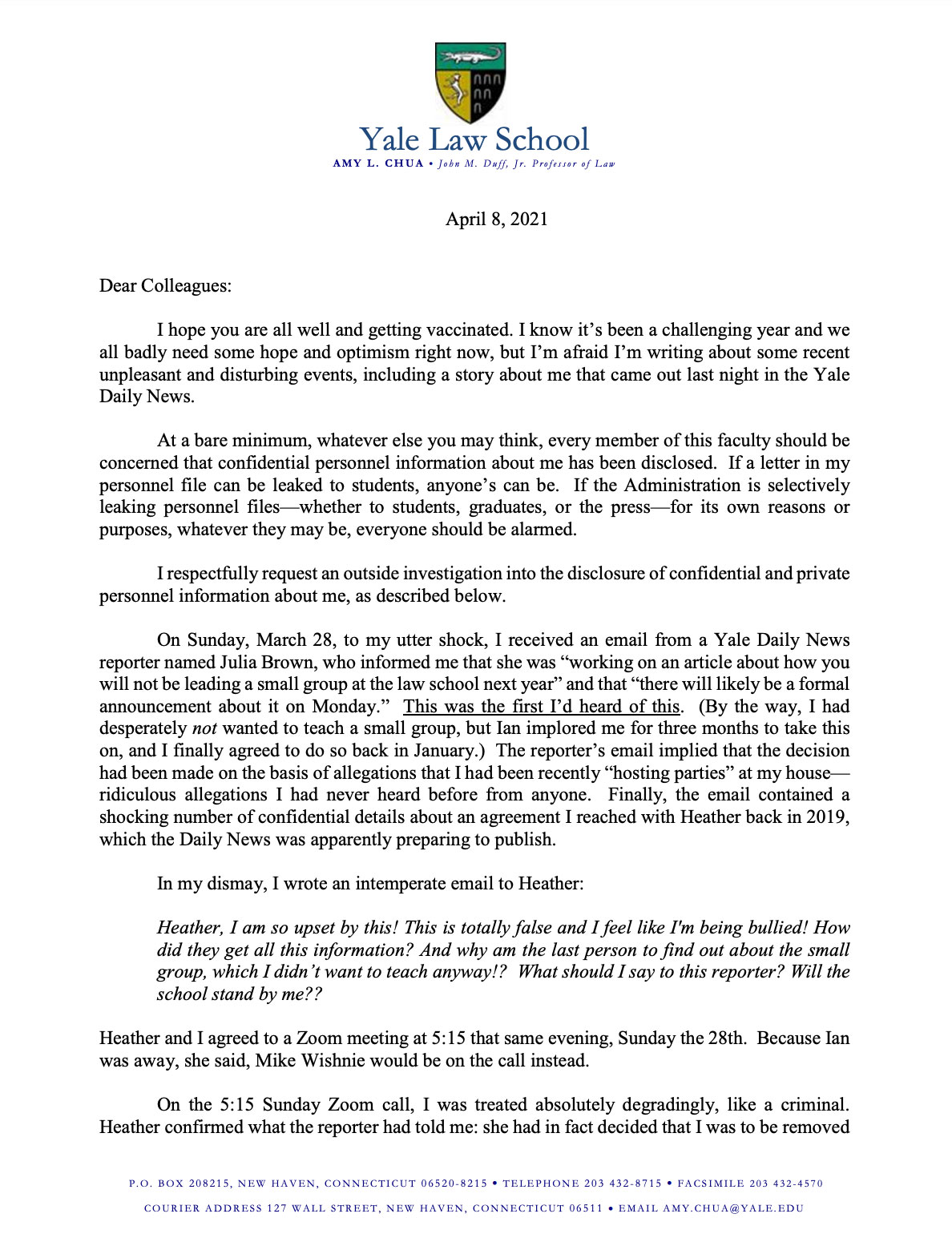 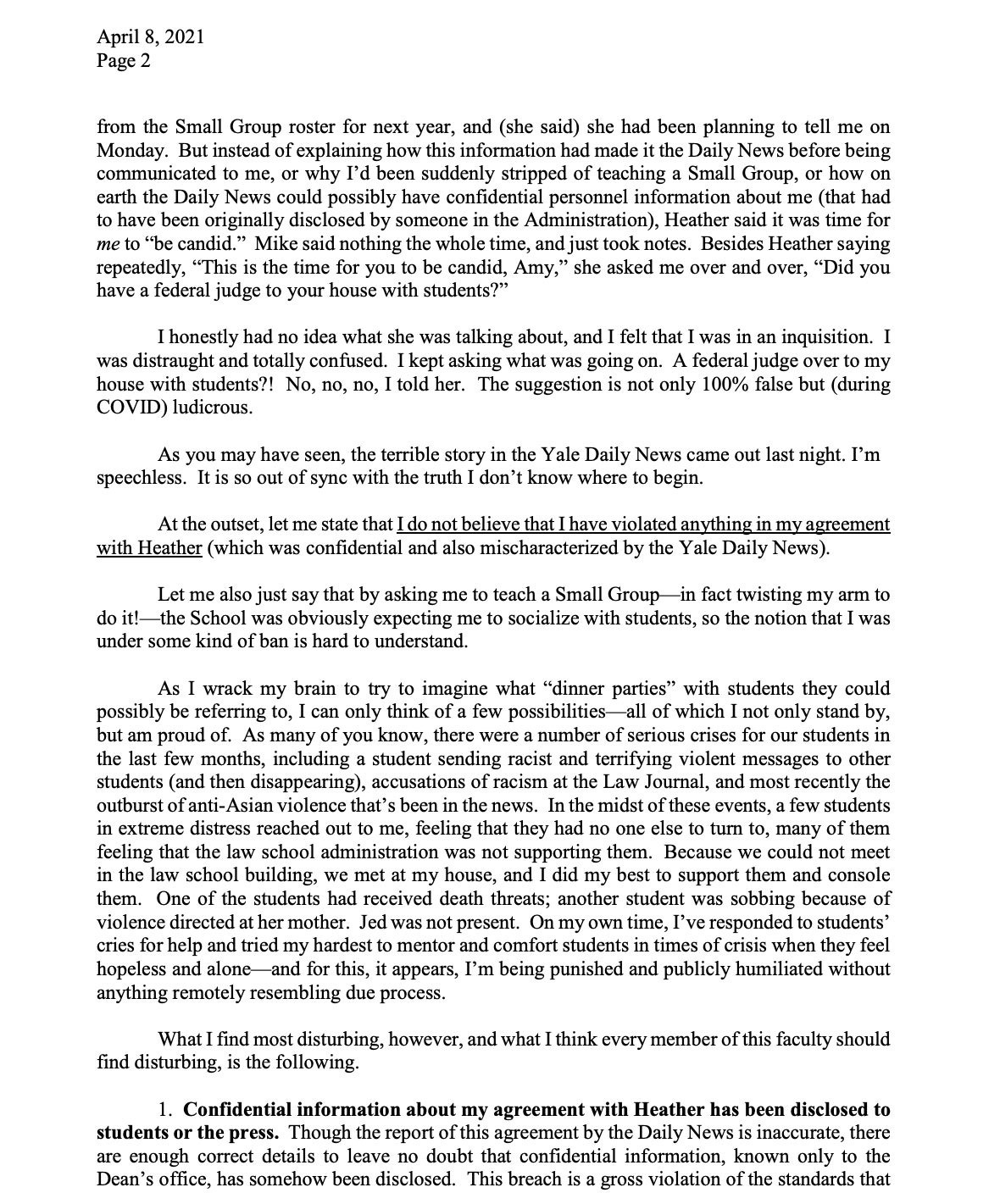 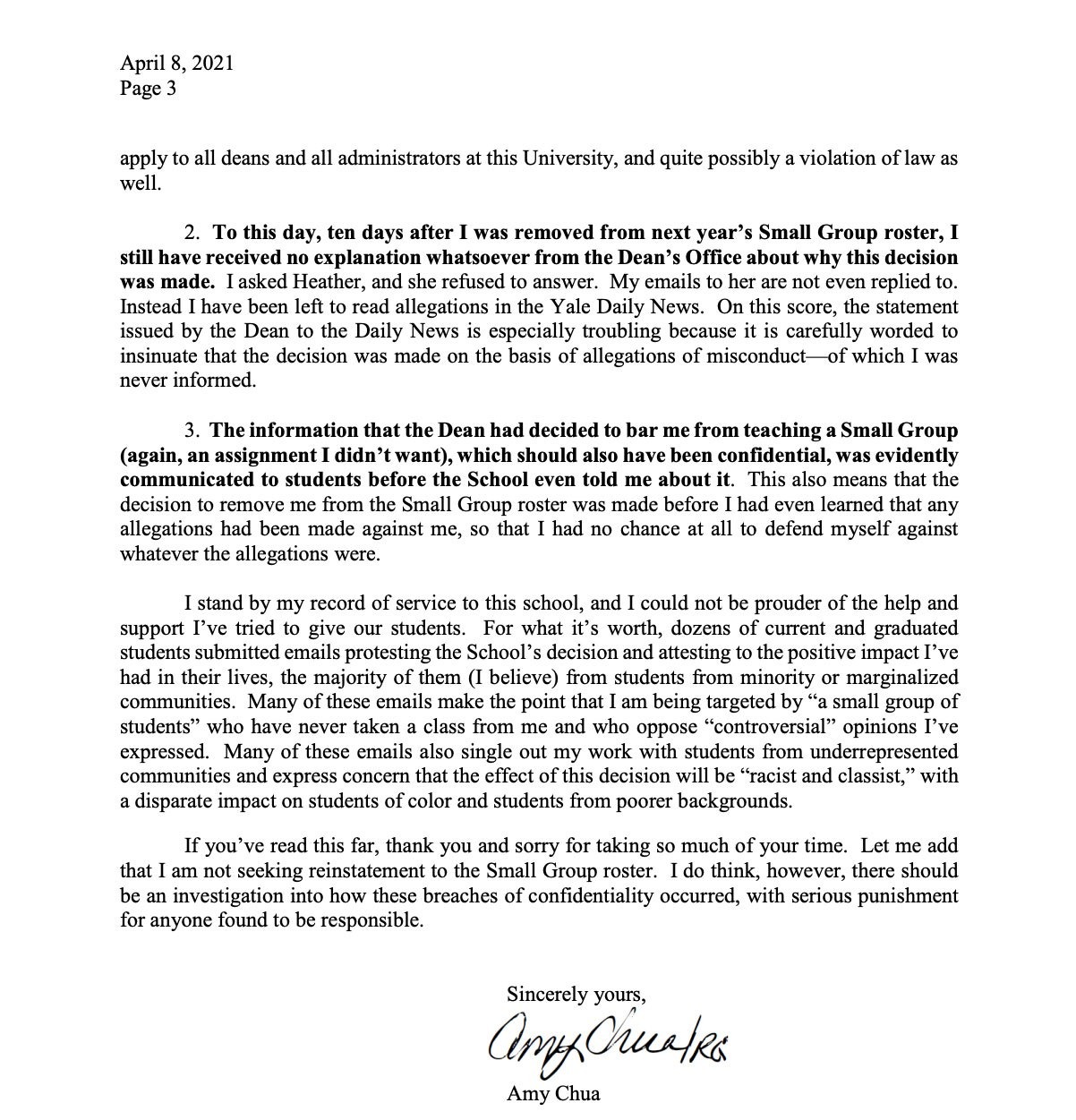