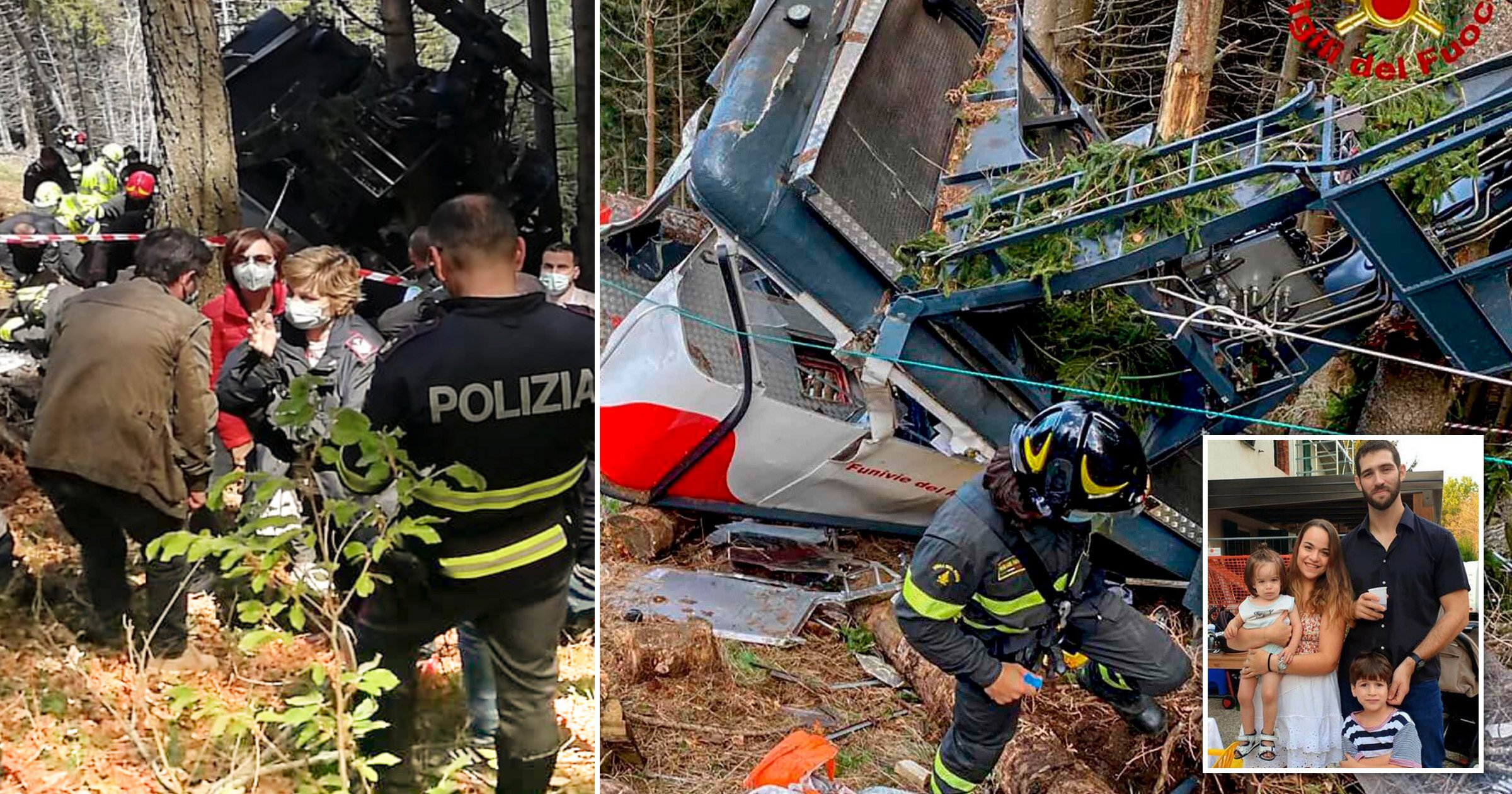 Three people were arrested early on Wednesday as part of an investigation into a cable car disaster in northern Italy that killed 14 people.

On Sunday the cabin on a cable way connecting the town of Stresa, on the shore of Lake Maggiore, to the nearby Mottarone mountain, plunged to the ground, killing all aboard apart from a five-year-old Israeli boy.

Investigators are looking into why the cable snapped and why the emergency brake didn’t engage and prevent the cabin from careening back down the mountain.

The sole survivor of the tragedy, Eitan Biran, was hospitalised in Turin in intensive care with multiple broken bones.

His parents, Amit Biran and Tal Peleg-Biran, their 2-year-old son, Tom Biran, and Peleg-Biran’s grandparents, Barbara and Yitzhak Cohen, all died at the scene.

Officials at the hospital began waking Eitan up from sedation on Tuesday after he underwent surgery and an MRI, which showed no brain damage. An aunt and other family members have been with him at the hospital.

The disaster shocked the world and raised fresh questions about the safety of Italy’s infrastructure.

After the cable snapped, the cabin reeled back down the line until it pulled off, crashed to the ground and rolled over down the mountainside, coming to a rest against some trees.

Lead prosecutor Olimpia Bossi said on Tuesday that she couldn’t rule out human error, amid suggestions that the brake may have been disabled by a clamp erroneously left in place, perhaps after maintenance work on the car the previous day.

This is a breaking news story, more to follow soon… Check back shortly for further updates.

Got a story? Get in touch with our news team by emailing us at [email protected] Or you can submit your videos and pictures here.