THOUSANDS of starlings get their ducks in a row — and form a giant one in the sky.

The mesmerising murmuration saw the starlings twist and turn beautifully through the skies before shape-shifting into a crystal clear image of a duck. 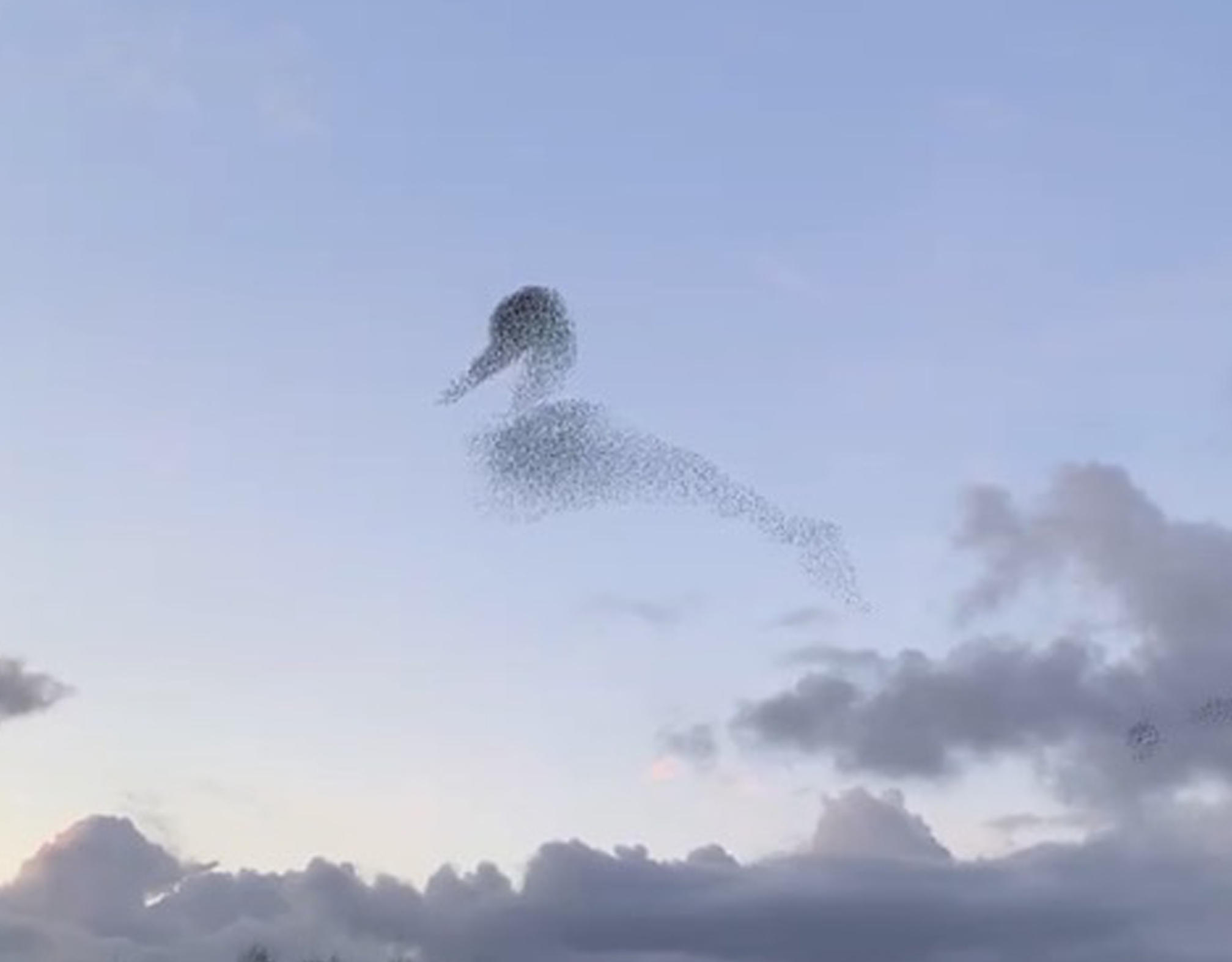 Their quacking effort was captured by midwife Hannah Farah, 31, on a trip to the Fairburn Ings RSPB Nature Reserve, West Yorks, with nine-year-old Sonny and Kinza, ten.

The 31-year-old, from Shipley, West Yorkshire, said: “I had never seen a murmuration before, so it was pretty spectacular.

“It was amazing and so clear, unbelievable really.

“I said to my dad at the time it was better than watching a firework display.”

Speaking of his grandchildren, Hannah’s dad Peter added: “They were very impressed at what grandad had taken then to see and they will never forget what they saw.

“None had ever seen a starling murmuration so I was keen that they saw one and had a memorable experience.

“It’s a well known location for a starling murmuration this time of year.

“The starlings fly in and grow in numbers from Asia and Africa.

“The numbers gathering at Fairburn Ings will be in the region of 180,000 when it peaks.”

On Monday, The Sun showed how starlings there created a festive stocking.

They’re clearly getting into shape for Christmas 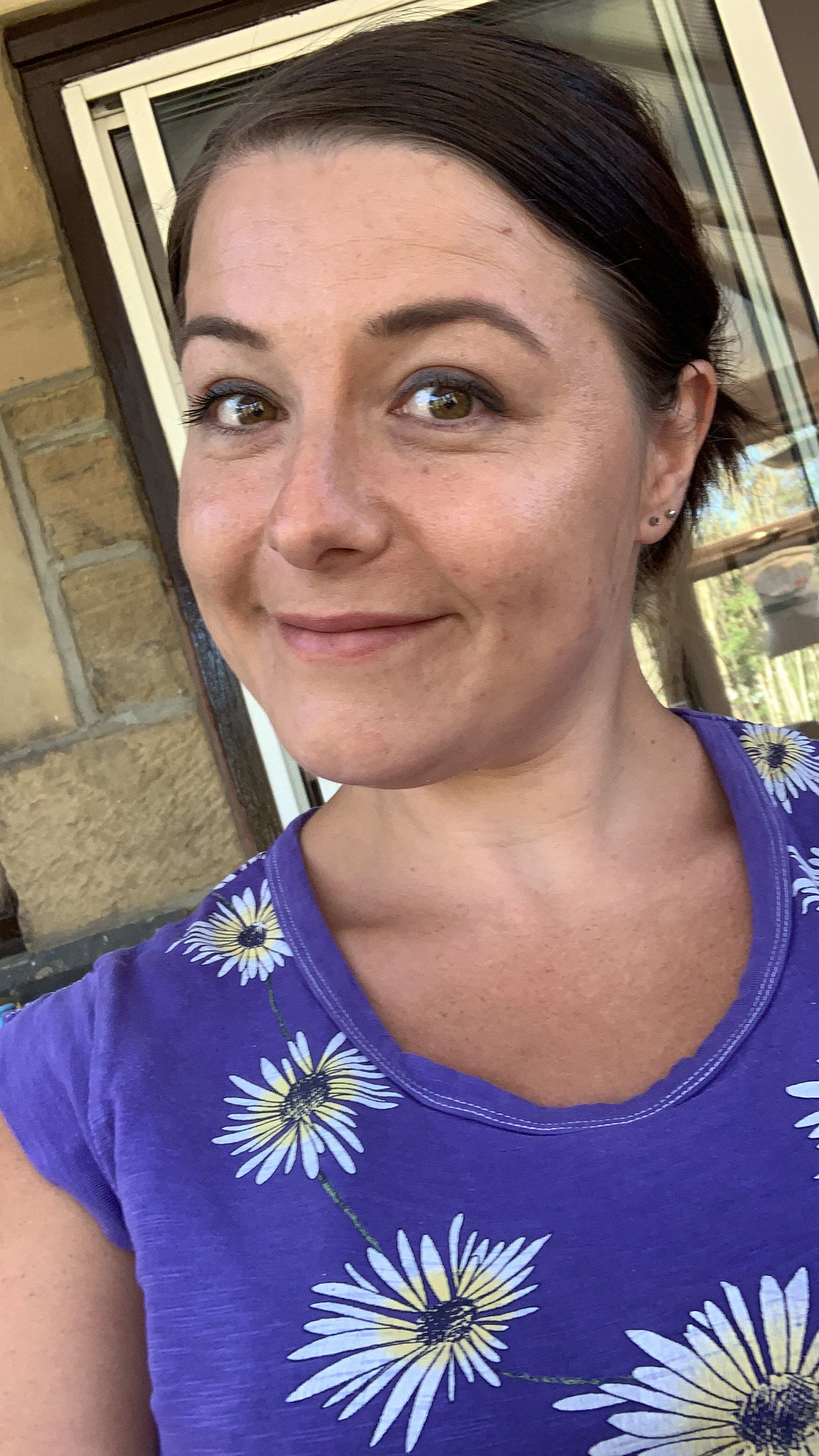 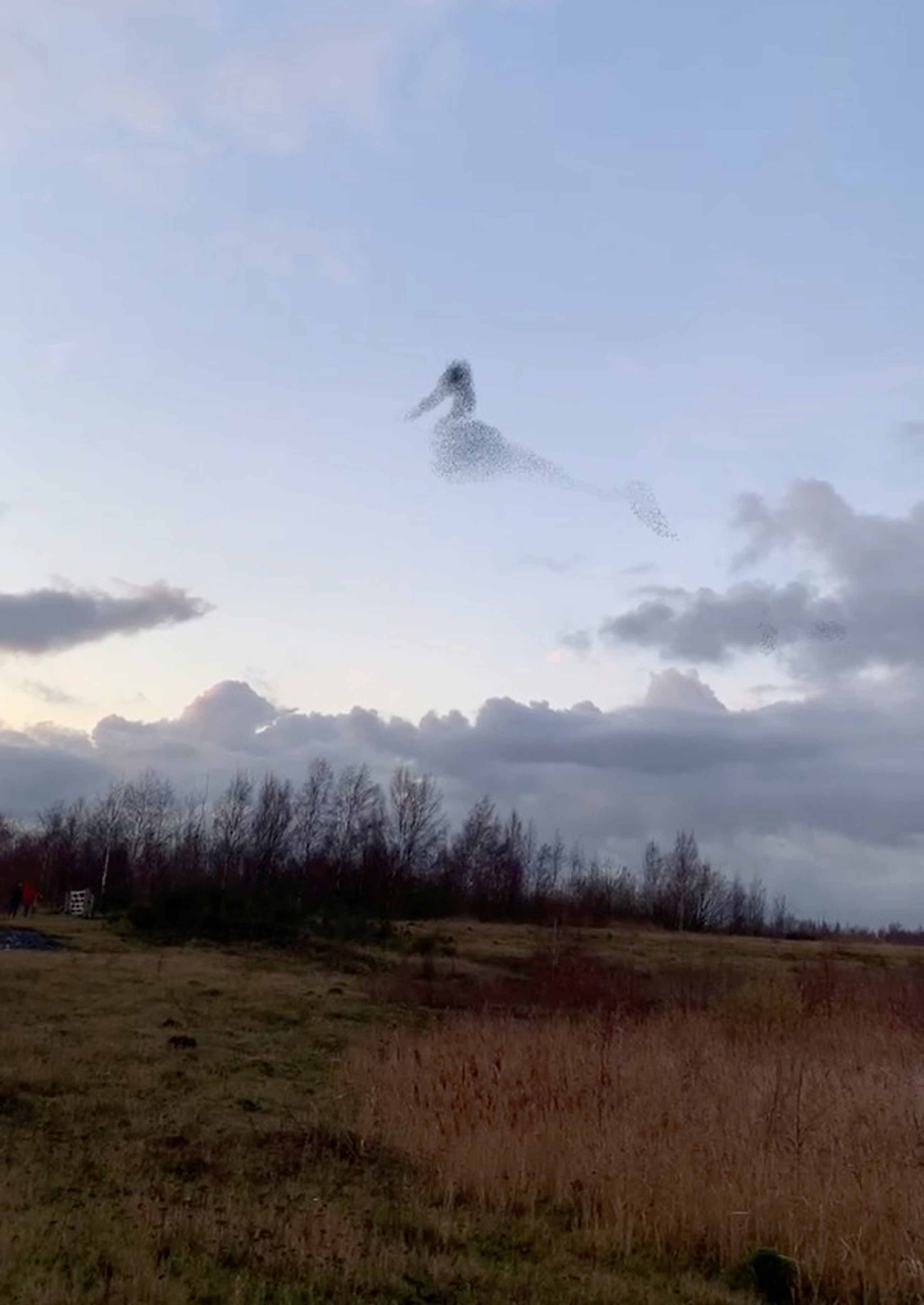