THOUSANDS of people have gathered for Black Lives Matter protests across the UK today for the fourth weekend running.

Peaceful marches are taking place in London and Leeds this afternoon in the latest wave of anti-racism protests following the death of George Floyd in Minneapolis, US. 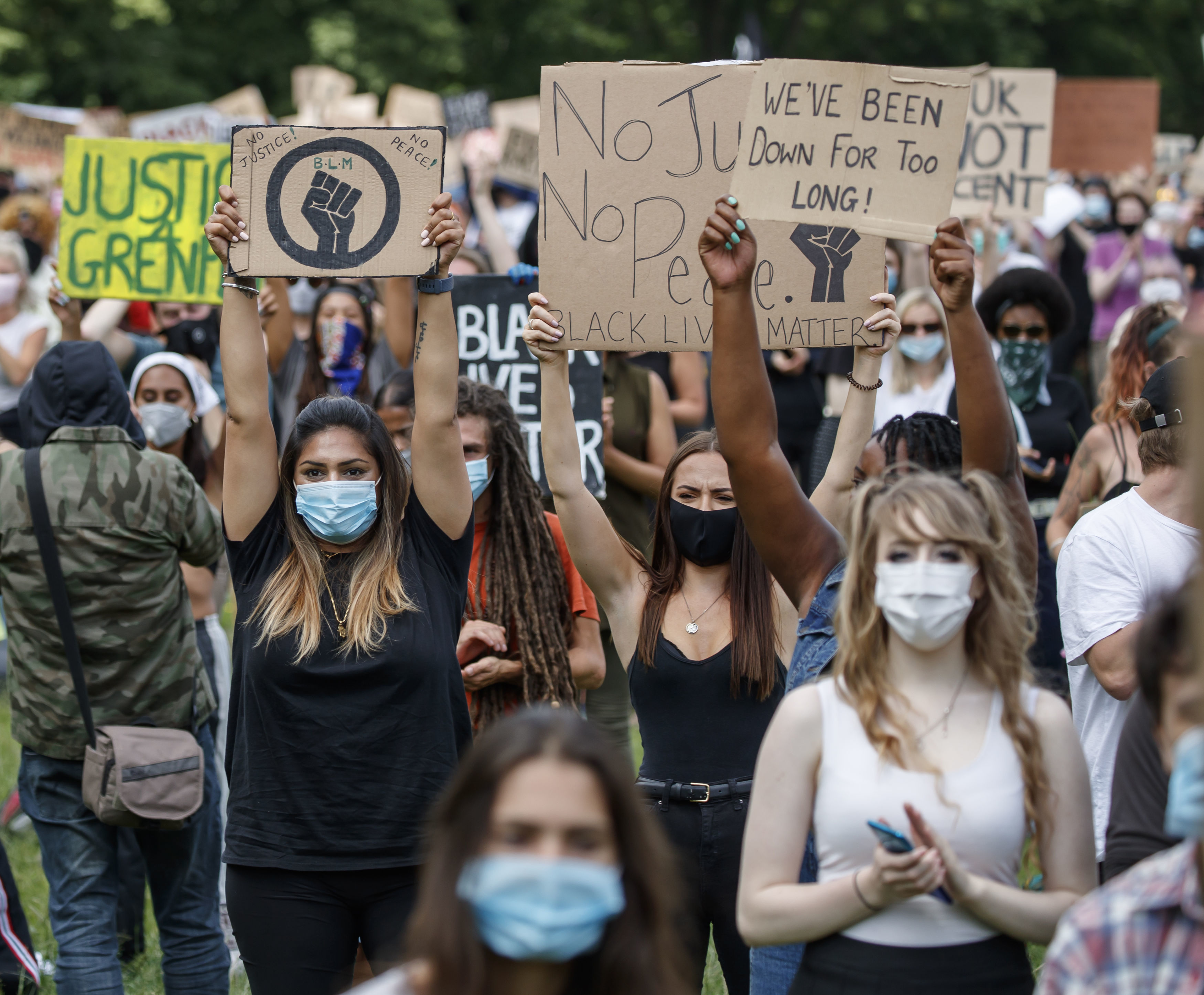 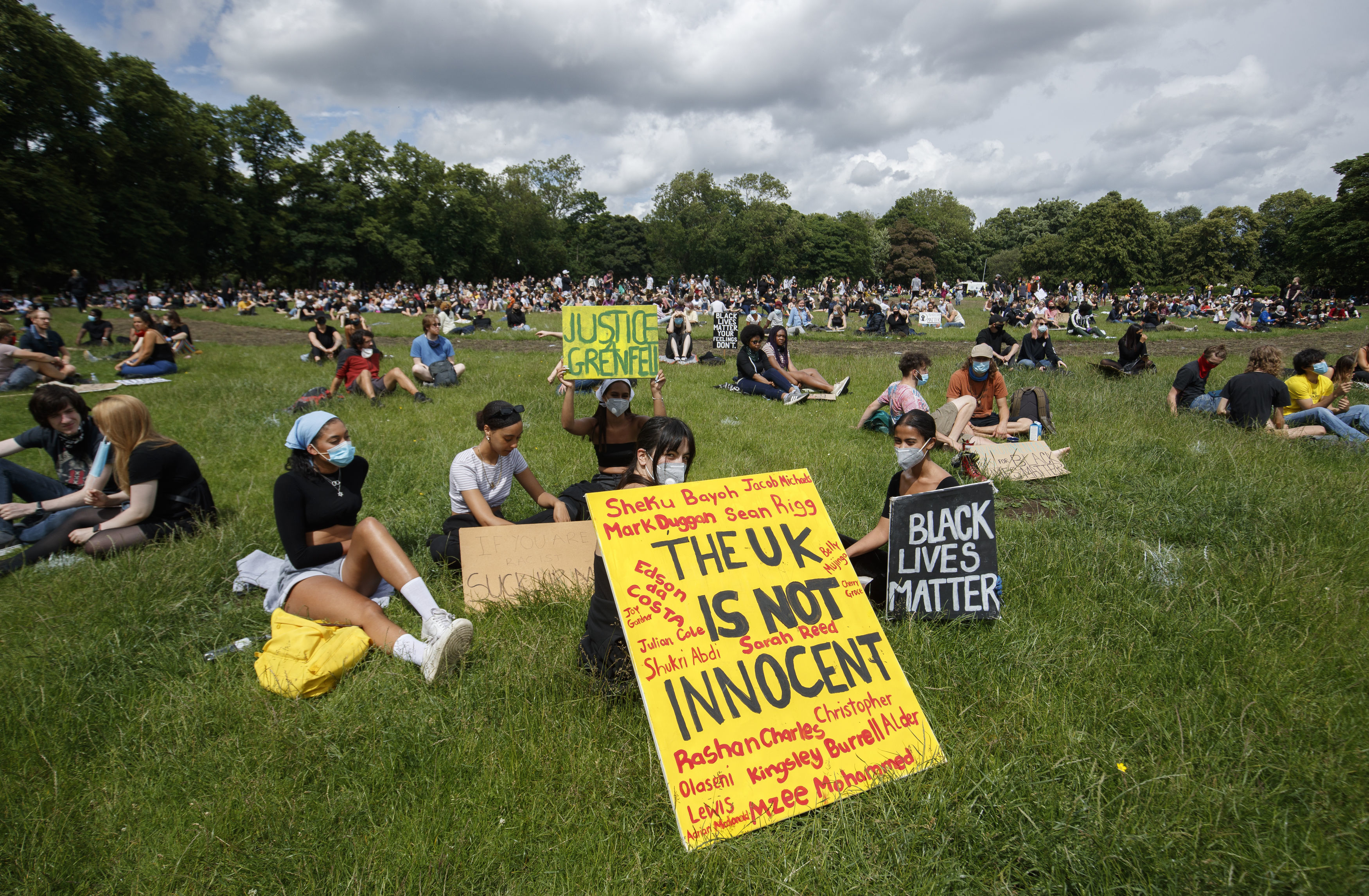 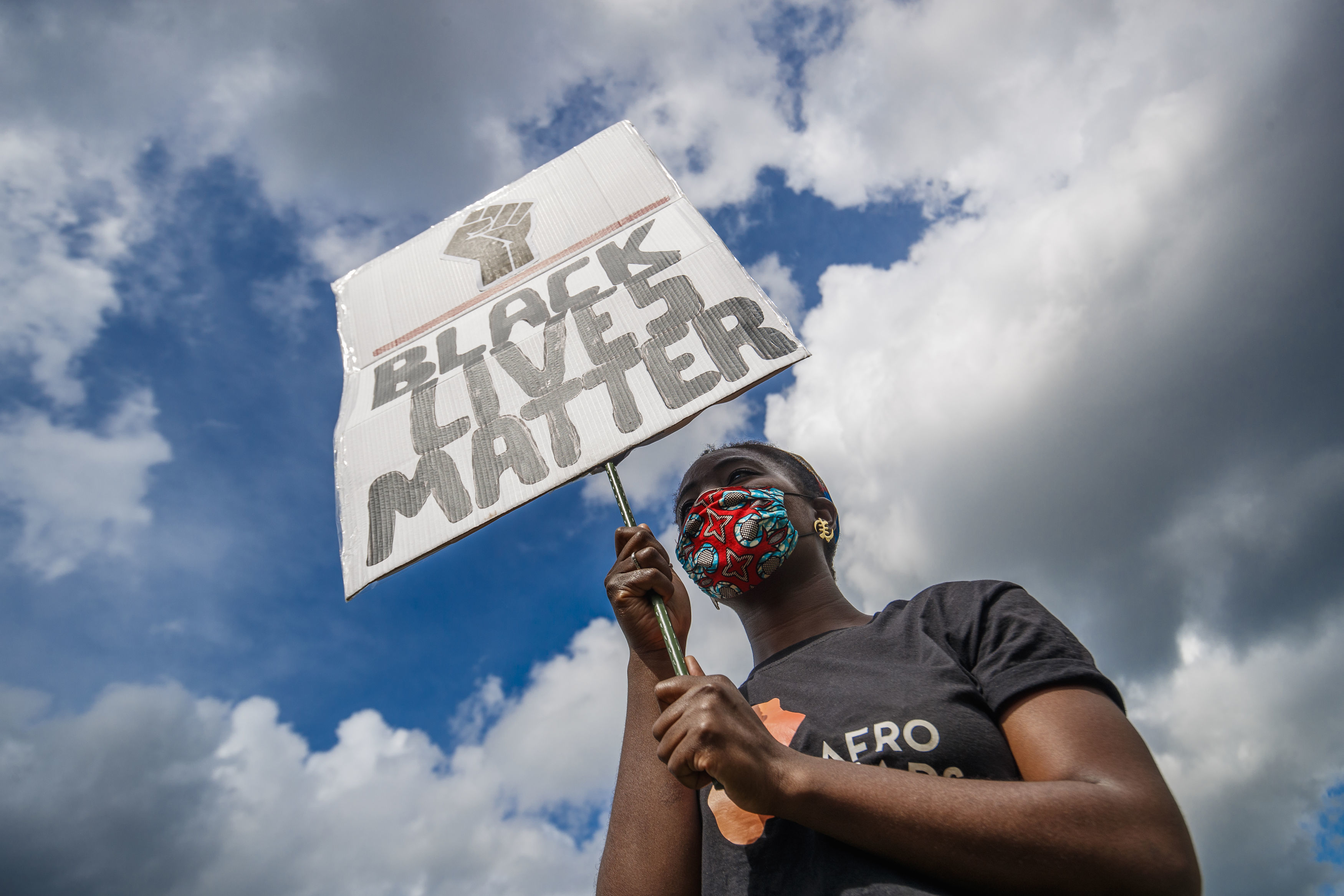 Demonstrators in London have gathered in Hyde Park, before starting their march towards Downing Street, home of Prime Minister Boris Johnson.

Crowds of masked protestors have also convened in Leeds' Woodhouse Moor park to march and listen to speakers.

Large gatherings and lack of social distancing are in breach of current coronavirus guidelines, however, that has not stopped the organisation of the marches over the last month.

Most of the demonstrators are wearing masks following recommended coronavirus guidelines – and two protestors were seen with black masks with 'Black Lives Matter' written on them.

Police have also been activated in Leeds amidst the protests, and were seen guarding a Queen Victoria monument which was defaced earlier this month in Woodhouse Moor park, Leeds. 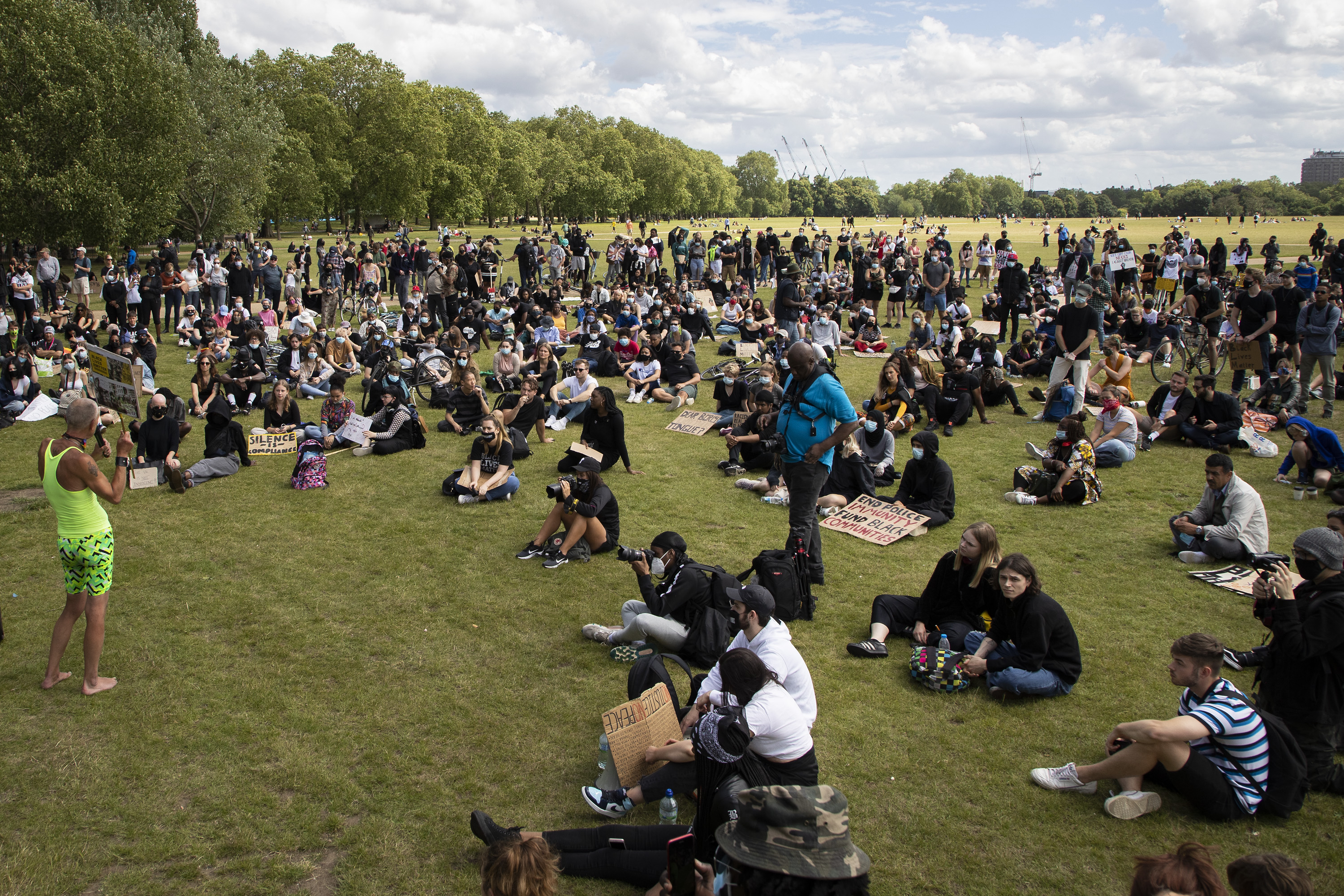 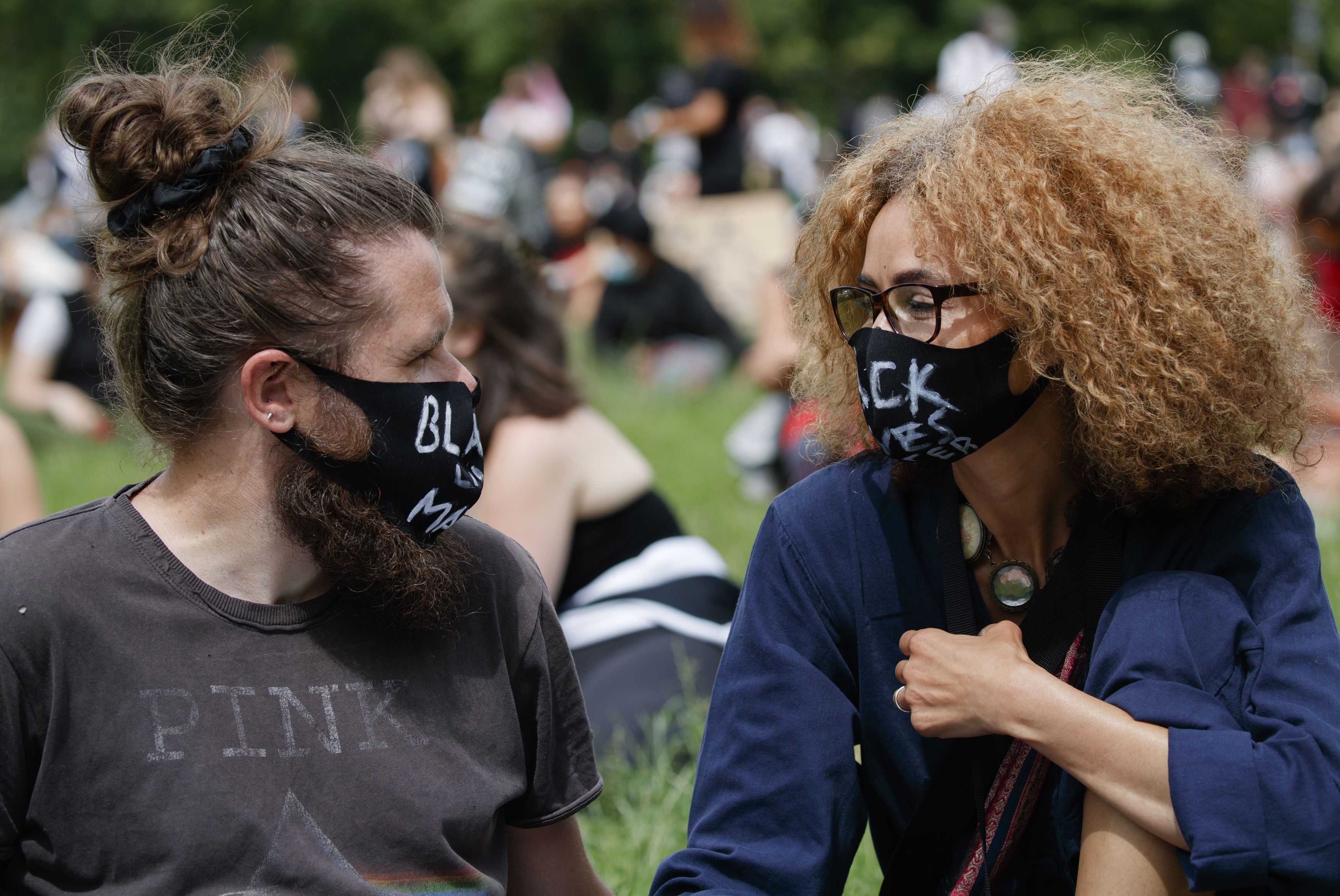 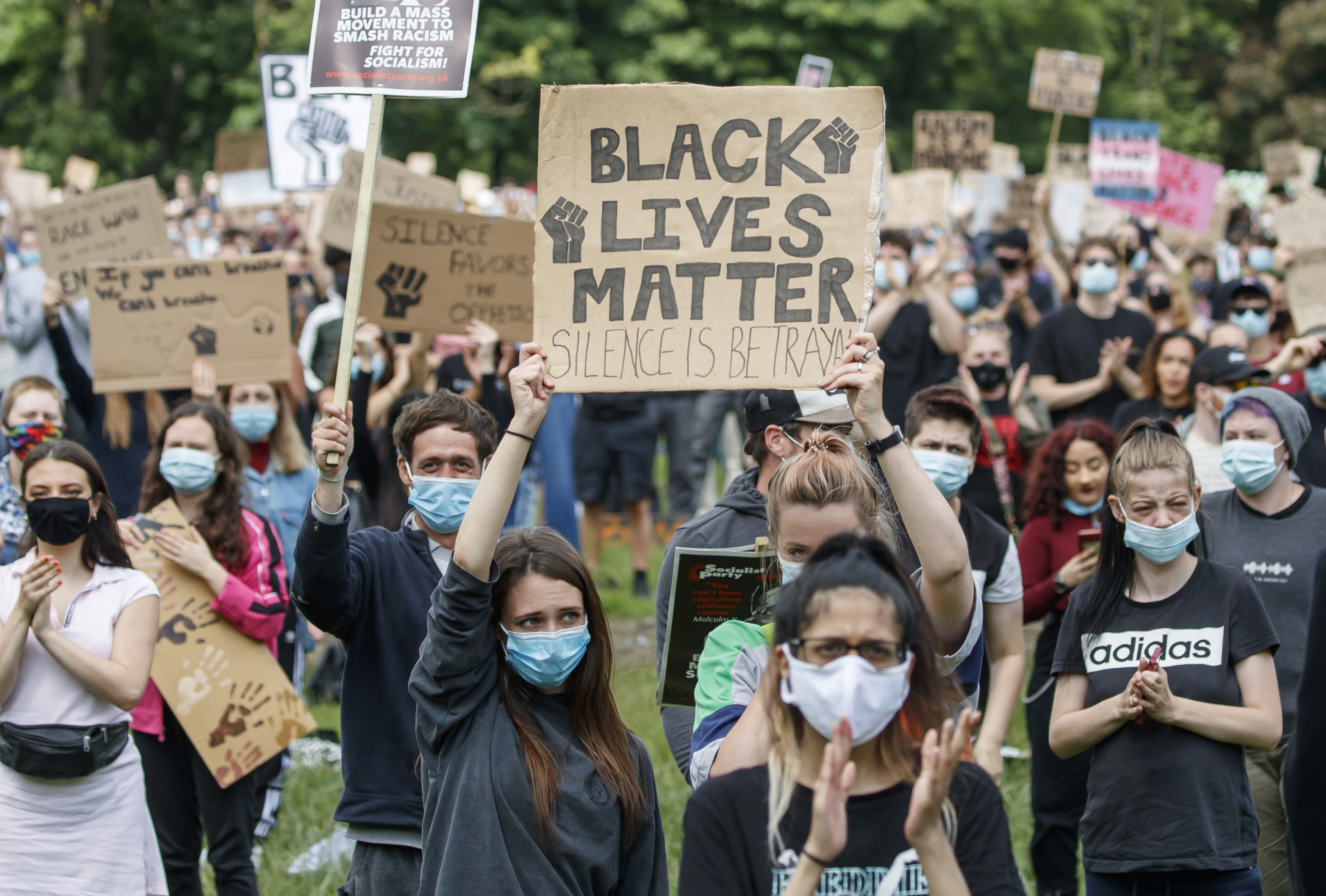 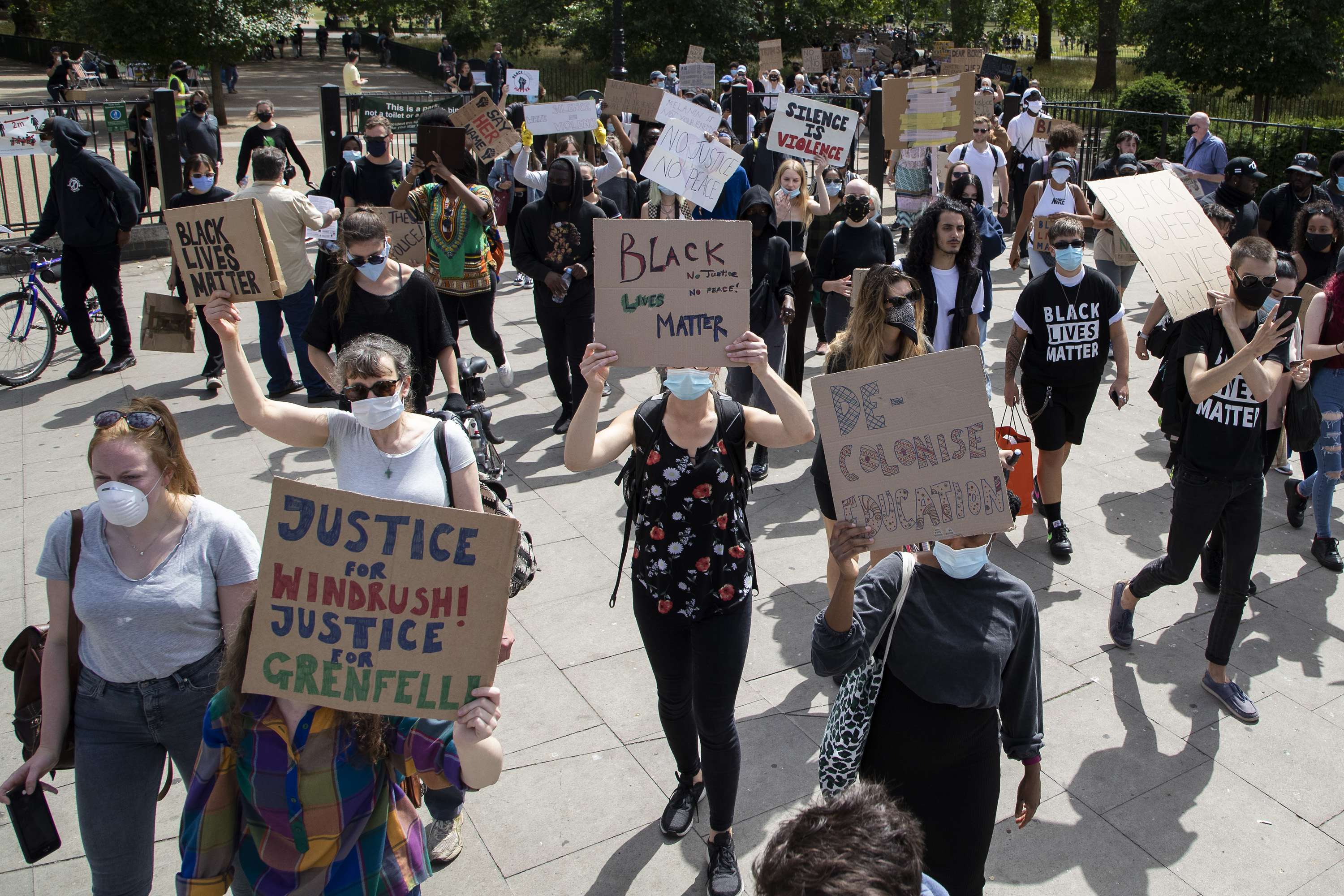 Yesterday, demonstrators gathered in London's Hyde Park, with many people standing around the statue of Winston Churchill after it was previously vandalised.

George Floyd's death has forced the UK to face its underlying racial issues – causing many to call for the decolonisation of school curriculums.

The statue of slave ship owner Edward Colston was hauled down and thrown into Bristol harbour by Black Lives Matter protestors earlier this month, and universities like UCL are moving to rename their lecture theatres named after prominent eugenicists.

Each week the demonstrators have been reminded of the ongoing coronavirus pandemic and urged to wear masks and keep their distance if they protest.

While most of the protests have been peaceful, clashes between opposing groups have sprawled into violence.

Last Saturday pro-statue demonstrators tried to get to BLM protesters while police attempted to block them – before the two groups eventually clashed. 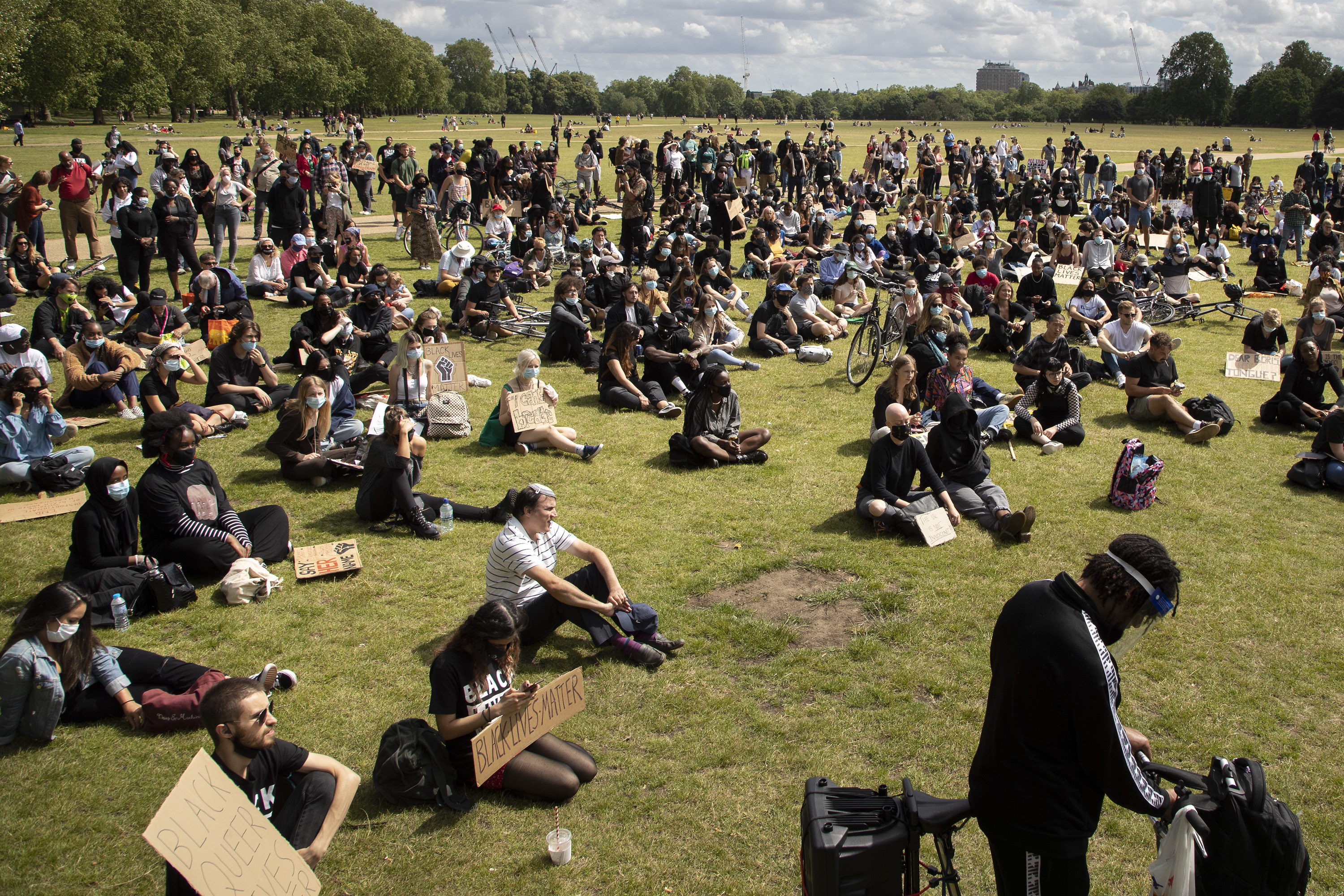 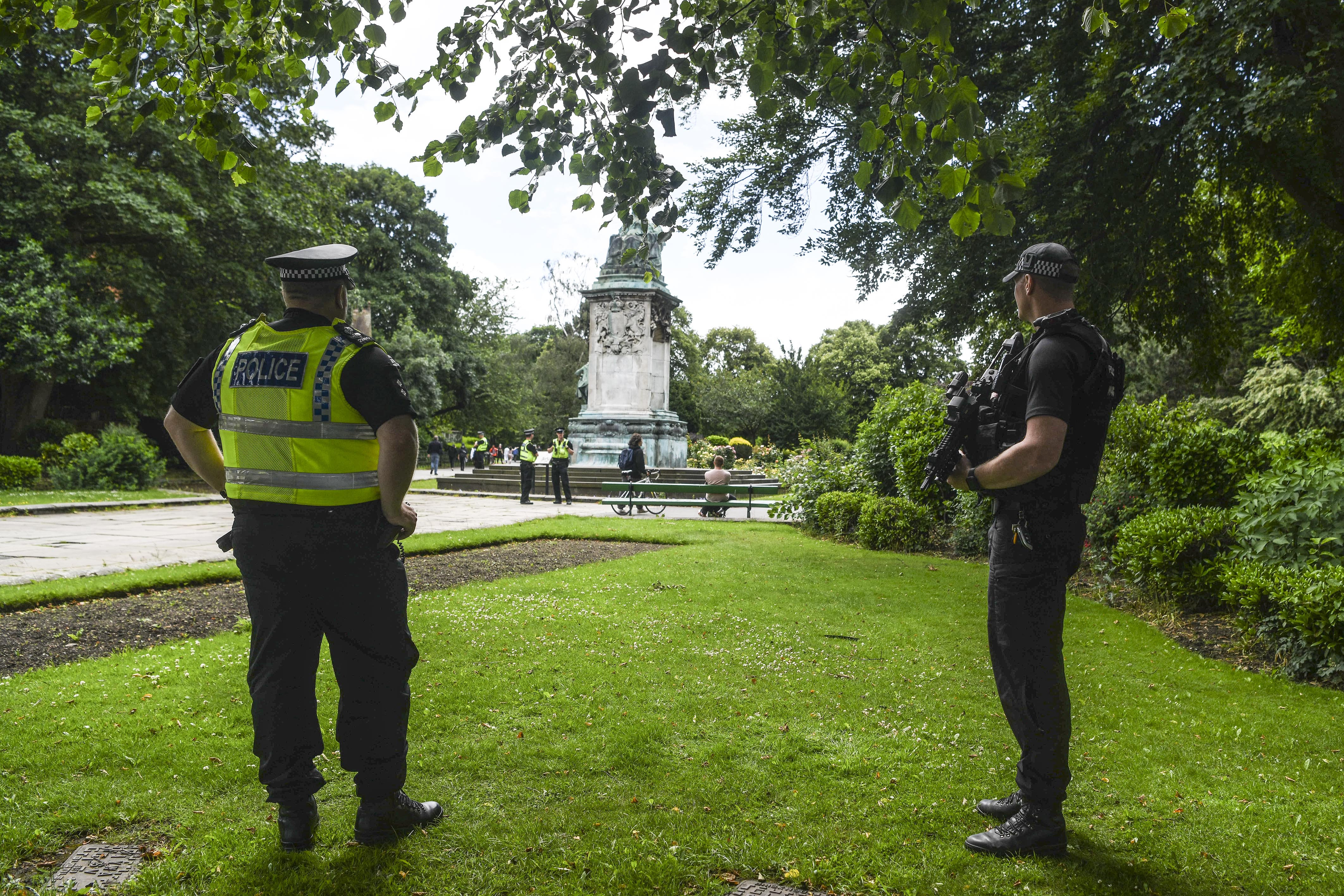 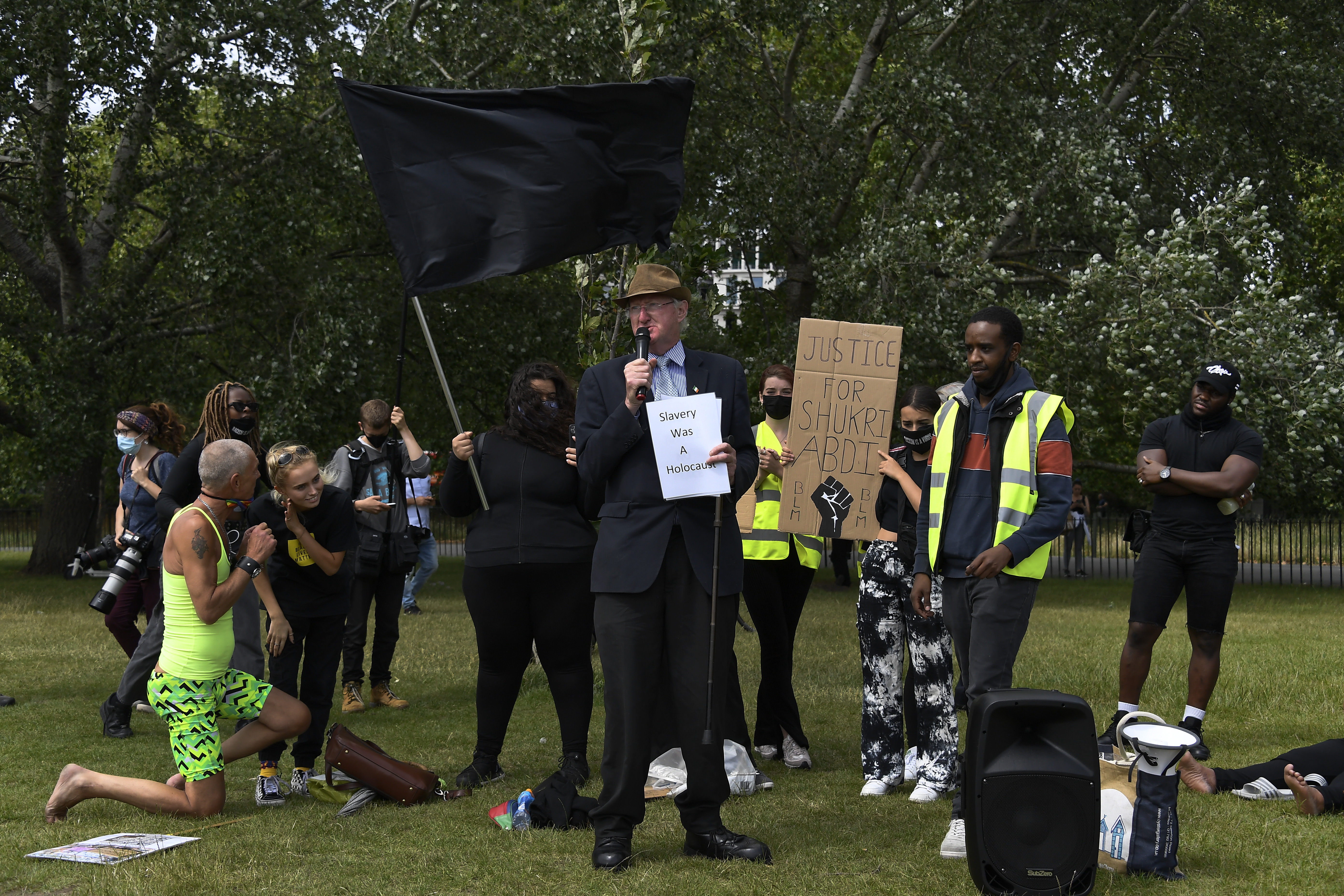 As the protests continued past the 5pm curfew, cops were seen standing guard outside Waterloo Station in full riot gear – while flares and smoke bombs were thrown between both groups and scraps broke out.

A BLM protester was pictured carrying a pro-statue demonstrator to safety after he got caught up in a counter group and was left injured.

There were more than 100 arrests in London after violence escalated.

Prime Minister Boris Johnson tweeted last weekend: "Racist thuggery has no place on our streets. Anyone attacking the police will be met with full force of the law.

"These marches & protests have been subverted by violence and breach current guidelines.

"Racism has no part in the UK and we must work together to make that a reality." 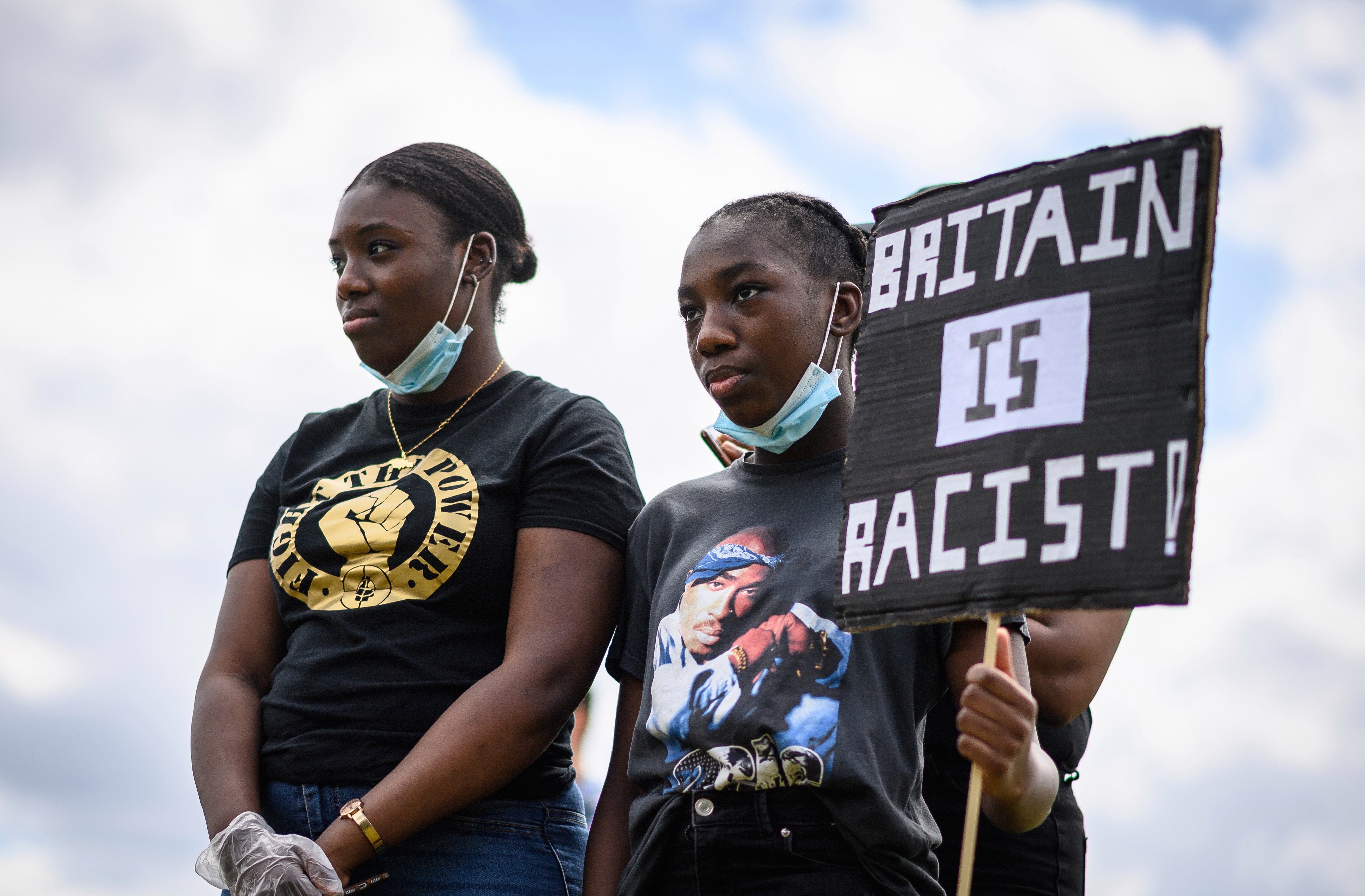 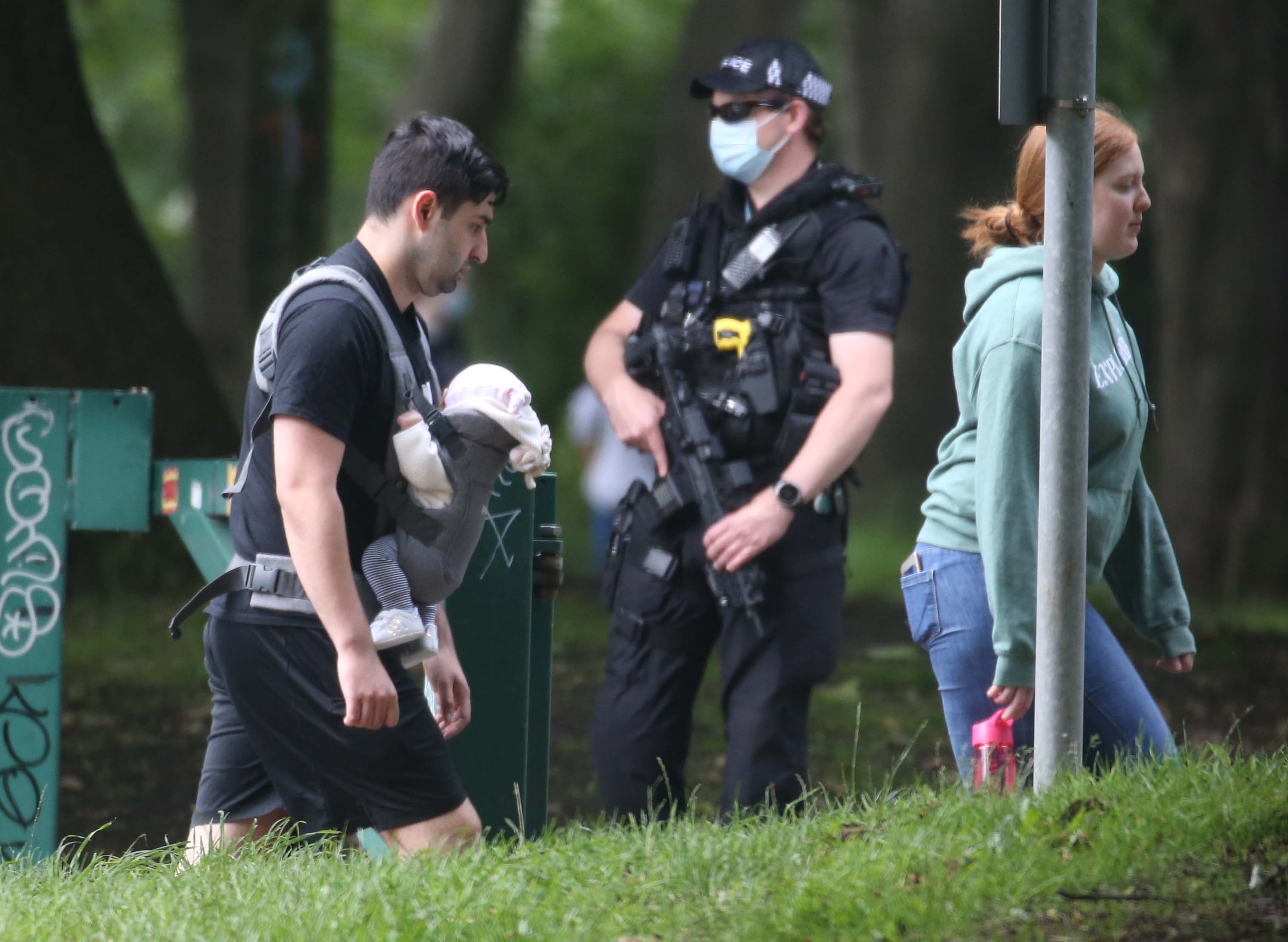 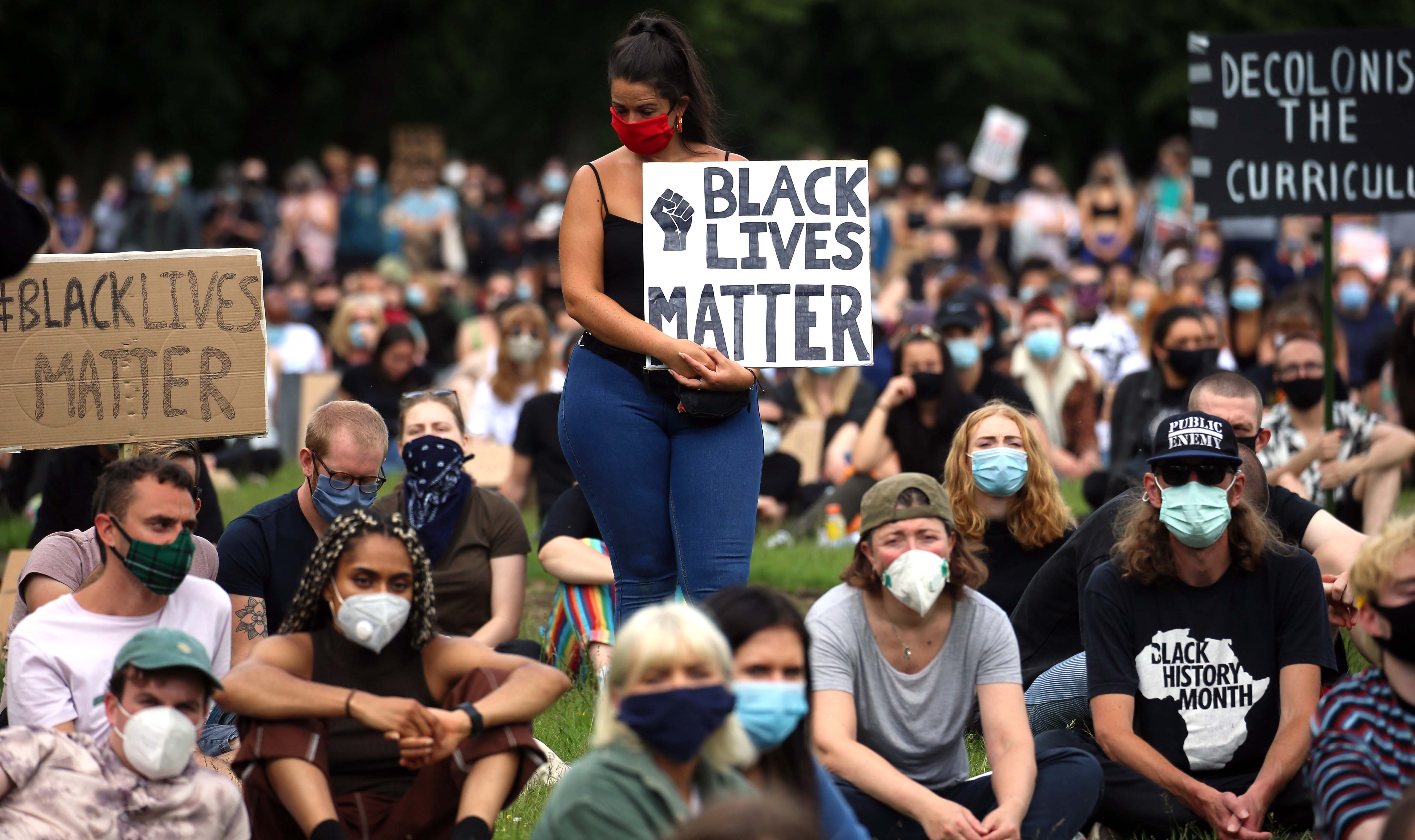 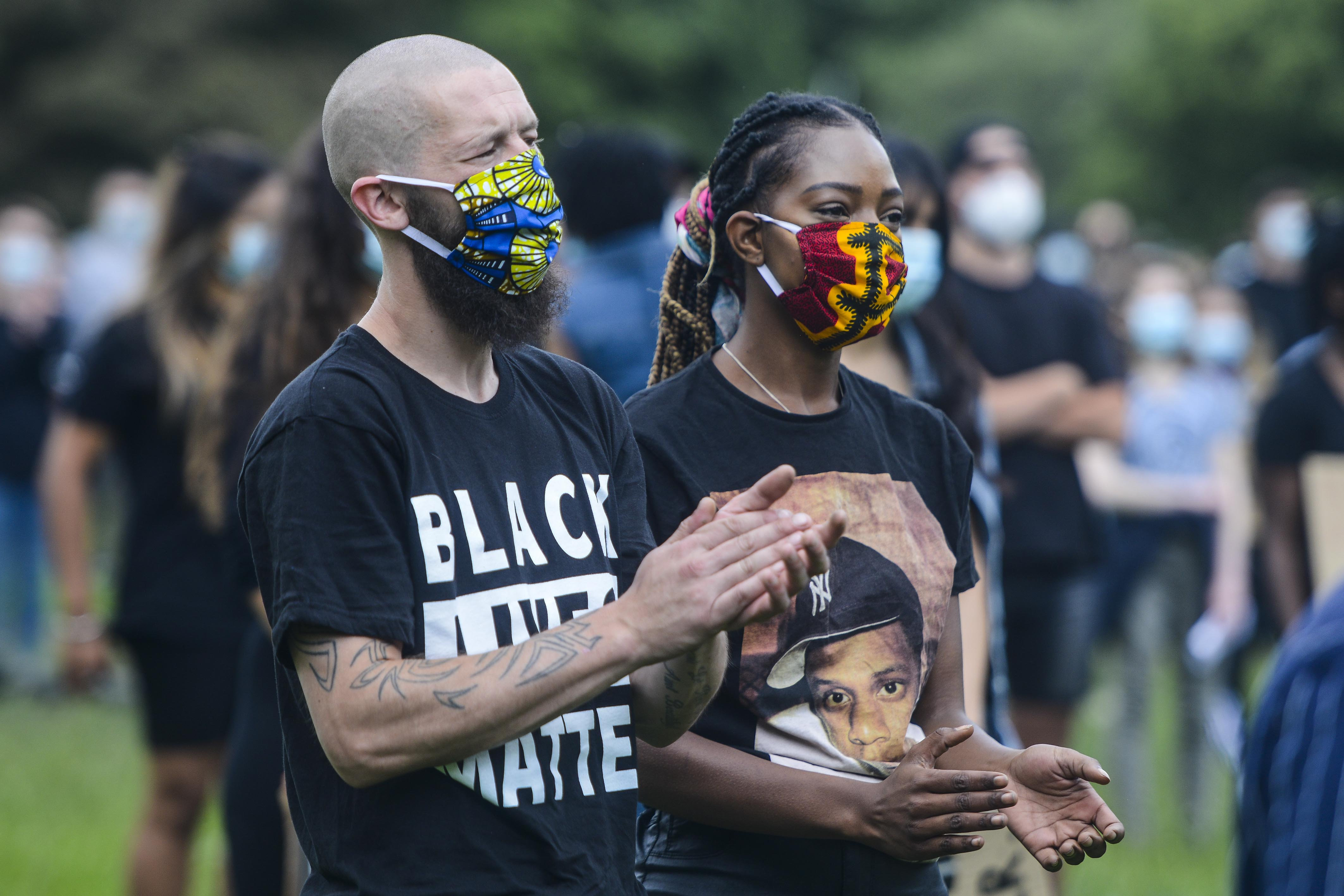 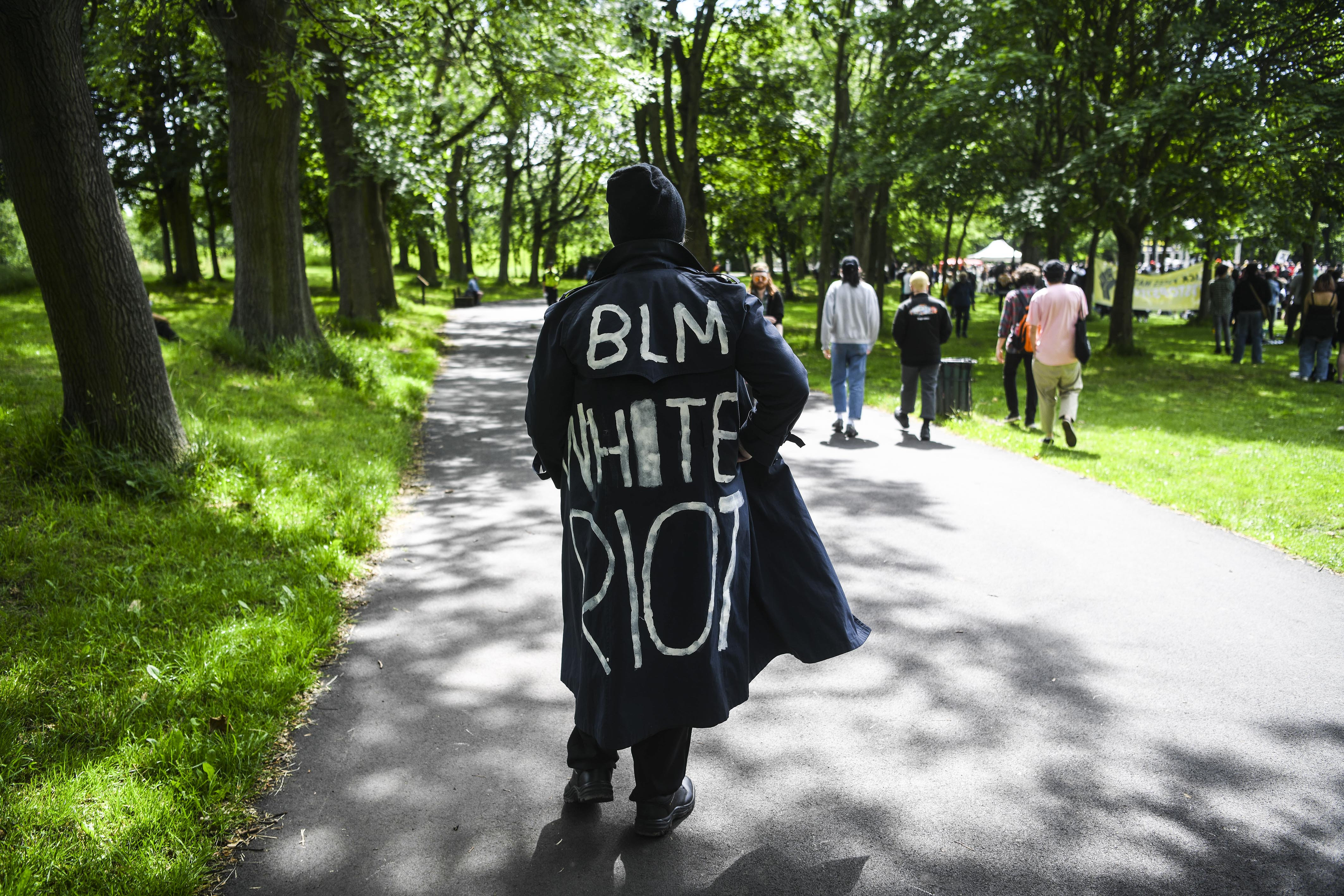 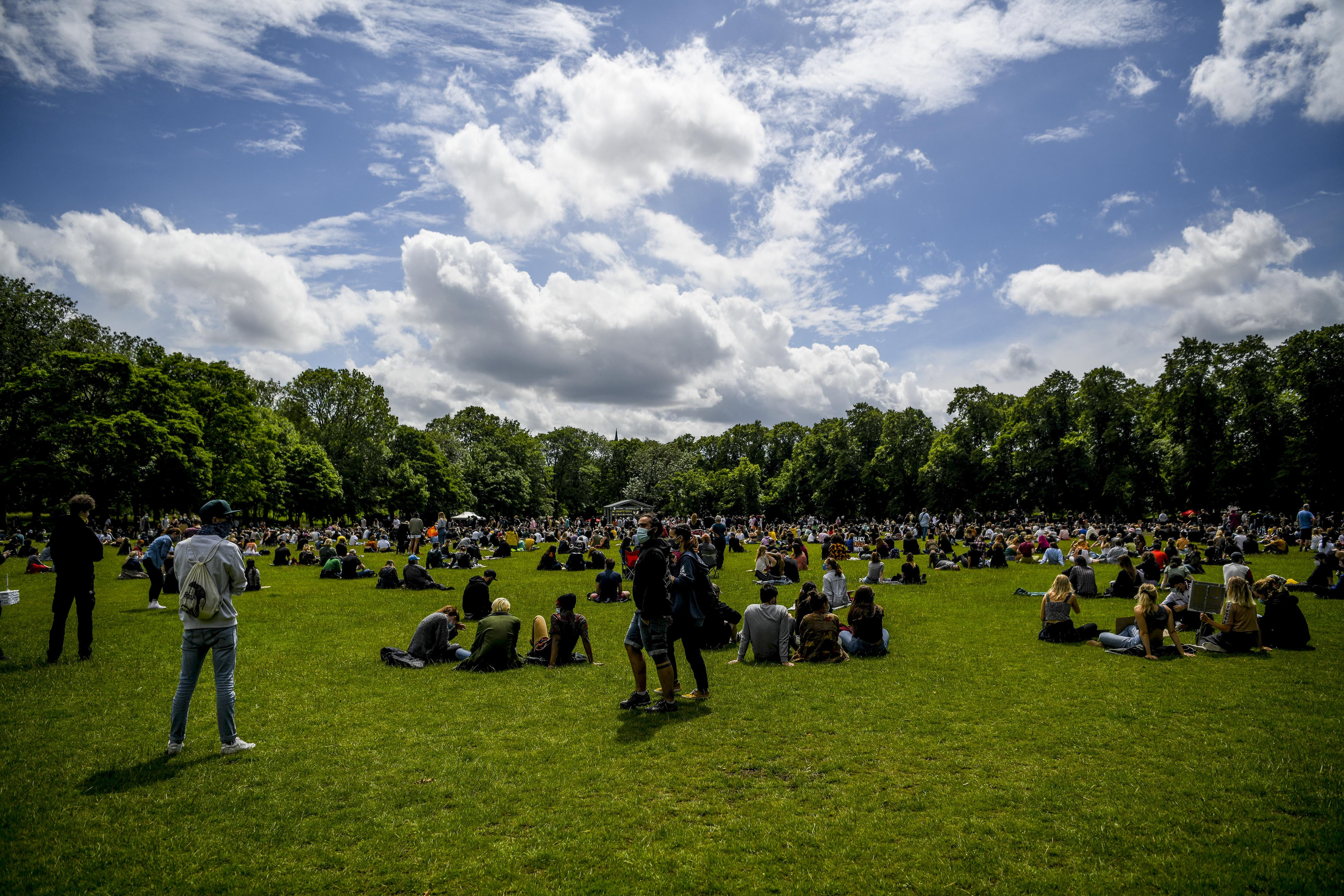 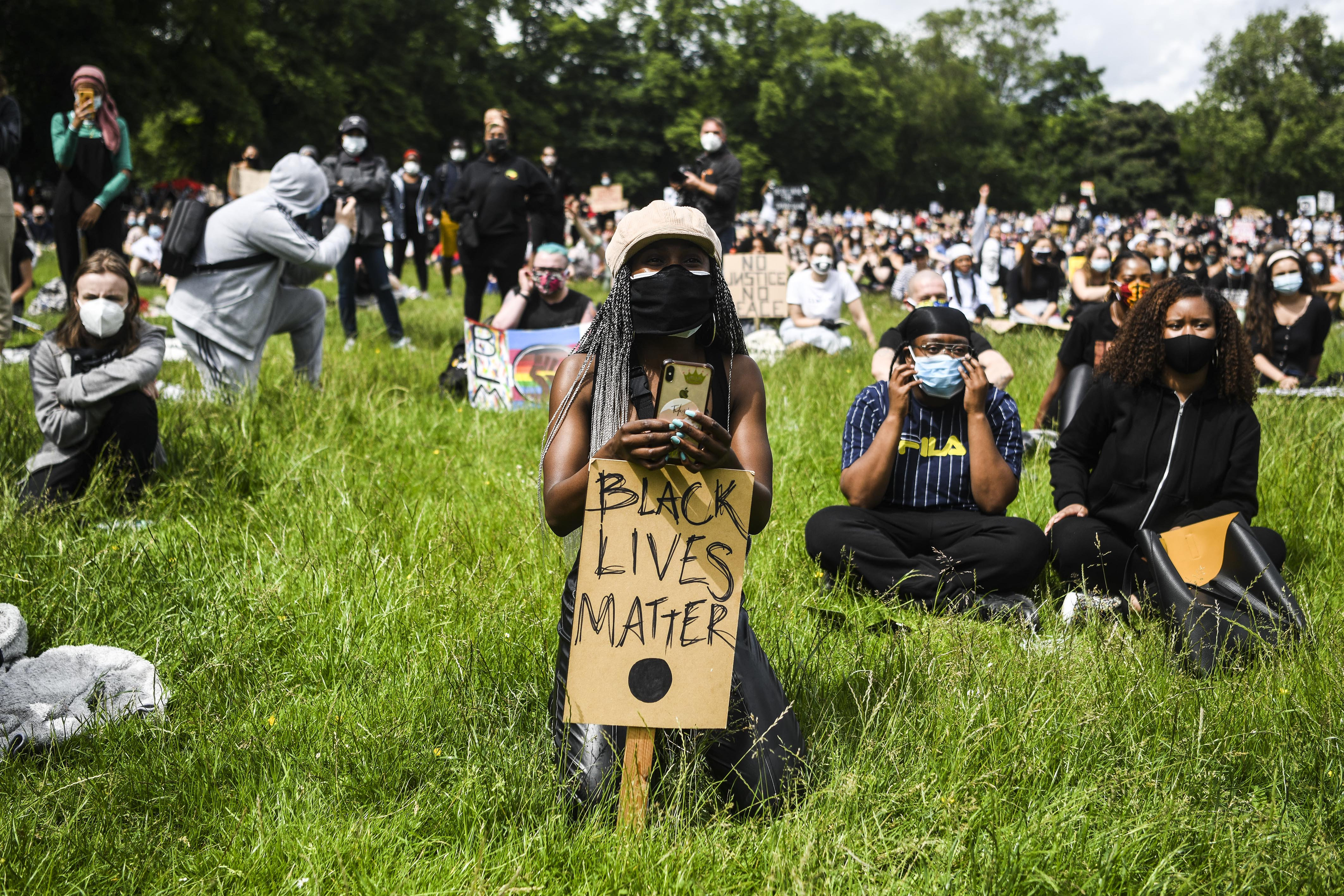 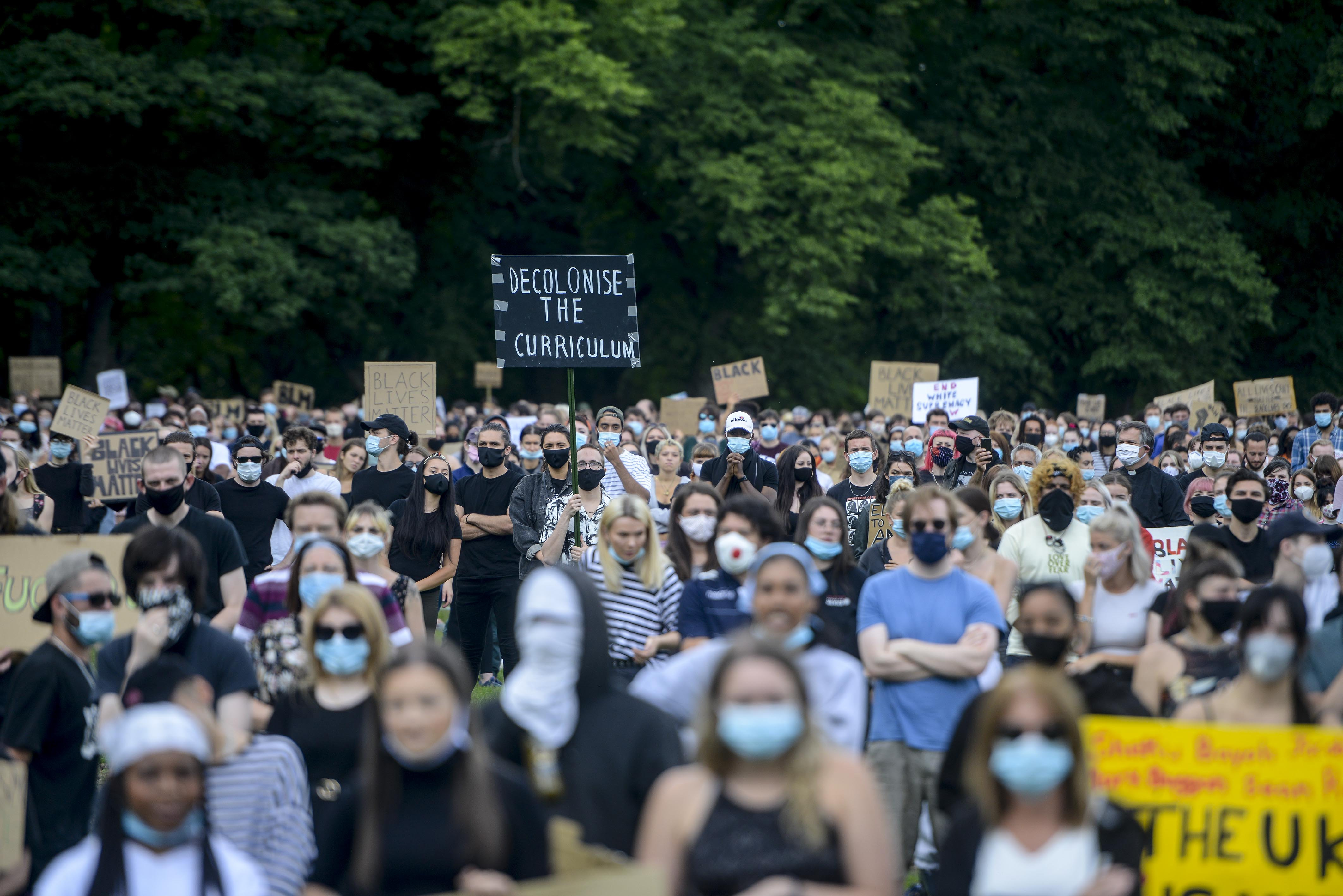 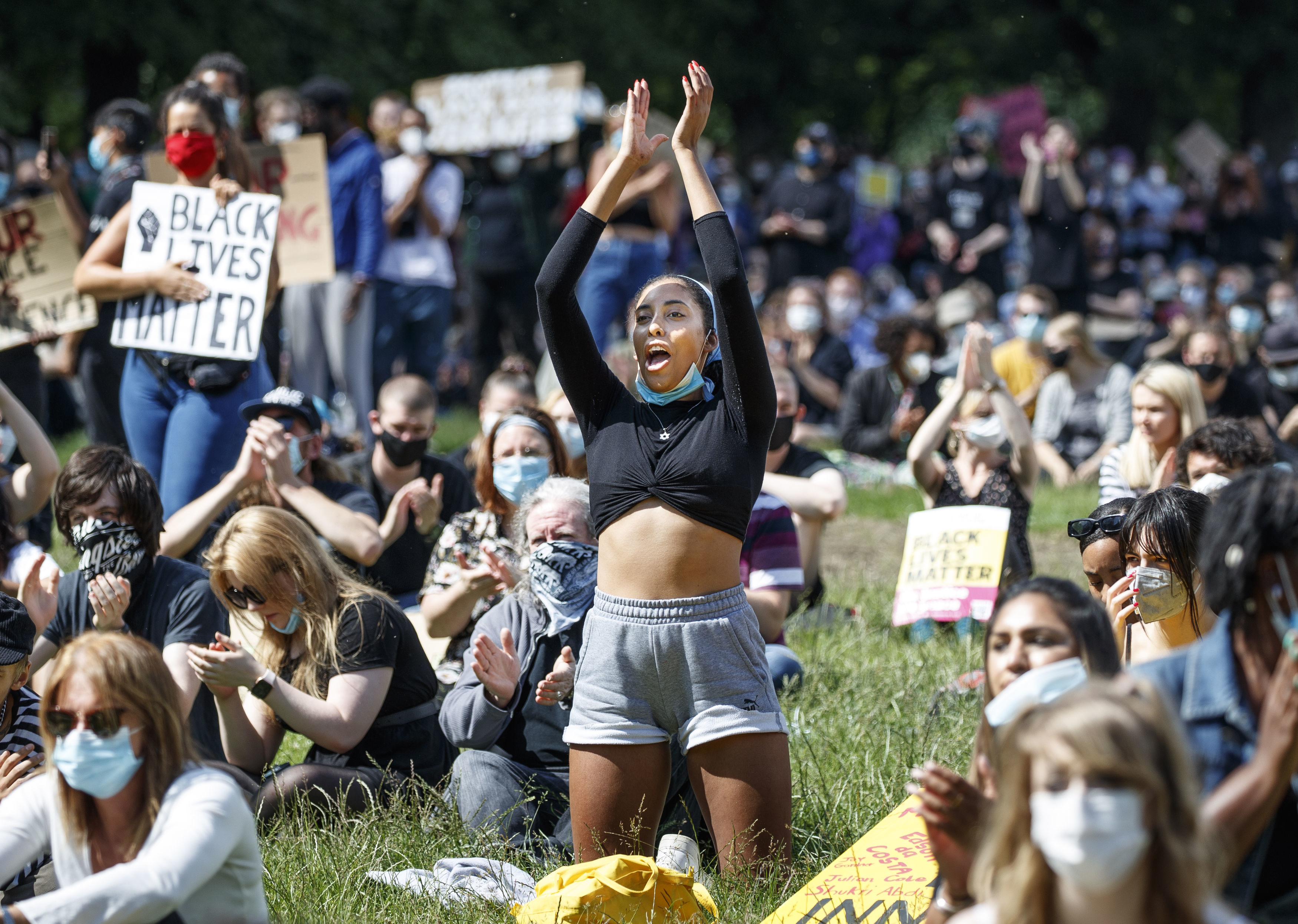