Sophia Darling was in a fever of excitement.

She had endured watching all five of her sons sailing away to fight on the Gallipoli Peninsula, in the Middle East and on the Western Front during World War I. 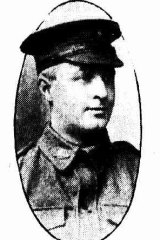 She had lived through the torture of telegrams informing her that three of the boys had been wounded — Ormond and Frank during the landing at Gallipoli, Stanley in the catastrophe of Fromelles — and had suffered the agony of learning of Ormond’s eventual death.

But now her eldest son, Ted, crippled by rheumatism, was coming home early.

Mrs Darling rushed from the family home at 515 Drummond Street, Carlton, to collect a cake she had ordered from a nearby shop for the homecoming celebration later that day.

She would never see Ted, or any of her boys, again.

Perhaps momentarily blinded — so the family story goes, according to great-niece Barbara Wright — by sand sprinkled on the tracks and kicked up by a willy-willy, she walked into the path of a tram and was killed.

World War I had laid claim to tens of thousands of Australian lives, left hundreds of thousands injured in body and mind and disrupted families everywhere. But few Australian parents bore the burden of dispatching five sons to the battlefields.

The years of long nights waiting for word and the joy and relief of preparing to welcome the first of the boys home might only be imagined.

Sophia Darling had known too much about anguish even before the war came. She had given birth to 11 children, but only six — those five sons and a daughter — had survived childhood.

It is possible to speculate that the brothers, in choosing to go to war, felt moved not just by a swirl of patriotism or the chance of adventure but by the weight of family history.

They were raised in the knowledge that among their forebears was Grace Darling, whose very name was interchangeable with the word courage.

The daughter of a lighthouse keeper on the Farne Islands in the North Sea, she witnessed the shipwreck of a paddlesteamer during a fierce storm in September 1838.

The sea was judged too rough for a lifeboat so Grace Darling, aged 22, and her father rowed a traditional fishing boat through the waves to the wreck and saved nine survivors. Her bravery was celebrated throughout the British Empire during the 19th century and into the 20th. Even today, there stands a Grace Darling Hotel in Collingwood.

The boys were also raised on stories of their father’s adventures at sea. Richard Darling signed up in the 1860s to a ship carrying troops, horses and camels from India to the British invasion of Abyssinia in 1868. Ten years of life at sea later, he arrived in Melbourne and became licensee of the Lord Brassey Hotel, South Yarra, and the Abbotsford Hotel, North Melbourne.

Sophia Darling was descended from soldiers. Her father was a captain in a mounted regiment in Northern Ireland, and an uncle had fought in the Maori Wars.

It seemed almost preordained that the Darling boys would want to demonstrate courage when war came along.

Instead, like hundreds of thousands of others who sailed to what turned out to be hell on Earth, they would discover they were merely human, with the frailties that came with it.

They would, like the majority of Australian soldiers, find themselves in and out of hospital for treatment of wounds and illness, and they would defy authority.

Even the army, keen for recruits, had its conscience stretched when the youngest Darling son, Stanley, 19, signed up in 1914.

He was discharged soon after with the explanation that “because he is under 21 years of age, and having three other brothers enlisted, it was thought right that the youngest should stop at home”.

Despite being sent home, young Stanley returned to the recruiting office in July 1915, this time armed with a letter from his father approving of his wish to serve.

Stanley, we might imagine, later had reason to wish he’d never been able to join.

He was shot in the leg during one of the most desperate and ill-conceived battles of the war at Fromelles, in northern France, where 1900 Australians died, 3200 were wounded and 400 were captured, all in a single night. 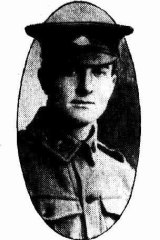 Stanley’s life after that hideous event lurched into a blur of disillusionment.

Almost certainly suffering what we now call post-traumatic stress disorder, Stanley’s records detail numerous incidents of going Absent Without Leave and, while recuperating in England, of being locked up for refusing to obey orders, including failing to get out of bed to attend parade.

Despite this, Stanley was sent back to France in June 1917. Over the next year, he was hospitalised three more times before being court-martialled in September 1918 for disobeying orders. Could the death of his mother have added to his despair?

He pleaded guilty and was sentenced to two years in prison, later commuted to six months. After two more hospitalisations, he was discharged as medically unfit and returned to Australia in January 1920.

Ormond, assigned to the 6th Battalion (Ordnance Corps), was shot in the knee while landing ammunition at Gallipoli. He was shipped back to Australia. 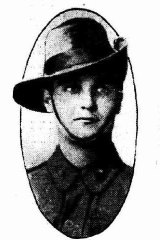 It should have been the end of his war. But he clearly couldn’t bear being told his work as a carpenter must be restricted to bench toil because of his injury.

In May 1916, aged 24, Ormond re-enlisted and was assigned to the 5th Battalion, Signallers. He was sent to France in September 1916, but spent a lot of time in hospital suffering that common soldiers’ affliction, venereal disease, after going AWOL.

In April 1917, he was admitted to the Fargo military hospital in Wiltshire, suffering double pneumonia. He died five days later, on Anzac Day, and was buried in the Durrington Cemetery.

Frank, a horsebreaker by trade, suffered a shrapnel wound to his neck during the landing at Gallipoli with the 6th Battalion. After hospital treatment in Egypt, he arrived in France in November 1916, having been absorbed by the 58th Battalion. 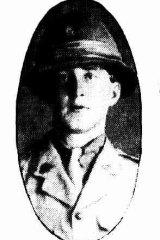 Despite being disciplined for gambling, he was promoted to sergeant. During 1917, between hospitalisations for influenza and trench fever, he saw fierce action up and down the Western Front: the Menin Road, Ypres, the Hindenburg Line and Amiens.

He returned to Australia in September 1918 on leave granted to Gallipoli veterans, serving as the ship’s quartermaster, and was discharged in January 1919.

Richard, known as Dick, another experienced horseman, was assigned to the Number 2 Veterinary Section. His job was to fit masks to horses during gas attacks. 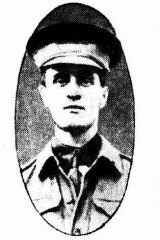 After service in Egypt, he was sent to France in March 1916 and promoted to sergeant with the 2nd Australian Mobile Veterinary section. He, too, spent time in hospital and was reported a couple of times for going AWOL.

Eventually, with the war over, he was granted special leave to marry an English girl, Selina. Dick and his war bride returned to Australia in August 1919.

Edward (Ted) Darling was, when he enlisted, married with three children, the youngest of whom, Len Darling, went on to become an Australian Test cricketer.

A bookbinder at the Medical Institute in East Melbourne, he was assigned to the 5th Battalion, then transferred to the Signallers, 24th Battalion.

Like his brothers, he went AWOL between military engagements and was later hospitalised in England suffering various illnesses.

Crippled with rheumatism, he returned early to Australia, his mother in a fever of excitement to provide a special cake for a reunion.

It was a reunion that would never come.