London: He was once known as the "lad" of the royal family, most at home surrounded by friends from the Army and the aristocracy, and possibly down the pub.

But Prince Harry this week proved he has made the full spiritual transition to his new home of California, as he let slip his new-found bond with the A-list's favourite self-help guru. 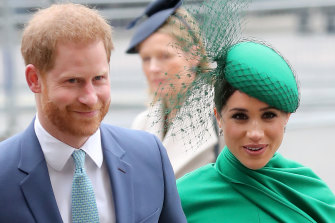 Prince Harry, the Duke of Sussex and Meghan, the Duchess of Sussex.Credit:Getty Images

The Duke of Sussex, who has recently been sporting a tan and casual clothing to suit his life in the Santa Barbara sun, disclosed he "absolutely adores" none other than Dr Brené Brown, known for her inspirational TED talks, who has become a friend. Brown, whose many notable admirers include Oprah Winfrey, and Melinda Gates, is a writer, podcaster and prolific sharer of inspirational quotes about vulnerability, courage and overcoming shame. 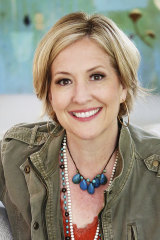 Brené Brown’s TED talk on The Power of Vulnerability is one of the most watched of all time.

Harry, who in 2019 spoke of his daily meditation habit, this week revealed that he, too, has embraced her teachings, in an excitable name-drop during a video call. As the Sussexes spoke to young leaders during an online event with the Queen's Commonwealth Trust, the Duke's face lit up with recognition as one participant, Hunter Johnson, founder of Australian charity The Man Cave, quoted both Brown and Tristan Harris, who runs the Centre for Humane Technology.

Speaking of the importance of young men embracing their vulnerable side, as well as their traditional masculinity, Johnson quoted Brown, saying: "Vulnerability brings connection, and connection is why we are here."

Smiling and turning to look at the Duchess, the Duke said: "I love the fact you're quoting Brené Brown and also quoting Tristan Harris because they are two people we absolutely adore as well, and we know. We love them!"

The couple are understood to have been in contact with Harris over their mission to reshape social media into a more "positive" community,

Once called "the closest Silicon Valley has to a conscience", he has previously spoken of the dominance of technology as the most "urgent problem" facing the modern world, saying: "Never before has a handful of people working at a handful of tech companies been able to steer the thoughts and feelings of a billion people."

Archewell, the Sussexes' future non-profit organisation, was this week described for the first time as being intended to "build compassionate communities online and off to serve our collective wellbeing".

Brown wrote for Meghan's edition of Vogue on a similar theme: the cruelty of online comments and the impossibility of being immune to their effects. Harry is known to have previously been upset by reading comments on online stories about himself and his wife. The friendship provides a new insight into the Sussexes' lives in California, where they are surrounded by a crop of rich and famous friends far removed from their lives in Britain.

Brown has been described as the "world's biggest self-help guru", with a celebrity following including Reese Witherspoon, Jennifer Aniston and Gwyneth Paltrow, who called her "one of the most influential people in our culture right now".

A research professor at the University of Houston, her TED talk on "the power of vulnerability" has been viewed 50 million times, and she has written five No.1 New York Times bestsellers. Her inspirational quotes are a favourite of Instagrammers.