THE accused look frail and harmless – like they couldn’t hurt a fly.

But they are accused of aiding and abetting some of the worst war crimes in recent history as part of the Nazi Third Reich. 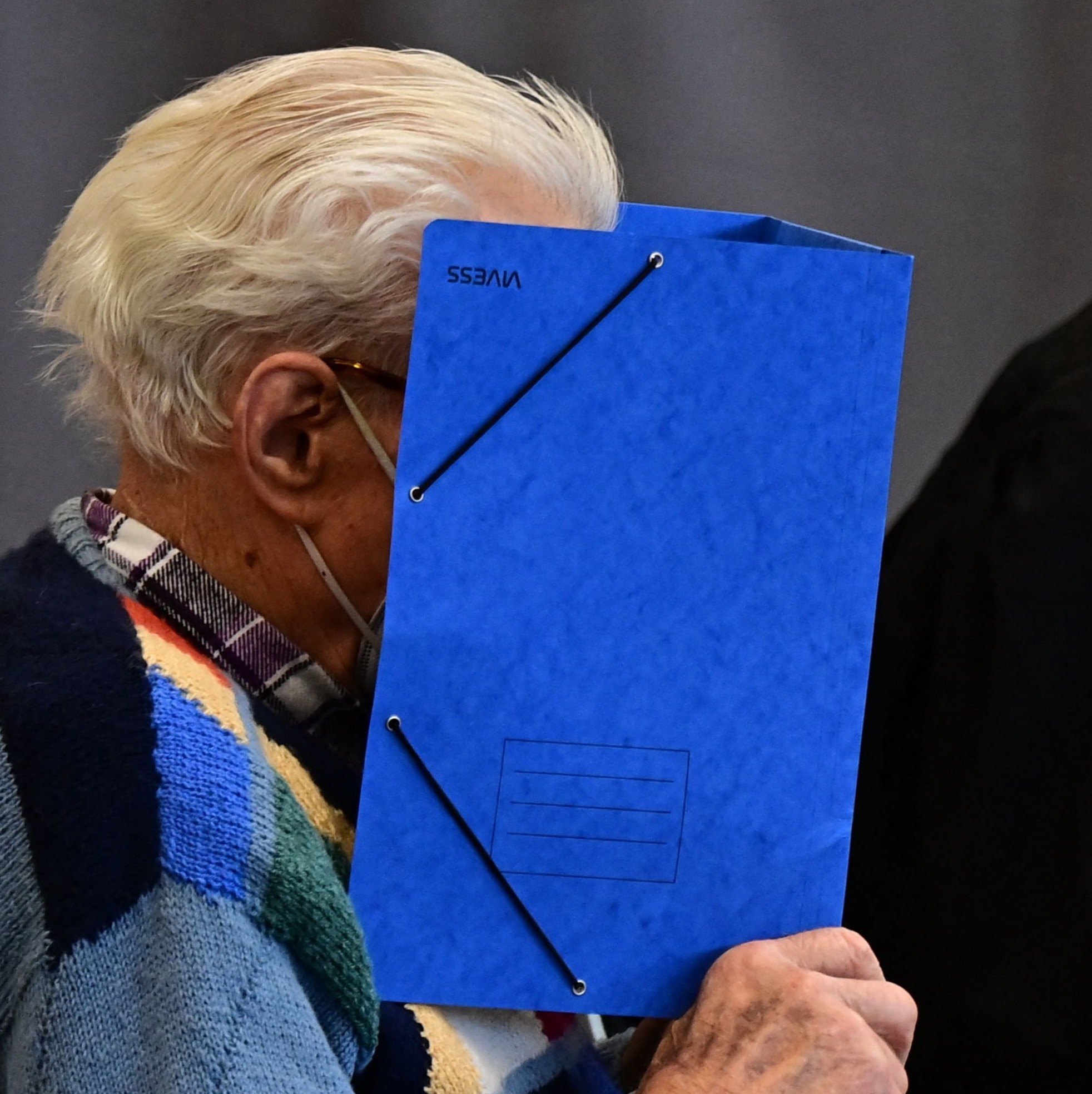 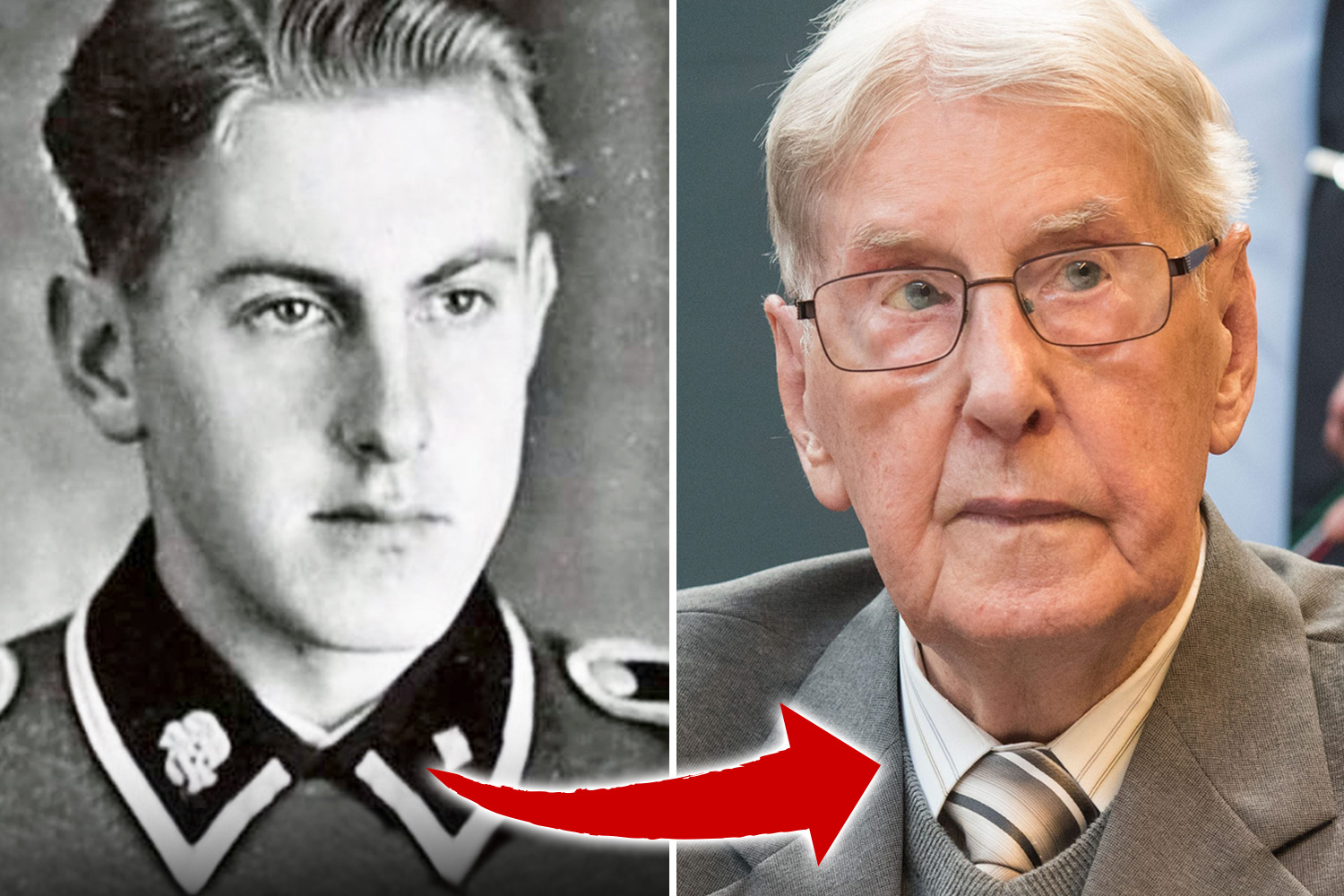 Prosecutors are currently looking at ten elderly Germans who they believe to have had a hand in murder during the war.

Among the unnamed ten is 100 year old Josef S who appeared in court in Germany charged with 3,518 counts of accessory to murder.

Josef S held a binder over his face during proceedings this week which will be time-limited due to his age.

The pensioner was alleged to have worked at Sachsenhausen concentration camp near Berlin during the second world war.

Experts estimate up to 50,000 people held at the camp died through starvation, forced labour, medical experiments and executions.

Prosecutor Cyrill Klement told the court: “The defendant knowingly and willingly aided and abetted this at least by conscientiously performing guard duty, which was seamlessly integrated into the killing system.”

The accused’s lawyer Stefan Waterkamp told the court on Thursday that his client “will not speak, but will only provide information about his personal situation”.

Lawyer Thomas Walther, who is representing survivors and victims’ relatives, said: “A man is not made of stone, not a machine. Maybe he will still say something.”

On the run from care home 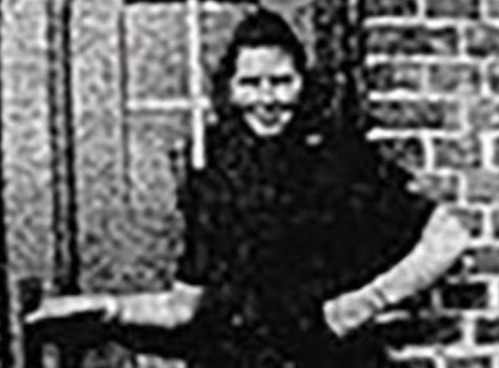 The pensioner is accused of working at Stutthof concentration camp in Germany during the war.

She went on the run from her care home last month before facing charges of aiding and abetting mass murder in 11,412 cases.

A court spokesperson said: “She left her home early in the morning in a taxi in the direction of a metro station.”

Within hours, the elderly lady was tracked down within hours and proceedings will resume on 19 October.

The alleged typist will face charges in juvenile court as she was 18 when she started working in the camp near Danzig.

Her boss camp commandant Paul Werner Hoppe was responsible for giving orders for mass murder by poison gas at the gas chamber at Stutthof where 65,000 prisoners died.

Prosecutors state that between June 1943 and April 1945 Furchner “assisted those responsible at the camp in the systematic killing of Jewish prisoners, Polish partisans and Soviet Russian prisoners of war, in her role as a stenographer and secretary to the camp commander”.

A son forced to beat his father to death

Camp guard Bruno Dey was found guilty last year for his role in mass murder at Stutthof camp after a 45 day trial.

Aged 93 while facing a German court, hewas asked if he had told his grandchildren of his cinvolvement.

He answered: "I want to forget and not go over that again."

At another hearing he said: “This is not how I imagined my sunset years,”

In the trial, 91 year old survivor Abraham Koryski told how the SS staged sadistic shows in front of inmates where a son was forced to beat his father to death.

Evidence including SS clothing labelled with Dey's name were found in 2016 and linked Dey to the camp.

As British troops approached the camp, the SS herded the surviving prisoners into the harbour area and Dey later fled the scene.

He was found guilty of assisting in the murders of 5,230 people at the camp towards the end of the war.

The figure includes 5,000 prisoners who died in a typhus outbreak because they were denied access to food, water or medicine.

Tried as a juvenile, he was handed a two-year suspended sentence. 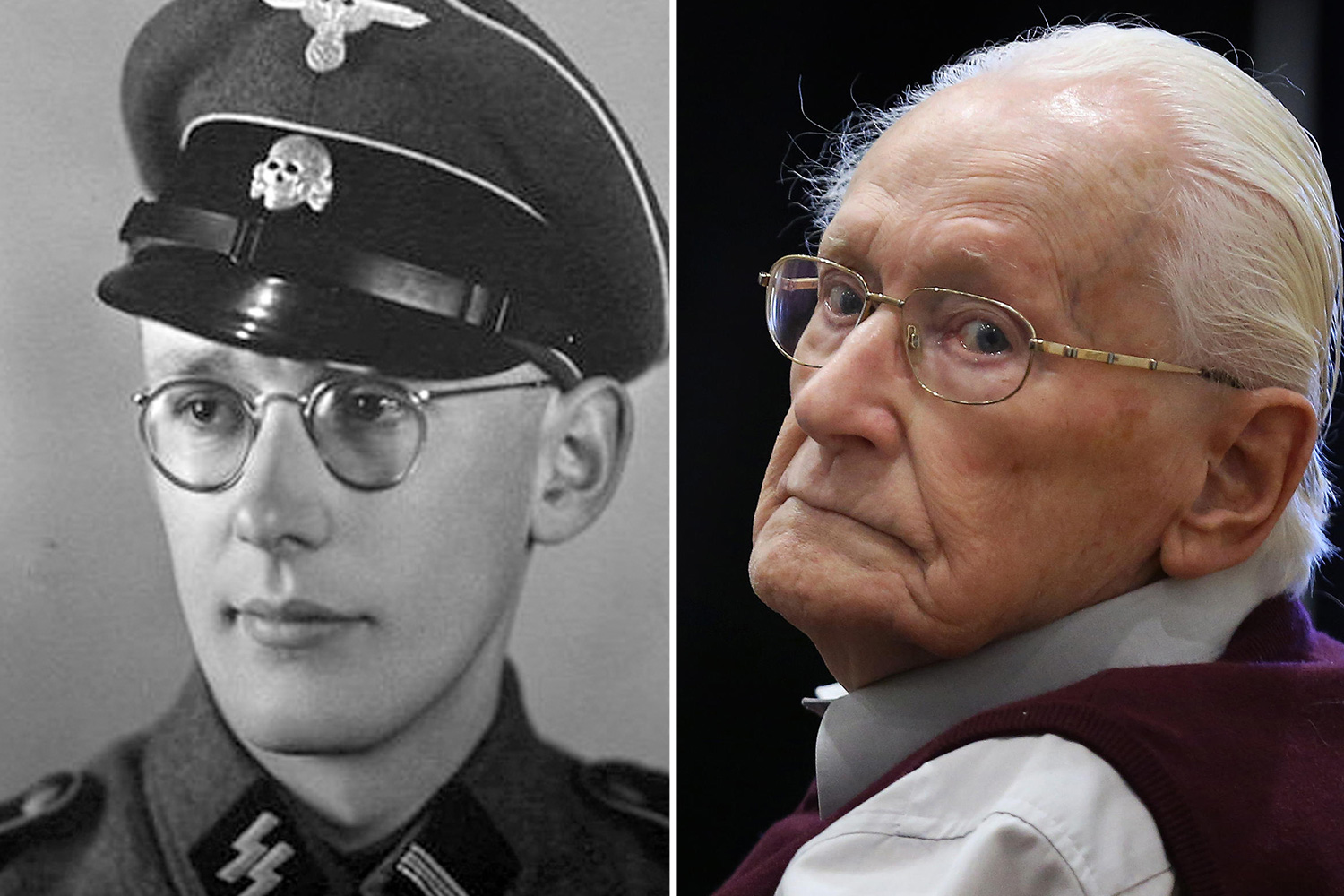 SS guard Oskar Groening – known as the "bookkeeper of Auschwitz" was found guilty of assisting in 300,000 deaths in Nazi-occupied Poland in 2016.

He callously valued and itemised jewellery and valuables taken from new arrivals at the camp from the age of 21.

Judge Franz Kompisch said Groening was part of the "machinery of death" at the camp although he was not blamed for a specific crime.

He had joined the Hitler Youth aged 17 and trained as a bank clerk before the war started.

After the war, Groening worked at a glass making factory in Lower Saxony.

In 2005, he broke cover to speak out in a Auschwitz documentary in 2005 after hearing reports of Holocaust deniers.

He said in Auschwitz:the Nazis and the ‘Final Solution’: “I saw the gas chambers. I saw the crematoria.”

Groening died in 2018 after delaying his four year sentence through appeals.

'People were shot, gassed and burned'

Auschwitz guard Reinhold Hanning was sentenced to five years for facilitating the deaths of 170,000 people.

Hanning was an SS guard at the notorious camp for two years after getting injured on the front.

At the end of his trial his lawyer read a 22-page letter from Mr Hanning outlining his knowledge of the atrocities which happened at the concentration camp.

It read: "People were shot, gassed and burned.

“I could see how corpses were taken back and forth or moved out.

“I could smell the burning bodies; I knew corpses were being burned."

At the end of the war, Hanning was captured and worked as a cook for British forces in Lage, Germany.

He spent the rest of his years working in a dairy shop in Germany which he eventually took over.

After staying silent for the majority of the case, Hanning eventually apologised to the relatives of his victims.

He said: "I want to say that it disturbs me deeply that I was part of such a criminal organisation.

"I am ashamed that I saw injustice and never did anything about it and I apologise for my actions. I am very, very sorry."

Hanning died in 2017 – one year after he received his sentence.

'Sentenced to death by hanging'

These cases came to light after a US factory worker was convicted of contributing to 27,900 deaths at Polish camp Sobibor in 2011.

Ukrainian John Demjanjuk was deported from the US to Israel in 1986, facing accusations he was a camp guard at Treblinka, Poland.

Prosecutors claimed he was the guard nicknamed Ivan the Terrible while Demjanjuk claimed it was a case of mistaken identity.

He was initially sentenced to death by hanging and then saw his sentence reversed.

Demjanjuk had served at another concentration camp.

After the war he moved to Ohio, had three children with his wife and became a US citizen in 1958.

US authorities continued to investigate the former guard and stripped him of his citizenship in 2002.

But in 2009 he was extradited to Germany and was sentenced to five years for his involvement at Sobibor.

Throughout the trial he claimed his prosecution was a conspiracy between the World Jewish Congress and the KGB.

He died in Germany in 2012 and is thought to be buried in Parma, Ohio. 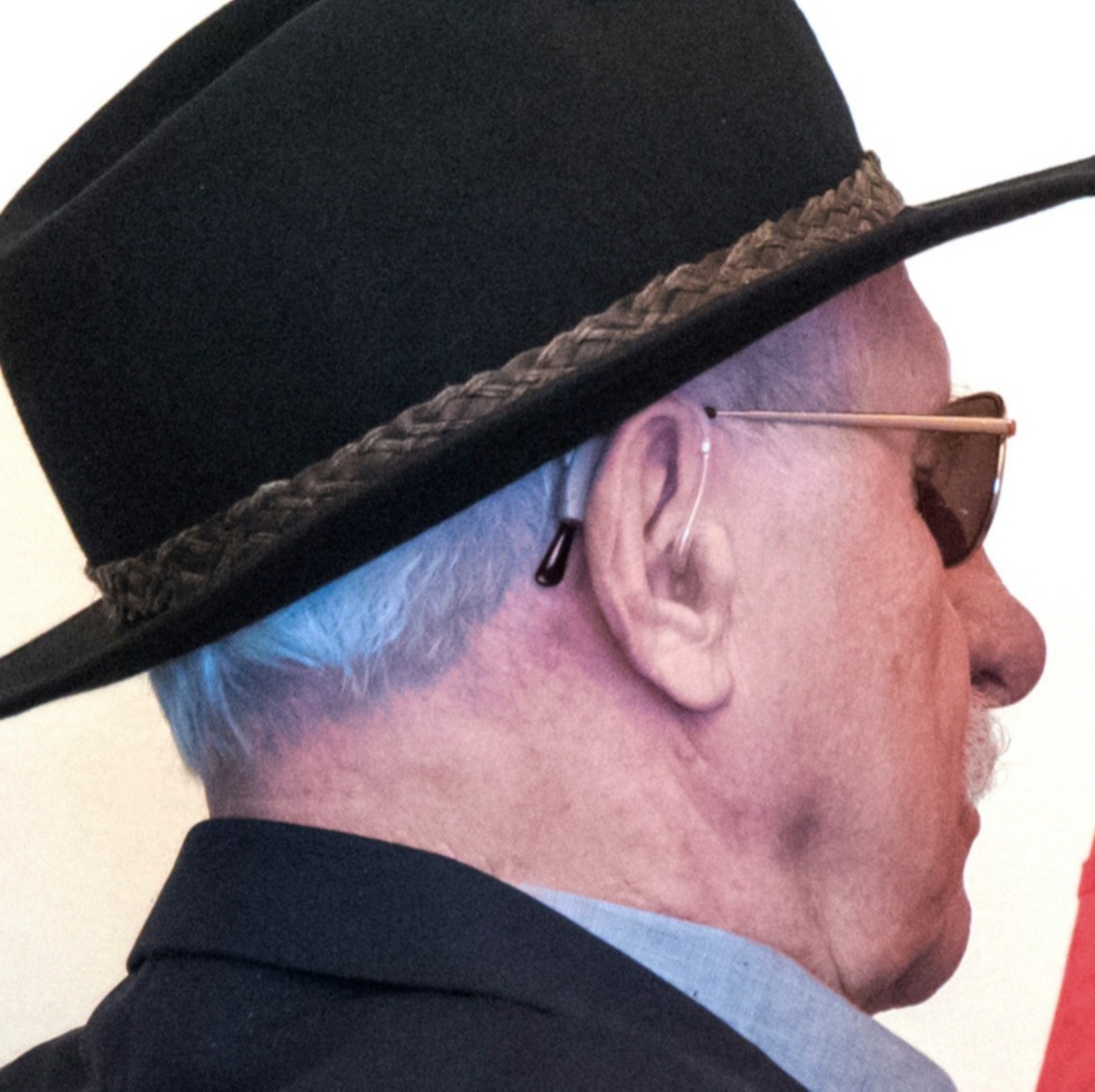 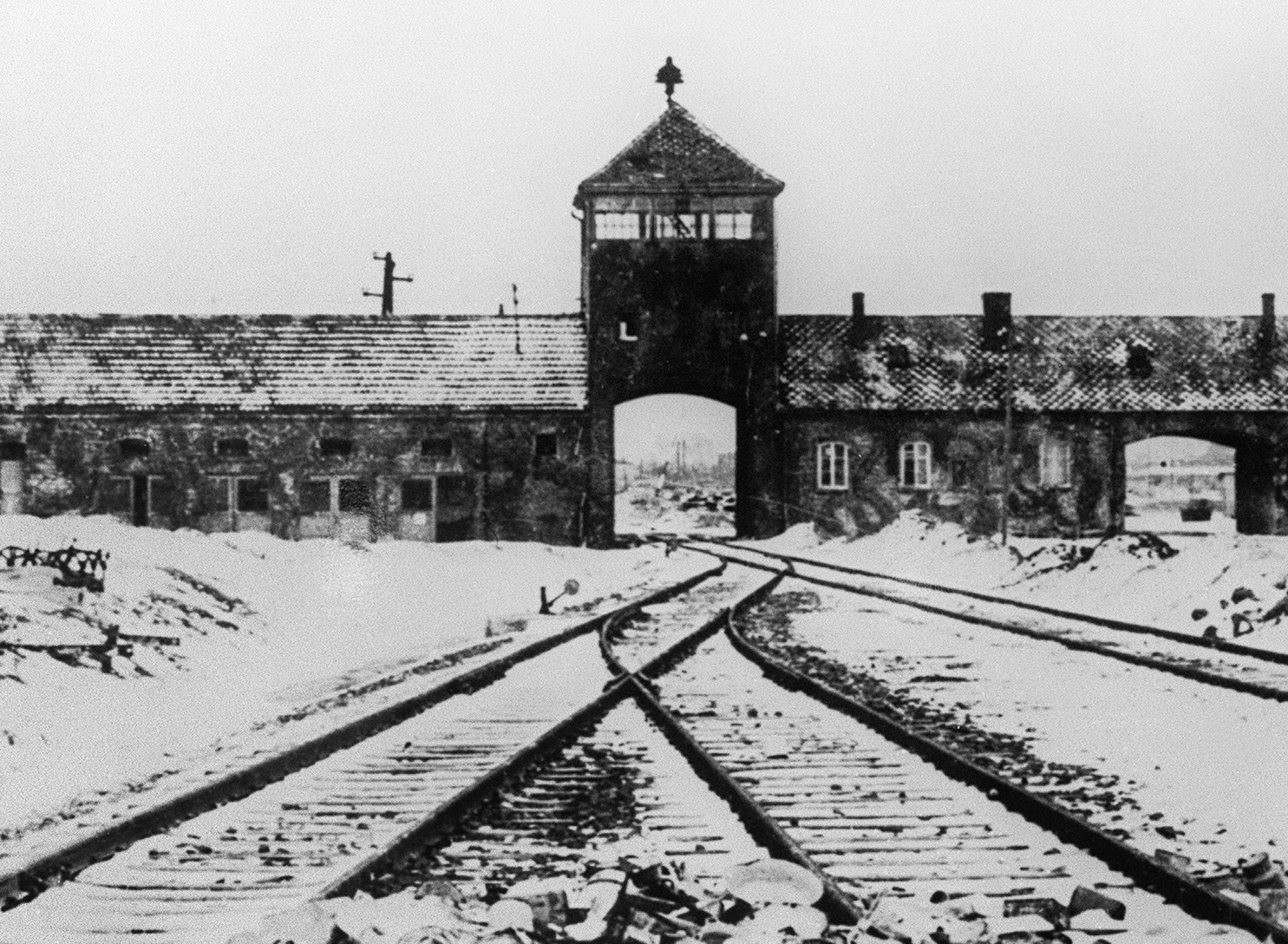 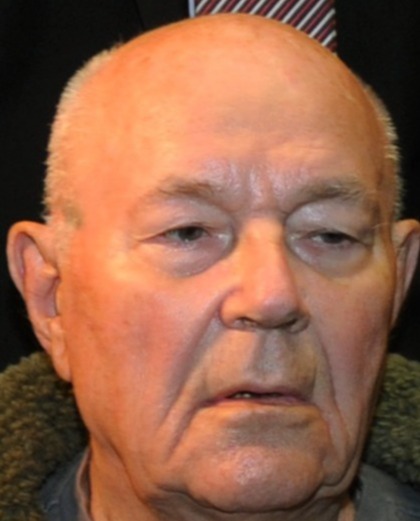