The judge’s order was in response to a lawsuit filed Monday by the Center for Reproductive Rights, the American Civil Liberties Union and two Texas law firms on behalf of several abortion clinics.

Under the temporary restraining order, abortions up to six weeks can resume in the state at some clinics, according to the ACLU.

“Every day that clinics can remain open will save countless people from the life-altering risks and consequences of forced pregnancy,” the group said in a statement following the order.

All abortions in the state were immediately halted following the Supreme Court’s decision Friday to overturn Roe v. Wade, ending a federal constitutional right to abortion. The ruling sparked protests across the country while abortion clinics and centers shut down.

Several states, including Texas, set trigger laws either banning abortions entirely or severely restricting when the procedure can happen.

The ACLU said that while Texas’ trigger law — which outlaws abortion almost entirely — doesn’t go into effect for 30 days after the decision, abortion providers were told by the state’s attorney general that they could immediately be held criminally liable for providing abortions under Texas laws the predate Roe v. Wade. 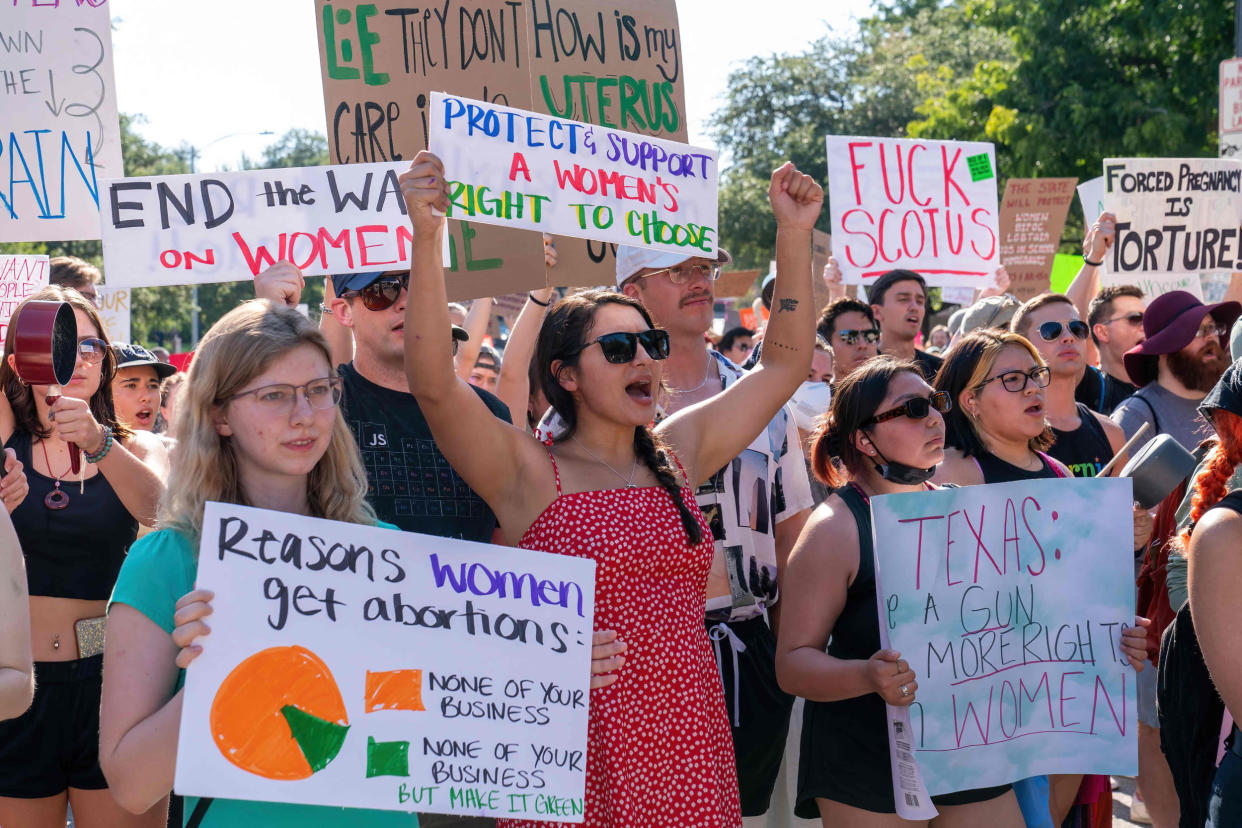 Adriana Piñon, acting legal director for the ACLU of Texas, said the lawsuit was to help “extend care for people” in the state.

“We will continue using every tool we have, on every front we can: you will hear us at the legislature; you will also hear us on the streets because Texans deserve bodily autonomy,” Piñon said in a statement Monday.

Defendants named in the lawsuit include state Attorney General Ken Paxton and the Texas Medical Board.

The temporary restraining order will remain in effect until a July 12 hearing.

On Monday, judges in Louisiana and Utah temporarily blocked trigger law bans on abortion in those states.

Orleans Parish Civil District Judge Robin Giarrusso granted the request of plaintiffs Hope Medical Group for Women and Medical Students for Choice, leading to the immediate resumption of the procedure.

“There is irreparable harm that has been shown,” Stone said. “Affected women are deprived of safe, local medical treatments to terminate pregnancies.”

Trigger laws were also being challenged in Arizona, Idaho, Kentucky and Mississippi.