A diver barely escaped with his life after a 16-foot tiger shark snapped its jaws around his head.

Shocking footage shows instructors desperately jabbing the apex predator with metal poles before it releases the victim, a Malaysian tourist, and rips off his mask.

He only suffered a 3.4-inch long laceration across his head from a shark tooth during the attack in Beqa Lagoon, Fiji. 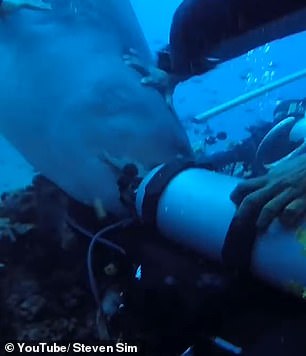 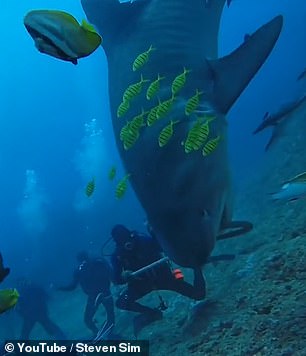 The 16-foot tiger shark snapped its jaws around the diver’s head in Beqa Lagoon, Fiji 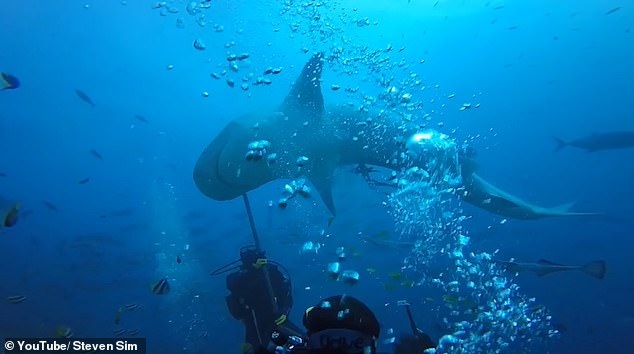 Video shows the giant shark bite into an instructor’s pole before swimming at divers in the group of around ten.

Selecting a target, the shark then clamps its jaws around a diver’s head for several seconds before swimming away.

A horrified friend, who witnessed the attack several feet below the surface, told The Fiji Times: ‘The shark turned to bite the divers and my friend was the unlucky one.

‘At that time all the dive masters rushed to push her away, but it was already too late.

‘His head was in the shark’s mouth and later the dive master managed to kick her away.’ 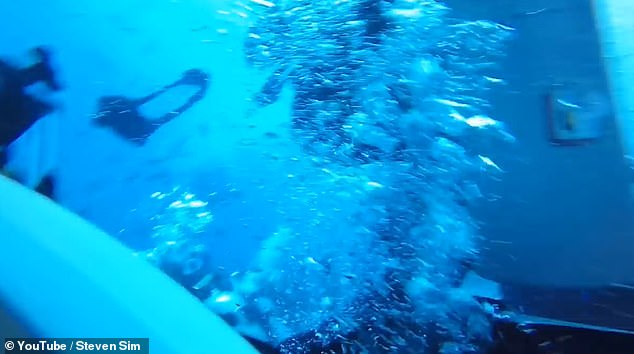 When the apex predator withdrew it ripped off the diver’s mask, which can be seen floating 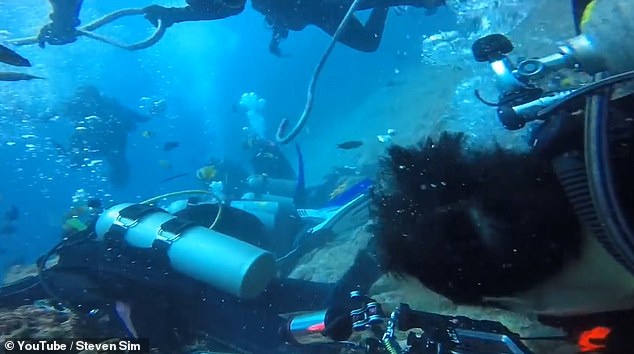 The Malaysian tourist was left with a 3.4-inch wound on his head due to the attack 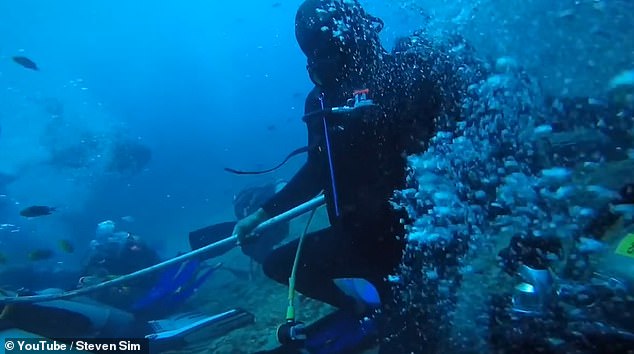 The group was hurried back to shore, where the victim was taken to a local clinic for treatment.

The friend said that while the Malaysian embassy helped them sort everything out, the tour operator, who has not been named, took five days to apologise.

It is thought that the attacking shark is the largest in the bay, known as ‘Survivor’ or ‘Big Mama’.

Other divers said tour groups regularly play ‘Russian Roulette’ with the shark, which often approaches divers and has to be pushed away with sticks and poles.

The attack was filmed on May 17 last year.