TEN transport workers in London have tragically died after contracting coronavirus, it was revealed today.

London Mayor Sadiq Khan says eight people who work on buses and a train driver are among the dead. 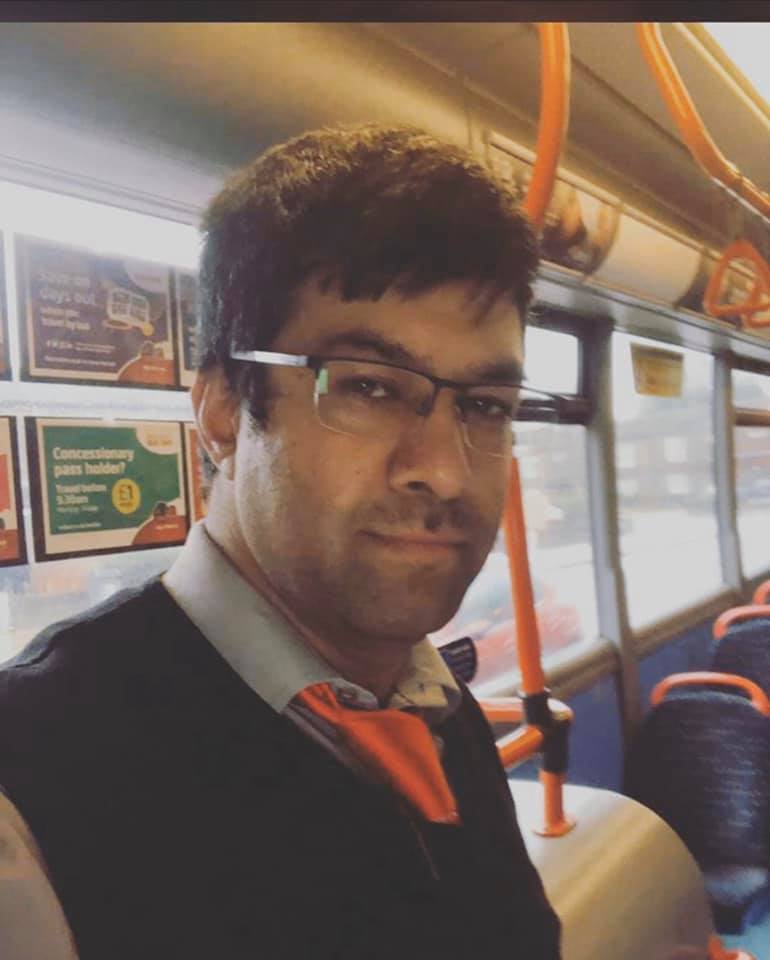 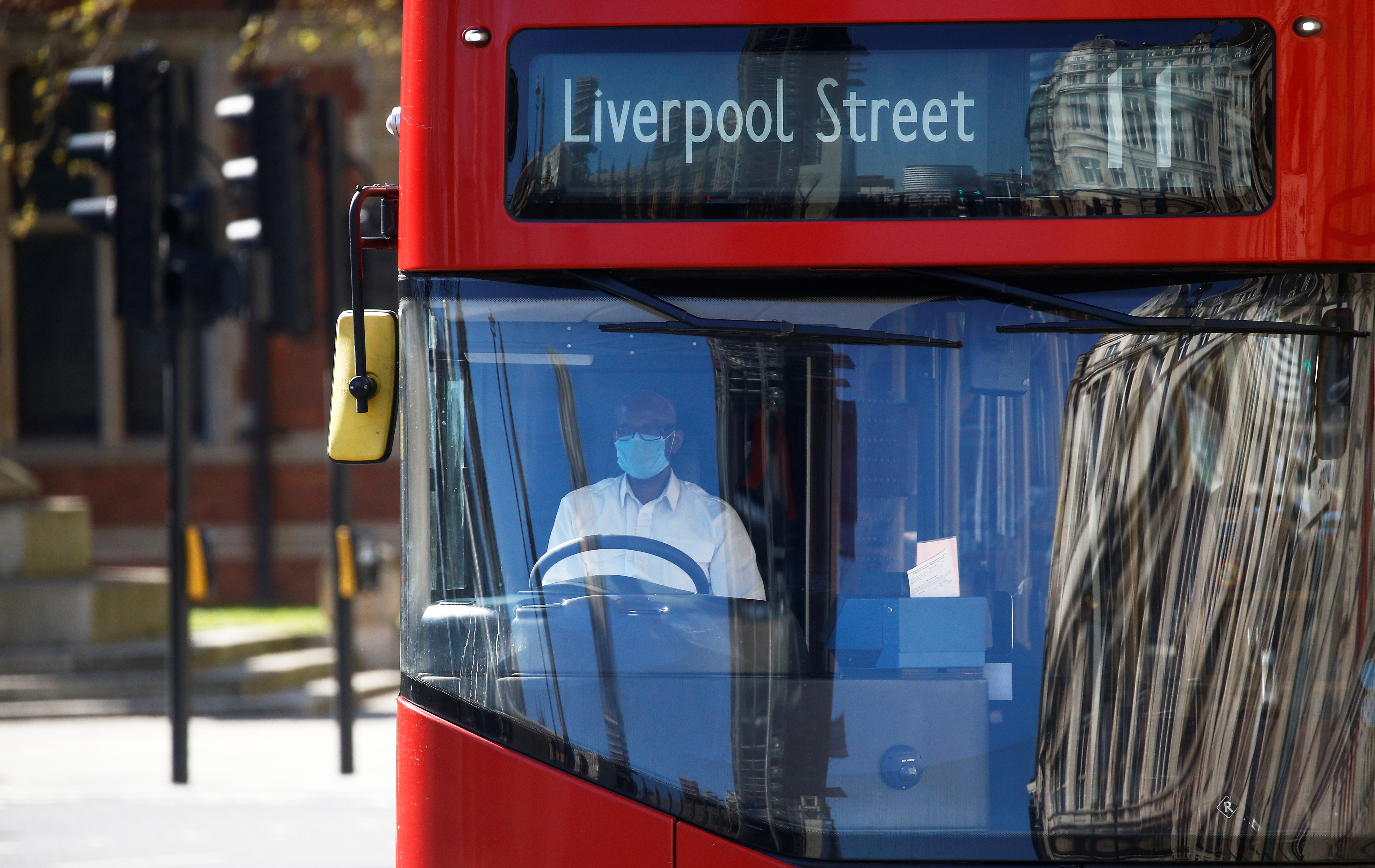 One of the bus driver has been named online as Shaheed Norman Rashid.

A relative posted on Facebook: "He was working during this whole corona pandemic.

"He was the number 8 bus driver, helping other key workers get to work, risking his own life so others can go to work and bring food to the table.

"I want people to recognise him as a hero as well as NHS staff and all frontline key workers like police, firefighters, doctors and nurses.

"We lost a gem in our family. A gem that will never be found again.

"Norman, you will be missed by everyone that you met. Your smile lit up the room.

"Caring, kind and warm are just some of the words I can find to describe you."

News of the tragic deaths comes just a day after trade union officials said five bus drivers had lost their lives to the deadly illness.

Now drivers in the capital say they're "all scared" as they don't believe they've got adequate personal protective equipment (PPE) to do their jobs safely.

James, a south London bus driver who has worked for Transport for London for 11 years, told Sky News he's a friend of one of people to die.

'WE DON'T HAVE MASKS OR GLOVES'

James said: "I used to work with him at a garage in southeast London.

"He was a great guy, always a joker, loved his wife and daughter very much."

He said there's a lack of care for staff on the frontline, and has been forced to self-isolate after contracting coronavirus symptoms.

"Buses aren't being deep-cleaned – we can see they're not even being touched," he said.

"Drivers aren't being given masks or even gloves now because we're being told to wash our hands multiple times a day."

Mr Khan yesterday said "lives really do depend" on people following government rules to stay at home, following the deaths of five bus workers who tested positive for COVID-19.

He blasted commuters who refuse to stay at home and pack onto the crowded bus and tube services still operating on a reduced schedule.

MAYOR WAS SLAMMED BY FRONTLINE STAFF

Mr Khan decided to run a reduced service for trains and buses across the capital during the Covid-19 pandemic.

Pictures taken since the lockdown began have shown workers crammed onto the captain's transport network.

The Mayor has said he can't put more trains on because a third of TfL's staff has gone off sick during the pandemic.

His decision has resulted in NHS workers claiming they are more concerned about travelling to work than treating Covid-19 patients in hospital.

The issue sparked a fierce exchange between Mr Khan and Health Secretary Matt Hancock, who demanded more trains be put on to prevent crammed carriages.

Mr Khan said he's "absolutely devastated" to hear of the drivers' deaths – and tweeted that "lives depended" on people following the government rules to stay at home.

He said: "I have been clear that our incredible public transport staff – on the buses, tubes, trams and trains – are critical workers, making a heroic effort to allow our NHS staff to save more lives.

"But we need to play our part too and that means fewer Londoners using the public transport network.

"Please follow the rules. Stay at home and do not use public transport unless it is absolutely unavoidable."

He said representatives are working with officials to ensure buses are being deep-cleaned, screens around drivers are being sealed and hand sanitiser is provided for all.

"I have been in direct contact with the Mayor of London who shares our view that bus drivers must be fully protected," he said.

"My officers are holding daily meetings with TfL, exploring further safety improvements and we are absolutely committed to doing everything in our power to make the driving of buses safe during this unprecedented crisis.

DEATHS ARE A TRAGEDY

"We are also calling on the Government to make provisions for transport workers in terms of personal protective equipment."

Gareth Powell, TfL's managing director for surface transport, said: "We have been extremely saddened to hear of the recent passing of our colleagues in the bus industry.

"Our thoughts are with their families and friends and we have been offering the bus companies for whom they worked every support possible.

"The safety of our staff and customers is our absolute priority.

"Our clear message to Londoners is simple – the transport network is only for critical workers who need to make absolutely essential journeys. Please, everyone else, stay at home, don't travel and save lives."

Today, health chiefs said there have been 4,897 deaths of people diagnosed with Covid-19 in England – but with the latest victims in Wales and Scotland, the death toll for the UK as a whole has now broken the 5,000 mark.

NHS England confirmed the latest victims were aged between 35 and 106 – with 15 having no underlying health conditions.

Prime Minister Boris Johnson was admitted to hospital last night after struggling to recover from the virus.

He is reported to have been given oxygen.

The PM, 55, was admitted ten days after testing positive for the killer bug as he continued to have “persistent symptoms” – thought to be a high temperature.

Aides became increasingly worried about his health as Mr Johnson continued to show symptoms more than a week after he tested positive. 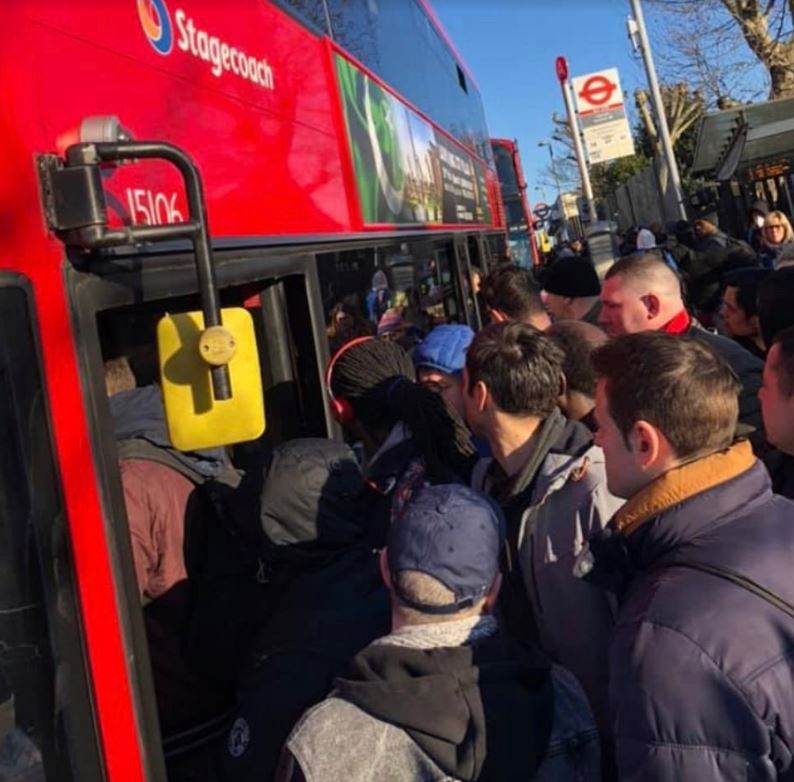 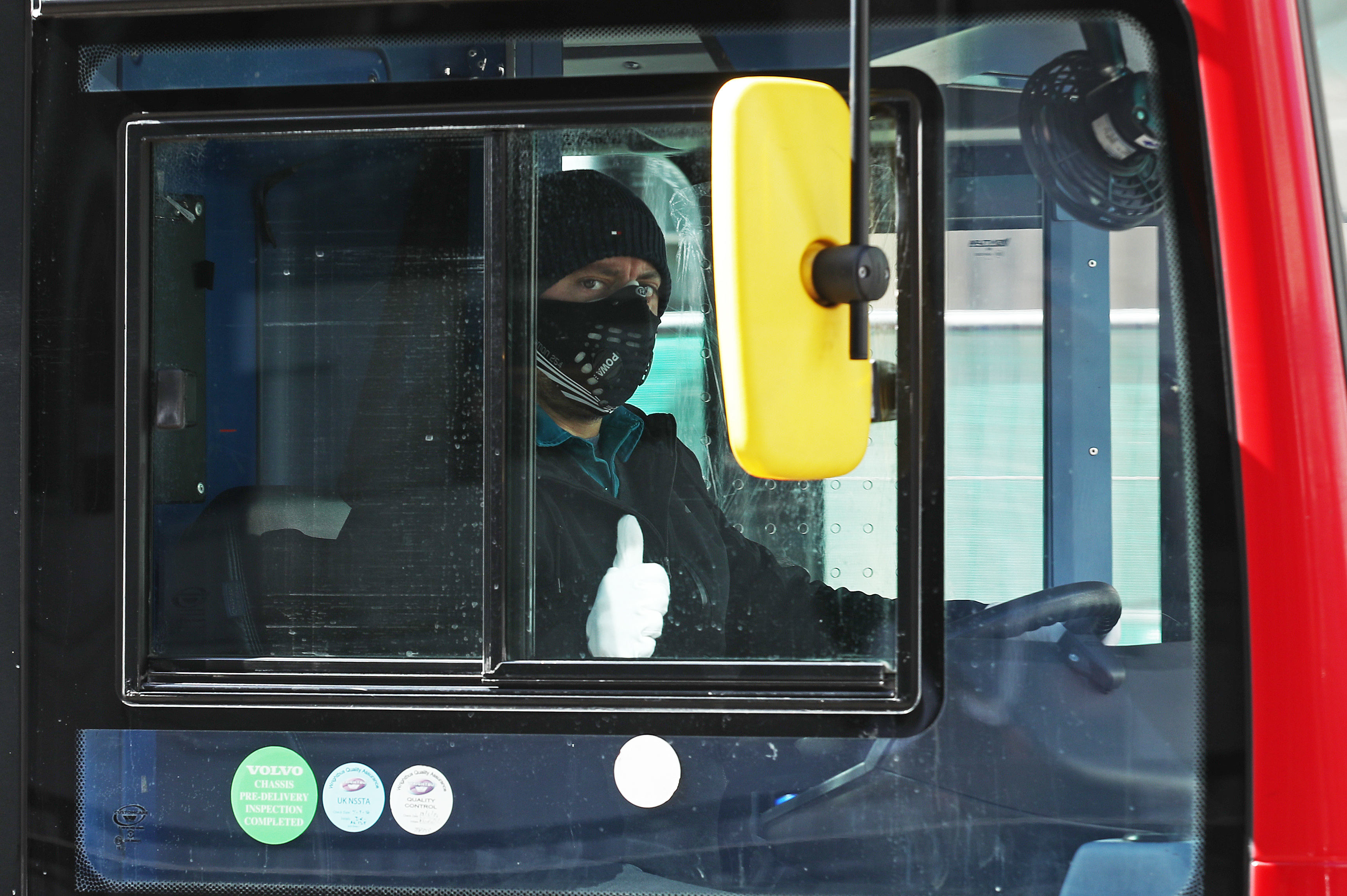 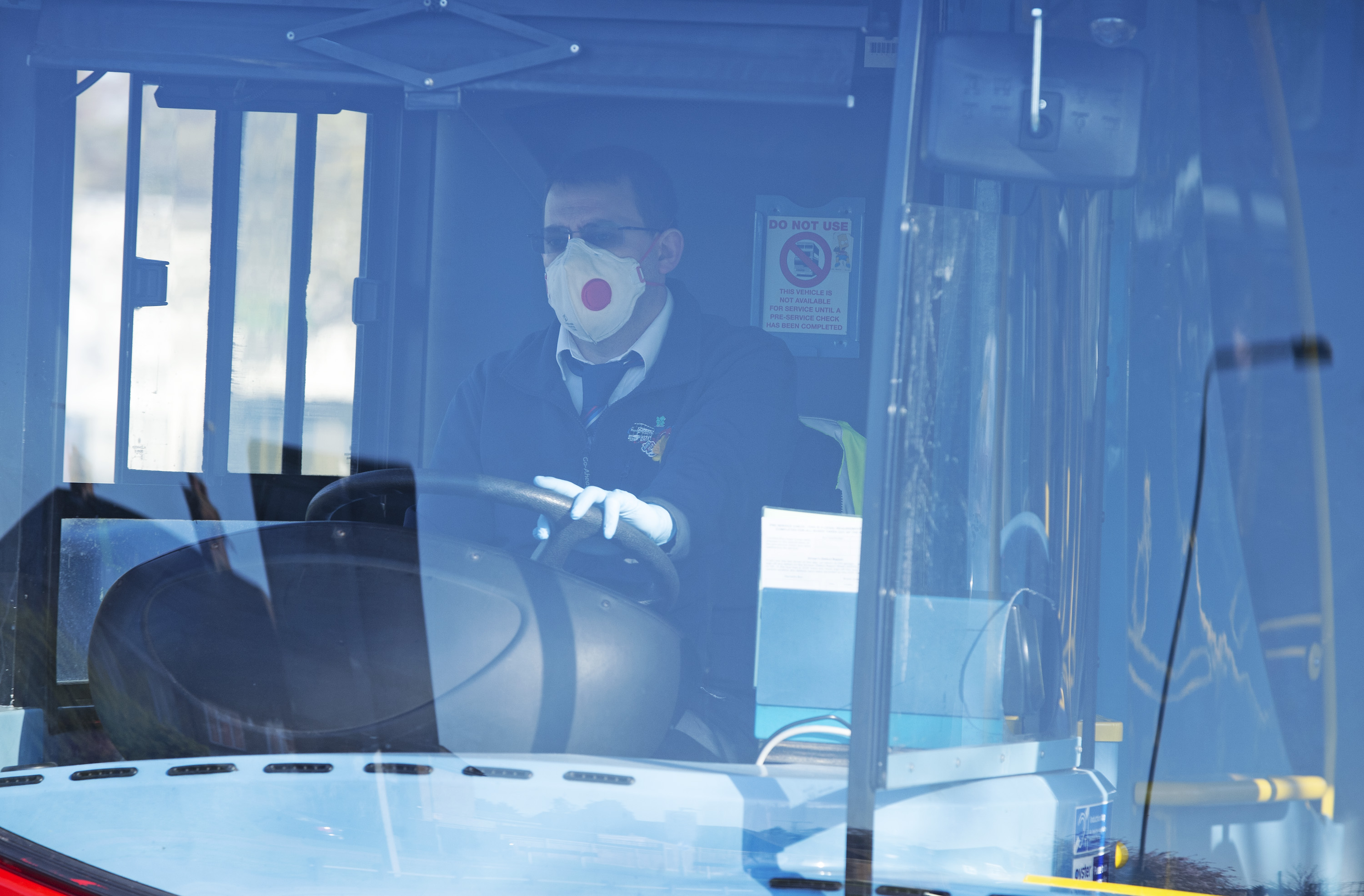