THREE teenage girls sat down for a chat on a busy railway level crossing, resting their handbags on the tracks.

They seemed oblivious to the danger on a stretch used dozens of times a day by freight trains travelling at 60mph. 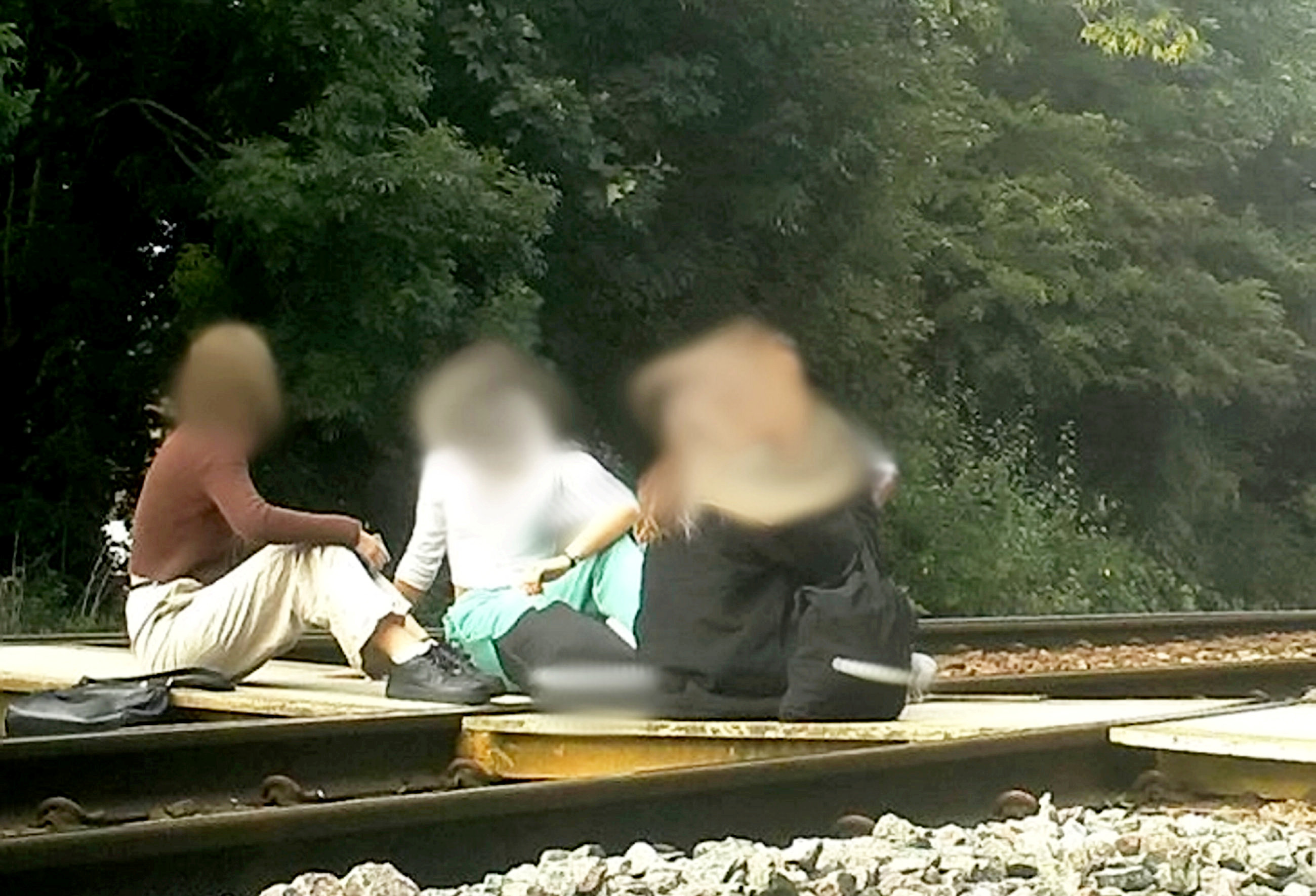 The trio were caught on a CCTV image released by Network Rail.

It has been forced to close the level crossing footpath in Burton Joyce, Notts, after 16 such near-misses in two years.

“We’ve seen too many incidents at this level crossing where people have misjudged or misused it.

"It’s never safe to hang around on a level crossing or trespass on the tracks.

“Some people don't seem to realise just how much danger they are putting themselves in.”