TWO teenagers have died after getting into difficulty in water as the heatwave death toll reaches  24.

A 19-year-old man was rescued from the sea in St Anne's near Blackpool but later died and a 16-year-old drowned in Loch Lomond. 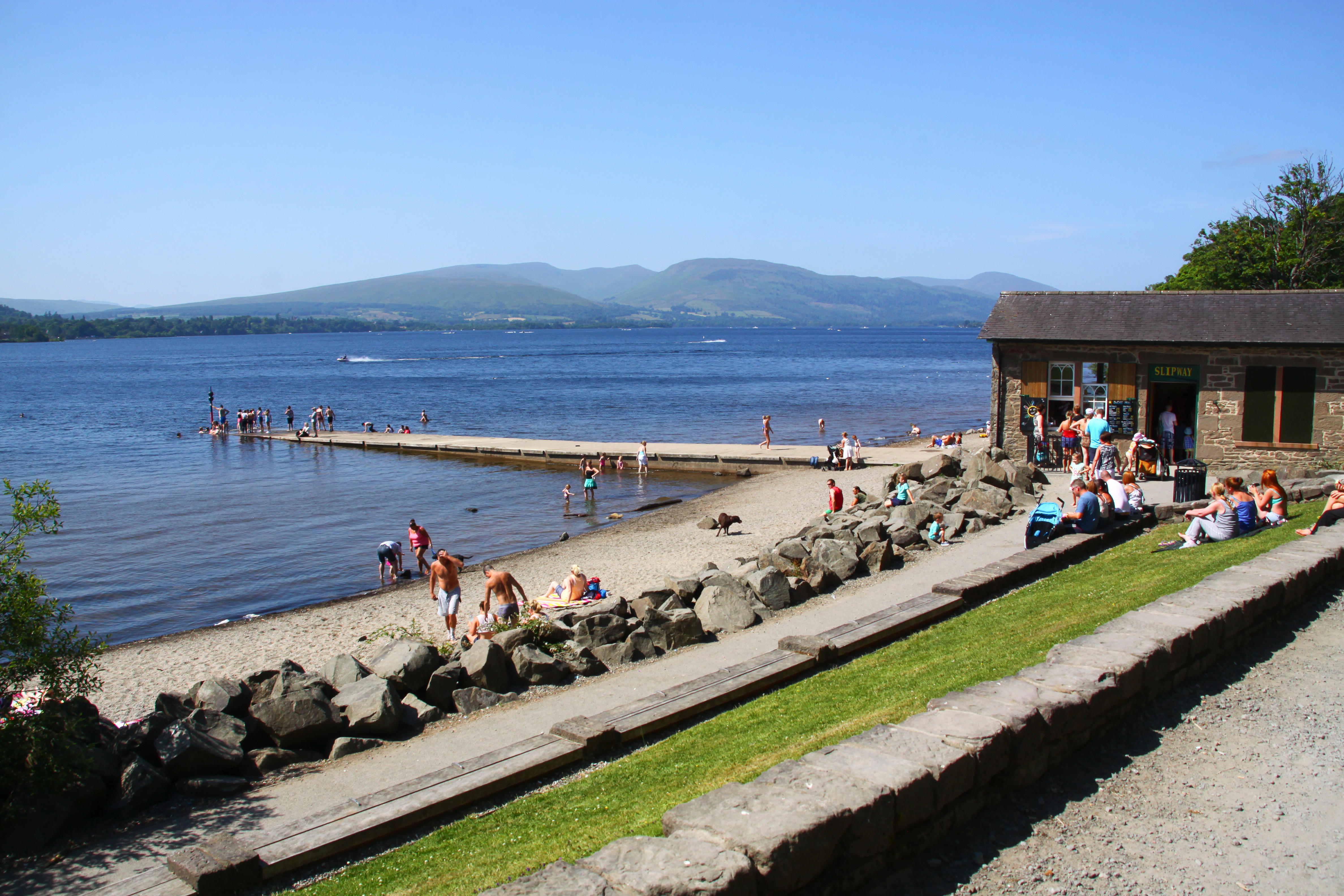 Connor Markward, 16, died at Balloch Country Park, West Dunbartonshire, after getting into difficulty in the water around 7pm last night.

Emergency services, including rescue boats and divers, had raced to the scene but the schoolboy couldn't be saved and his body was recovered from the water.

Meanwhile, police, paramedics and coastguard were called to the area by the pier in St Annes at around 7.20pm last night amid concerns a man was drowning.

The man, from Preston, was pulled from the water before being rushed to Blackpool Victoria Hospital where he sadly later died.

Three other people were also taken to hospital, reports LancsLive.

A Lancashire Police spokesman said: "The man’s next of kin are being informed and our thoughts are with his loved ones at this time.

"Enquiries are ongoing to establish the exact circumstances surrounding his death and it is not currently being treated as suspicious.

"Three other casualties were taken to hospital to be treated for water inhalation."

The string of tragedies has seen a 13-year-old boy drown in a lake while the woman in her 60s was pulled from a harbour.

A dad, 55, drowned in front of his two kids when a seaside trip ended in tragedy yesterday.

And a teenage boy was also pulled from the River Trent in Swarkstone, Derbyshire, around 11.30am after getting into difficulty on Tuesday afternoon.

And later that evening a man drowned at Stanborough Lakes in Welwyn Garden City, Hertfordshire.

Elsewhere on Tuesday, a man in his 20s died after being pulled from the sea, at Crosby Beach, Merseyside.

And in West Yorkshire, 15-year-old Caden Taylor failed to surface after jumping into the Knottingley and Goole Canal with friends.

The wave of deaths comes as temperatures soared to 32C and Brits packed beaches and lakes to cool off.

Authorities have issued several warnings about the dangers of swimming to cool off during high temperatures.

A holidaymaker in the sea near Blackpool, Lancs, died after "accidentally getting out of his depth", and 16-year-old Mohammad Abdul Hamid drowned after entering the River Eden in Rickery Park near Stony Holme, Carlisle.

A further eight deaths were recorded on Sunday – the hottest day of the year.

Lee Heard, RLSS UK's charity director, said: "Whilst we recognise how tempting it is to cool off in the UK's beautiful waterways, they hide hazards that tragically take lives each year and we urge the public to use caution when entering the water, getting acclimatised to the water temperature before jumping in.

"The difference between the air temperature and water temperature can literally take your breath away; this is called cold water shock. It is silent, invisible and deadly.

"Water can also hide debris, strong currents and sudden changes in depth that can catch out even the strongest swimmers.