Teenage passenger, 19, is killed and six including nine-year-old girl are injured as Seat Leon crashes into parked car

A teenage passenger has been killed and six others, including a nine-year-old girl, have been injured after a Seat Leon crashed into a parked car.

The 19-year-passenger died after the car he was travelling in with three other men crashed into a parked car with a couple and their nine-year-old daughter inside.

All three of the men, aged between 19 and 21 were taken to hospital after the collision on Friday at around 9pm in Rushall, West Midlands. 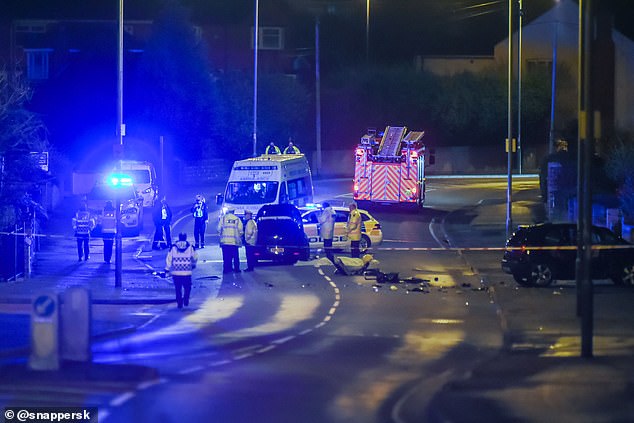 A 19-year-old passenger in a Seat Leon has died after the car crashed into a parked car in Rushall, West Midlands, last night. Pictured: Police at the scene last night 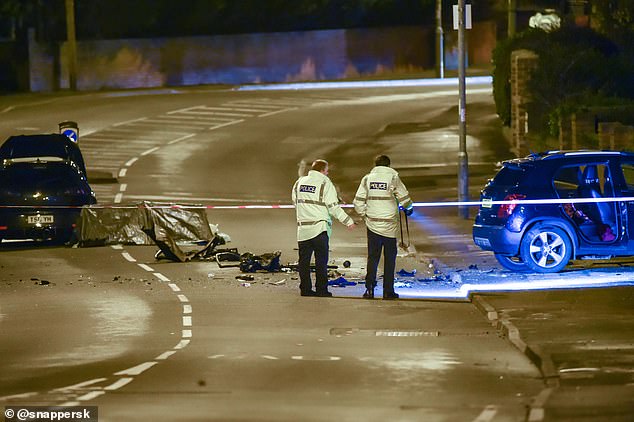 The three other men inside the car, including the driver, were taken to hospital and are said to be in a serious but stable condition. Pictured: Police at the scene last night

Police confirmed this morning that the driver remains in a serious but stable condition and the other two have been discharged.

The couple inside the parked car were also taken to hospital with serious injuries but are also said to be stable.

Their daughter was also taken to hospital for less serious injuries and has since been discharged. 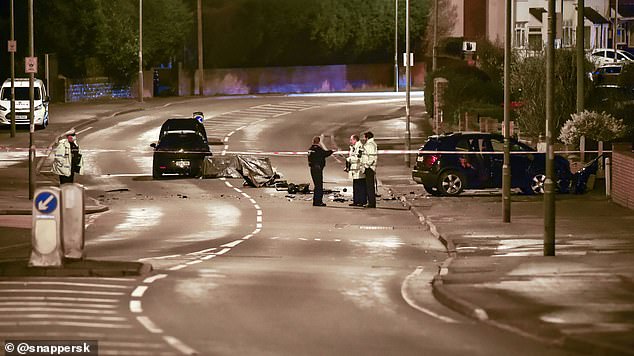 A couple and their nine-year-old daughter were inside the parked car at the time of the incident and were rushed to hospital, the youngster has now been discharged and parents are said to be in a stable condition. Pictured: Police at the scene last night

In a statement, West Midlands Police confirmed it was in the process of speaking to witnesses.

Anyone with information is asked to contact the team on [email protected] or via the live chat facility on their website.