EXCLUSIVE – ‘Please pray for my dad’: Tearful vicar’s son reveals that his clergyman father will not be leading Easter service as he fights coronavirus in intensive care on a ventilator

A vicar’s son has made a tearful video begging people to pray for his father, a popular clergyman who is fighting for his life with coronavirus over Easter.

Tom Holmes, 32, struggled to speak as he asked for prayers for Revd Peter Holmes, 65, who has been vicar of St Peter’s church in Norbiton, London, for 27 years.

‘My dad, as a vicar in the Church of England, at this time of year would usually be leading Easter services then hosting the family for celebrations with a roast meal and an egg hunt in the garden,’ he said.

‘This year he’s on a ventilator on intensive care, our family separated. If you believe that God listens to our prayer, or even if you don’t, do what you can and pray.

‘Pray for the lonely, pray for those who have lost loved ones, pray for resilience for our NHS staff and pray for us, for my dad and our family.’ 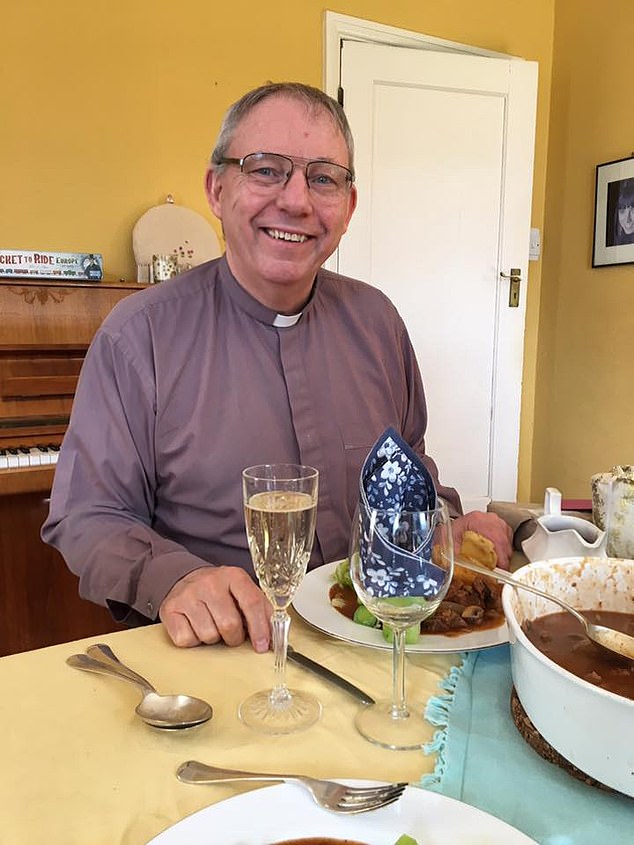 Revd Peter Holmes, 65, has been vicar of St Peter’s church in Norbiton, London, for 27 years 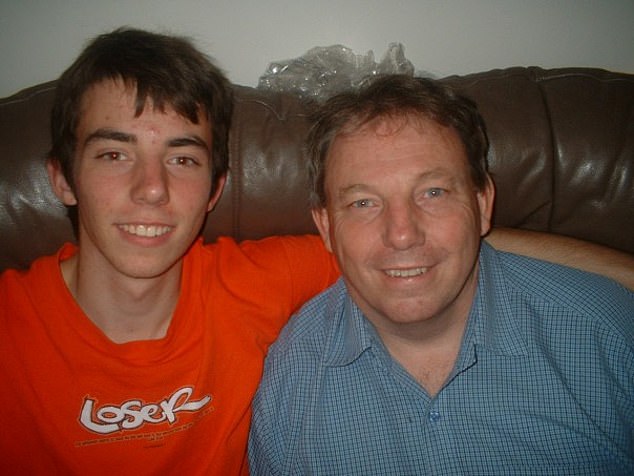 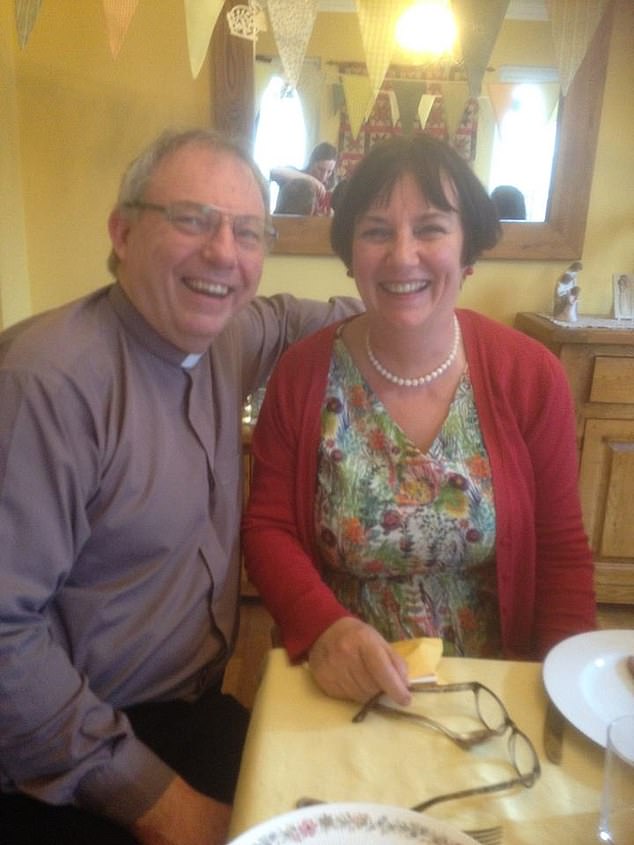 Revd Holmes, left, and his wife Carol Holmes, 62, who has recovered from coronavirus, right

Revd Holmes, a well-loved local figure who founded two small charities, remains unconscious in Kingston hospital after he was admitted with breathing difficulties on Tuesday and placed on a ventilator immediately.

After his condition deteriorated, he was moved to intensive care and placed under sedation on Wednesday. For many years he has suffered from asthma and is in a high-risk group.

The father-of-four’s final text message before being put under sedation was: ‘Love each other, love God, run for Jesus. Whichever way this goes, I love you all.’

Speaking exclusively to MailOnline, devout Christian Mr Holmes said: ‘I made the video to reach as many people who can pray as possible. If ever there’s going to be a time to mobilise people to pray, this is the time.

‘Dad’s chances are not looking good. We’re in limbo and we’re preparing for the worst, but I believe that God does listen to people’s prayers and miracles do happen.

‘Dad is in every possible risk category. This could be a tragedy but we’re hoping for an Easter miracle.’

The structural engineer added that as a religious man, his father was well equipped to face his own mortality. ‘He doesn’t face death with fear, as he’s confident of where he’s going,’ he said.

‘My dad has done thousands of funerals over the years and reassured many people that this isn’t the end and we’ll be together with Christ after death.

‘I’m sure he knows that himself as well as anybody else. Death is still an unknown but he is confident in his faith. That is reassuring.’ 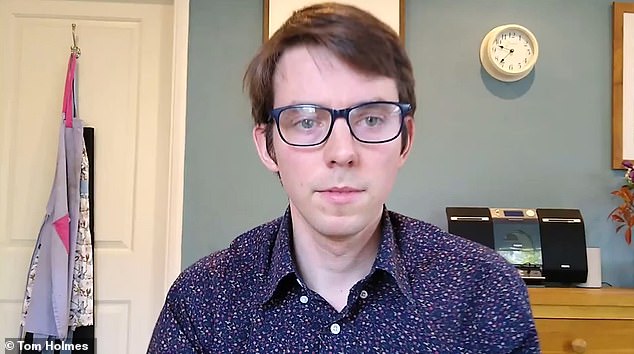 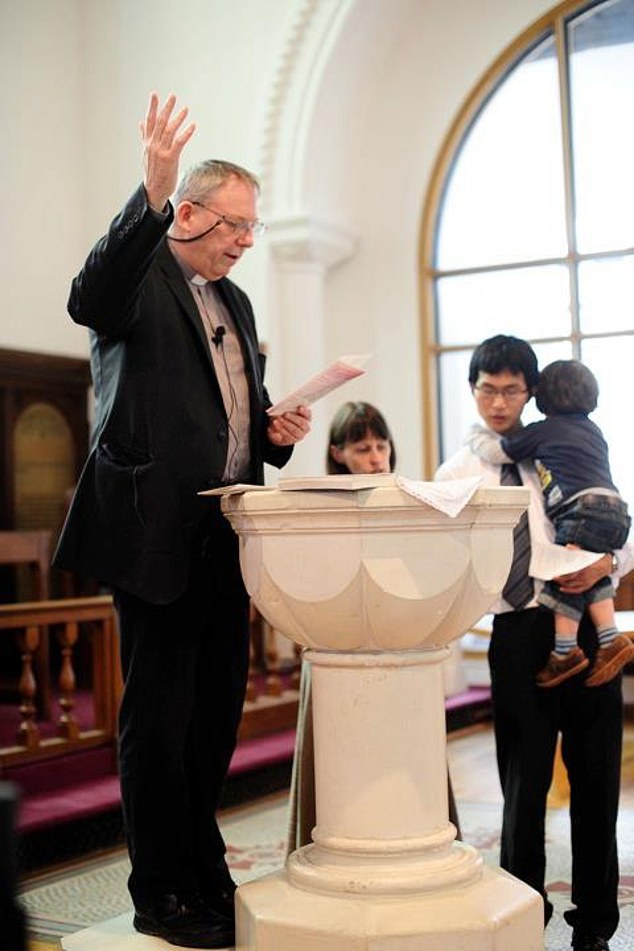 Revd Holmes conducts a baptism at his church, St Peter’s in Norbiton, London 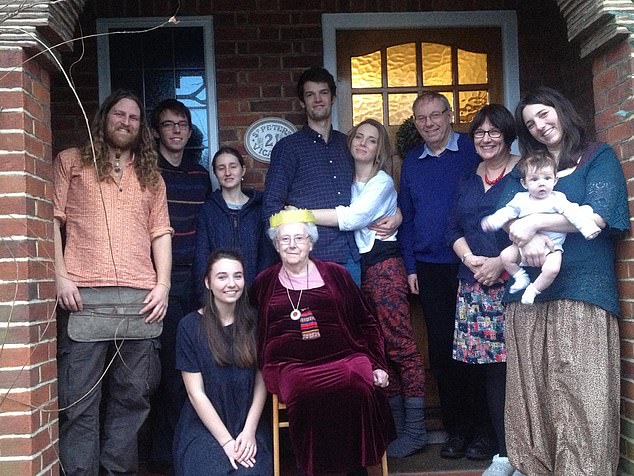 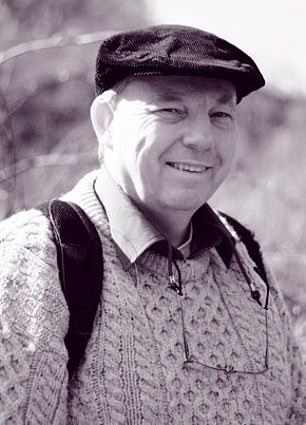 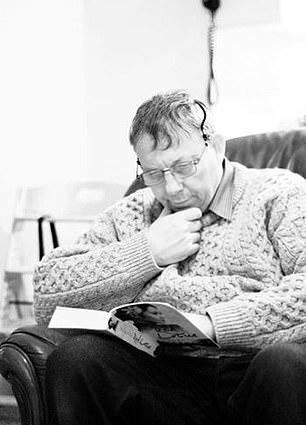 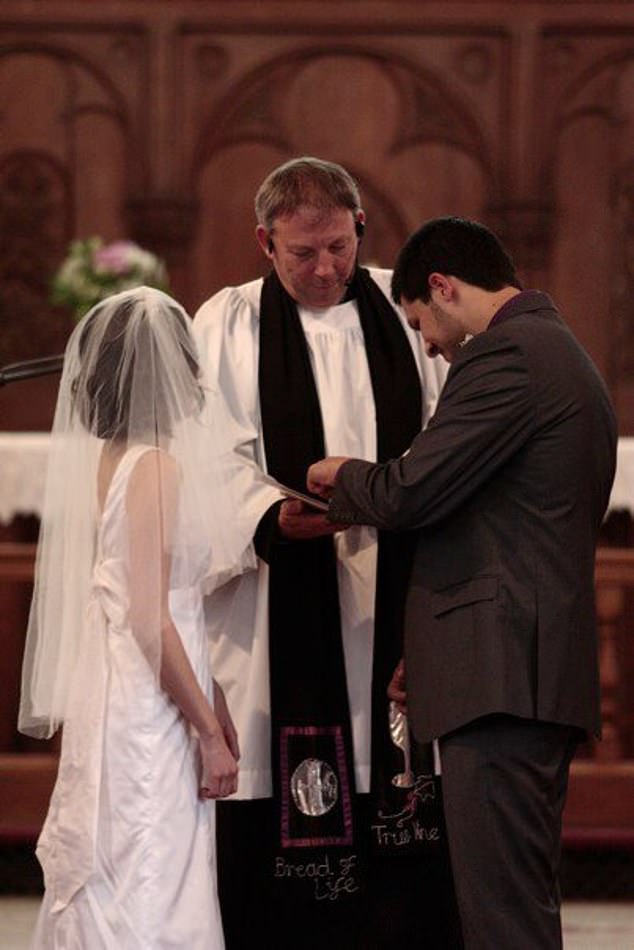 Revd Holmes officiates at a wedding at his church in London. He is now in intensive care

Since falling ill, the respected vicar and his family have been inundated with messages from congregants and friends.

Revd Holmes’ wife, Carol, 62, who also caught the virus but recovered after five days of illness, is self-isolating at home with support from her son and three daughters.

Yesterday, hospital staff were able to hold the unconscious vicar’s phone to his ear so that his wife could say her goodbyes.

Mr Holmes is at home in Bristol supporting his wife, Lucy, an intensive care nurse who is caring for coronavirus patients at Southmead hospital.

‘While I feel I should be with mum, I also have to support my wife who is working long hours dealing with the covid epidemic,’ he said.

In his video message, he pleaded: ‘NHS staff all across the country are pulling out all the stops to fight the virus so if you believe that God listens to our prayer, or even if you don’t, do what you can and pray.

He ended with a reading from Romans 5:3: ‘We also glory in our sufferings because we know that suffering produces perseverance; perseverance, character; and character, hope.’